Thanks for joining me today. I’d like to look at WWE’s main roster to see which superstars I believe should switch things up to revitalize their career and/or gimmick. It’s a personal list which is completely subjective. Of course, most of the suggestions won’t work unless WWE puts in time to build them up, nail the execution, and maintain a long term plan.

In WWE, there isn’t such thing as a true face or heel these days. I’m not sure we can label the talent anymore, as guys like Roman Reigns & John Cena blur the lines. I recently did a piece on Reigns and what could be done to help him, without “turning him heel”, yet many believe it’s the best way forward. That’s Ok, I’m not going to shoot down other’s opinions, but for the sake of argument, I’m not including Cena or Reigns as I feel their characters have been talked about enough.

To get an idea of what I mean by turning face (in WWE it’s not so easy), I’d say they’d need to do a Braun Strowman. If they were turning heel, they’d do a Nakamura. But in some examples, it’s only a matter of putting something right which was recently undone or never capitalized on. WWE’s roster is as big as it’s ever been, so it’s important to keep a balance of good versus evil. Having the options in the booking makes for better shows. While NXT has feuds like Gargano vs. Ciampa going, the main roster suffers from a lack of heated, and more importantly, memorable rivalries.

I really want to like him .. but it’s clear Titus O’Neil wants to get his brand over first. He’s been a face since debuting for NXT, and we’ve seen Apollo enjoying the little airtime he gets. It seems like Titus and Dana are carrying the load, so I’d like to see Apollo and Dana dump Titus after another failed tag team title shot. Yet, if they want to make the most out of it, the only way forward is to feud over the IC title.

Even if he doesn’t win, it would solidify him as a mid-card talent who can engage in feuds. The reactions are more for Titus at the moment, but when the time is right, he needs to make an impact. He’s far too quiet, mainly because he’s forever stuck on Main Event. If he can’t be a singles guy, then there’s always the much hungrier Mojo Rawley who could do with a partner. 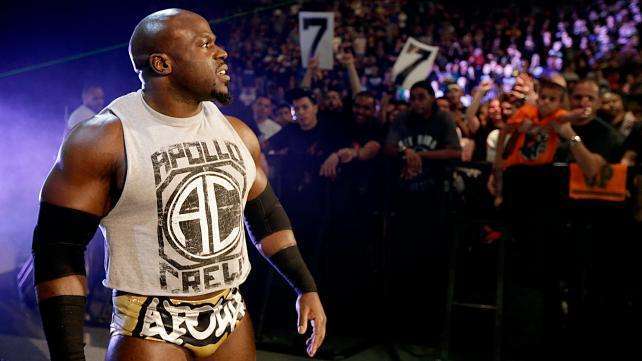 I’m totally lost with these two, are they still feuding or? I believe Sasha was briefly a heel, but then Bayley kinda put it to the side so they could fight a common enemy? We got a great, heated feud, which disappeared as quickly as it happened. Am I the only one who thinks they should have a match scheduled at Money in the Bank? Instead, Sasha is in MITB, hell, even Lana is in .. yet Bayley is nowhere.

Turning Sasha heel is too predictable but would make sense. Wouldn’t it be great though, if Bayley lost it and cost Sasha the briefcase? I think she needs to .. become obsessed, to the point it turns her against the fans. Bayley has suffered since coming up from NXT, because the NXT fans understood what she’s about, while mainstream fans either know and don’t care, or don’t care to find out. The hugger gimmick got her to Raw, but the gimmick was never her strongest point; it was her work in the ring. Bayley’s had many good matches. Granted, she’s had a few stinkers too .. but who hasn’t?

With the right opponents she can put on classics, but if she’s the face selling all the time, we only get bits of what she can do. She needs to become the aggressor if she’s to be seen as a threat to women like Ronda Rousey, Asuka, and Charlotte Flair in future. But the biggest thing is, by doing so, WWE would have to transform her in to something else. She’d need a new look, new music, and would need to refuse hugs from everyone. She’d have to turn her back on the kids, which is what would make it an unbelievable turn.

The way it’s revealed would have to be great too. Like a mystery attacker or something, who keeps jumping Sasha while Bayley denies it. I don’t know, that’s just what came in to my head, I’m sure you can think of something more creative (wasn’t that Big Cass’ angle on Enzo?). Whatever happens, she can’t just show up one night transformed. A turn of this scale must be done so it sticks in everyone’s mind. I want to see a Bayley who doesn’t rely on hugs, inflatable tube men and colourful entrances, but rather, a Bayley who relies on her ability in the ring. And perhaps sometimes, she can find it in herself to do to Sasha, what Sasha’s done to her over and over. Outside of a special club of fans, Becky lost her connection with the audience a long time ago. She’s not getting the airtime, she’s not getting the reactions like she used too, and it’s all down to lazy, shameful booking. It’s probably to do with her promos. I’ve seen many talented wrestlers buried due to their inability to be entertaining on the mic, and I think that’s her biggest weakness. With Asuka and Charlotte playing face on the same show, it feels like Becky never gets airtime unless it’s a tag match. Much like Bayley, there’s nothing she’s doing that we’ve never seen before.

I remember when Becky was a heel in NXT, as somewhat of a sidekick that Sasha Banks picked up before becoming champion. I liked it, and while Becky was pretty unknown to most, I knew she’d go on to better things. She transformed to the Becky Lynch we all know shortly after. Got to reinvent to stay relevant, and I’d like nothing more than to see Becky take over as the leader of Absolution. The chemistry would be good, and I don’t think Sonya or Mandy are over enough to be on their own; at least for now. 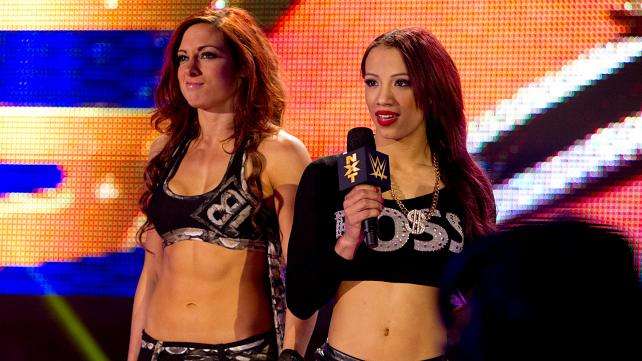 I think The New Day has been everything these guys hoped it would be. I’m happy for them, to have come so far with a gimmick which could’ve easily flopped. It’s a little dated though? Don’t you think? Maybe it’s just me. There’s so many tag teams on Smackdown, that you could easily break them up and have many challengers for The Bludgeon Brothers.