But if we’re talking about breaking up The New Day, which way would you go about it? Would you turn Big E like Seth Rollins and betray his brothers? Or would you try something a little more ambitious? What if Woods & Kingston force him out of The New Day due to jealousy? What if Big E got the shot at MITB? Perhaps Kofi and Woods want to stick to the original plan and get the tag titles back? As The Miz said, they all should have their own goals. Physically, Big E has the better chance. I was always under the impression The New Day was made to help get Big E over, and it’s interesting to see what would happen if he went on his own in pursuit of the WWE title. 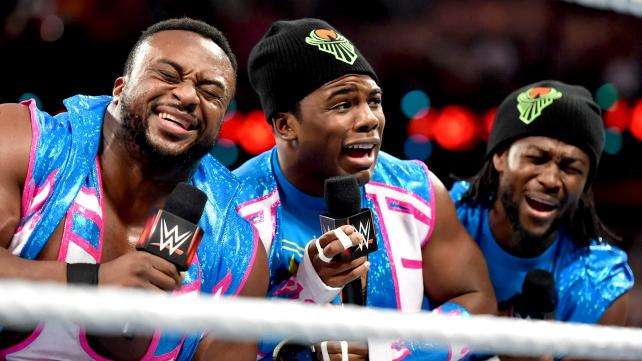 I don’t need to say much about this as it’s painfully obvious .. Roode’s best work in his career was playing the bad guy. He talks like one, he dresses smart like one. But going to Raw and losing your first match? C’mon. AJ and Samoa Joe seem to have found their way, but Roode is another TNA original struggling to make it to the big time. I loved the “Glorious” thing in NXT, but it got old fast on Smackdown Live. They need to strip that away, because Roode as a hate-filled slimy heel .. is way above glorious. When he was the “IT Factor”, one of the best World Champions Impact ever had, he really made you love to hate him. 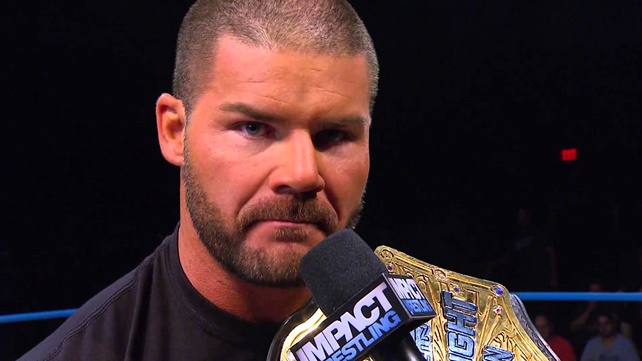 Huh? Why did I include this bozo? Because I feel for him. I actually want to see him succeed. I’m tired of seeing him lose over, and over again. I’d be happy seeing him win one match, but not as a heel. I’d like to see him change his attitude, to where he seeks approval from the WWE fans. Perhaps he could get a little story, where he goes asking WWE fans if they’d like to see him win a match.

It would be funny, and make use of his record losing streak. Fans would make fun of him of course, but it would show a lighter side if he takes it all on the chin. And then one day .. boom, he wins a match on Raw, and a star is made. Even if it’s just a few months on Raw as a mid-card face, it would be enough reward for what he’s had to go through. (I wrote this before his match on Raw)

— It’s like WWE knew what I was thinking! They had Baron Corbin come out on Raw, cost him the match, then dump tacos all over him. This is the start of a face turn for Hawkins. 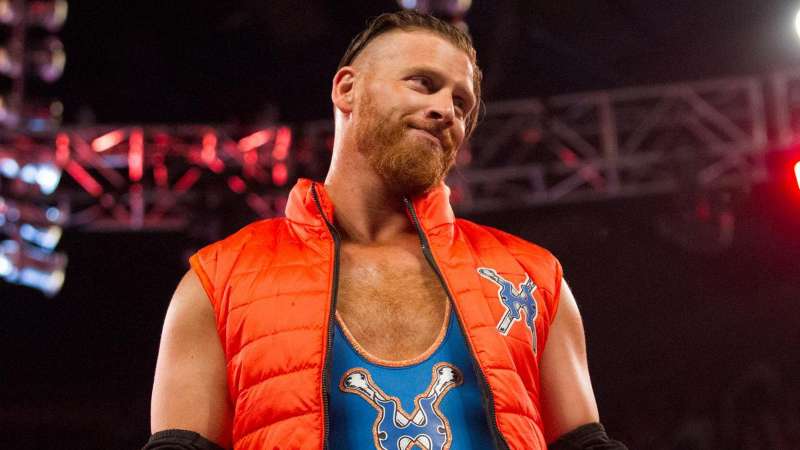 I’ve said this before and I’ll say it again, make Ambrose an intense, unpredictable heel with a hint of comedy (like Nakamura), and his career will get back on track. A face Ambrose does not work at the moment, and there’s only so many times he can be partnered with Rollins. Also, keep him miles away from Roman .. as fans will only cheer him.

I’m a British fan, so naturally I am protective of the British talent. When WWE turned him heel, I assumed he’d get more airtime .. doing despicable things. In the short-term, it helped me take his character more seriously (it was too cartoony), but he disappeared for ages, only showing up out of the blue for tag matches. It feels like he’s been overlooked.

I don’t get Cedric Alexander’s appeal, nor do I think Buddy Murphy or Mustafa Ali have the characters to carry 205 Live. Jack as a tweener, taking elements from his face and heel characters, could be enough to get him back in the spotlight .. but he also needs to drop Kendrick like a bad habit. He’s young, so I’ll remain patient. I’d love to see a Gallagher vs. Itami feud over the title, but only if Jack’s been built up as a threat.

We’ve yet to see Kevin as a guy we can respect. Some are natural born heels, and Kevin is one of the best in the business. But he’s been lost for a while, and it shows. Sami got the feud with Lashley, and their friendship suddenly ended. Owens used Stephanie to go above Angle’s head, but it didn’t do much for me. We all know Angle didn’t make the matches in the first place, he’s just an announcer posing as a GM. If this is going to lead to Owens vs. Angle .. then Ok, I guess that would be acceptable, but I think we’ve seen enough of him fighting authority.

He’s one of the most naturally gifted on the mic, so why not let him be the voice of the audience? He doesn’t need to change his attitude much, just have him side with the fans more. He can pick flaws with his opponents like no one else. We saw what he could do with Jericho when they were a team. He’s always going to be a heel in secret, and when the times right .. he’ll shock the world again. Just like when he turned on Jericho.

Speaking of shocking, I am still bewildered by the team Deleter Of Worlds. I understand what’s going on with it, as I saw the gimmick in its early forms in Impact Wrestling. For those who didn’t see all that? I understand your resistance. I said from the start that if Matt was going to be broken/woken in WWE, he had to be a heel first. It’s easier to make the gimmick annoying than entertaining, to those who don’t get it. It only became a favourite over time, as fans looked beyond the way he spoke, to the other crazy things he introduced in to the broken universe.

Having Jeff be the good guy to Matt’s broken brilliance made fans care enough to watch. They wanted to see what Matt had in store for his brother. Jeff became his “obsolete mule” after losing a match to him, meaning Matt controlled Jeff and the family brand. Jeff did as he was told, and didn’t like it. Slowly, he became frustrated and broken himself. Jeff embraced Matt’s philosophy and they turned face; and remain so to this day.

Queen Rebecca was a big part of Matt’s initial heel turn. She could play a part in how Matt works with Bray. Perhaps Matt becomes increasingly more demanding of his tag team partner? And then one day .. in a title match, Matt leaves Bray in the ring to defend the belts. This would reignite the feud, only this time, Matt plays the bad guy. He controls Bray, and having Queen Rebecca in his ear makes him arrogant about it. His mannerisms would go even more over the top, and he’d talk down to the WWE Universe.