Hi everyone! A simple list today with some of the most protected finishing moves in the history of wrestling. What do I mean by protected? Protected means the moves are very rarely kicked out of. The Stunner .. The F5 .. The AA .. The Pedigree, all being kicked out of on several occasions. I looked into this so I don’t think I missed any obvious ones, but if I did please enlighten us in the comments section. Cheers.

One of the most protected double team finishers of all time as it’s only known to be kicked out of twice. Once by Masato Tanaka in ECW, and Chris Sabin in TNA. It’s safe to say when Yokozuna drives his massive frame into your chest .. you’re not kicking out. Someone might have kicked out of it at some point .. but it’s hard to imagine. Rikishi’s Banzai Drop was rarely kicked out of as well.

Kobashi used this rarely as a super finisher after all other moves failed to win a match. It’s dangerous, so only the best wrestlers should be trusted to use it. WWE would never allow it.

Probably the most protected finisher in TNA X-Division history. I honestly can’t remember anyone kicking out of it .. it was one of those moves that had to end a match or it’d be ridiculous. It’s a super rolling piledriver .. how do you kick out of it? Answer is, you don’t.

For the longest time Jake Roberts’ DDT was the definite end to his matches. Don’t matter who you are .. when Jake drills your head down to the mat it’s lights out. Unless you’re The Undertaker.

The most destructive double team move in the history of wrestling. The 3D rivals it, but even Team 3D have used this move in tribute to The Road Warriors. Would they have been as successful without the Doomsday Device to end their matches? Hard to say. With a name like that you can’t kick out of it anyways. Like Kenta Kobashi’s Burning Hammer, except it was Mitsuharu Misawa’s version. Al Snow used a variation of it called The Snowplow, and John Cena rarely uses a crappier, safer version.

One of the most protected moves in WWE today is the End Of Days. I remember when I first saw Corbin use it in NXT .. and even now it’s hard to imagine anyone kicking out. Lesnar or Undertaker perhaps? If Corbin could even do it on them. Yet to see him do it on anyone like The Big Show, but it would be pretty sweet. 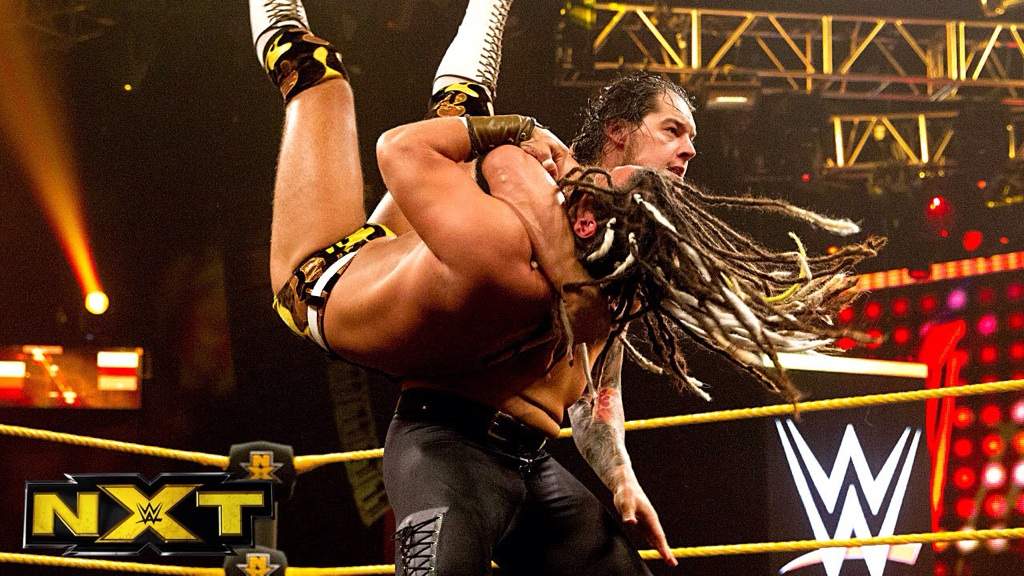 Don’t quote me on this, but I believe the Glam Slam is the most protected finisher in WWE women’s division history. If Beth Phoenix was scheduled to win, the Glam Slam would come knocking. Has anyone ever kicked out of this devastating move?

Does this need explaining? It’s Goldberg. I think it’s only been kicked out of once, and that was a botch because Kevin Nash failed to break the pin in time.

From New Japan, to NXT, to Smackdown, Shinsuke Nakamura’s running knee strike has been protected everywhere he’s been. I think only Roode has kicked out of it in WWE, and that was because Shinsuke’s leg was injured so he couldn’t get the full effect.

Not so much in WCW, but in the WWF Hulk Hogan’s leg drop always got the victory. It was kicked out of a few times after he turned Hollywood, and in his last WWE run. Even Gawker couldn’t take the mighty force of Hogan’s leg drop. Nia Jax is trying to bring it back, but it’s unlikely to get the same amount of protection. I’m a big Final Fantasy VII fan so the name reminds me of the good old PS1 days. But unlike Sephiroth, Kenny Omega’s One Winged Angel is well-protected and the only guy I’ve found who kicked out of it was Kota Ibushi.

Scott Hall has gone on record saying he only used the Razor’s Edge when it was the end of the match. Therefore, it was one of the most protected finishers in WWE and WCW history. As far as anyone knows, The Red Arrow has only failed to get a pin-fall once in WWE; against Luke Harper back in NXT. On the main roster, Neville has never failed to secure victory with it. Nowadays he prefers the Rings Of Saturn, but in certain circumstances (when the crowd deserves it) he will go to the top and unleash this beauty.

To most it’s a simple neckbreaker, but when performed by Rick Rude it became known as the devastating Rude Awakening. I could only find The Ultimate Warrior kicking out of it at Wrestlemania .. otherwise it was as reliable as his rotating hips and colourful tights.

Bryan used the Yes Lock for a long time, with mixed success. It wasn’t til he started using the running double knee did Bryan begin to pick up clean wins over guys like John Cena. It had a very high success rate. 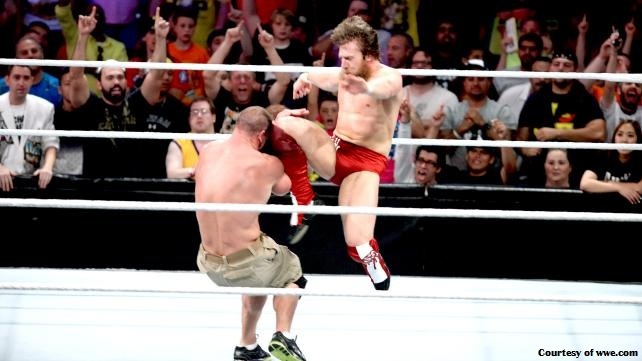 One reason why Sister Abigail remains one of the most protected moves in WWE is he rarely uses it. Much like Scott Hall, Bray Wyatt favours it when he knows it’s the end. The fact he doesn’t wrestle every week adds to the impact when we do see it. Even when done sloppily it manages to pick up wins. 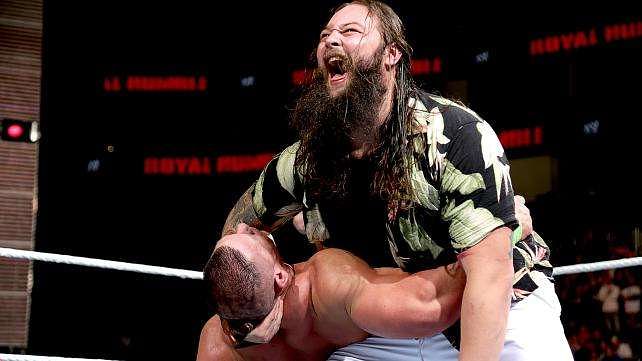 The Spear has had many variations from different wrestlers, but the success rate remains consistent. Rhino with the Gore, Goldberg’s spear to jackhammer, even Edge’s spear won many championships. Reigns continues to show us how damaging it can be. He’s got two variations, and the one I like most is shown in the gifs below. (the other is safer and not as impressive)

The move AJ Styles forgot .. or WWE told him not to use. In TNA, the Spiral Tap was known as AJ Styles’ super finisher if all other moves had been exhausted. It was wild, it was crazy, and sadly we don’t get to see it anymore. No idea why he doesn’t do it in WWE, maybe he’ll pull it out of the bag one day in an epic Wrestlemania match.

Annoyingly, Santino Marella’s Cobra was an incredibly reliable finishing move if it connected. I’ve already said how much I hated the move, so it goes to show I’m not picking my personal favourites in this list. Did you hate it as much as I do? Apparently Daniel Bryan was the only guy to kick out of it. It wasn’t just a finisher, it was a story-telling device. It was often used to write someone off television so they could rest an injury or have surgery. The move was banned after it was reported kids had hurt each other imitating Orton’s punt. 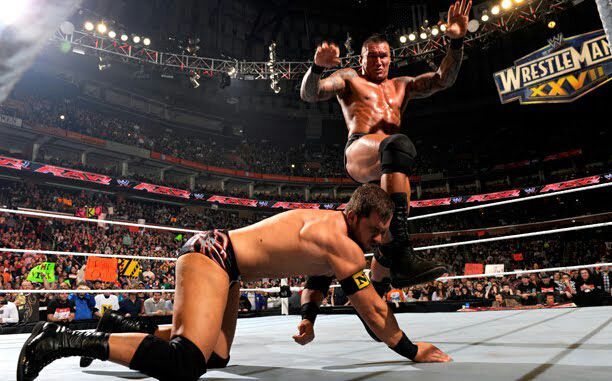 One of the most liked finishers, and for the longest time the most protected. After Batista kicked out of it in their Wrestlemania match, it became a cool trend to kick out of it in later matches with Shawn Michaels and Triple H. On any average wrestler, one tombstone would still be enough to put them down for the count 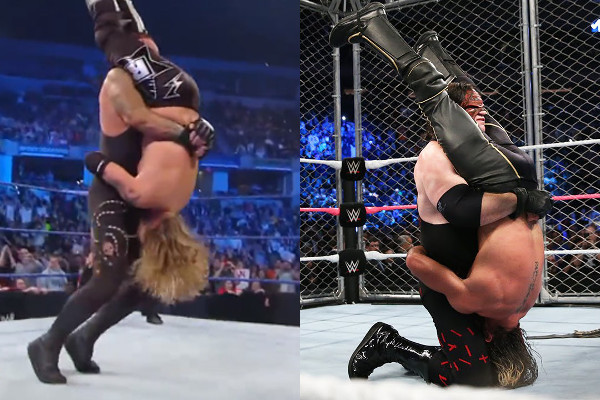 Similar to Hogan, The Ultimate Warrior’s Gorilla Press Slam to Ultimate Splash combo was the stuff of legends. No one kicked out of it, as far as I know. The fans gave their hard-earned money to see Warrior do it, and looking back it seems crazy how strong the splash is compared to some of today’s more dangerous finishers which are kicked out of regularly. 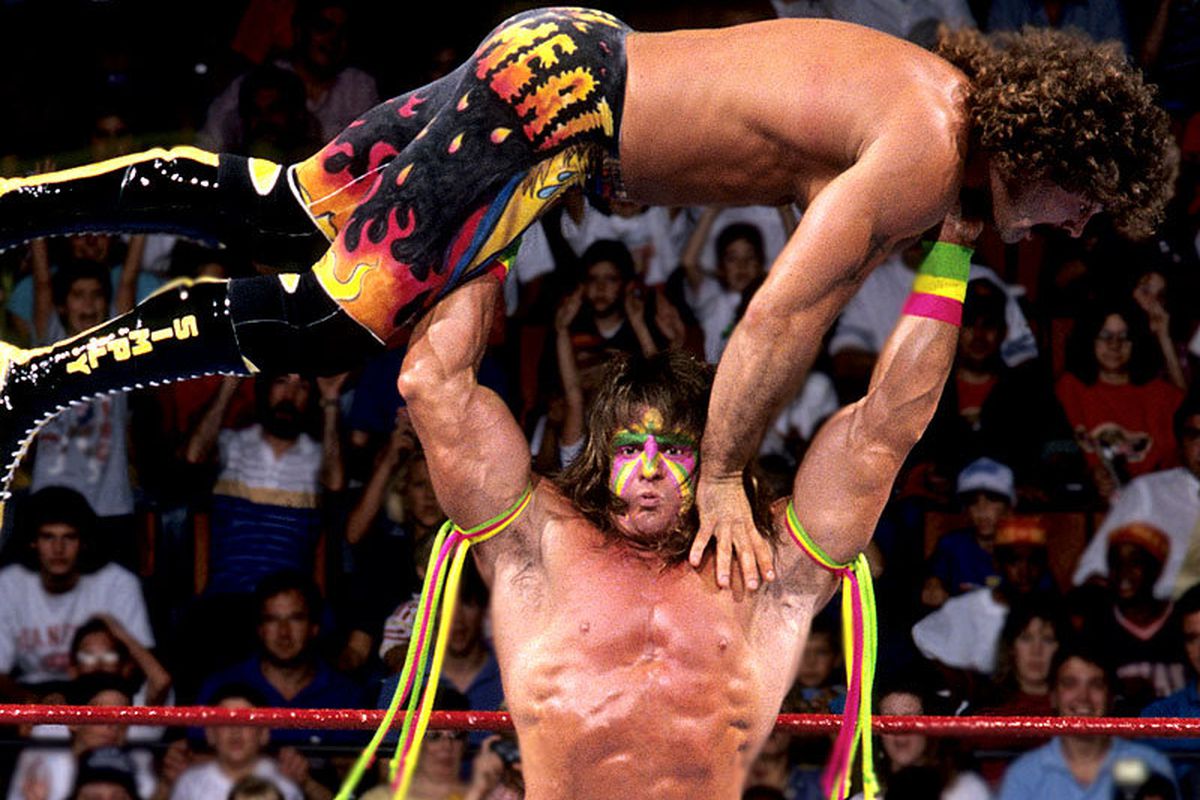 So to end this, the Weapon of Mass Destruction is a knockout punch from The Big Show. You know what irked me about the finisher when it was introduced? I began asking questions like:

I’m sure there’s way more questions. Either way, the move has also been used with brass knuckles by William Regal to great effect. I still can’t understand why Big Show rarely uses the move, as it’s far more protected than the Chokeslam or any other move he has. And it takes less effort! At his age he should just walk into every match like the gif below. And like a typical Disney cartoon .. that’s all folks! See you next time. News on What Type of Injury AJ Styles May Have