Home Articles Austin Aries: The Demise Of The Greatest Man That Ever Lived? I’m sure you’ve heard the news about Austin Aries completely no-selling this years Bound For Glory main event. Since then, he’s had a couple of mentions from the guy he lost the title too (Johnny Impact), but the company and Aries himself have since refused to comment on his unprofessional behavior. Today, I look into his recent past to show the kind of character he is.

There’s no secret that Aries has always preferred playing the heel. And he’s done it well over the years, he’s found success almost everywhere he’s gone (except WWE arguably). When he returned to TNA in 2011 he made his presence known by reviving the X-Division. His popularity skyrocketed, which lead to probably the biggest match of his career at Destination X; when he defeated long-time World Champion Bobby Roode to claim his first major title since his ROH days. He was even publicly congratulated by WWE talent like CM Punk (who was WWE Champion at the time). He was on top of the world.

But his time only lasted a few months, as he dropped the belt to the more popular Jeff Hardy at Bound For Glory 2012. Both going unused in the main event scene, former rivals Aries & Roode teamed up (The Dirty Heels) to claim the TNA Tag Team Championships. This is where things seemingly went downhill, as the “Crotch Gate” incident showed the kind of person he is; one that sometimes takes it too far. The company stated he was heavily fined for it, although no number was ever revealed. Christy Hemme accepted his apology afterwards. In the video below, Hemme botches The Dirty Heels entrance. It was right for the heels to react in disgust at her mistake, but Aries went a step too far by shoving his crotch in her face. Dixie Carter stated the company has ZERO tolerance for inappropriate behavior.

Of course some fans felt Christy deserved it, while others thought it was a form of harassment. After losing the tag titles, he returned to the X-Division which helped him get over in the first place. Yet, even after cashing in the “Option C” he founded on World Champion Lashley, he was unsuccessful. After a lackluster run in 2015, WWE announced in early 2016 they’d signed him to NXT. It seemed a foregone conclusion Aries would become NXT Champion before being promoted to the main roster.

The problem right off the bat was Aries was booked as a babyface against Baron Corbin. Fans were used to booing Aries, and the only time he made a good face was in his rivalry against TNA World Champion Bobby Roode. Aries stated his intention to become NXT Champion, so Regal booked the match and he lost to Shinsuke Nakamura at NXT Takeover: The End. WWE finally did the right thing when Aries turned heel on No Way Jose. In August of this year, Aries responded to a WWE Network post showing the work between Hideo Itami and Austin Aries at Takeover Brooklyn II. Aries felt insulted WWE continued to use him to promote their products despite being Impact World Champion:

Aries: “Ahh yes, my reward after giving @WWENoWayJose the best feud and match of his @WWE career. My first meaningful win in @WWENXT and any equity I’d earned is immediately discredited. And what’s either guy done since? Great success? Do post more @WWENetwork clips of me. RESPECT.”

No Way Jose posted a response to this, showing Aries literally fading from WWE memory with a sad emoji face:

Some fans seemed to wonder “who hurt you?” as he sarcastically complimented No Way Jose for his reply. Some say he was just working fans with his attitude.

“Well, this reply instantly got you more over with some wrestling fans than anything you’ve done in @WWE recently. I don’t even work there and I’m still getting you over! That’s how good I am at what I do! Anytime you’re free, love to dance again…”

Aries teamed with former ROH buddy Roderick Strong in the Dusty Tag Team Classic, but they were eliminated early due to an injury. In a match with Shinsuke Nakamura, Aries picked up a serious eye injury. At a live event, Shinsuke Nakamura kicked him too hard and he ended up needing permanent titanium plates to support his eye. Aries laughed it off and seemed in high spirits despite being forced out of action for months.

He didn’t want to be forgotten, so WWE had him commentate at WWE Roadblock. He also helped on commentary for 205 Live and Main Event. He had some cracking moments at the table, with some very non-PG comments slipping in there. He really does have a big package.

While taking an interview with Neville, Aries turned face by attacking the Cruiserweight Champion. He went on a winning streak, ending with a five-way which earned him a spot at Wrestlemania 33. Many fans anticipated the epic match that would unfold between Aries & Neville, and some were hoping it would be on the main show. It wasn’t, in fact .. it was the first match on the pre-show when half the audience hadn’t gotten into the arena yet. Aries had much to say about this decision later. Aries did not win the Cruiserweight title.

He fought Neville at Payback and Extreme Rules again for the title, but fell short of the target. After the match at Extreme Rules, Aries could be seen on the outside visibly fed up. When the camera panned to his face, he gave a smirk which can only be described as a no-sell of the situation. He’d just been beaten for the third time in a row .. yet he’s smirking? Unsurprising what came next. Maybe coincidental, but the same smirk can be seen in his last Impact Wrestling promo. 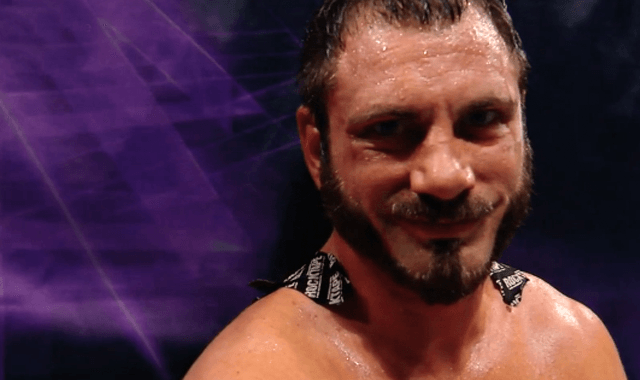 After the loss he tweeted: “And with that, it might be time for some serious life reflection and career reevaluation…[email protected] #ExtremeRules”. He was released from contract shortly after, and Austin spoke about his time in WWE in late-2017. It was initially rumored he asked to be let out of his contract, before reports suggested he was very unpopular with writing staff and backstage.

Aries: “The truth behind why Austin Aries was fired isn’t because creative couldn’t find nothing for me. How do you not find something creative for Austin f****** Aries? The truth is, I got let go because I probably deserved to be. They didn’t find anything for me because they didn’t want to find anything for me because I was f****** miserable. I competed at WrestleMania 33, and I’m telling you, leading up to what should have been the biggest moment of my life, I couldn’t find an ounce of joy. That’s when I realized, there was something wrong with me. In six months, I lost my job. Relationships with people I cared about were tarnished.”