WWE heads back to Saudi Arabia (in case the superstars themselves haven’t reminded you enough) for Crown Jewel this Thursday. Unfortunately for the travel crew, this is probably going to be an arduous week. In the first PPV since WWE’s underwhelming draft event, let’s take a look at how each match on the card is going to go down. 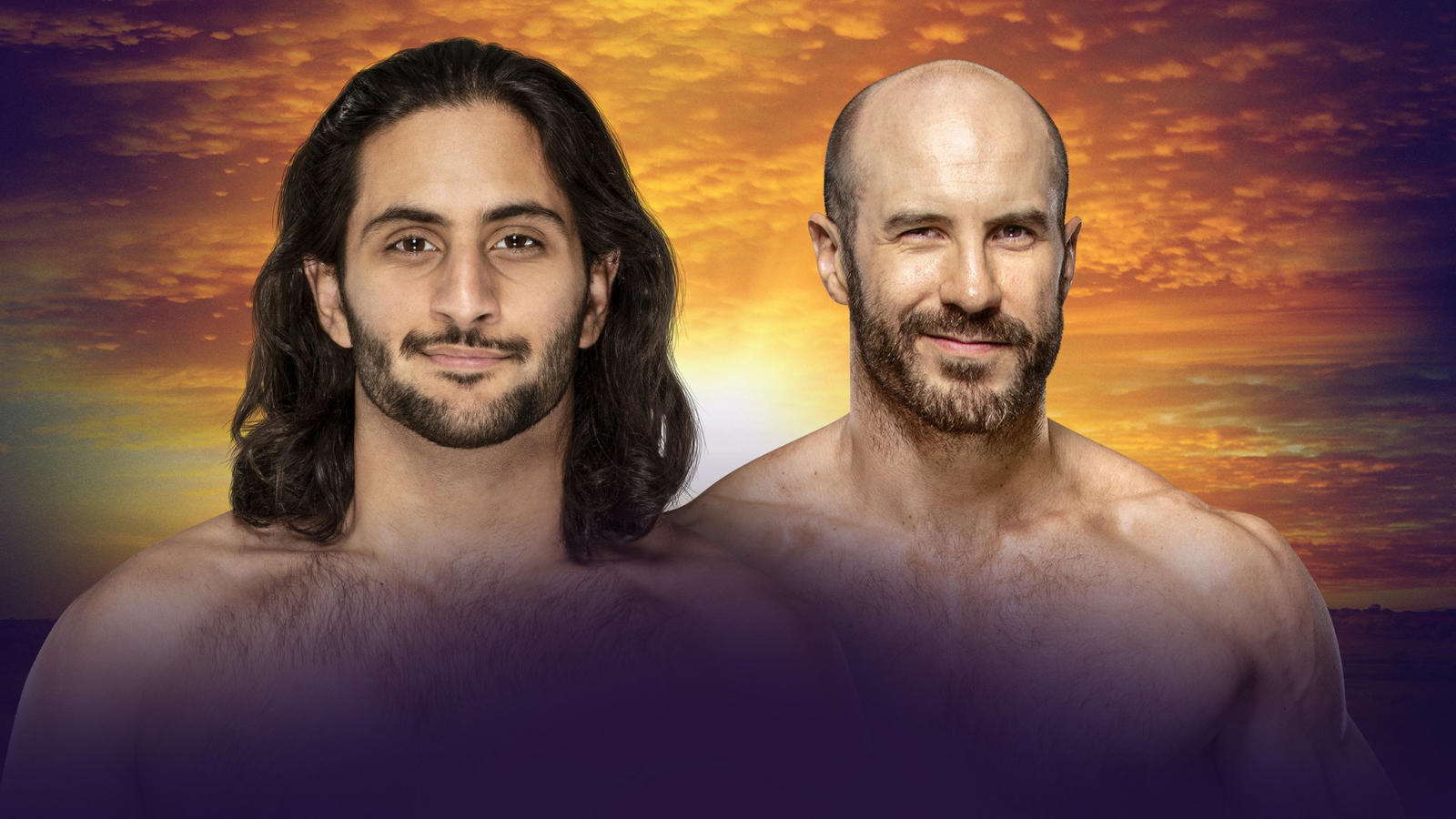 There really isn’t any build up to this match other than that four months ago, Mansoor won the battle royal that WWE last held in Saudi Arabia. I guess Cesaro just all of a sudden remembered that.

I haven’t watched Mansoor much, so I can’t attest to his abilities or how good this match will be. However, it is a rare occurrence when Cesaro will get a singles match on PPV. Therefore, I won’t complain about anything.

I’m pretty sure Mansoor will get the rub for the crowd. The success on this match will depend on how good Cesaro can make him look, and quite frankly, I like their chances of accomplishing that goal. 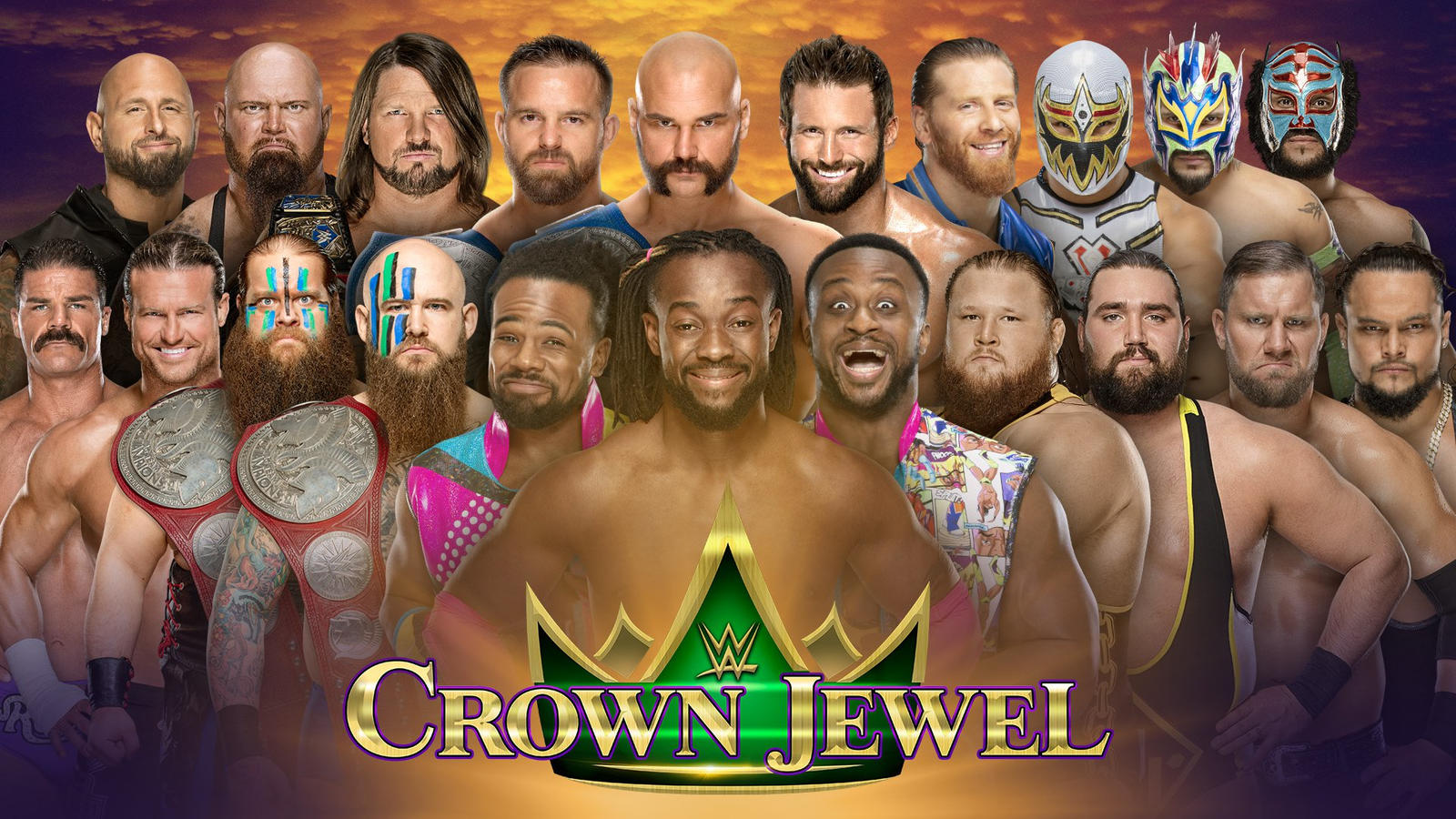 WWE has made most of these tag teams so worthless, I can hardly care which team will come out on top. The OC never win. B-Team is never on TV. The Revival is rarely on TV despite being tag team champions. Lucha House Party is rarely seen. Ziggler and Roode lost the tag titles on their very first defense. All Ryder and Hawkins do is get paychecks. Heavy Machinery are more for comedy relief at the moment.

This means that the only tag teams in this bunch worth a damn is The New Day and The Viking Raiders. I don’t know if WWE plans on adding another tag team to this match, but if not, I can only assume the Raiders will win. They are undefeated, so they might as well keep it going past Crown Jewel until the Authors of Pain arrive. 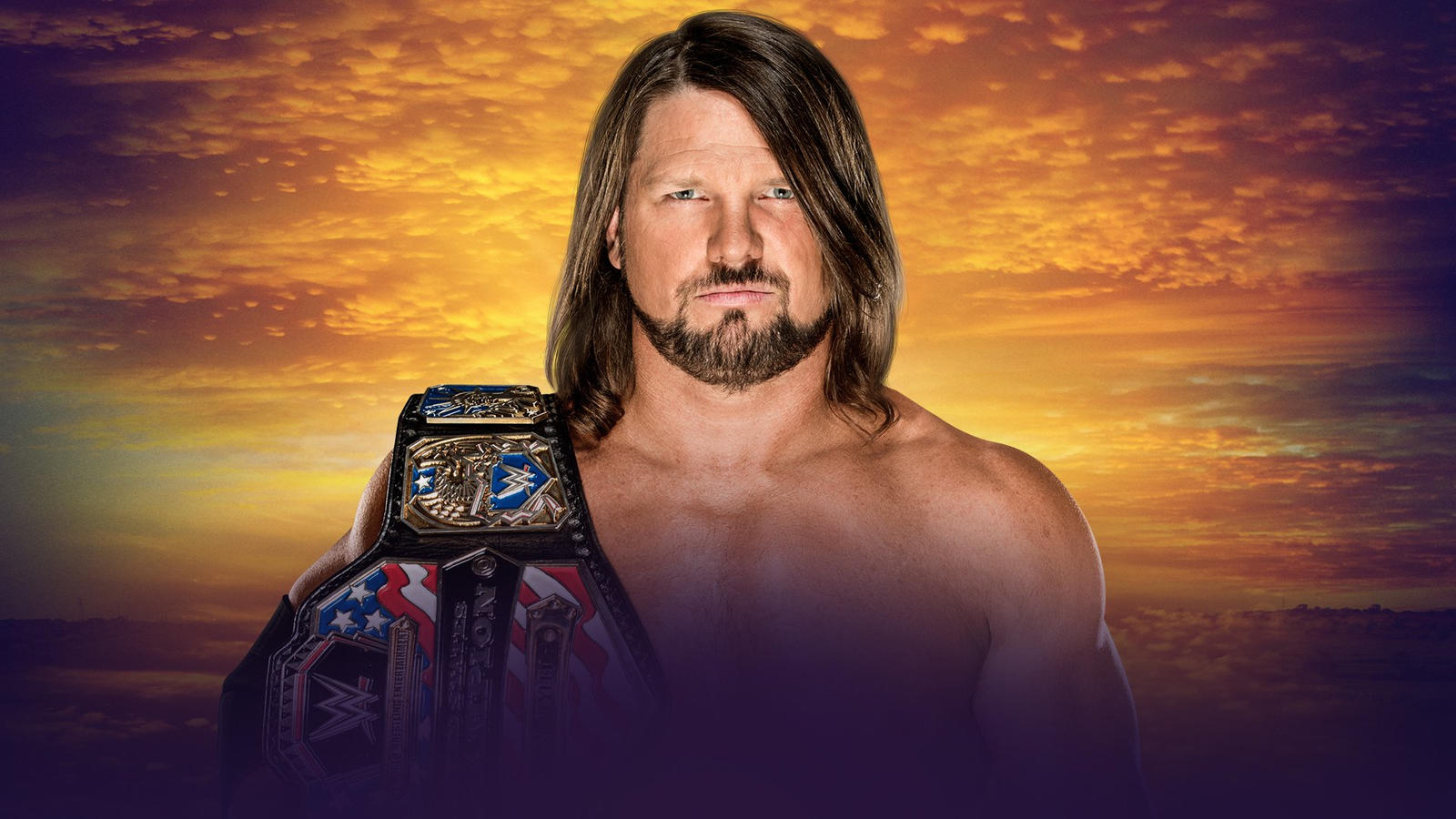 So, I didn’t know who was competing in the battle royal up until yesterday when they showed the match card yesterday.

Removing all of the Cruiserweights, jobbers and heels, the only names that make sense out of this list is Alexander and Carrillo. I think Humberto will win the battle royal and earn himself a rematch against Styles.

I don’t know what WWE’s plans are for Humberto, but I’m betting it’s going to be a slow, methodical build. If that’s the case, he probably won’t win the title year. With Survivor Series around the corner, they’ll want their biggest champions for brand supremacy purposes. I don’t know, but I guess AJ retaining makes sense here. 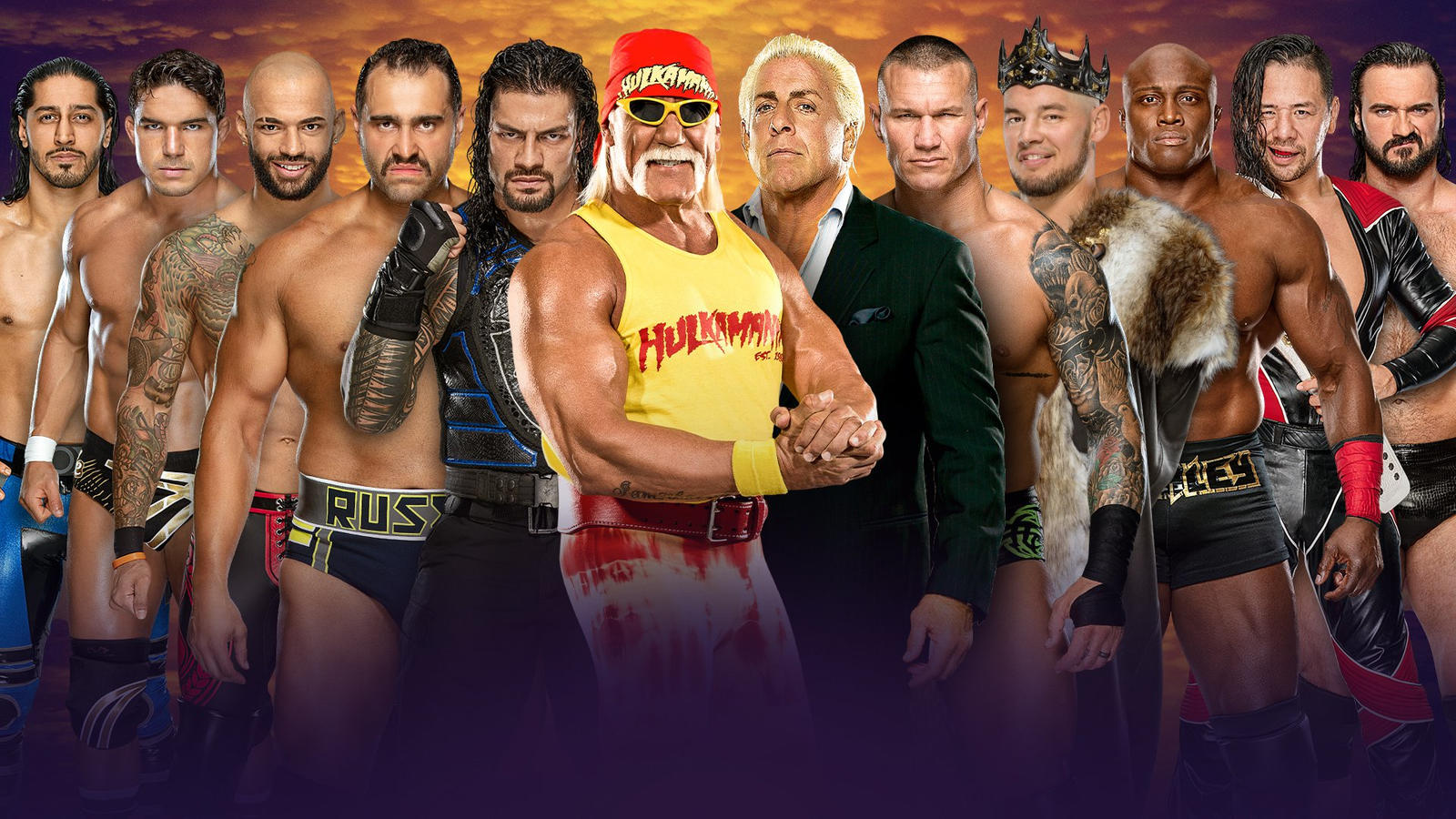 So, there’s a lot to unpack here for a match that has no consequences for the losers. This is strictly about bragging rights for two retired legends. The actual competitors themselves have nothing in it for them other than a large paycheck for the day.

On Hogan’s side, you have Roman Reigns, a bunch of underdog misfits and a man who watched his wife dry humping another guy at the top of the stage. On the other team, you currently have heels who are all either unoccupied or have girl issues.

The heels have gotten the advantage in recent weeks, and since this isn’t an elimination match, that means it’s one fall to a finish. I could see something like Reigns spearing Corbin or Nakamura for the victory. 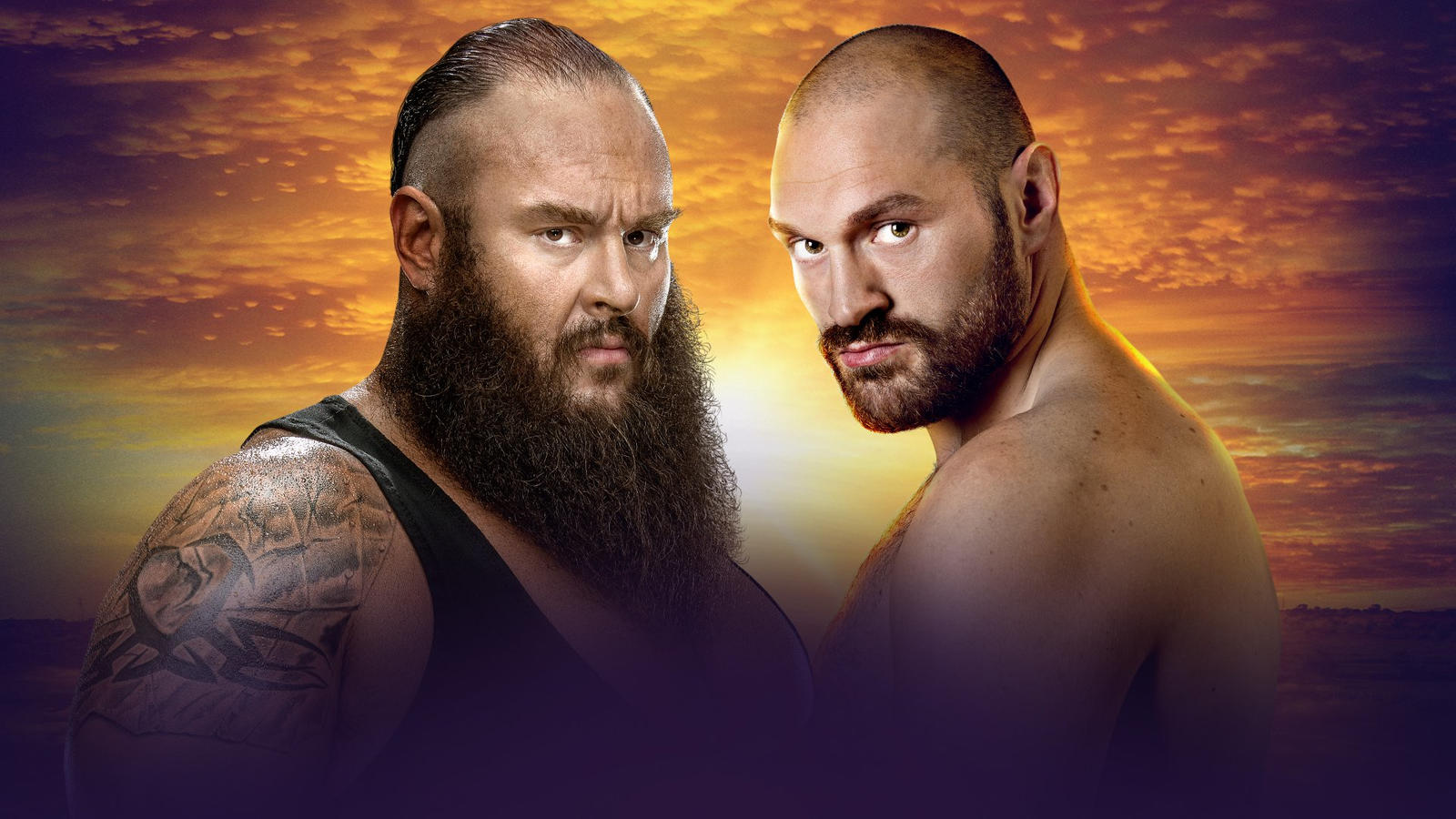 Anyone who has seen special celebrities not with WWE compete in a match knows how this will go down. At Crown Jewel, Braun Strowman has absolutely no chance of winning. There’s a reason why all of the oddsmakers have the odds overwhelmingly in Fury’s favor.

First of all, WWE has done a piss poor job of building up Strowman as a threat. At the last PPV, Strowman couldn’t defeat Seth Rollins, who is half his size. So now we’re supposed to believe he could defeat an undefeated boxing champion, or whatever Tyson is?

Also, Strowman has lost pretty much every big match situation he’s been in. This includes every match he’s had with Brock Lesnar or any match he’s had for the Universal Championship. He’s failed time and time again, and Strowman powerslamming Drew Gulak week after week doesn’t make him look any stronger.

The outcome is not in question. I just hope the quality of the match isn’t as poor in my mind as I think it will be. 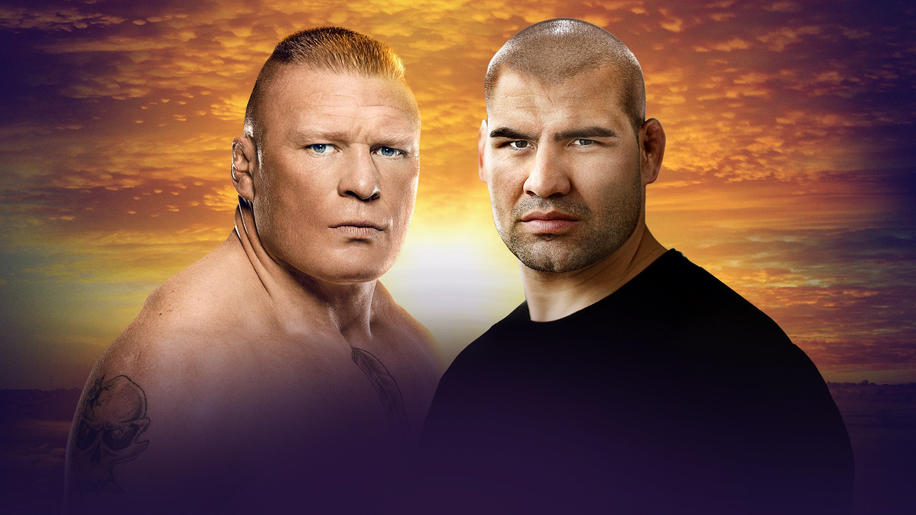 If you have to be carried on the microphone by Rey Mysterio, then odds are you are in trouble. I don’t know how I feel about this feud. We all know what Lesnar brings to the table, which can be a mixed bag at times. When Lesnar wants to bring a big fight feel, there’s arguably no one better. But if he’s going through the motions, there’s arguably no one worse.

As for Cain, we haven’t seen him get physical in a WWE ring much. However, from what I’ve seen with Lesnar and Shelton Benjamin, we might be in some trouble. I understand that being new means that you also have to practice pulling your punches, but even for a fake sport, Cain’s fake punches look like they couldn’t hurt a baby.

With Lesnar just winning the title and Cain debuting in his first match, WWE has kind of booked themselves into a corner where it wouldn’t reflect well on either man to lose. This tells me that this may go to a no contest. As a matter of fact, I’m counting on it. It wouldn’t be the first time a WWE Championship match in Saudi Arabia would end indecisively.

I think the feud will continue after this Crown Jewel, and I’d actually be shocked if we had a decisive winner. 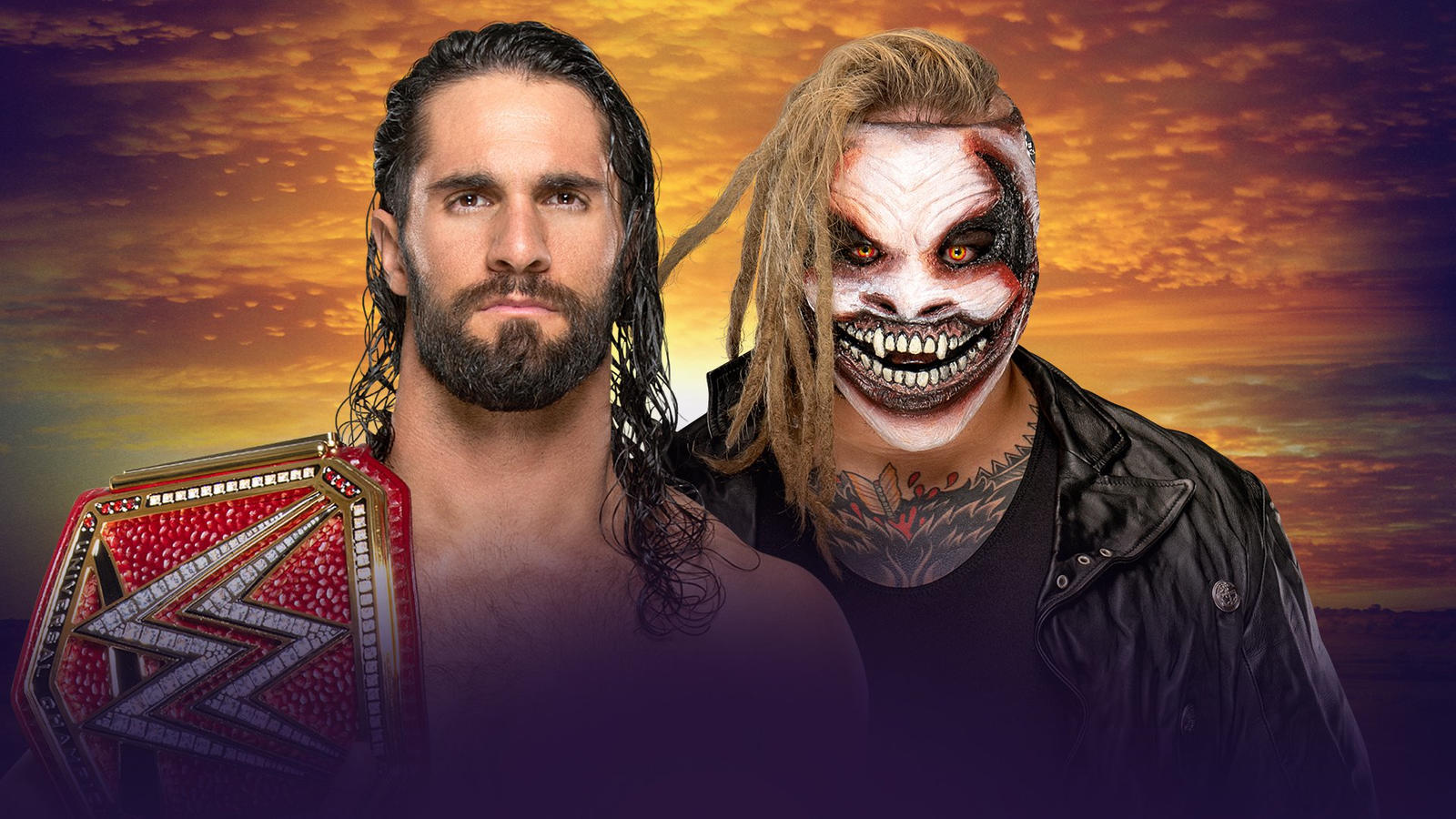 I can’t believe we are at this point with The Fiend, but oh well. First of all, The Fiend isn’t even on RAW. He was drafted to SmackDown in the first round. Just off of that alone, I think it’s a pretty safe assumption that The Fiend will not be winning this match.

Next, the stipulation. When I heard that the match cannot be stopped for ANY reason, I let out an audible chuckle. If WWE can stop a Hell In a Cell match because it was getting too violent, who’s to say that a Falls Count Anywhere match can’t be stopped because it is getting too far from the ring?

WWE already established an idiotic premise from that stupid HIAC finish that they can just break their own rules. Why? Just because. Now, they have really booked themselves into a corner where one of the most successful debut gimmicks may go two straight PPV’s without winning.

Also, we saw in Hell In a Cell that Rollins couldn’t put The Fiend away even after what had to be at least 20 Curb Stomps. So what is Seth going to do to win? Do a full-on exorcism?

All I can say in the end is that the way they have booked this match is beyond disappointing. And while I still have my reservations about WWE keeping true to their word that the match can’t be stopped, I’ll say Seth retains at Crown Jewel. Somehow. WWE botched this very badly.

AJ Styles Reveals The Downside to Being a Champion, Talks Loss To Daniel Bryan, More