In a match with Vader, the protective mats were removed and Cactus was powerbombed on to the concrete floor. He picked up a concussion, and temporarily lost feeling in his left foot. As a way of keeping Foley on TV, WCW officials asked Dusty Rhodes to write something for him. They came up with an amnesia angle.

Foley wanted a serious approach to garner sympathy with the audience before he returned, but the segments “Lost In Cleveland” were so badly produced WCW officials decided to give it the axe with no explanation. During filming, they used an actor to play Foley’s wife because his real wife was “too hot” for the Cactus Jack character .They also mentioned ‘Dewey’ several times, the name of Foley’s son. In a promo before his wrestling return, Cactus Jack commented on the angle and whether anyone believed he had lost his mind. Let’s say he managed to save it from causing any further damage.

After six months of build, Hulk Hogan “retired” Ric Flair in a steel cage match at Halloween Havoc 1994. This was done to ensure the loser (which was always going to be Flair) could get some rest away from television. Hogan jumped ship in the same year from the WWF, so WCW wanted to milk Hulkamania for everything, so they could afford to have Flair sit out a while.

But the way they brought him back was hilarious. Yes, he made it somewhat entertaining (because he’s a pro), but when you have Flair literally begging and nagging Hogan and Savage to “say the right things to the right people” to get him reinstated, it comes across as desperate and weak. Also insulting to the fans intelligence. Flair found his way back to TV as the manager of Vader after Harley Race was forced out of the wrestling business following a car accident.

Due to Hogan and Vader’s disapproval on who would put who over (Hogan had creative control, Vader was UWFI Champion and could not lose), Flair took it upon himself to be ‘dragged to all four corners’ to lose the WCW World title strap match for Vader at Uncensored 1995. Someone had to lose … thus ending one of the worst PPV of all time with a very questionable decision.

It was the mid-90s, and hotlines were well … hot! Wrestling companies could charge $1.50 a minute and get away with keeping fans on the line for a few minutes before giving the information they called for. It was a good little side earner, and ‘Mean’ Gene Okerlund was the man behind the phones.

But the thing about Gene was … he was good at screwing the fans over with false promises. He would name drop guys like Bret Hart, Roddy Piper, and The Ultimate Warrior to get fans to call, but they often found these plugs misleading, or in some cases outright bullcrap. One time, Gene asked the audience why they thought Flair was in the “North-East”. Now, in those days if you said that, many fans are going to assume you’re referring to the WWF. But when fans rang in to find out if Flair had jumped ship, they were told he was meeting a New York executive of Gold’s Gym. Nothing overly interesting.

In one instance, Gene asked the fans to find out “which former 45-year old heavyweight champion had died” by ringing the hotline. Needless to say, the lines blew up as many assumed it was Ric Flair. But it wasn’t .. it was former AWA Tag Team Champion Jerry Blackwell. The next week, Okerlund gave an ‘apology’ as sincere as a hyena picking off a wounded antelope.

On one hand, it made them good money and they got away with it. However, Phil Mushnick (New York Daily Post) used the story in an article to mock Ted Turner. The article headlined:

“Turner phone scam: Better dead for Ted” went on to link the current story with WCW employee Frank Anderson (convicted in Sweden for possession of HGH) saying: “with any luck, he’ll soon suffer drug-induced renal failure and die. Then WCW, on a Saturday night, can tell kids that a former champion wrestler has died, and for only $1.50 per minute, they can find out who.”

Ok I lied, the company did not get away with it. After Ted Turner heard of Muschnick’s remarks, he demanded WCW officials make the product ‘squeaky clean’ by the Superbrawl PPV, which meant the originally planned finish of Hogan and Vader’s double blading had to be axed. Let this be a lesson … do not use death as a marketing strategy to con your fans out of their hard-earned money. 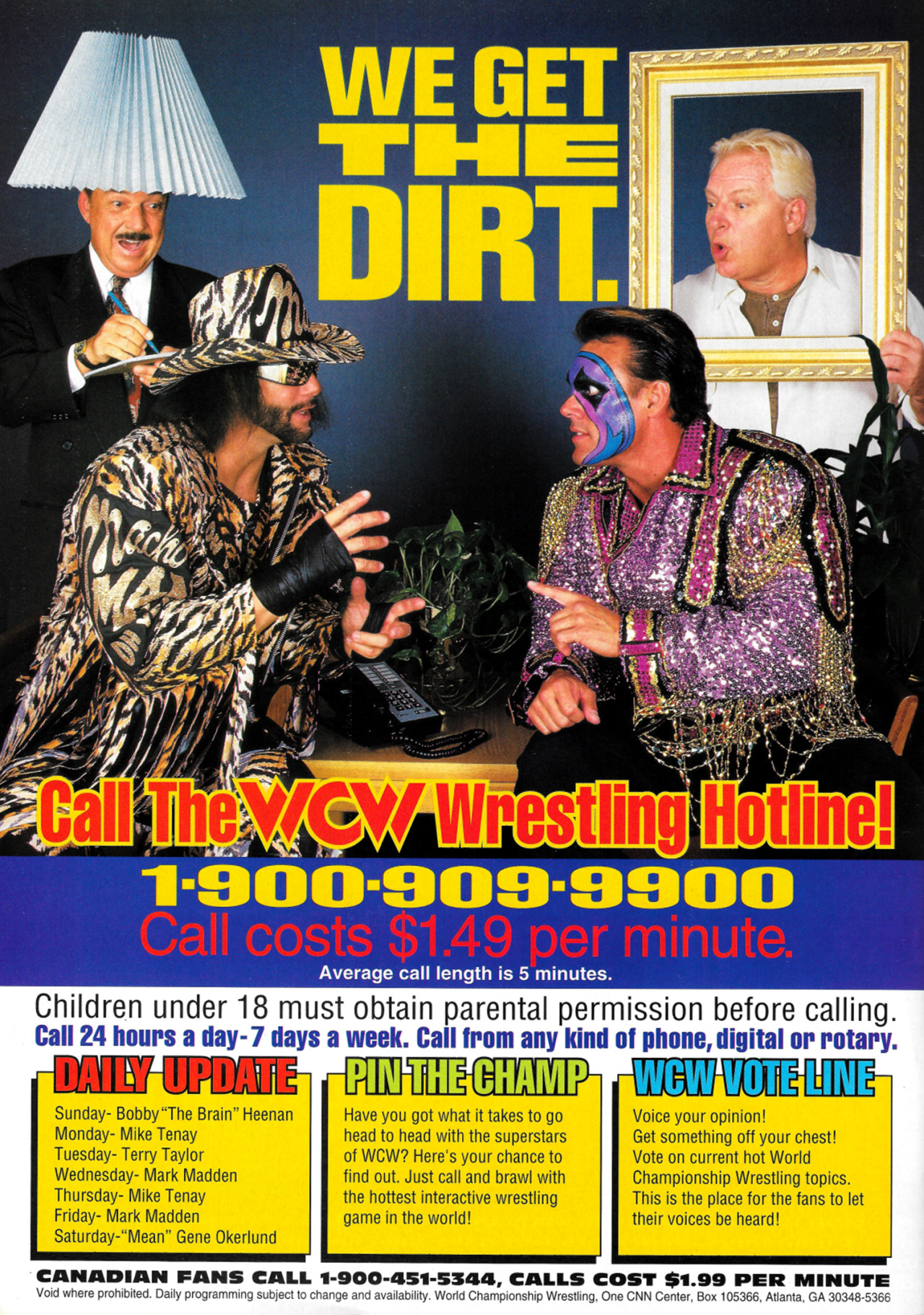 Imposter Ramon/Nash/Jarrett (We Own These Characters!) – WWF (1996)

After Scott Hall and Kevin Nash left the WWF for WCW in 1996, the WWF mocked the competition by replacing the guys they lost with cheap knockoffs. It was supposed to give Jim Ross major heel heat following his ‘worked shoot’ promo on Vince McMahon and the WWF. Jim Ross’ promo was supreme (some would say it was a pipebomb .. but I’m getting tired of that label so can we not please?), but the fans got behind it as he was talking so much truth with an abundance of passion, making it difficult to rally against the man.

It was also the first time anyone referred to Vince as the boss on television. Ross introduced ‘Razor Ramon’ to the audience, as a way to stick it to Vince and the WWF. The fans popped as Razor’s music played … but the air was sucked out of the building the very moment they realized it was an imposter. Ross tried to get an interview with the new Razor Ramon, but Savio Vega entered the ring and attacked him as the show ended before anything could be explained. Big Daddy Cool ‘returned’ the following week, portrayed by Glenn Jacobs AKA Kane.

And then there was the ‘Real’ Double J, the guy who ‘really’ sang Jeff Jarrett’s theme song. The most insulting part being how obvious it was, and again .. WWF giving a gimmick away to spite former talent. All the while, WCW was enjoying success with Hulk Hogan, Ric Flair, Sting, Randy Savage, and the New World Order angle. It was an embarrassment to say the least. And that’s all for today .. thanks for staying with me. Next in the series will be an ‘Attitude Era’ special edition! (apologies for the blurry Jim Ross video, there’s no decent links)