Home Articles Edge and Randy Orton: A Reflection On Their History In WWE Monday Night RAW closed with one of its best endings the show has had in a while. What we saw isn’t something we ever expected to see, and that is when WWE proves to be at its best. The Rated R-Superstar, Edge, made his improbable return to the Royal Rumble and looked to explain how the phenomenon happened.

In the midst of his return speech, out came a familiar face, that being his former tag team partner, Randy Orton. The two interacted in the Rumble, and for a while looked to work together. They even hit a double RKO onto Drew McIntyre. However, Orton’s instincts slightly led him to think he could hit an RKO onto Edge from behind, but Edge was wise to it. The two laughed it off as Randy just kidding, but that also led to Edge eliminating Orton from the rumble.

When Orton came out to talk to Edge, he offered an olive branch to reunite Rated RKO. Then, Randy took some time to listen to the voices in his head that led him to drop Edge with an RKO as soon as he asked. He then followed up the assault with a chair shot to the back of the head (technically to the top of the other chair).

It was a spectacular segment, not only because it was unprecedented, but because it was unbelievable. How could Randy Orton think to do something that’s so cruel? Well, Orton was just being who the best version of Orton is. Someone who is unpredictable and does the unthinkable.

Edge and Randy Orton are my two favorite superstars ever, and are the reason I got into professional wrestling. So seeing this segment was something out of a dream. I never would have expected to see both of them in 2020. It made me reflect on both of their journeys here leading up to 2020. 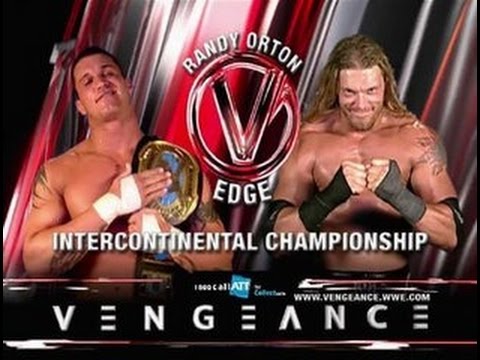 For these two, you’ll have to back nearly 16 years to see when they first interacted with each other. Edge was just coming back off his first major neck injury, whereas Orton was the cocky, indignant young neophyte that proved to be the future of the Evolution faction.

Evolution ran roughshod over the entire RAW roster before other superstars began to rise up and challenge their authority. One of the more memorable names of the resistance was Edge, who challenged Randy Orton for the Intercontinental Championship that he held for about 7 months.

The two would have one of the more underrated matches ever, and I think one of the best matches for the Intercontinental Championship of all time. After a hard fought match, Edge defeated Orton and would win his 4th Intercontinental Title. Of course, Randy didn’t take long to rebound from this loss, as he would become the youngest World Heavyweight Champion of all time at Summerslam a month later.

After Randy Orton’s run with Evolution in 2004, he would eventually be drafted to SmackDown, where he would engage in a feud with The Undertaker in 2005. Edge remained on the RAW brand, making a name for himself by winning the Money In The Bank contract, and feuding with the likes of Chris Benoit, Shawn Michaels and the famous love triangle with Matt Hardy.

Randy Orton himself would be feuding over the World Heavyweight Championship against the likes of Rey Mysterio and Kurt Angle. Admittedly, this run for Orton wasn’t the best as it constantly felt like he wasn’t doing anything. This run wouldn’t last long, because he was drafted back to RAW shortly after WrestleMania 22.

When Orton returned to RAW, Edge was flourishing as one of the top heels of the company. He’d already won the WWE Championship twice, and was even on one of the highest rated segments in RAW history. However, D-Generation X reformed with Triple H and Shawn Michaels and would foil Edge’s attempts to climb back the mountain. Orton also suffered a string of major losses, and Edge told him it can be traced back to Triple H’s jealousy over Orton becoming World Heavyweight Champion 2 years prior.

Therefore, the two men made an agreement, and would join forces to offset D-X’s influence. They would do so to an extent, by becoming tag team champions and defeating D-Generation X at Cyber Sunday 2006. Once Edge won the Money In The Bank contract from Mr. Kennedy and won the World Heavyweight Championship from The Undertaker on SmackDown, the two were separated again. 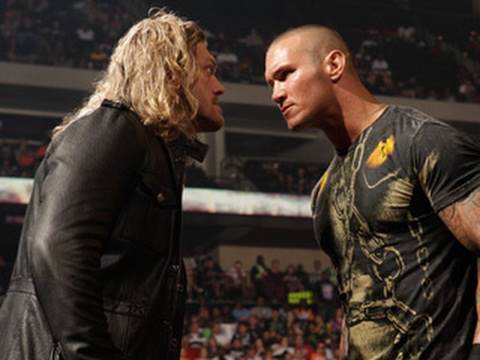 Edge’s return at the 2020 Royal Rumble wasn’t his first time returning at the event. 10 years prior, he returned after returning from an Achilles injury that was projected to keep him out for a significant period of time. Yet he returned and won the entire match. He’d go to SmackDown, where he was challenging for the World Heavyweight Championship. Orton was still on RAW and is an established main eventer at this point, winning the WWE Championship multiple times.

Then, Edge was drafted back to RAW, and Edge made a statement by attacking Orton, one of RAW’s top guys. The two would go at it for a few months before Edge went back to SmackDown, where he’d end his career. These two would reunite one last time for a match against The Miz and Dolph Ziggler on an episode of SmackDown.

This is a monumental scene. Edge, who needed triple fusion neck surgery, had been retired for 9 years. Meanwhile, Randy Orton has since established himself as a first ballot hall of famer, with a litany of accomplishments mirroring Edge’s. Both of these men are Grand Slam Champions, WrestleMania main-eventers, Money In The Bank winners and have had legendary careers.

Yet, this sight doesn’t even feel real. Hell, Edge looks even better at this stage of his life than he did right before he retired. And he’s staring across the ring at a man who he has shared many triumphs and battles with.

After this assault by Orton, the stars seem aligned for the two to do battle at WrestleMania. I was especially impressed at Randy Orton’s actions on RAW. I believe Randy does the little things in wrestling better than anyone else I’ve ever seen. From his theme song to his actions, he truly is self-destructive and has always done what he believes is best. Look at the facial mannerisms after he offers to reunite. He’s already pondering what he has to do.

Take a look at the indecisiveness of Orton on the top rope, threatening to do serious harm to Edge’s neck. Then, look at the urgency with which he runs back to ringside and get two chairs to inflict further damage. There’s no doubt Edge will sell this injury and come back for his revenge. And there is also no doubt that Randy Orton will be carrying this feud heading into WWE’s biggest show.

However, we should all appreciate these two legends and marvel at their work in this industry. This is the story of a tale that is nearly two decades old, and at WrestleMania, we will see a match that none of us thought was possible. WWE truly is the place where you can never say never.

Edge to Appear on WWE After The Bell this Week