Just a quick word before I preview this Sunday’s Extreme Rules PPV, I will be doing volunteer work next week and will not be reviewing the show live. However, a review of the show will go up as soon as I get back. Whether it is a great show or the normal run of the mill trainwreck by WWE, we will definitely see. 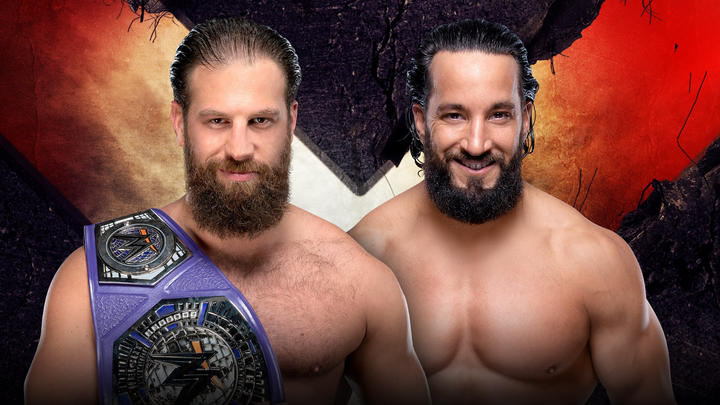 There is nothing much to say here other than the fact that Gulak has long deserved the CW Title, and while Nese was a serviceable champion, he simply didn’t click with the title. I think 205 Live is ready to move in a different direction, and I fully expect Drew to retain. I just hope that we get a good, physical match.

The Revival (C) vs. The Usos – RAW Tag Team Championship 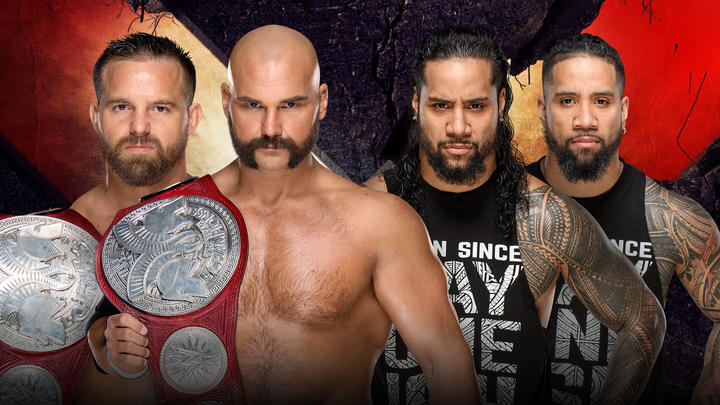 I should be excited that The Revival and The Usos will be battling for the tag titles, but sadly, I cannot get behind this at all because they always seem to face each other in one variation or another. Recently, the six man tag team matches have been the variety of choice. The Revival, let’s face it, have done nothing with the titles. The Usos really haven’t done anything on the RAW brand since the Shakeup, but I think they would be far better as champions. I’ll say The Usos take the title off The Revival and put RAW’s floundering tag division into a new direction that it needs. 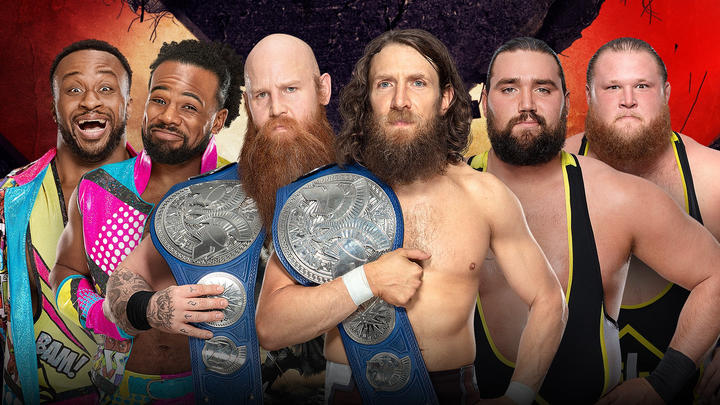 The New Day have always been reliable performers, especially in tag team title match situations and I very much enjoyed Heavy Machinery’s match against Rowan and Daniel at Stomping Grounds. If you ask me, this match has the potential to be the match of the night if given the time. In fact, there’s no reason why it shouldn’t. If you ask me, I think Bryan and Rowan retain because they have been a godsend for the Smackdown tag titles. The New Day does not necessarily need it, although it would be pretty rad to see Kofi as WWE Champion being paired with Xavier and Big E. Heavy Machinery’s time will come, but I don’t think this Sunday. 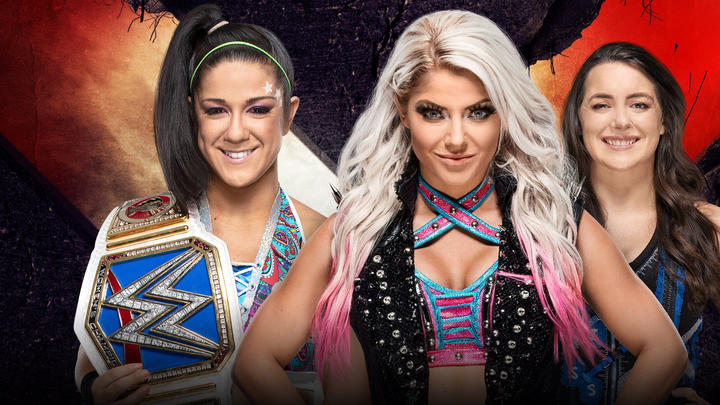 I have to give credit to Nikki here, because a heel for once chose a stipulation that makes sense and stacks the deck against the face. The whole storyline of Bliss manipulating Cross is an intriguing one, and I appreciate the fact that Nikki is at least being utilized in a productive manner. Now, Cross kept mentioning how Bayley’s friends have abandoned her, and since Sasha Banks’ return has been rumored to be “imminent”, perhaps a return is in the works. Who knows? All I know is that Bayley will probably retain, and tension between Bliss and Cross will start to gradually increase. At least I think. 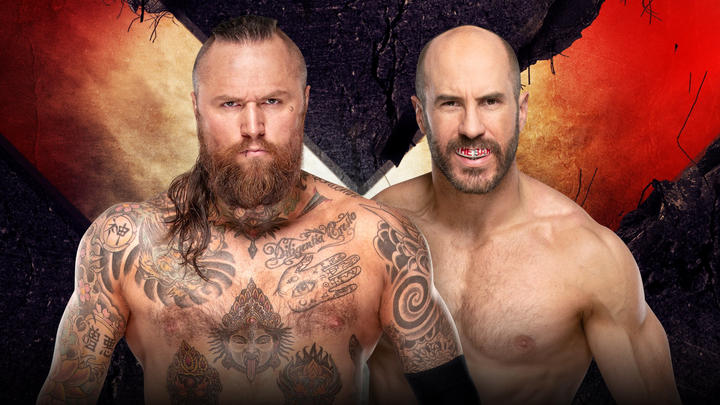 I just thought about how great this match would be if this was taking place at a Takeover event and I cried a little. Knowing WWE and this freakishly long card, I know that this match will not get the time that it deserves to be awesome. However, I believe in these two to have a productive match with the time they are given.

The best part about this is that Cesaro is having his first singles match on PPV since 2016, which is so refreshing. He’s been tagging with Sheamus so much over the years we forgot how transcendent a talent he individually. I hate it has to be him to ring Aliester Black in as a singles competitor on the main roster, but I think he has the gifts to put Black over as a big deal. Black wins. 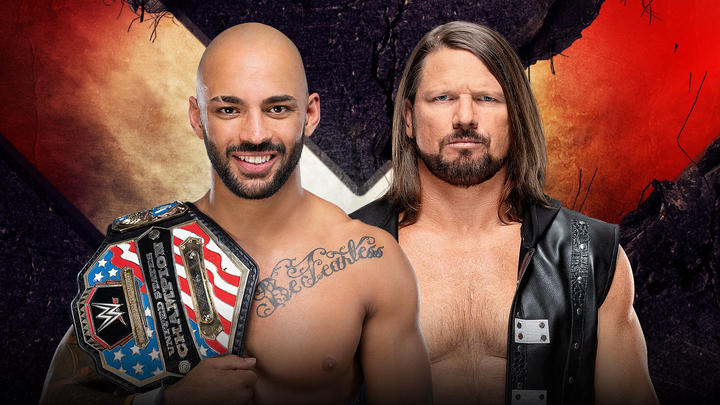 I wanted to get very behind this match, but we’ve already seen these two fight in two straight RAW main events in the past three weeks. We also got the 50/50 booking where AJ beat Ricochet clean one week and Ricochet got his win back the following week. This resulted in AJ’s heel turn, and is now coming after Ricochet’s gold. A part of me wants to say that Ricochet will not lose the title a PPV after winning it, but is AJ also going to lose two straight US Title matches? Not sure how likely that is. Whatever route they decide to go in should prove to be interesting, but I am going to slightly lean towards Ricochet retaining. 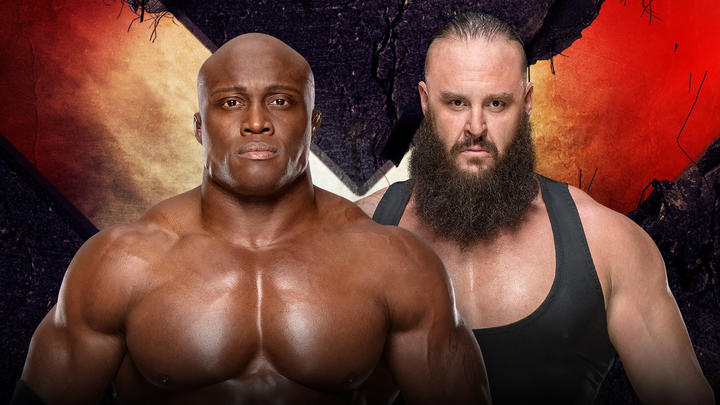 I did like the effort that they made with these two a couple of weeks ago to book this match a serious grudge match between two powerhouses. It’s really hard to screw up a Last Man Standing match involving two brutes who want to kill each other. Just have them go out and there and do a hard-hitting, physical outing with big spots to pop the crowd. It’s funny because I thought the finish to their Falls Count Anywhere match on RAW was appropriate for their LMS match this Sunday. The easy answer here is Strowman, but I think they are trying to rebuild Lashley’s credibility as a powerhouse and perhaps a future Universal Championship contender. I’m going to go out on a limb and say that this match will end in a no contest. Strowman wins if there is a definitive winner. 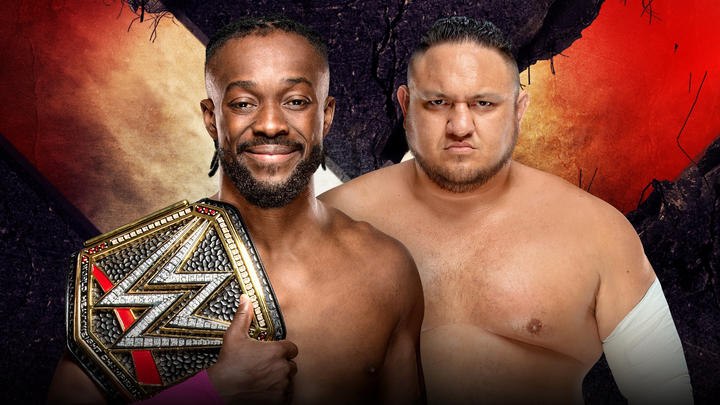 I recently wrote about how Kofi Kingston’s WWE Title reign was being hindered by the fact that there were no credible challengers to make him look stronger. The problem with Samoa Joe is that he recently lost the United States Championship and then went directly after the WWE Champion. They wanted to go from Point A to Point C without having to go through Point B.

Why should we believe that Joe has any chance of beating Kofi with his track record? He had what felt like a million title matches against AJ for the title last year and he lost all of them. Then, he loses the United States title the first time he defends it after Rey basically gives it to him. Now he’s challenging for the WWE Title again and Kofi should be afraid? No reason for me to see Kofi losing this Sunday.