We remember the childhood stories and the pros and cons of being a fan of the sport. We all remember the night, the superstar and the moment that caught our eye. So much that from that day forward, you could officially define yourself as a Professional Wrestling fan.

Throughout this article, I am going to give you point of views, favorites from past and present, along with a few personal stories of how I became and grew up as a Wrestling fan. You can call it somewhat of a shoot, I guess.

First and foremost, my family has always been a Wrestling family. We’re Canadians, so we kind of have to be. It’s all about Hockey and Wrestling. Back to my point. In my family, there are Pro Wrestling fanatics all across the board. Rather they are casuals or hardcore fans. Basically, if you weren’t a fan, you were the odd one out and kicked out of the house indefinitely…okay, maybe not that extreme, but you get the point.

– The Ultimate Warrior was the initial superstar that grabbed my attention during the early stages of my childhood. I loved painting my face just like him. My brother and I would frequently argue with each other whenever we both shared the same favorites. Not just when it came to WWE Superstars, I mean EVERYTHING, in general. Rather it was music, toys, or TV shows. Hell, even parents. God forbid, if I hugged and kissed Mom before school before he did, he’d throw a tantrum. Ultimate Warrior was a whole ‘nother story in a completely different universe though. My brother and I battled each other, along with our pillows, with of course both of us portraying Warrior. The winner would then have the honor to call themselves “the real Ultimate Warrior” as we’d state it. We were very stubborn children. The paint, the intensity and the famous run to the ring is what made me a fan.

– Time passed. I discovered a liking for Stone Cold Steve Austin. A straight up badass who went against all comers, even his own boss, Mr McMahon. It was always remarkably fascinating to see an employee humiliate his boss countless times on television. Because I wished once upon a time I could do that to my boss…and still do. 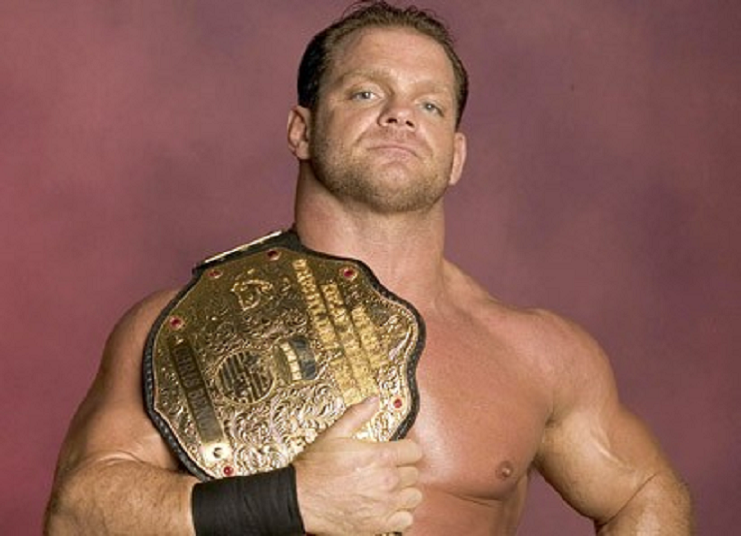 – Ruthless Aggression Era came a long and one dude stood out from the rest to me. One dude in particular. That man being, Chris Benoit. Let me point out right off the bat…by no means am I a fan of the murderer and/or the catastrophic actions of Chris Benoit, I’m simply a fan of the wrestler. I believe he was one of, if not, the best technical wrestler when it came down to it. No one was as intense or aggressive as Chris. The moment you seen him come through the curtain, you knew he was going give it his all. One of my favorite WrestleMania moments was his post match World Championship celebration at WrestleMania XX in MSG. As soon as his family, along with Eddie, joined him in the ring, it became one of the most emotional moments in not only WrestleMania history itself, but in Pro Wrestling history overall.

In the end, Chris Benoit won’t be remembered for his historic victories, moments or matches, he’ll plain and simply be remembered for the tragic event that occurred in 2007. Again, this was all purely based on his Wrestling career. Nothing more, nothing less. – Speaking of the late Eddie Guerrero, he was another man that I enjoyed during that era. His attitude and personality was second to none. I always looked forward to his weekly lying, cheating and stealing. He was a pillar of the SmackDown roster in the 2000s. Eddie was indeed one of the cornerstones of the Ruthless Aggression Era. He proved that anyone could accomplish anything. You witnessed exactly how much he meant to his peers upon his death. Eddie Guerrero was truly one of a kind. – Some, perhaps most, would claim that Hunter is ego driven. Which I wouldn’t necessarily disagree with, yet I don’t quite see anything severely wrong with that either. I feel that you almost have to have an ego in this business if you want to succeed. You have to be high on yourself. Sure, having the humble quality is key, but you need a hint of ego and self-determination as well. Triple H was what you call a ring general. He called the spots. He knew how to make anyone look good. Another vital skill of his was the fact that he excelled at any position he was in. Rather he was a good guy or a bad guy. If he was a heel, he knew exactly what to do to make you hate his guts. And if he was a babyface, he knew how to make you love him. Which is a phenomenal but very rare attribute, because we don’t have many individuals in Wrestling these days who can do that. Triple H was good on the mic, decent in the ring, everything you wanted in a WWE Superstar. On the other hand, people would claim that Triple H “buried” stars throughout his illustrious career. Maybe in the past, sure, I guess. But now, when people proclaim he “buries” talent, it boggles my mind. When was the last time Triple H won a match? All I know is, he recently put over the likes of Daniel Bryan, Seth Rollins, and Roman Reigns. If I remember correctly, he even attempted to create a new star in Curtis Axel, but to no avail. Vince shot it down. He brought the likes of Shinsuke Nakamura, Samoa Joe and Bobby Roode to WWE. Not to mention, the mans WrestleMania record is not all that impressive. Just pointing that out. So for those who still complain about him, unless you’re jealous that he has a hot wife, millions and an executive role, I don’t see the point of the hatred. 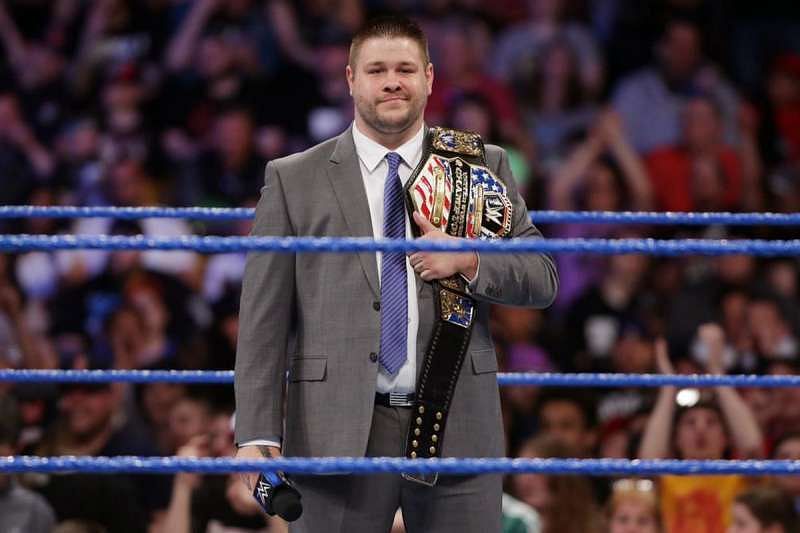 – Current star I enjoy watching is Kevin Owens. I think aside from his body shape, he has it all. Outstanding technical Wrestling skills, he’s very proficient on the mic and his charisma is unmatched. I had my eye on him ever since his ROH/Indy days. Love his character and his attitude. He’s a guy I can relate to, as I sort of am an outspoken individual just like him. Can be an a**hole when I want to be just like him. etc. Once I heard he was coming to the WWE, I was skeptical at first, because I know how WWE operates. They water down guys and ruin their characters. But then I saw his NXT run and I was pretty impressed and surprised. And then when he debuted on the main roster, he defeated John Cena in his very first match. It was refreshing. It was something new. His Universal Title run was average. His current United States Title run is sort of at lift off at the moment, but I’m looking forward to seeing what happens with that and everything else KO bestows on us all.