Champions going into 2009 included: Sting (World), Lethal/Creed (Tag Team), Awesome Kong (Knockout) and Booker T (Legends). The X-Division was vacated and to be decided at Genesis.

As part of a cross-promotional deal between TNA and New Japan Pro Wrestling, several TNA stars including Kurt Angle, Team 3D, Kevin Nash, and the Motor City Machine Guns worked matches at Wrestle Kingdom III. On the show, the Machine Guns won the IWGP Junior Tag Team titles, and Team 3D won the IWGP Tag Team titles, and were allowed to carry and defend them on future episodes of TNA Impact and PPV events.

The main story going in was Mick Foley leading the TNA Frontline into battle against the Main Event Mafia.

The best and worst of TNA on one PPV. This became a continuing trend in 2009 as they struggled to realize they had a franchise in AJ Styles, and instead used older guys like Sting and Foley for much of the year. Also the Knockouts Division had gotten gradually worse, and Beer Money had no competition in the tag team scene. Angle, Jarrett, and the Motor City Machine Guns were the stars of Genesis.

Against All Odds – “Power Concedes Nothing Without a Fight”

A show which had potential to further tensions between Sting and Kurt Angle and split the Main Event Mafia, but instead we got nothing. Despite AJ Styles and Samoa Joe featured on the poster, they were not booked to work any matches, although Joe did make an appearance. Neither man managed to get revenge on the Main Event Mafia.

A complete waste of time. I ain’t had to say that about many PPV in this series thus far, but I’m saying it here. Avoid this one like the plague. 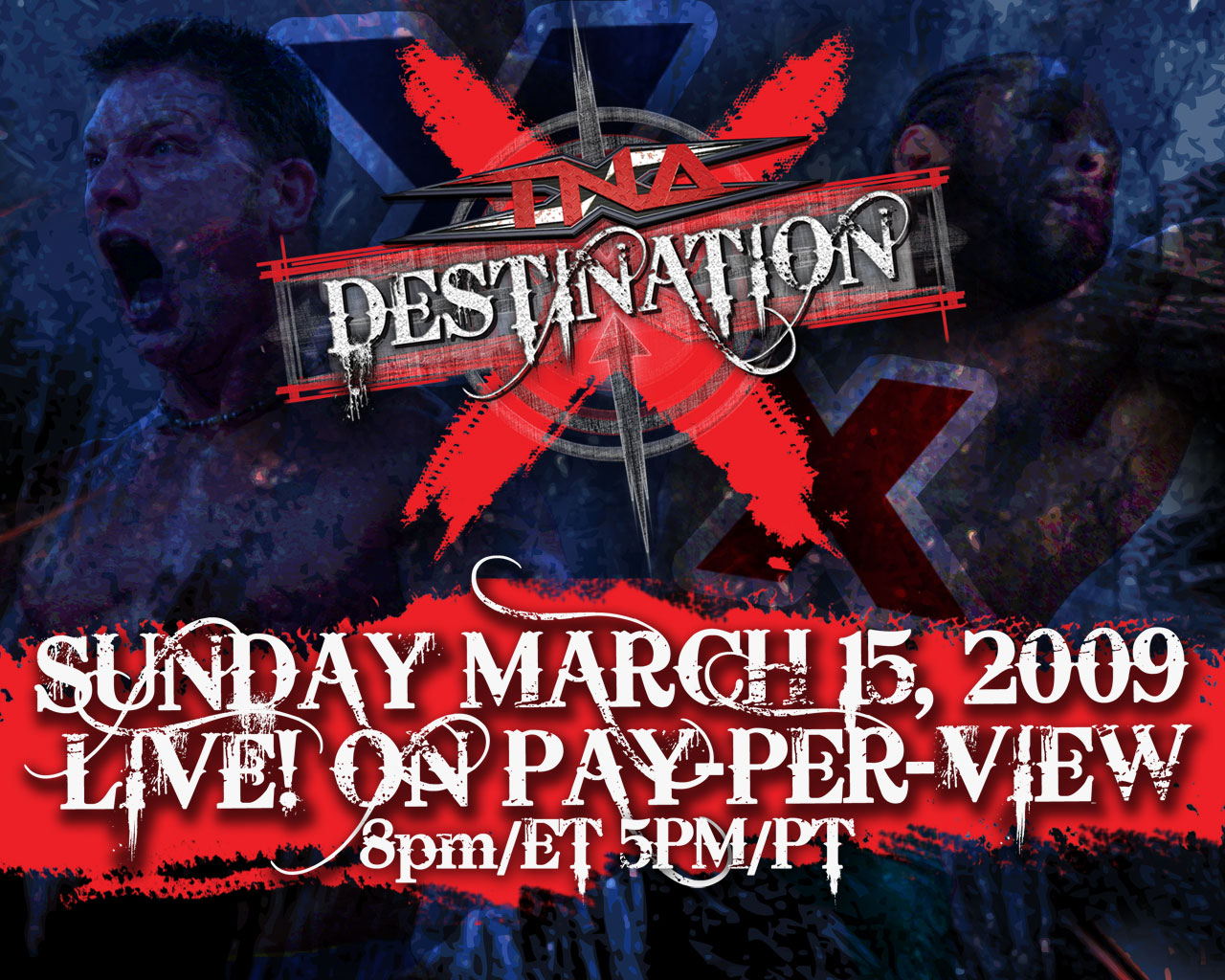 The main bout for this one was Sting defending his title against Kurt Angle with Jarrett as referee and Foley as the enforcer.

The quality of PPV from 2009 compared to previous years fell dramatically. Many people say “Hogan and Bischoff killed TNA”, but they fail to realize the booking was already in the toilet a year before they showed up. Part of this could’ve been Vince Russo who took over as head writer in 2009 with his own team, but you should also consider Jarrett and Dixie seen as they were around and letting these things happen. AJ Styles winning a meaningless title and the Ultimate X match were the only decent things to come out of Destination X.

The main event was a six sides of steel match for the TNA World Heavyweight Championship between Sting and Mick Foley.

The tag team title match was the most exciting, and the rest certainly did not live up to expectation. Foley vs. Sting for the title in 2009 should not have happened, but you can’t blame either man for doing as asked.

The main event was scheduled as a Four Way Ultimate Sacrifice match which saw champion and challengers each put something on the line.

Certainly an improvement with some decent matches in there. The main event was a bit much, and I think most fans were happy with Sting keeping his career and not much else mattered otherwise. It’s a brain teaser without a doubt.

The show featured two King of the Mountain matches on the same card for the first time in history, one contested for the X-Division, and the other for the World title in the main event.

An enjoyable show, but again it should have been more than it was. When the Monster’s Ball stands out over other matches there’s an underlying problem. Not putting the title on Joe or AJ could be seen as a mistake by loyal TNA fans who grew sick and tired of seeing them being kept down in favour of former WWE/WCW guys. Joe joining Angle didn’t make much sense either, it was shocking .. yet illogical. 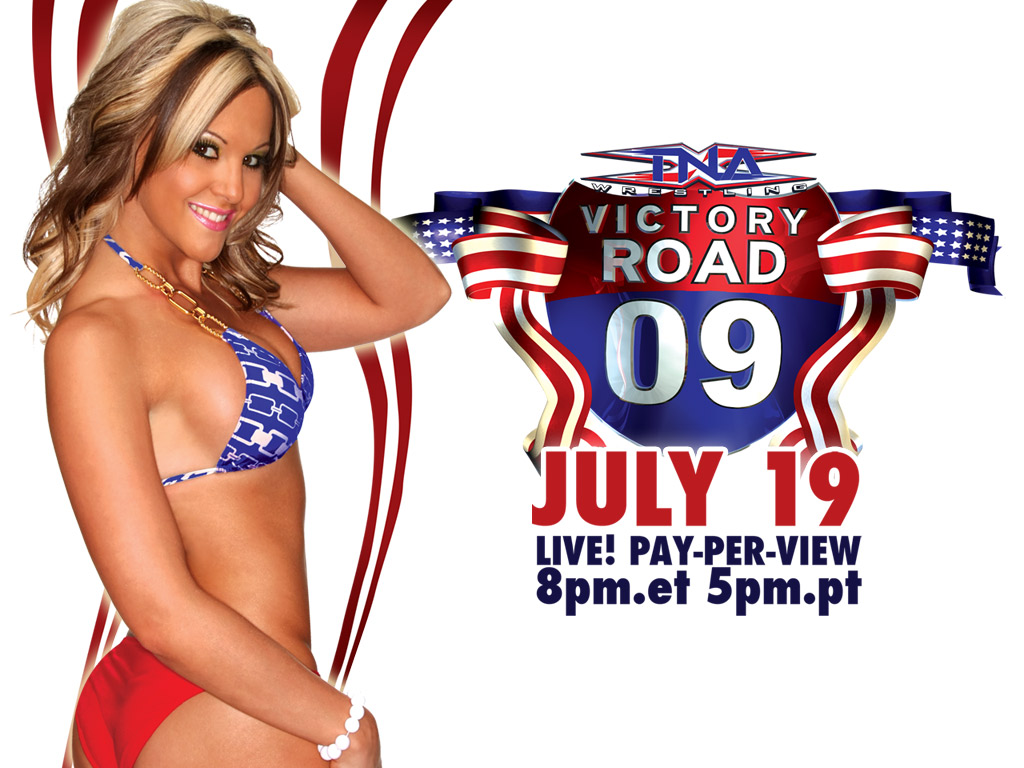 Angelina Love lost her Knockouts title to Tara on Impact before the event. The story going in was that the Main Event Mafia (now led by Angle, with Joe replacing Sting) wanted to take all TNA Championships.

It was voted Worst Show of the Year by numerous outlets. Honestly it’s not as bad as some make out, I think what got it most of its criticism was because fans were tired of the same old “nWo” style booking with the Main Event Mafia “taking over” everything and not caring about the TNA Originals. 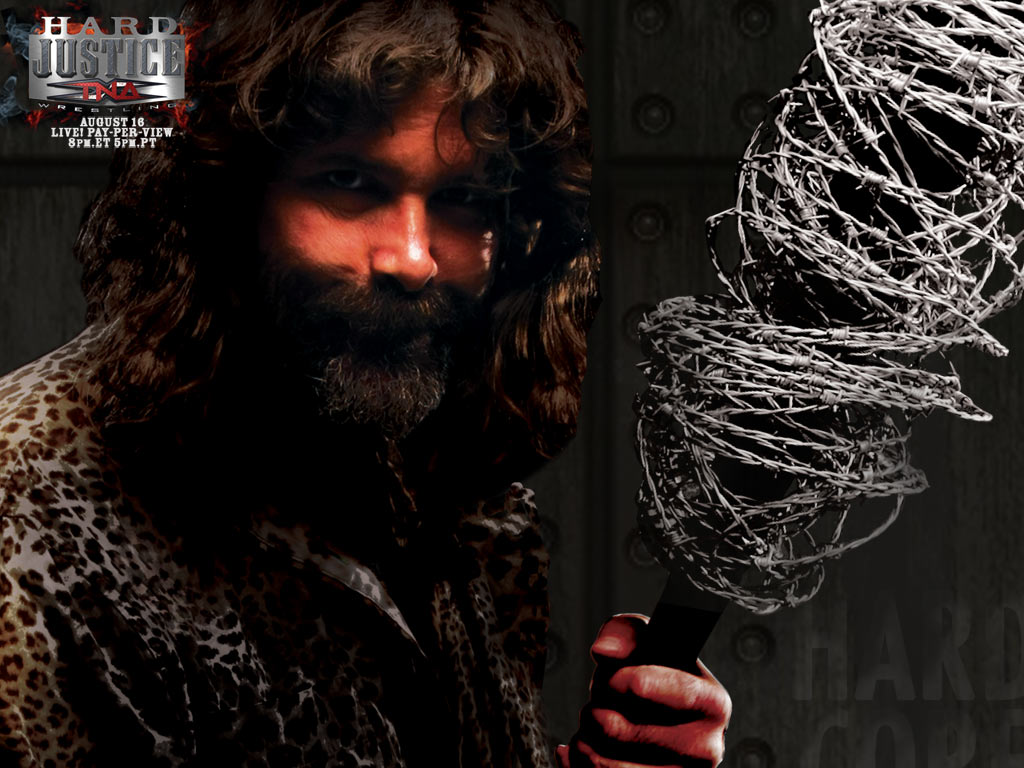 Story going in was whether Matt Morgan would go in to business for himself, or side with the champion Kurt Angle in the main event to stop Sting.

A poor show which should not see the light of the day again. The opening match is probably as much as you can handle before it turns sour. 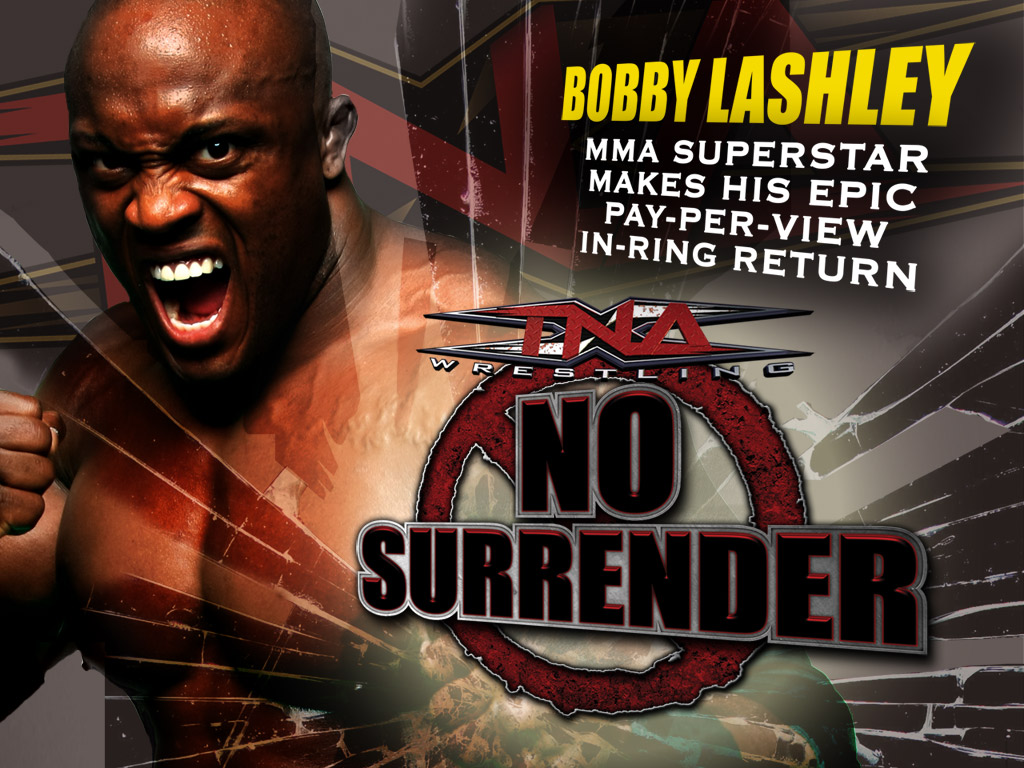 After years of Mike Tenay and Don West on commentary, West was replaced by Taz in August. The Main Event Mafia began to show cracks amidst a brief alliance with Eric Young’s World Elite (AKA Elite Mafia). AJ Styles returned to the main event scene in a four-way match for the World title against champion Angle, Sting, and Matt Morgan.

A step in the right direction! After months of poor to mediocre shows, TNA turned a corner and proved they could produce good shows. And it ended with a massive celebration including the locker room and half the crowd rejoicing AJ’s win. The fans made it happen with their continuing support for The Phenomenal One. 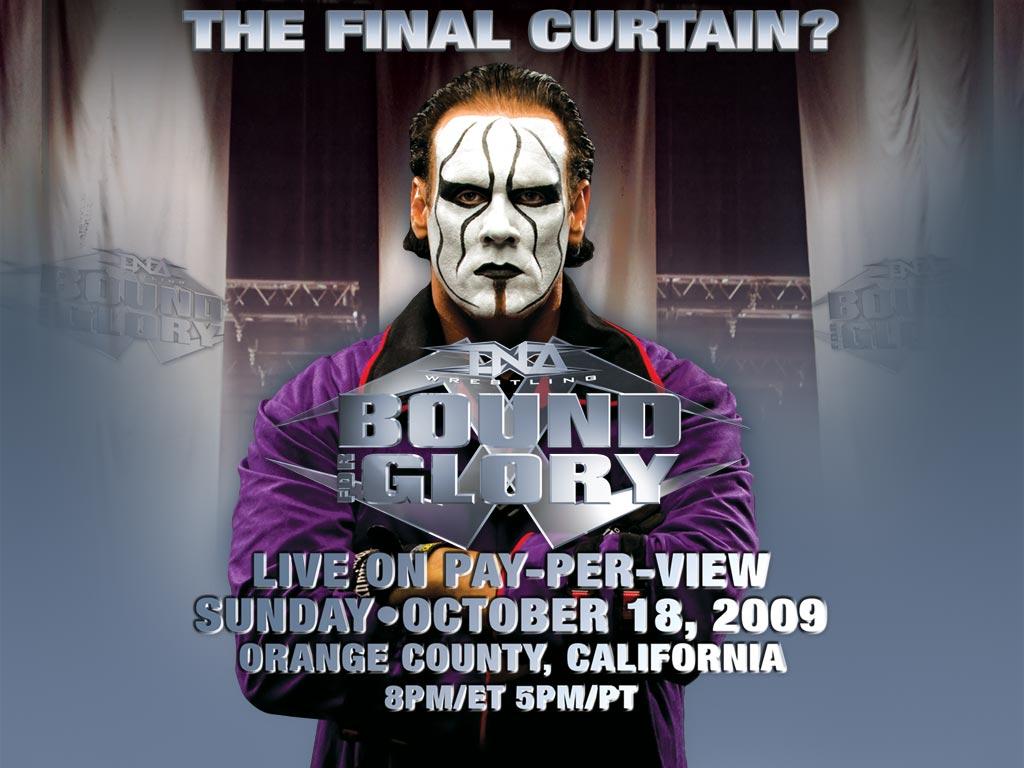 Bound For Glory – “The Final Curtain?”

The main event was Sting challenging AJ Styles for the TNA World title, in what could be his last match. 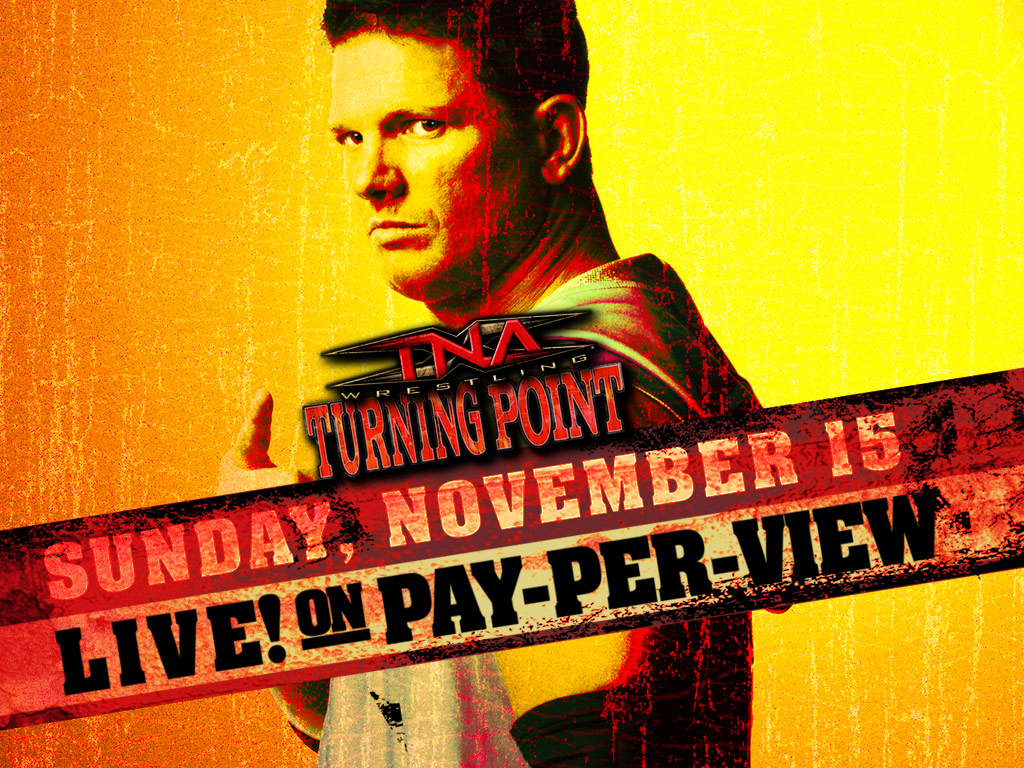 Feeling more like the TNA of old, this event included a main event of AJ Styles vs. Daniels vs. Samoa Joe for the TNA World title, and an intriguing encounter between Kurt Angle and debuting Desmond Wolfe AKA Nigel McGuinness.

Again another solid PPV which I would recommend, even if it’s just for the last two matches on the card. TNA did the right thing by taking Foley away from the main event, and reducing the roles of Angle, Sting, Jarrett, Nash, Steiner, and others. Prior to the event, it was reported Hulk Hogan was interested in signing with the company. 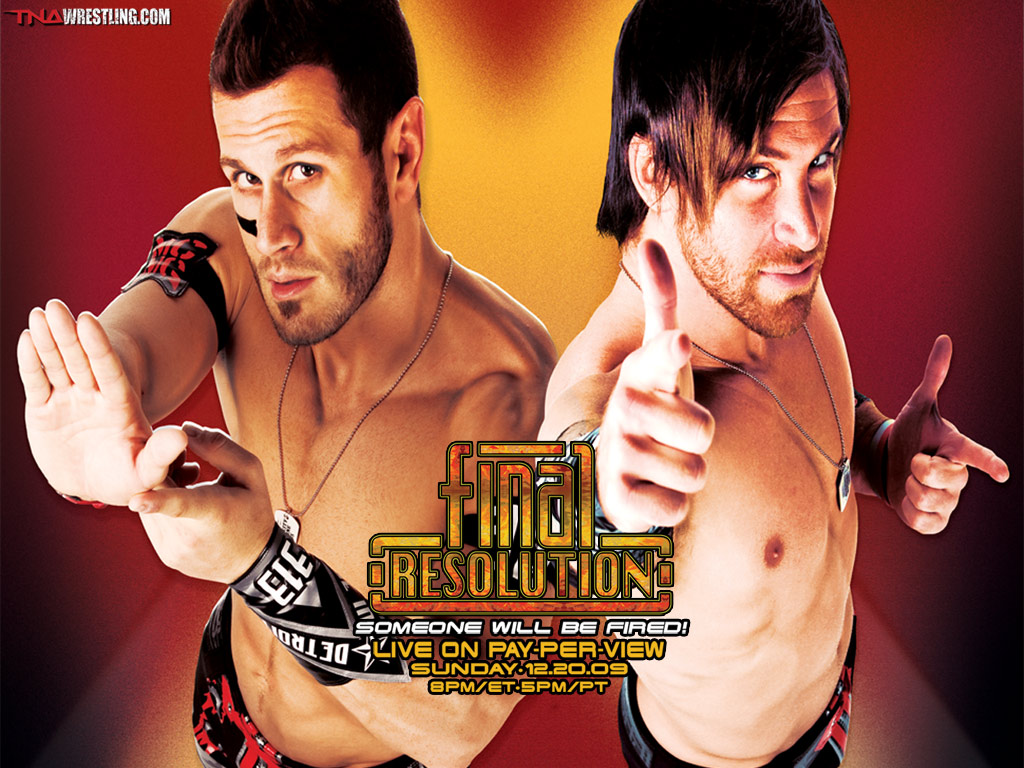 Final Resolution – “Someone Will Be Fired!”

Again it was much like Turning Point, except this time Wolfe and Angle were in three degrees of pain (Three stages of hell to WWE fans), and Daniels challenged AJ for the title in a singles match in the main event.

Just like Turning Point, Final Resolution had an average undercard and two amazing main events. The last few PPVs of 2009 were a really step up and it looked like the company finally understood what its fans wanted to see.

Many will see 2009 as the beginning of the end of the Golden Era of TNA Wrestling. The over reliance on Angle, Foley, and Sting despite their limitations and injuries was something which killed any potential the year had. Also, the Main Event Mafia perhaps dragged on longer than it needed too, and putting all the belts on them for a short time was ridiculous. Still, the negativity bubble popped the second AJ Styles won the TNA title, and from there the quality of PPV increased dramatically.

However .. the impending debut of Hulk Hogan and Eric Bischoff was around the corner, meaning the end of stables like the World Elite,  and other major changes effecting what made TNA work as an alternative. It seems .. just when TNA figured out how to be TNA again, they brought Hogan and Bischoff in to fix something which didn’t need fixing. And as you’ll see in the next edition, 2010 was a year which continues to plague the minds of die-hard TNA fans who defended the company and could no longer do so. They promised TNA would change for the better when they came in, and Hogan vowed he would take TNA to the next level and compete with the big dog WWE. Oh .. how wrong they were. Thanks for reading everyone!