Chris Jericho takes 69 tacks – Normally that number is used for, well other purposes, but in this case, it’s representative of the tough SOB the 46 year old Jericho is.

Shane McMahon’s leap of faith – Shane has always been a bonafide stunt man for most of his career, but standing on top of Satan’s structure, at WrestleMania, with thousands of people in the arena watching? Oh yeah, that’s a moment to remember.

Sami Zayn performs the Michinoku Driver on Kevin Owens on a ladder – The chiropractor was on speed dial for Kevin Owens after that. Goodness gracious.

And the winner is… 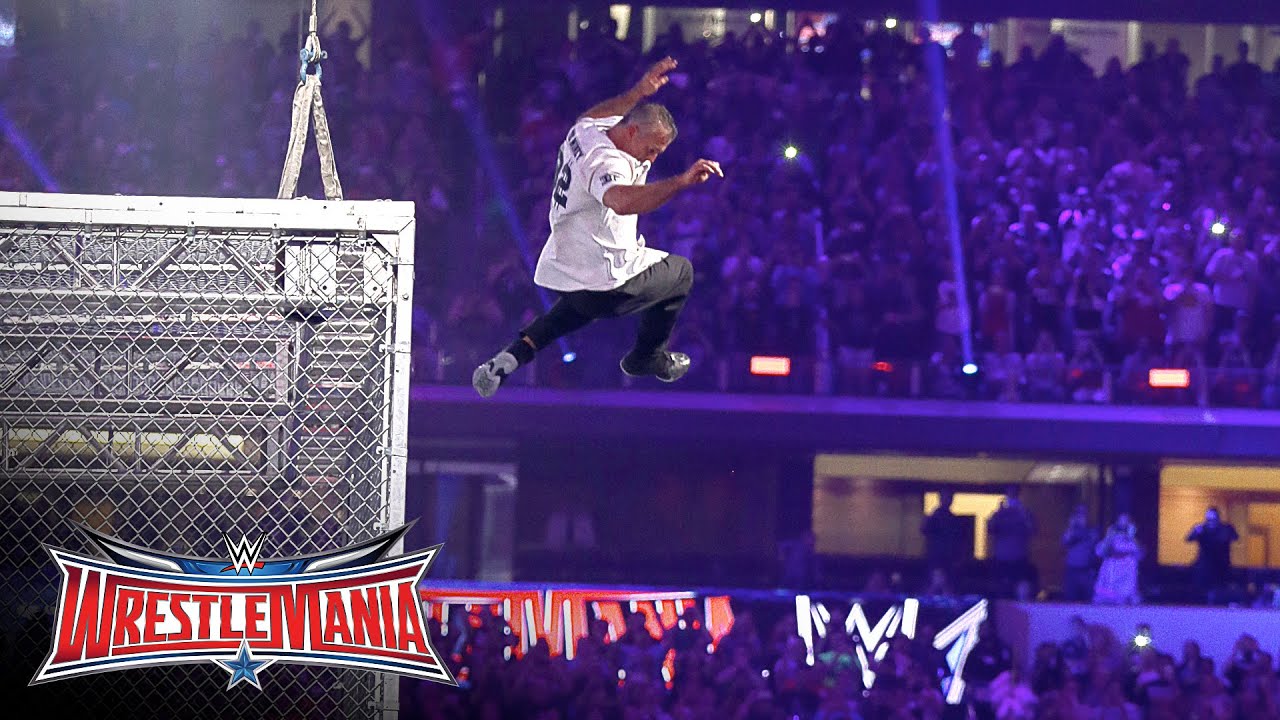 Dives off Hell In A Cell are generally epic, so congrats Shane.

Return of the Year – Awarded to the man or woman who had the best return of this year. This is all primarily based on the shock factor of the return. Honorable mentions include John Cena, Triple H, Randy Orton, Chris Jericho and The Big Show. The nominees are…..

Shane McMahon – Shane McMahon, generally the favorite McMahon of a lot of people, hadn’t been seen since 2009, so hearing Here Comes The Money after Stephanie’s award presentation was certainly shocking and a great surprise. Shane has also found a way to stay a prominent figure in WWE, facing The Undertaker in a Hell In A Cell match against The Undertaker at WrestleMania, being involved in Smackdown’s team at Survivor Series and serving as current Smackdown commissioner.

Seth Rollins – He was the superstar of the year in 2015, but a misstep he took in a spot that he’s done a thousand times over, the sunset flip in the corner, cost him his leg and he had to be out of action for at least six months. A WrestleMania return was out of the question, so the days got closer and closer, and fans constantly checked the rumor mill to see when he’d return. Much to the fans’ delight, he returned in the form of a thunderous to the then WWE Champion Roman Reigns, at Extreme Rules.

Goldberg – It started out as a promotion for WWE 2K17, but then Jonathan Coachman begged the question to Goldberg as a hypothetical, if he were to return, who would he work with. He then said that he owed Brock a rematch, and suddenly, that match became reality as Goldberg proclaimed he had one more spear, jackhammer and ass-kicking in him. And he isn’t done yet, as he is set to compete in his second Royal Rumble match next year.

Cesaro – Cesaro had been sidelined with a shoulder injury around the same time period that John Cena, Seth Rollins and Randy Orton did, and on the night after Wrestlmania 32, Sami Zayn was written off a fatal four way number 1 contender’s match, so Swiss Superman stood in his place and didn’t seem to lose a beat.

“Stone Cold” Steve Austin – It was a great WrestleMania moment for me, seeing Austin, HBK and Foley side by side by side like that. Oh, my childhood. 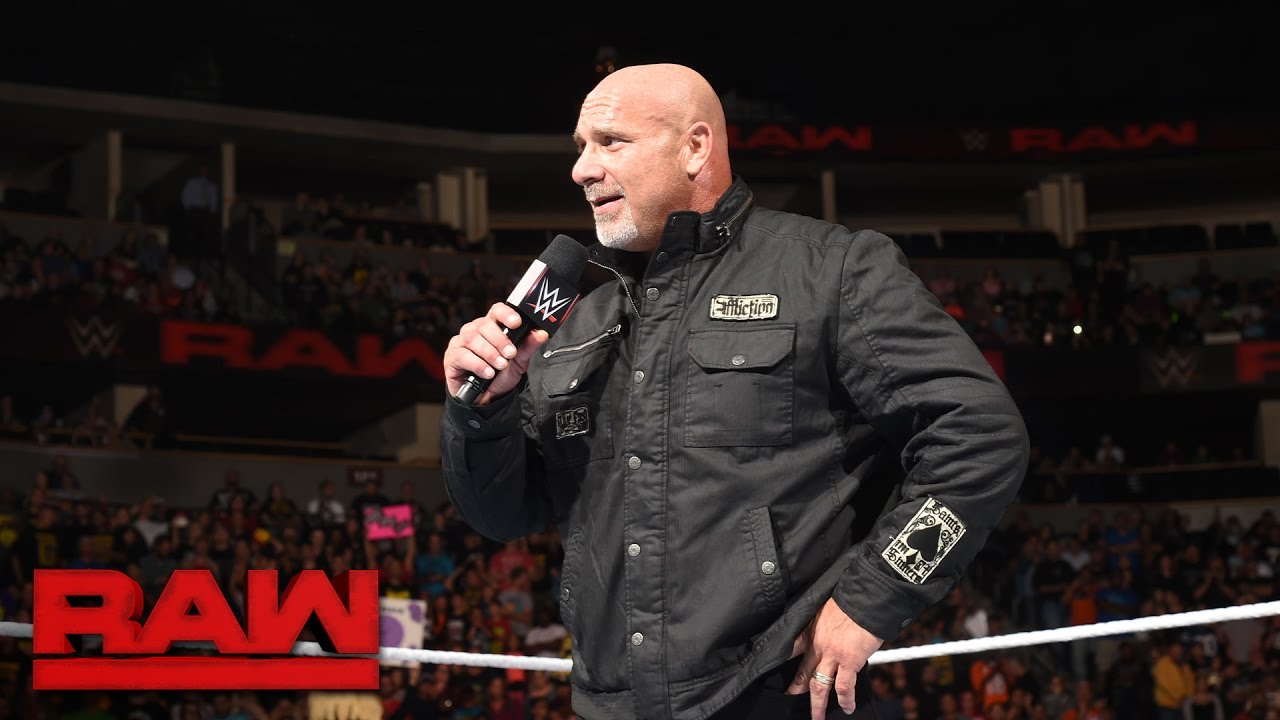 Rivalry of the Year – Awarded to the best rivalry between two superstars or tag teams. This involves the booking of the feud, the frequency with which how they fought, and of course the quality of their matches. Honorable mentions include Dolph Ziggler vs. Dean Ambrose, AJ Styles vs. Roman Reigns and Goldberg vs. Brock LesnarThe nominees are…

The Miz vs. Dolph Ziggler – One of the premiere feuds of the Smackdown brand, The Miz and Ziggler, who know each other like bread and butter, fought over the Intercontinental Title after the Summer, and took their matches to new heights and made the IC Title look like it meant something. From Backlash to No Mercy to TLC to their Smackdown matches, The Miz and Ziggler were able to elevate the title and each other in the process.

Sasha Banks vs. Charlotte
– These two women had a year similar to Randy Orton and John Cena in 2009. In both years, each pair had Iron Man and Hell In A Cell matches. In addition, both pairs also switched the titles frequently, but despite that, these two have developed incredible chemistry, but more importantly, shattered the glass ceiling in women’s wrestling and set themselves as the standard bearers for the women’s division.

Kevin Owens vs. Sami Zayn – Their rivalry really began in 2014 when Owens debuted in NXT and took the NXT Title off of Sami Zayn, but their rivalry intensified and came to a head this year. It started when Zayn entered the Rumble and eliminated Owens. Since then, Zayn served as a thorn in Kevin Owens’ side, because he also cost him the MITB briefcase and Intercontinental Title at WrestleMania. The two went at it numerous times this year, and their match at Battleground remains one to remember.

AJ Styles vs. Dean Ambrose – The top two picks for Smackdown LIVE did a wonderful job carrying the blue brand this year, as Styles served as the perfect foil for Dean Ambrose. Styles took the belt off of AMbrose at Backlash, the two were involved in a fantastic triple threat at No Mercy involving John Cena, and finally, in one of the best TLC matches I’ve seen, Styles stood atop the ladder victorious. 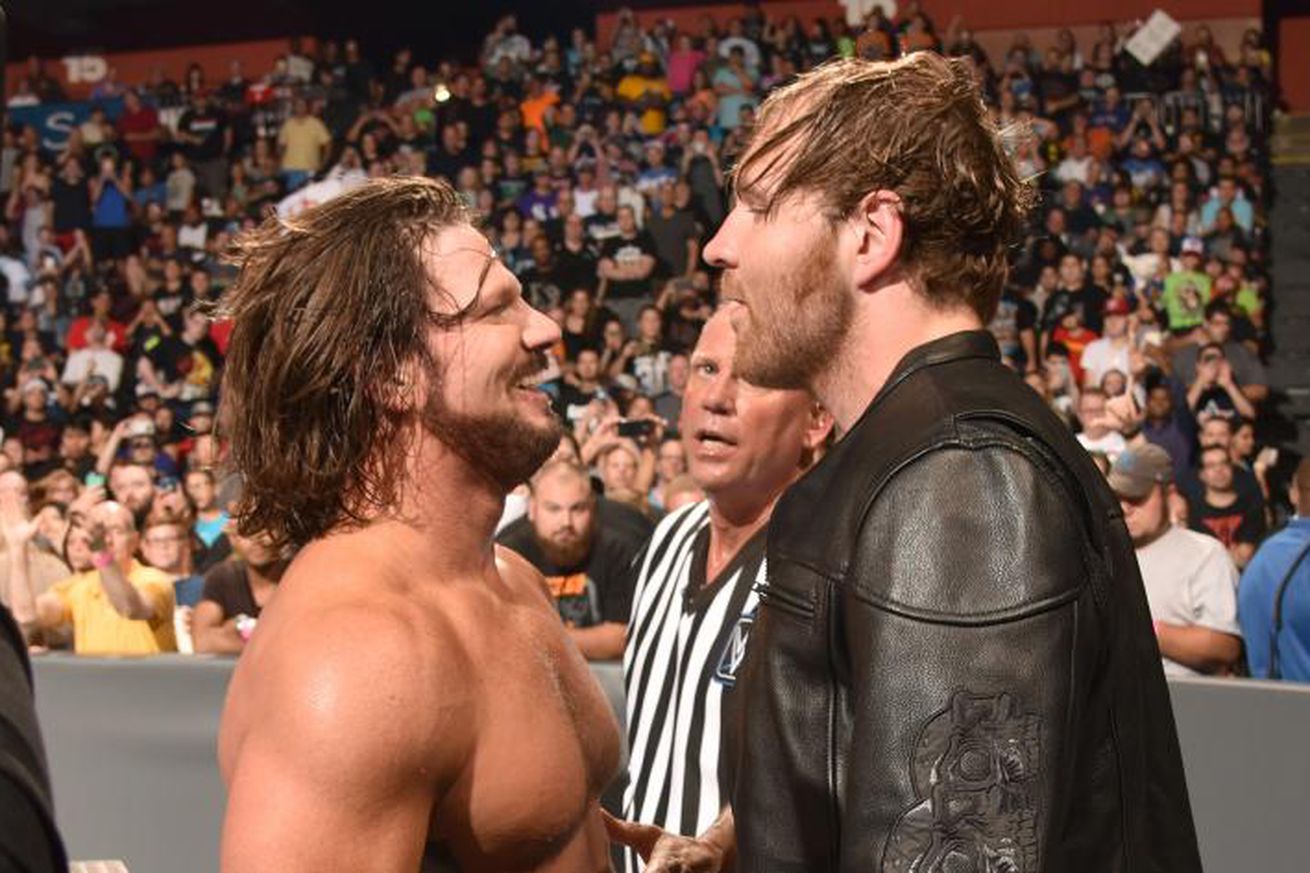 AJ Styles vs. John Cena – They only faced off twice one on one, but this was a true dream scenario. Styles came out when John Cena returned from injury, and the crowd immediately sensed the importance of the moment. Two icons of two separate brands facing off again, once considered a dream, then became reality. The two had a great outing at Money In The Bank, but they topped themselves to a new degree at Summerslam, and that established AJ as the top heel in WWE.

And the winner is…

While I believe a big part of their feud was just for the sake of making history, and while it was overstated for a while, I really think that these two have raised the bar for women’s wrestling. When you compare where the females are now from 1-2 years ago, it’s a huge improvement. In addition, this has also paved the way for more stipulated women’s matches such as No DQ, Falls Count Anywhere and Tables Matches. But all the feuds nominated were worthy of the claim.