Home Articles Who Are The New NXT Women On The Main Roster? Hi everyone. Today, I’d like to take a look at the five new NXT women to join the main rosters. Two have formed an alliance with the returning Paige on Raw, while the others showed up as a trio stable on Smackdown Live. All five have wrestled in NXT for some time. I’ll start with the Smackdown Live call-ups.

Making her wrestling debut at 18-years-old in 2011, Sarah made a name for herself in the IWA East Coast promotion as Crazy Mary Dobson. From 2014, WWE hired her for cameo roles, including being The Miz’s make up artist, as well as multiple appearances as one of Adam Rose’s Rosebuds. Not long after, she debuted in NXT as Sarah Dobson, losing to Becky Lynch in her first WWE match. She was used sporadically after that, losing to Bayley, Alexa Bliss, and other rising stars. From 2016, she officially signed to NXT and trained in the WWE Performance Center. She won a match on Wrestlemania weekend against Macey Estrella, but after that she didn’t win many more. She got in to the Mae Young Classic, but was eliminated in the first round. She also failed to qualify for the fatal four way at NXT Takeover: Wargames.

From what I’ve seen, she’s a solid worker who needs experience to flourish. I was shocked when I saw her on Smackdown, as she had hardly any success in NXT. She is easily the least experienced of the Smackdown trio. Regardless of the fact, she’s been thrown in to the deep end and has to deliver, or face getting released from her dream job.

Liv is a former competitive cheerleader from New Jersey. She is a long-time wrestling fan, citing Lita as her biggest idol growing up. She did not wrestle in the independents, she was found in a gym in 2014. Liv signed a NXT contract shortly after, and she debuted as the biggest fan of Tyler Breeze. She initially wrestled as Marley, losing to Eva Marie quickly. She’s also known to have been in a relationship with Enzo Amore, but is currently dating former UK Champion Tyler Bate. 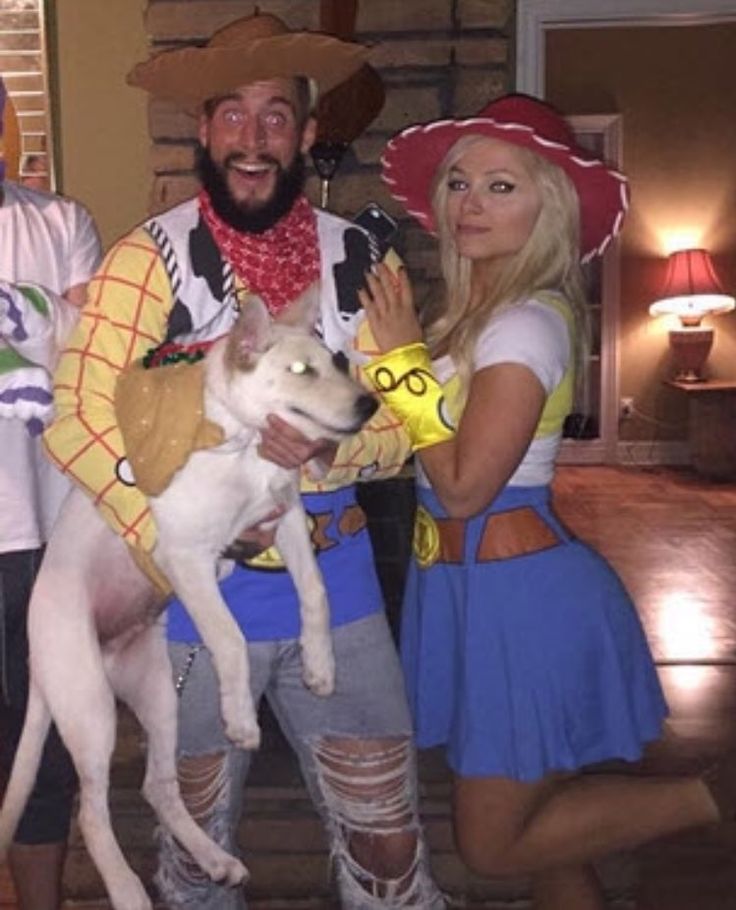 After debuting as Liv Morgan in 2015, she was lost in the mix as rising stars such as Bayley, Sasha Banks, Charlotte Flair, Becky Lynch, Asuka, Carmella, and others made it difficult to rise through the ranks. She could only find success by defeating the likes of Aliyah, or being on the right side in tag matches. Much like Logan, Liv did not come close to winning the NXT Women’s title as she never got the opportunity. She also did not succeed in qualifying for the fatal four way at NXT Takeover: Wargames

At only 23-years-old, Liv has a lot of time to learn. I’m a fan of her character, she has a good look, but I have to question her wrestling ability. She’s probably the sloppiest worker of the five, and she doesn’t draw much reaction. I was .. again, shocked to see Liv on Smackdown, as she still needs a lot of work. Perhaps the leader of the group can get her up to speed. She’s a very accomplished indy wrestler, winning many women’s titles in her 7-year career as Heidi Lovelace. She’s not a doll, she’s a wrestler. I don’t want to go in to her history too much, as she’s got a lot .. but I will comment on her NXT career.

Before debuting on Smackdown, I would consider Ruby the best ‘wrestler’ in the NXT Women’s Division. She hasn’t got a colourful gimmick, like Asuka, Ember Moon, or Nikki Cross, but she can get in the ring and make anyone look respectable. And I feel the Smackdown women’s division was lacking a worker who could push others to the limit. A ring general who can lead the inexperienced forward. Ruby Riot fits the role.

Having proven herself in title matches with Asuka and other rising stars of NXT, Ruby is easily the leader of the trio. I’ve compared her to Molly Holly in the past, and I hope she can live up to my strong comparison. Promos are her weak point, so she will have to raise her game if she plans on dragging Liv & Sarah along with her. 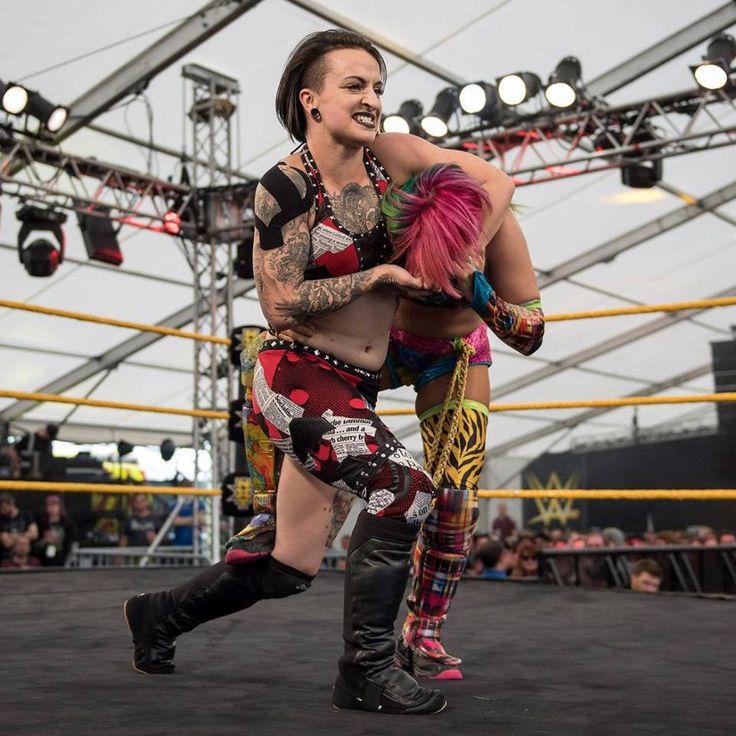 She is known as a fitness modeling champion, as well as the runner-up of Tough Enough 2015. Despite signing a five-year contract, she only worked two televised NXT matches since the beginning of 2016. Rose spent much of her time working matches at non-televised events. Not much more is known, other than being nicknamed “The Golden Goddess”. Corey Graves spoke very highly of her .. perhaps too highly.

Personally I have yet to judge because I didn’t see Tough Enough. I’ve only heard good things, but time will tell if it was wrong to move her to Raw so soon, with very little experience working in front of a live camera. She’s got experience from her previous career to fall back on, and at least she’s paired with Paige; who can teach Mandy everything she needs to know. 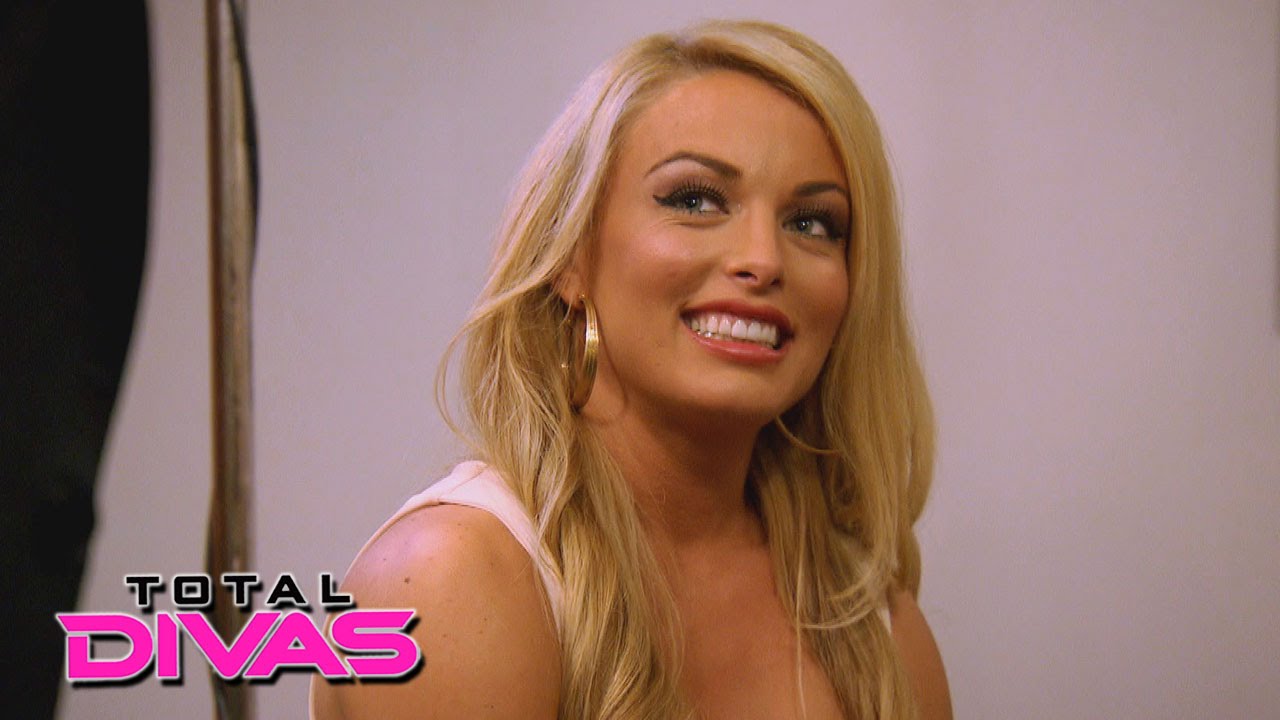 Much like Mandy, she was in Tough Enough 2015 .. finishing only 11th. But before Tough Enough, she was a MMA fighter with a 2-1 record. She’s good friends with Maria Menounos, who we all know WWE has good ties with. She’s also the first openly lesbian performer in WWE history.

After debuting as Sonya Deville, she gained momentum with a winning streak. Despite this, she was unable to qualify for the fatal four way at NXT Takeover: Wargames. She didn’t get the chance to face Asuka for the title, but something tells me they will cross paths eventually.

Sonya is lacking character. Other than that, she has what it takes to make it. Her hard-hitting style makes her a threat, and fans will enjoy watching her fight. But she doesn’t always fall back on MMA, it’s not like watching a MMA bout, but she does bring similar power and intensity in her offense. She isn’t bad at vignettes, and not useless on the mic either, so much like Mandy Rose .. I can see why WWE made her Paige’s enforcer. She is Paige’s #1, while Mandy has to prove she’s worthy in other ways. I didn’t see this coming. I figure the decision was more to do with wanting to keep these girls around so they wouldn’t be lost in a very competitive NXT Women’s division. WWE must see something in them, or they would’ve released them all. Deville & Rose have the best deal, they get to stand next to Paige and learn, while Riot, Morgan, and Logan have to find their own way in the world.

Luckily the Smackdown division isn’t too competitive til you get to the likes of Charlotte, so there’s many potential matches. And the cool thing is .. we’ve got Ember Moon, Nikki Cross, Kairi Sane, Peyton Royce, Billie Kay, and other NXT girls who are easily more deserving of a call-up. The old guard, girls like Alicia Fox, Natalya, .. even Mickie James, they should be worried about their futures, because the roster can only hold so many. Thanks for reading everyone! And see you again soon.