Dr. Jerry Graham was one of professional wrestling’s most unique and unstable competitors, even having an entire chapter in Terry Funk’s autobiography dedicated to him. The 245-lb, Class Of 2008 WWE HOF, has an abundance of infamous road stories attached to his name. None though come close to the story involving Graham and his recently deceased mother.

It was 1969 and Graham, being a World War Two veteran, suffered from PTSD and Alcoholism. Graham’s mother was just hospitalized, only being kept alive by machines. In her condition, doctors planned to “pull the plug”, however, when Graham got word of this, he made a threatening phone call to the hospital demanding his mother be kept alive. Unfortunately, she passed away later that night. Stricken with sadness, Graham armed himself with a Sawed-Shotgun and hunting knife before entering the hospital and demanding to see his mother. With his 12-year old son by his side, Graham was able to fight off hospital security and doctors to make his way into his mother’s room. Graham proceeded to wheel her down the hall, eventually picking up her body with one arm, and fighting bystanders with the other. He made it all the way to the parking lot before dropping his mother’s body on the hood of his car, resting in a moment of exhaustion and tiredness. 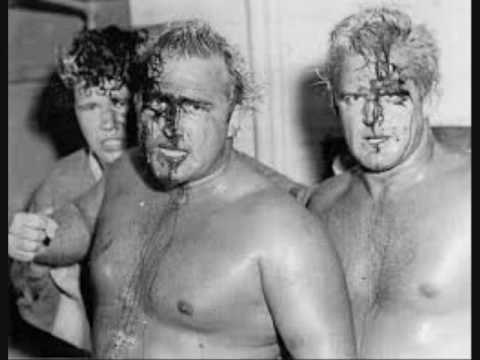 Just as this happened, police arrived at the scene. Graham decided to take the cops on as well, but wasn’t so lucky as one of the officers almost bashed his skull in with a nightstick, ending Graham’s reign of terror.