Home Articles Are Part-Timers Hurting The Advancement Of Future Superstars? Pt. 1 Of 2 Hi! Today, I’d like to talk about part-time WWE contracts and how they affect the full-time rosters development. I’d like to take a look at the history, as well as the positives and negatives of having select names under this type of contract. It’s a topic which continues to find its way in to wrestling discussion, so I’d like to tackle it without being biased if possible.

I’ll look at both sides of the coin. You will decide if it’s best for business, or if it sets a bad precedent which needs to be dealt with before it causes a decline in the advancement of future superstars. I’ve got a lot to say, so I’ll split it up in to two parts; with the second post going up in early December. There are ten names I believe are synonymous with the part-timer label, so now .. let’s take a look at the careers of five of these men.

The original part-timer. When anyone complains about a part-timer taking the spotlight, they have to remember The Undertaker. And no matter how much we love him for everything he’s done for WWE, he has taken a Wrestlemania spot for the past six years despite wrestling once (and perhaps a few more times) a year.

And what looked like his retirement at the end of Wrestlemania last year, was probably not. His career continues to be extended at the expense of the next generation. Braun Strowman should show up and wreck The Brothers Of Destruction in five minutes, establishing himself as the true monster among monsters. I love The Undertaker, I grew up watching him in all of his glory, but he just doesn’t belong at Wrestlemania anymore (in a match). He’ll always be a solid ambassador, he’ll be great in smaller roles, but they should really consider putting an end to it .. unless he can somehow fix all of his injuries and return to a full-time schedule. 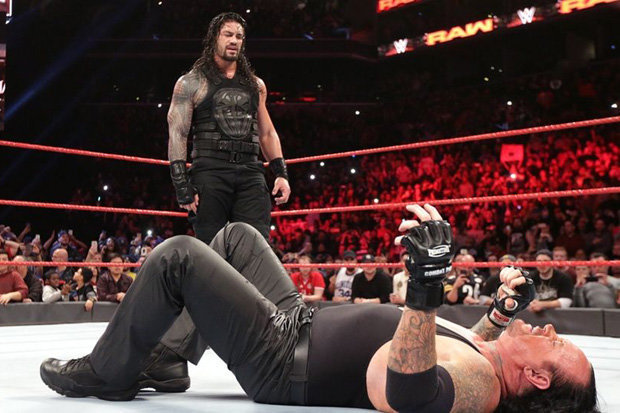 Not long after The Undertaker went part-time, Dwayne Johnson graced us with his presence after years away from the ring. Despite the good nostalgia and hope he would return more often, it was not the case at all. He promised he’d never leave again .. then he left. He did everything to sell Wrestlemania, while at the same time promoting himself and taking up main events against John Cena. He drew mixed reactions from some crowds.

Unlike The Undertaker, The Rock left us. He saw big money in Hollywood, and felt he’d be better off acting than he would doing what his father and grandfather did. He always claimed to be following in their footsteps, yet he only showed up for Wrestlemania when it suited his acting career. Showing up ‘via satellite’ became a running joke, and it was evident to fans that he’s not reliable, and he doesn’t mean everything he says.

Undoubtedly he is a massive draw. Vince can’t say no .. and he’s got to give The Rock something which makes him look good, otherwise he’s not going to do it. Like I said earlier, Vince needs The Rock more than Dwayne needs Vince, so Dwayne has all the power, which is detrimental to the talents who have to job, or worse .. lose titles to “The People’s Champion” before the biggest show of the year.

When he quit in 2010 it didn’t look like he was ever coming back. Coincidentally, he moved on to his movie career up til his return in late-2013 while working on Guardians Of The Galaxy. He was welcomed at first, but it turned sour when he eliminated Roman Reigns to win a Royal Rumble match which did not include fan favourite Daniel Bryan. The fans disdain was so clear a change had to be made to salvage the Wrestlemania main event. He was mocked for donning blue attire during the Evolution vs. The Shield match, and quit again shortly after. It was one of the worst returns in recent memory.

I’m still clueless to why WWE found it necessary to push Batista while Daniel Bryan was red hot, but it goes to show it’s the fans who make legends. While Batista had a really successful run in WWE, his return will always be remembered as a joke. He couldn’t connect with fans, WWE were powerless, and he gave us all a good laugh by being the odd one out. It’s a prime example of how a part-timer can almost ruin a career. Imagine if Batista had gone on to win the WWE title? Imagine if WWE didn’t listen and went ahead with it? Wrestlemania XXX will have gone down as the single worst PPV in recent memory. 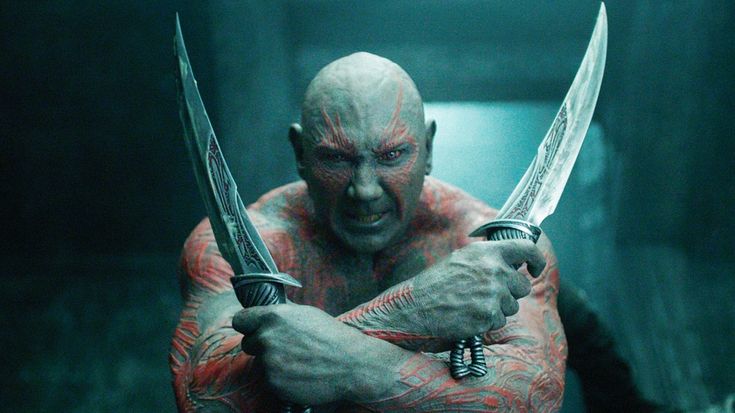 It didn’t seem real and it was over in a flash. Sting’s best work will always be in WCW and TNA Wrestling. Granted, his later days in TNA was a bit of a joke(r), yet it didn’t tarnish anything he’d done before. When he debuted in WWE, the hype for a possible Sting vs. Undertaker match was huge. There was only one match fans wanted to see, and it was Icon vs. Phenom. Sadly it never happened, and the matches he did get didn’t do enough to sell his legacy. An injury he picked up in a match with Seth Rollins may have retired him for good, but we’ve yet to have confirmation on this.

Is it a risk he should’ve taken? The fans will always selfishly say yes (me included), while his family might have thought otherwise. Is one more match worth being paralyzed for life? Is one more match worth a life? I’m not trying to be over-dramatic, but I do get concerned when an older wrestler filled with injuries is expected to work with someone who should be running circles around them. All it takes is one botch. I’m happy I got to see Sting in WWE, but I’m not so happy that he couldn’t end his wrestling career on a high note. Perhaps he will return one day for a retirement match? 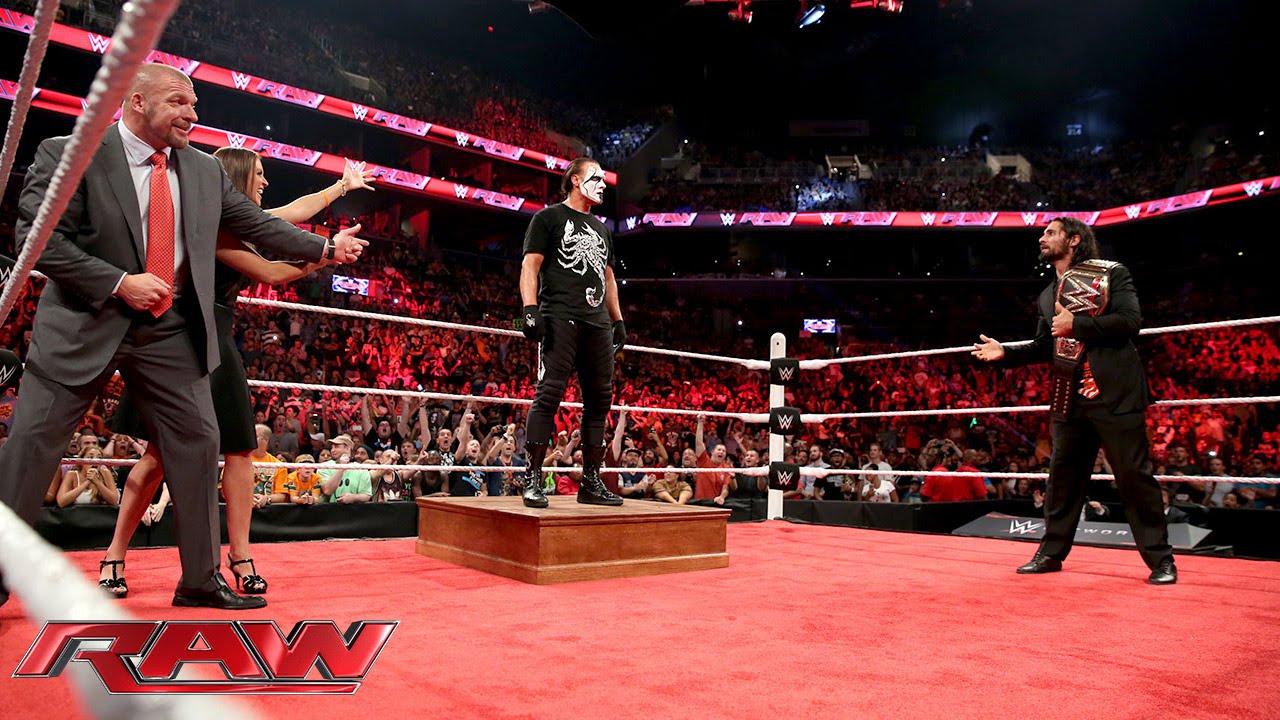 I was shocked to see his return, and the hype was real. It’s unbelievable after all the years, that he was able to put his differences with Vince & WWE aside for one last run. His backstage reputation hasn’t always been great, largely because he’s never learned how to work the right way. His WCW character was so dominant, yet effective. WWE managed to bring the dominance back, and some loved it, while others didn’t care for it.

It was difficult for some to digest, as he was almost 50 and hadn’t wrestled for 12 years. Lesnar was the favourite, but he lost in short & surprising fashion. He went on to beat full-timer Kevin Owens (w/ Chris Jericho) easily for the Universal title, before going to Wrestlemania where he picked up the one-and-only clean loss of his career to Brock Lesnar. We’ve made it half-way through this topic, and I’m beginning to see a trend. The status of a part-timer is acceptable for some, and not for others. It’s heavily reliant on logical booking, as well as how much it affects the current roster. With Sting we had an icon who would’ve done a lot for the current generation had he not been injured, while with Goldberg his character didn’t allow him to do so (without seriously damaging his appeal).

I felt like talking about this in-depth as it’s easy to get caught up in wanting our favourites to get over, while being blind to the fact they don’t draw as much as they need to. The problem is wrestling isn’t as mainstream as it was in the 80’s/90’s, and WWE is stuck in the past. Vince has to keep bringing back the big guns for Wrestlemania to sell tickets, and it shows a lack of faith in the current generation. It feels a lot like WCW when the old guard used their power to get lucrative contracts and main event spots, while those who put in the hard work and sacrificed time away from their families always came up short at the glass ceiling.

How do you feel about part-timers? Is there room for it? Or do you think any talent who isn’t (or can’t) willing to work a full-time schedule shouldn’t get any opportunities? Was it right to bring in Sting? Was it right to give Goldberg one last run? Will we see more part-timers in the future? When do you think Vince will move on? Should The Undertaker retire? There’s so many questions, and some are not easily answered. Please let me know your thoughts in the comments, and I promise to post the second half in early December. See you then, and thanks for reading!