If a columnist is so bold as to make predictions on an upcoming PPV, they should be held
accountable for their predictions. Aside from highlighting the winners and
rating, I will compare them to my original predictions. 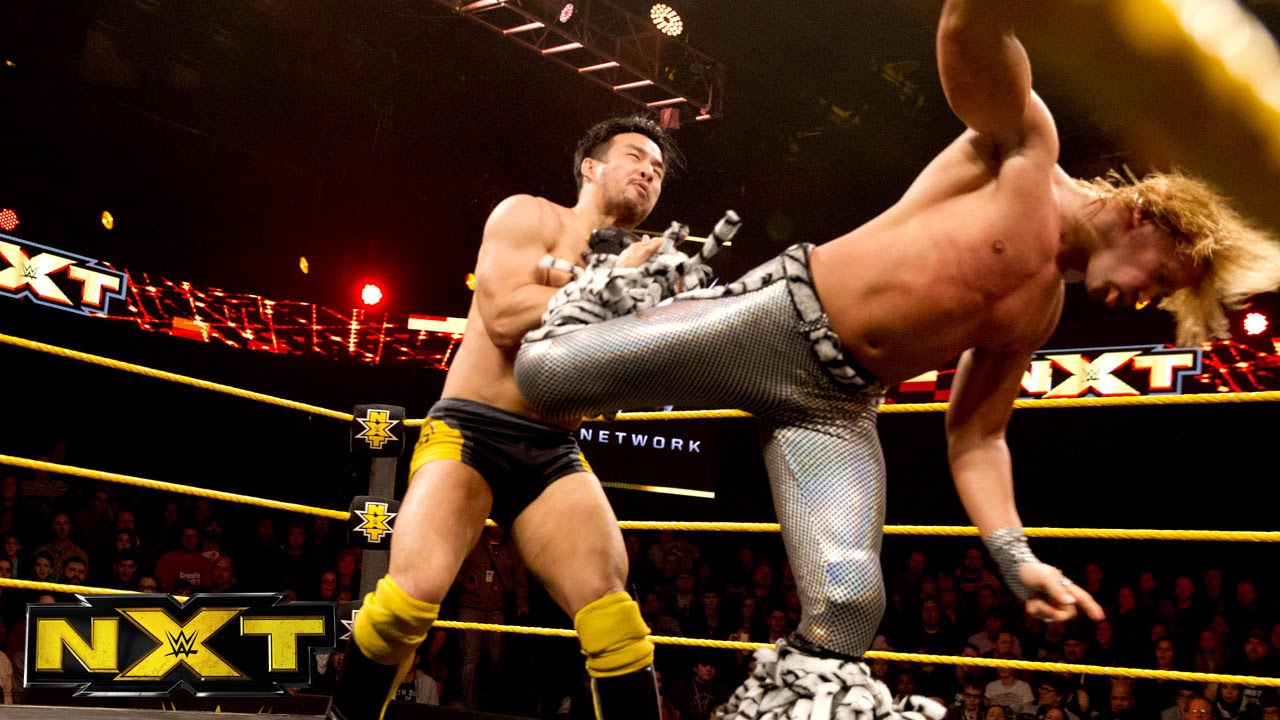 Very solid way to start the night. Both men show why they
are in the upper tier of talent in the WWE. Itami still looks slightly
disconnected, but a few more months of in-ring events under the NXT banner and
he will look just as comfortable as he did when he was in Japan. The girl jumping on Breeze during his entrance made for some good comedy. His character is the good kind of goofy, that will hopefully not get overdone on the main roster. The action was
similar to what we would expect, and very enjoyable. Many, many kicks. Tyler (hopefully) looks
close to debuting on the main roster. Remember that Tyson Kidd was on a losing
streak while transitioning back to the main roster. Itami will likely float until Balor is done with Owens, then he will challenge for the title.

Unfortunately, a few botches on the Lucha Dragons’
end hindered this match slightly. The announce team played on it quite well, so
props to them. If you were not paying attention, you could have just as easily
missed them, thanks to the announce team. Blake & Murphy have finally been noticed
as a credible talent, which is great for NXT. Blake & Murphy planted
Kalisto with an innovative move (if anyone knows the name of that double team pop-up slam move, do tell). They definitely have
shades of the Rockers, with the athleticism of the WGTT. Expect some rivalries
with Gotch & English, as well as a possible heel Enzo Amore & Cassady.

If you expected nothing, this may have been a good
match to watch. Some people expected a physical throwback “hardcore” match, and
did not get anything near that. This match did nothing to help the stock of
either man. Hopefully, this was the blow off match, and they can both move onto
new opponents. Corbin clearly needs a bit more training, and needs to learn to
be a little less stiff in the ring. NXT is all about polishing up future stars for
the main event, so he does have much more time to learn and grow. Dempsey has
skill for his size, but needs the right opponent.

If this was 5-10 minutes longer, it would have been
an easy case for match of the year. Regardless of the time, it was still
amazing. Both men have some of the best athleticism and in-ring work in the WWE
today, so it was not surprising that they put on an amazing match. Both men
have also worked together in the past, which definitely helped some of the
sequences. They are very comfortable in the ring together, and put on something
that I truly hope we see again, both in NXT and on the main roster. Balor vs.
Owens will be quite interesting, especially on the build after Zayn is out of
the title picture. Neville is also likely transitioning to the main roster
soon, so don’t expect too many more feuds on NXT. Simply amazing.

It’s puzzling how four beautiful women can put on
one of the best women’s matches in the past few years, and the main roster has
consistent botched 3 minute bathroom break matches. Triple H is very smart in building
and highlighting proper women pro wrestlers, as opposed to models that pretend
to be superstars. The in-ring action was amazing, and this match would put many
of the main roster men to shame. Sasha as champion sets up for feuds with many
of the girls, including an eventual title transition to the favorite underdog,
Bayley. The future is very bright for the women’s division if Triple H can
properly help these girls transition. Fantastic match.

Maybe we all expected too much for this? Although
this was a great match, it was not the best on the card (I would give that to
Balor & Neville). Owens had his “Brock Lesnar vs. Cena” moment, which
solidified him as a monster heel. Again, both men seemed very comfortable
together, which helped the match flow properly. The biggest question is where
does Zayn go from here? Will they do a quick title turnaround, or will Zayn
head to the main roster soon? Clearly they will have another match, as it was a
ref stoppage win as opposted to a pinfall or submission win. Owens winning
opens up for a good title feud with both Balor, and eventually Itami.

As a whole, this was one of the better specials/PPVs
over the past few years. Fast Lane seems like it is destined to fail after the
action brought by the NXT crew.

Agree? Disagree? Had your own match ratings? Post
Below