Hello and welcome back to prediction day!

Since 2009, TLC has been filling the gap and keeping us ‘somewhat’
entertained before the Royal Rumble hype begins. Coming off a surprisingly fun
Survivor Series, TLC has some big shoes to fill. This year has some
questionable gimmick matches, such as the chairs or stairs matches. Filler
gimmicky PPV or not, this card does have the potential for some fantastic
matches. Here’s hoping the WWE decides to close 2014 with a strong finish. 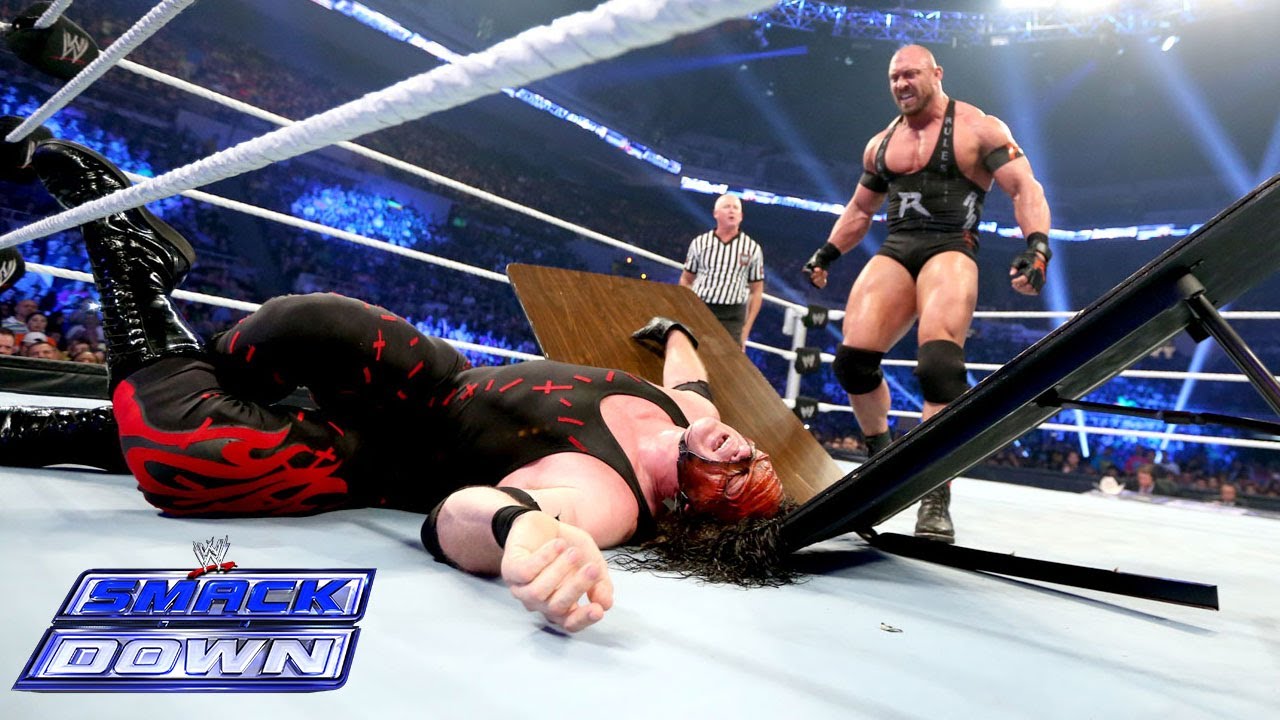 A match between an out of shape Kane and a guy who will not
be able to carry him, with a stipulation of only using chairs as the foreign
object? I cannot see this one being a classic. If anyone can remember a classic
that emerged from a chairs match, please enlighten us. WWE does need a few more
musclebound monsters in their future, especially with Kane, Henry and Big Show
all getting ready to ride into the sunset. Even though Kane has not been a
credible threat in the WWE for some time, he still carries some starpower,
which helps elevate Ryback. Who knows, maybe Kane will channel his inner
hardcore days, and we will see some fun pops in the match. 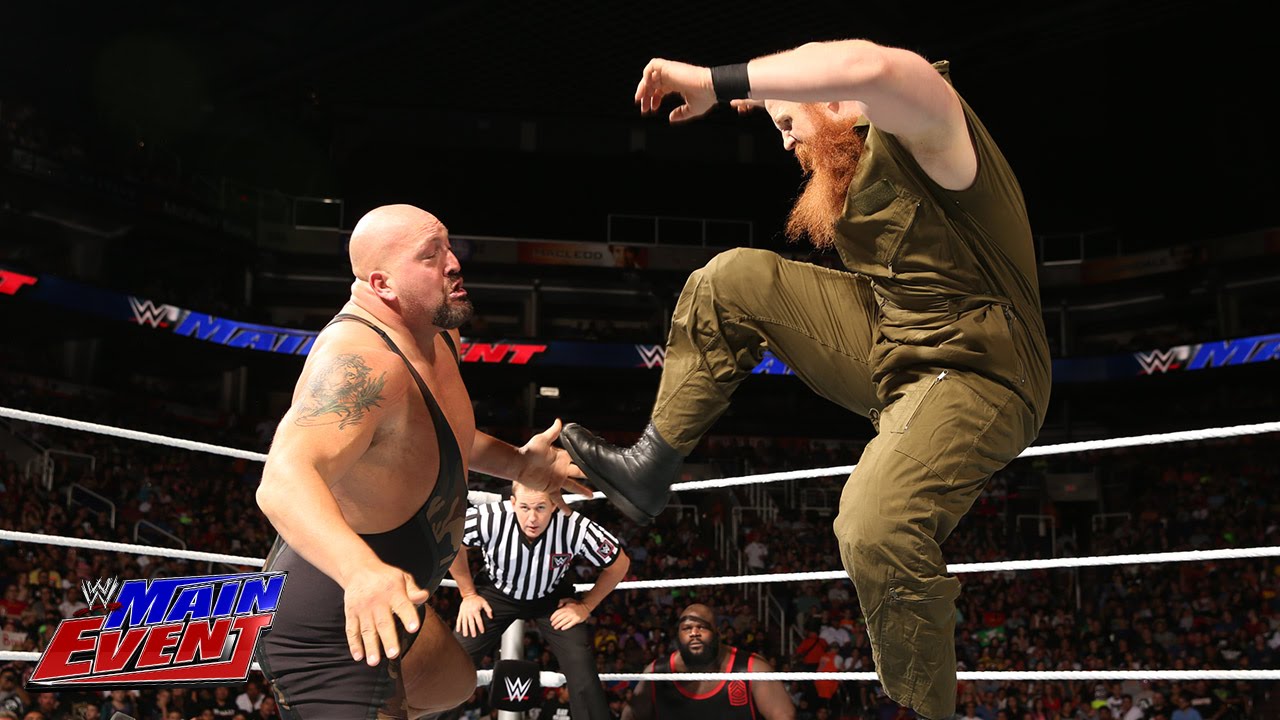 I wonder if Michael Hays pitched a street fight for this
match, then a member of creative chimed in with “I like the sound of Tables
Ladders Chairs, AND stairs!” Erick Rowan has been on an interesting push as of
late, and it would be disappointing to ruin his momentum with a boring PPV
match. These two men could have flourished in a general street fight, which
could still happen. This is all provided steel steps are not the ‘only’ item
allowed in the match. Unfortunately, the hopes are not high for this match. As
said above, similar to the Ryback Kane match, at least this can help elevate
Rowan slightly with a win over Show. Rowan and Show will need some big pops to
save this one.

*Can we just have Iron Sheik vs. Nikolai Volkoff in a “let’s
climb some stairs” match instead? The Miz and Damien
Mizdow vs. The Usos – Tag Titles

With a gimmicky PPV match, it is surprising that they did
not at least make this a Texas Tornado match. If that was the case, it would be
a faster-paced filler to cleanse the palate of a slow stairs match. Regardless,
this should be a decent match. The Usos are high energy, and Mizdow is on a
different level. Expect some more Jimmy vs Miz antics, and Mizdow stealing the
spotlight and scoring the pinfall again. Good on creative for having the tag
titles defended on a regular basis now.

Rusev vs. Swagger – US Title

I almost feel that this re-hashed feud is too soon. It feels
like Rusev already steamrolled through Swagger. It is nice that Rusev is a
champ that defends his title on a regular basis, which is far different from
Sheamus’ run. There is no indication that Rusev would drop the title to him, so
the lack of suspense lessens the credibility of this. If this match was the
tables match, there could be a sense of “Oh, maybe he might actually lose since
it’s not pinfall or submission.”

Both of these men have proven that they can get the “this is
awesome” chants started quite easily. Harper is arguably the most agile big man
in the ring today, and Ziggler has HBK-level carrying quality. I truly hope
both of these men understand that they need to make this a classic in order to
swim to the top. The fact that Ziggler has had huge ladder pops in the past,
and Harper is not afraid to take any sort of bump, we should witness a match of
the year contender. Harper winning makes sense, as Ziggler just dropped the
belt to him. Nikki’s inconsistency in the ring, even with AJ carrying, is
not something to look forward to. I was glad to hear AJ’s Slammy award speech,
where she mentioned the talented Divas (Natty, Bayley, Charlotte, Paige etc.),
and left out the Bellas, Summer, Rosa etc. There is a clear line between talent
and a pretty face, and the WWE needs to seriously consider elevating the
division with the true talent. Before I derail on this topic, I should just say
that this will be another palate cleanser instead of an entertaining,
competitive Divas title match. Nikki to win, because she is getting pushed. I’ll
admit, “rack attack” for a girl like her is hilarious, and fits perfectly. 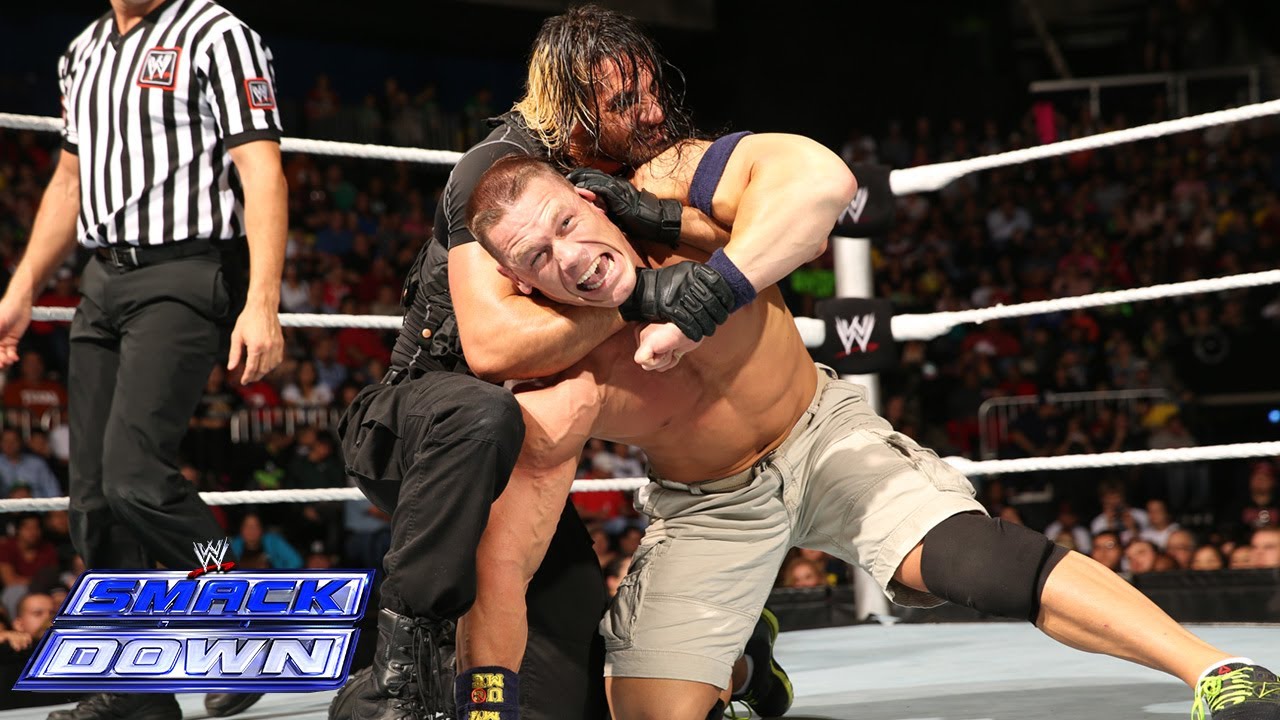 John Cena vs. Seth
Rollins (Tables match) – If Cena loses, he is no longer #1 Contender

Seth Rollins is a special talent, so this match does have
the ability to at least keep it entertaining. This is the type of match where
it’s time to truly ‘hand the keys over’ to the new batch of talent. I mentioned in a
previous article that Cena should be eliminated mid-Survivor Series in order to
build up new talent. That exact thing just happened, which was fantastic. As
this is a tables match, Rollins can win the match without pinning or submitting
Cena. This still makes Cena look strong, while elevating Rollins to a new
level. This also opens up an Orton vs. Lesnar pre-Wrestlemania match, which is
slightly more interesting than Cena vs. Lesnar again. Two of the company’s newest main eventers in a TLC match,
yes please. Similar to the Ziggler & Harper match, this one needs to be
special. This match needs to say “Maybe one of us will win the rumble instead
of Reigns.” Expect what we saw at the HIAC, with a little less fluidity and
more hardcore spots. While nothing hangs above the ring, you can expect Wyatt
laying on a table and Ambrose elbow dropping from the top of the ladder. I am
crossing my fingers for another match of the year contender in this one.

Overall, this PPV does something that Survivor Series did,
and that is focus on the new crop of main eventers. This will also close some
of the team Authority vs team Cena feuds, and focus on the Royal Rumble going
forward.