With WrestleMania approaching, speculation arises on what the card will look like. One division that has been overlooked over the past few years is the tag team division. The division has multiple storylines that can be culminated into a few great matches at WrestleMania. This is all provided everything is booked properly. Below is my armchair booking ideas for how the division should play out until WrestleMania 31:

The easiest way to continue the splinter between the two is to have another non-title match against the Usos on Raw. Mizdow can tag himself in and win, causing the Miz to argue with him. The following week, Mizdow will be in a singles match with a heel tag team member (Cesaro, Kidd,Stardust etc.) and have the Miz cost him the match, causing more arguments. The following week, in a tag match against anyone, the Miz will attack Mizdow post-match. Miz will use a chair/foreign object to give Mizdow an ‘injury’. This way, they can avoid a match at fast lane and save it for WrestleMania. Mizdow can come back on week 2 of post-Fast Lane, and attack the Miz. Then it sets the stage for Miz vs. Mizdow at WrestleMania. This quick turnaround also provides a blow off for Extreme Rules, as not all midcard rivalries can abruptly end at WrestleMania.

The Ascension continues their undefeated streak and eventually moves onto the New Day, Los Matadors & Rhodes Brothers (who should be on a losing streak up to Fast Lane). Facing Stardust &Goldust at Fast Lane (whether the pre-show or main card) will set the stage for a big loss for the brothers. After the match, Stardust can wipe his face paint off and attack Goldust. This will setup for the long-awaited Goldust retirement match against his brother at WrestleMania. The Ascension’s winning streak will possibly get them into the WrestleMania tag team title match (noted below). As it is a multi-team match, losing will not hurt their credibility. 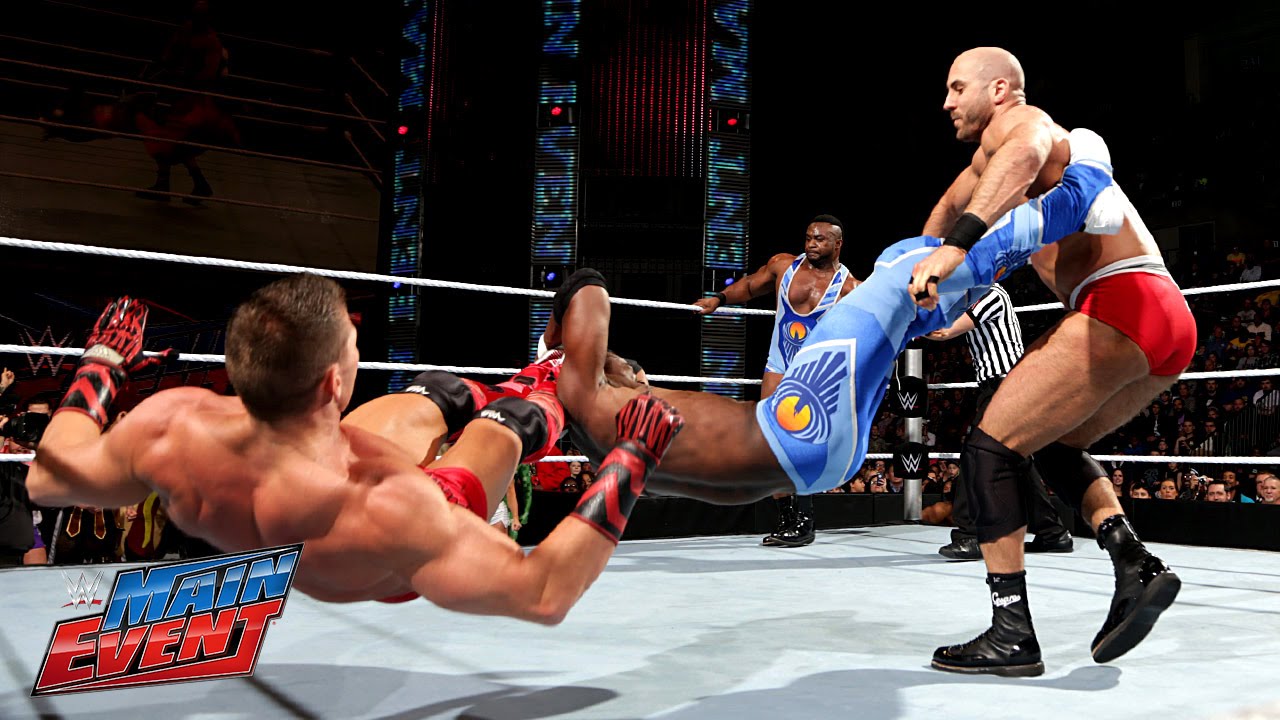 As Kidd & Cesaro have been on a roll as of late (whether it be wins, or just impressing the crowd), it’s an easy sell to give them a title shot at Fast Lane. This is a fast paced opener that Fast Lane will need. After they lose, they will continue to feud with the Usos. WrestleMania will setup for a triple threat ladder match for the tag titles between The Usos, Kidd & Cesaro, and The Ascension (or The New Day).
Alternate:
If the WrestleMania card is too full for a tag match, they can always go the pre-show route (which would not be as fun) and have a fatal 4 way tag match with The Usos, Kidd & Cesaro, The Ascension, and The New Day.

As two tag teams splinter, Kalisto can be called up to join Sin Cara to have the Lucha Dragons join the division. This one is an easy sell, considering they don’t need to talk and the division is quite shallow. This could be done directly after WrestleMania.

The Dudley Boyz were left out as of now due to Devon’s absence.

Los Matadors unfortunately stick with their gimmick and tread water (although post-WrestleMania, it would be easier to have them go back to their Colon roots with the Lucha Dragons on the main roster).

The New Day will also stick with their gimmick for now and tread water, unless they would take the spot of The Ascension in the ladder match or one of the alternates happens.

The WrestleMania matches would be as follows: