Home Articles Strowman Could Surpass Reigns As The Face Of Raw. Hi everyone! Short break from the Rumble series to bring you something else. I know I’ve sung the praises for Strowman for the past year or so, but it seems ever more clear that management has turned a corner with the Monster Among Men and so-called “Golden Boy” Roman Reigns.

Despite The Big Dog’s failures to claim the Universal title (it’s been around a year and a half!), he had a decent 2017 with victories over The Undertaker and John Cena. However, his attempt to reach the top included a pin-fall loss in a fatal four way against Lesnar, Strowman and Samoa Joe. It seemed .. at least to some fans, that he was set to go to this years Wrestlemania and beat Brock for the title. But then he reunited with The Shield, which likely (if Ambrose wasn’t injured) would’ve put a stop to that if WWE planned on putting them in a tag team action at ‘mania. And to go one further, he won the Intercontinental title .. which distances him from PPV main events.

Doubts over the plan for Reigns to win at Wrestlemania came when WWE turned Strowman face; and it made a huge difference to the product. Honestly, I can’t remember anyone being this badass and cool since Stone Cold Steve Austin. He enters an arena, beats up whoever he wants, tells management where to stick it .. and the crowd loves every minute. He’s a natural, and while I always believed he would do well, I didn’t know he was capable of this. He’s the kind of guy you could put in a time machine, and if ya told him to get over in the 80’s or 90’s .. he’d probably pull it off. I think we’re at the beginning of something special, but only if WWE is smart enough to use him the right way.

It’s not just about his in-ring character, we should consider who he is when he’s not portraying the Monster Among Men. I assume he’s very well-liked backstage. I think he’s charismatic, and a quick study. He improved an incredible amount in a year, and the scary thing is he’s got room for more. I’d like to show you an example, so I included the following video from Christmas. Oh! And don’t say it “kills kayfabe”, as it’s been dead for ages. Enjoy the lighter side of Braun Strowman!

We saw what happened when Strowman went up against Reigns .. he became a fan favourite because they loved watching him destroy Reigns every week. The disdain that they have for The Big Dog, coincidentally made a star out of Strowman. So while Reigns isn’t in the main title picture at the moment, he is capable of getting guys over .. due mainly to his critically mixed reception.

It wasn’t just about Reigns though .. Braun’s match against Lesnar was also very important. I don’t understand why some claimed the match sucked? I thought it was great! Of course, I wanted Strowman to win, and not lose so easily (should never take just one F-5 to put him down) .. but I understood that Lesnar’s been defending titles for years, while Strowman hasn’t won anything yet. It was logical that Strowman had the power, but not the experience to put him away.

The negativity (Not claiming there was mass hysteria .. just a collective groan) surrounding Strowman’s loss may have found its way to higher-ups. Vince sees money in Strowman, which is why they wanted him to collide with Brock again .. but they couldn’t do a straight rematch. They had to inject Kane so Strowman had someone to work with when Lesnar’s not there, otherwise there’s no other reason Kane’s involved. If Lesnar is going to lose the title, Kane will take the fall so his reputation isn’t hurt. It would set up Lesnar vs. Strowman II nicely for Wrestlemania; with Heyman claiming the Monster Among Men can’t match The Beast one-on-one.

Strowman getting “fired” on Raw, only to get rehired later after almost destroying Raw itself .. was reminiscent of Stone Cold in the Attitude Era. “Someone call the cops!” is a line often associated with The Rattlesnake running riot on everything that moves. It’s about time WWE found someone who can create a sense of impending doom the second their music hits. When he finishes a match .. he’s rarely satisfied. He wants competition, and when fans want more Powerslams, he gives them what they want. I’ve got a feeling he will walk out of the Rumble with the title. But if he doesn’t .. then it MUST happen at Wrestlemania. I hate it when WWE doesn’t capitalize, but in this instance it seems like they’re doing everything to make his title victory a milestone. They want to help themselves, and he’s the kind of guy who could be the face of Raw.

It feels like .. no matter what Reigns does, even if he sticks with The Shield for another year or two, he’s always going to have the mixed reception (like Cena). And I don’t think he’ll ever be able to shake it off. Strowman could force WWE to change their minds, because he’s putting in the work, and he’s enjoying every second of his meteoric rise. I’m looking forward to seeing where it goes, and who emerges as the face of Raw in 2018. Check out this video with more dislikes than likes .. but only if you can handle it.

What do you think? Is Reigns in the dog house? Is he forever relegated? Or are they just keeping him out of the way? Will he bounce back and have his time at the expense of Strowman? Or has his career not gone the way WWE wanted? Have they finally realized they’re never going to get him over like they need? Would they side with Strowman instead? And could there be a change of philosophy? Perhaps WWE decides they don’t just want one “golden boy”; but a handful?

They could look to make something like the Attitude Era, where we had several names who fans could believe as champion. It would go a long way in restoring a main event scene which has been plagued by golden boy syndrome since Super Cena arrived in 2005. The only break we got from then, til now, was probably any time Daniel Bryan or AJ Styles held the WWE title. The fans want to be surprised, I want to see fresh talent succeed, and I believe Raw would be far more interesting if Strowman stood tall with the title, telling the entire universe that he will never be finished with it. Please let me know what you think in the comments, and see you again soon for the next edition of the Royal Rumble series. Bye! 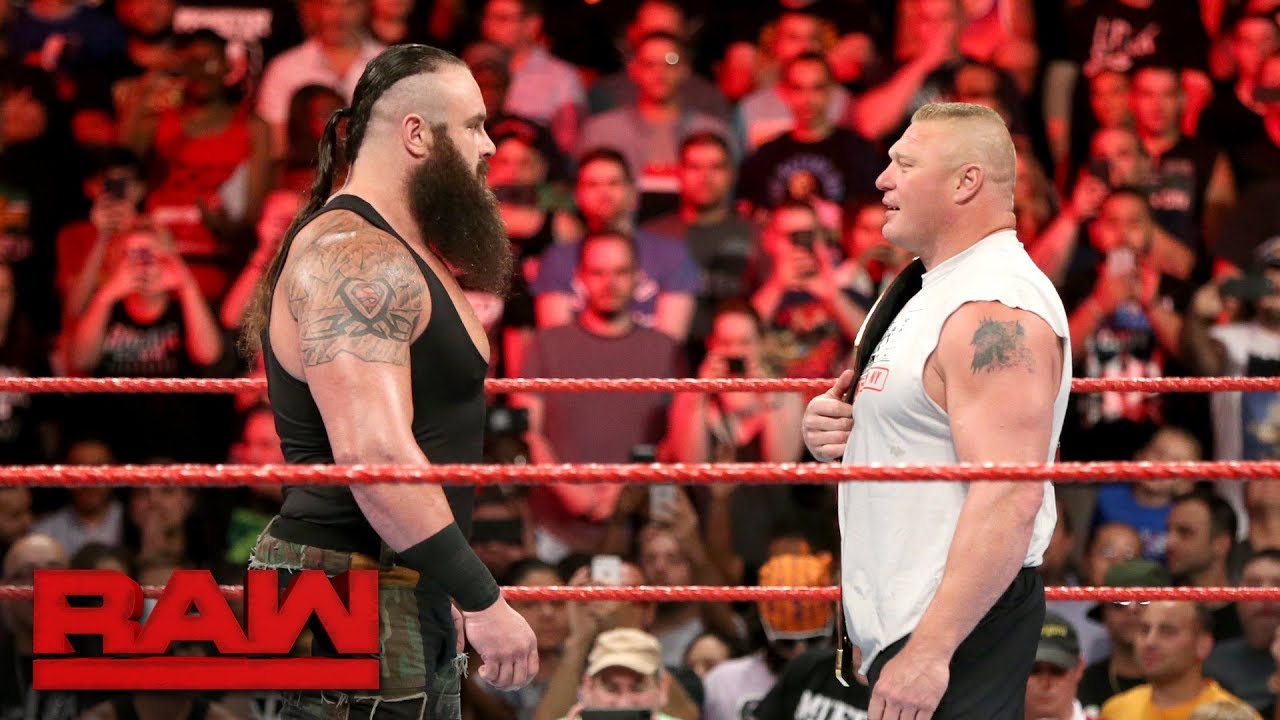