I didn’t lie on the last Best Of British, I changed my mind and split the last volume into two halves. Today I want to bring you an article dedicated to the careers of the two biggest behemoths in British wrestling, and their feud which sparked so much excitement it drew millions of TV viewers, including the Queen herself. What I’m going to do is walk you through each of their careers, and end with their feud. Missed the previous Best Of British? Don’t worry, I posted links.

Martin Ruane was English with Irish parents. He moved from London to Greater Manchester with his family when he was three years old. Before working as a wrestler he had jobs as a labourer and nightclub bouncer. He started wrestling in 1967 under the name Luke McMasters. In the early 70’s he worked in Wrestling Enterprises under the name Haystacks Calhoun. Shortly after his name was changed again to Giant Haystacks. 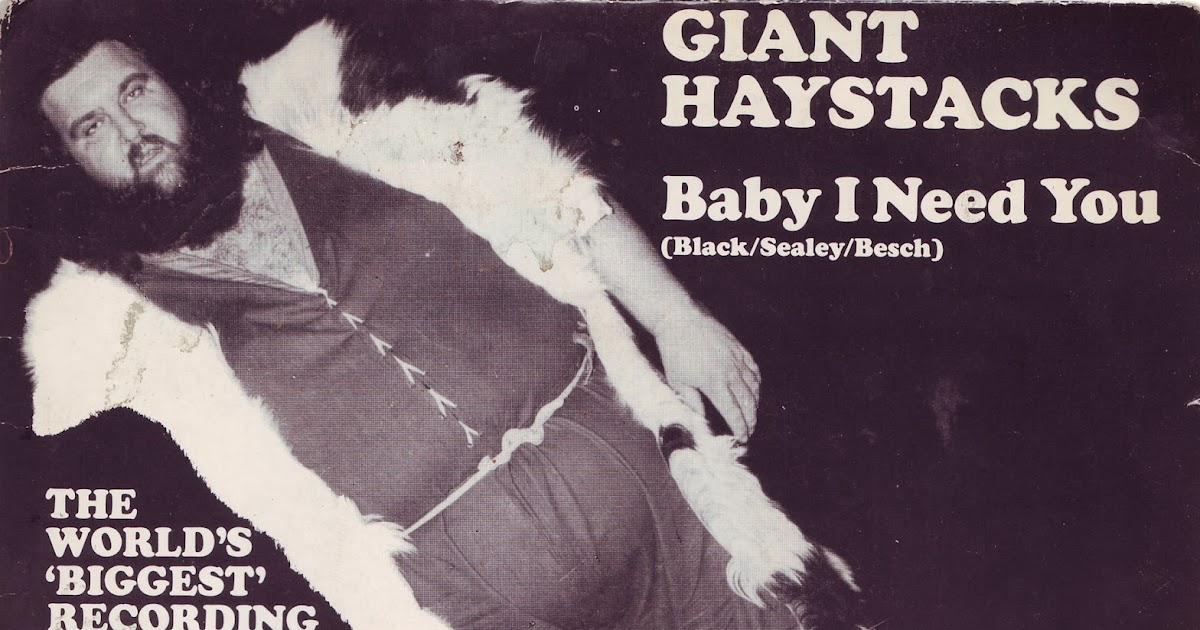 From the mid-70s to early 90’s, Haystacks worked in Joint Promotions and on ITV’s World Of Sport program. More on this later. He also had international appearances in Stampede Wrestling as the Lochness Monster, and for CWA in Germany and Austria. In 1996, he debuted in WCW as Loch Ness, where he was a member of the Dungeon Of Doom stable. He had a short-lived feud with Hulk Hogan before returning to England after being diagnosed with cancer. In 1998, he passed away in Prestwich, Greater Manchester at the age of 52.

Haystacks’ career was celebrated and wrote into the history books. His legacy remains, as one the most dominant heel monsters in British wrestling history. His billed height was a staggering 6 ft 11 in, and at his heaviest was 48 stone (685 Ib), making him one of the biggest super heavyweights to garner mainstream exposure. He was not an agile man, but he worked in a time he didn’t need to impress anyone with athleticism. Fans had a different perspective, they saw wrestling like they would any contact sport. Many fans were of the older generation, and Giant Haystacks was seriously hated by all. Big Daddy was the knight in shining armour, he was the man to stop the dominance of Haystacks. 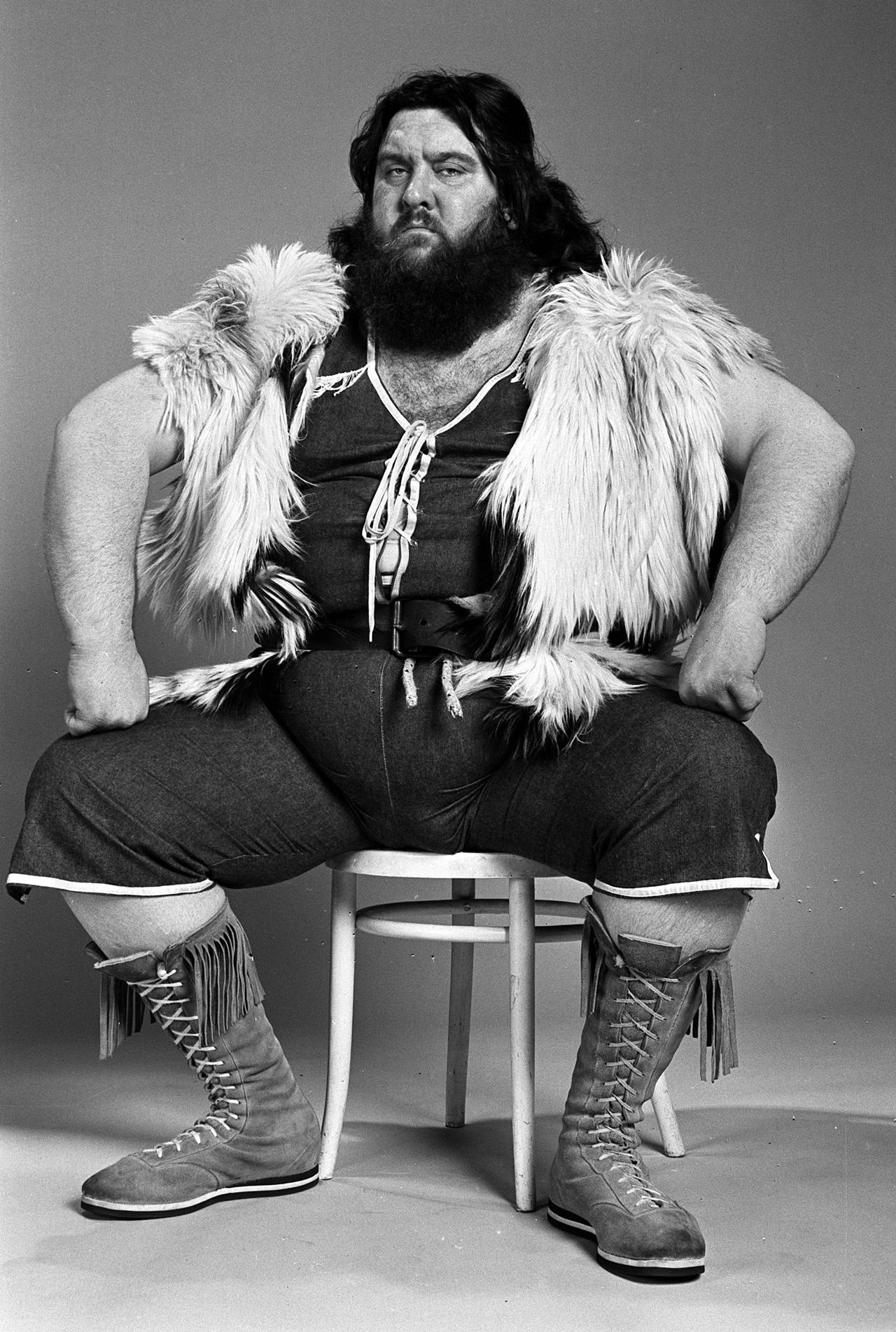 Shirley Crabtree was born in Halifax, West Yorkshire. In 1952, he decided to follow in his fathers footsteps and become one of the first second-generation wrestlers in the business. He wrestled for several years unnoticed, til he turned face and changed his name to “Blond Adonis Shirley Crabtree” in the late 50’s. During his time in Joint promotions, he won the European Heavyweight title two times, and a disputed British title in the British Wrestling Federation. He retired from wrestling for six years following a real-life campaign of harassment by fellow wrestler Bert Assirati.

He made a comeback in 1972 in Joint Promotions as a heel. His gimmick changed and was based on a Battling Guardsman; and during this time made his first appearances on World Of Sport. After Shirley’s brother Max became booker in the northern area of Joint Promotions, Max Crabtree worked on changing Shirley’s gimmick to Big Daddy, based on a character of the same name in the 1958 play Cat on a Hot Tin Roof. Big Daddy first appeared in 1974 as a heel, wearing leotards emblazoned with a large “D” . The story was the leotards were fashioned by his wife Eunice from their chintz sofa

In 1975, while working in a tag team with Giant Haystacks, Big Daddy (while working heel) entered into a feud with fellow heel wrestler Kendo Nagasaki. The fans started showing their support for the first time since his comeback, as he battled the masked man. The crowd popped during a televised contest when he unmasked Nagasaki before losing the match in December 1975. By 1977, his face turn was complete, and he became the most popular fan favourtie after the breakdown of his tag team and feud with Haystacks.

Big Daddy was a huge fan favourite, even more so with the children. He came down to the ring with a Union Flag hat, and either a cape or jacket. In the 70’s he also feuded with ‘Mighty’ John Quinn, and in the 80’s feuded with Fit Finlay and Drew McDonald. In 1987, Big Daddy worked in a tag team match, which he won by delivering the Daddy Splash on King Kong Kirk. Instead of selling the move, Kirk was rushed to hospital after turning an unhealthy colour, and passed away on arrival. Doctors deemed Kirk had a serious heart condition which caused his death, so while Big Daddy wasn’t to blame for the tragic incident, he was left devastated by the death of his opponent.

He made sporadic appearances in the 90’s, but eventually retired to live the rest of his days in his hometown of Halifax. During his career, prime minister Margaret Thatcher, and Queen Elizabeth II were quoted as saying they were fans of Big Daddy. His 64-inch chest earned him a place in the Guinness Book Of Records. In December of 1997, he passed away in hospital after suffering a stroke.

His legacy remains, as a man who worked for decades before reaching mainstream fame in the latter years of his career. In his early days, he was slimmer and more athletic than the Big Daddy character he later portrayed. While he wasn’t as big as his arch rival Giant Haystacks, he was billed at a height of 6 ft 6 in, and weight of 26 stone 9 Ib (375 Ib), giving him a sizeable advantage over other wrestlers. He was nothing more than a likeable patriotic big man, and a father figure to a generation of children. He wasn’t overly athletic as Big Daddy, but like Haystacks he didn’t need to. The fans were hooked on his every move, and he didn’t need to do much to get the crowd rocking. It’s hard to describe how big this was. The feud was part of the culture in the 70’s and 80’s as television only had three channels, so every Saturday afternoon fans would tune into ITV to watch the wrestling on World Of Sport. It was the first time celebrities took interest, as they were quoted as saying they enjoyed “watching the wrestling”. At the height of their feud, they were drawing 16 million viewers on a weekly basis. As a tag team, Daddy and Haystacks were one of the biggest the world had ever seen. With Daddy turning face after his feud with Kendo Nagasaki, the fans were given a heated feud between the biggest monsters Joint Promotions had to offer.