(2002) (2003) — Champions leading in to 2004 included 3LiveKru as Tag Champions, Michael Shane as X-division Champion, and Jeff Jarrett as World Champion. On January 7th Chris Sabin regained the X-division title by defeating Michael Shane, Christopher Daniels and Low-Ki and in Ultimate X. At this point, Abyss had been wrestling as ‘The Monster’ for over six months, spending early 2004 feuding with AJ Styles. The Red Shirt Security defeated 3LiveKru to become champions, but only a week later, Abyss was made to team with AJ Styles and they won the tag titles despite friction.

Vince Russo returned to the company in February as the Hulk Hogan deal fell through. He was hired back as the “Director Of Authority”, an on-air authority figure. Jarrett and Mantel continued to run booking and creative. In his time away, Russo had found christianity, so it was decided he would be a babyface who had changed his ways.

Due to Ring Of Honor and TNA having an open talent exchange, the controversy surrounding Rob Feinstein effected several wrestlers. In an internet-based sting operation, he allegedly contacted a young boy on a chatroom to meet. The person Feinstein talked too was not a minor, but an adult posing as one. Upon reaching the house he was met by the media with cameras and ran back to his car. For years the incident was surrounded in mystery as nothing ever came of it, aside from the termination of the open talent exchange, and the changing of the guard in ROH.

In my research I found an article dated a couple of years ago with Rob Feinstein’s side of the story. It’s long but can be found in the following link >>> Rob Feinstein gives his side of the story on the Perverted Justice bust from 10 years ago >>> There’s no Youtube videos of the incident I can find, but there is a brief clip to be found in Botchamania 69. Feinstein’s statement is a reasonable argument, he was never taken in by the police and his claim of being “set up” is rather detailed. Still, regardless of intention or not, the incident forced some talent to choose between TNA and ROH.

In February, CM Punk had a real-life backstage scuffle with Teddy Hart (broken up by Sabu) after a few unplanned spots which he deemed careless. Punk and tag team partner Julio Dinero split from Raven and were set for a run as heels, but shortly after they were pulled from shows. Punk has gone on record to say that he and Dinero were not pulled due to the scuffle, but rather the company thinking they hadn’t gotten over enough as heels and needed time to figure out what to do next.

Because of the controversy surrounding ROH (and contracts not being signed), TNA cut ties and stated their contracted wrestlers could no longer work there. Punk didn’t like this as he was pulled from shows and needed to work, so he quit and went back to ROH where the “Summer Of Punk” began with a series of matches against undefeated ROH World Champion Samoa Joe. AJ Styles was the first ROH Pure Champion, but was made to vacate it so he could return to TNA full-time.Christopher Daniels pledged his allegiance to TNA despite being lined up to win a ROH title.

In early March, Russo stripped AJ Styles and Abyss of the tag team titles as they were fighting over who would hold the belts instead of defending them against tag teams. In late March, Kid Kash and Dallas (Lance Hoyt) won a tournament to be crowned tag team champions. On the same day, Chris Sabin was forced to vacate his X-Division title due to injury, which lead to Kazarian claiming it by beating Amazing Red. In April, D’Lo Brown and El Gran Apolo won the tag team titles before losing them back to Kash & Dallas.

In May 2004, the company introduced the weekly television program TNA iMPACT! on Fox Sports. With the switch to cable television, changes included 1) Introduction of the six-sided ring, 2) Universal Studios in Orlando, Florida becoming the ‘Impact Zone’, and 3) Weekly PPVs ceasing in September, replaced by monthly three-hour PPVs like other wrestling promotions had done before.

On May 19th, Ron Killings won the NWA World Heavyweight Championship for the second time by defeating AJ Styles, Raven and Chris Harris. However, he only held it for two weeks before losing it in the first King Of The Mountain match. Jeff Jarrett defeated Ron Killings, A.J. Styles, Raven and Chris Harris to become three-time champion, thus beginning one of the longest world title reigns in TNA history. A few weeks later, Ron Killings defeated Jarrett again, but controversy with the finish led to Russo holding it up before handing it back to Jarrett. By this point Jarrett was easily the most dominant World Champion, but fans knew of his creative control so they were vocal in their criticism as they believed younger guys like AJ Styles deserved it more. 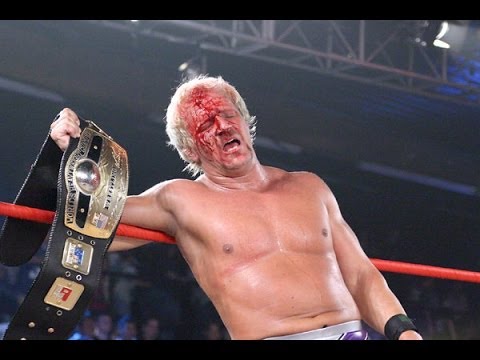 On June 4th, America’s Most Wanted became the first four-time tag team champions, and first champions to be crowned on an episode of iMPACT! after defeating Kid Kash & Dallas. Five days later, AJ Styles returned to the X-Division full-time by beating Kazarian to become the first three-time X-Division champion.

After taking a year out to focus on motocross and finishing his motocross track, Jeff Hardy returned to wrestling by debuting in TNA with his own entrance music ‘Modest’, going by the nickname ‘The Charismatic Enigma’. His first match was against AJ Styles for the X-Division championship.

In July, a new exciting team burst on to the scene as Chase Stevens and Andy Douglas (The Naturals) defeated AMW to claim the titles for the first time. Later in the month, controversy as both Kazarian and Michael Shane won an Ultimate X match (both pulled the belt down at the same time). They were declared co-champions for two weeks til Petey Williams won a 22-man Gauntlet For The Gold match to stamp his name in the history books. He held the title for the rest of the year, holding off challengers like AJ Styles, Chris Sabin and others. September took a strange turn as teams such as Chris Harris/Elix Skipper, and James Storm/Christopher Daniels won the titles with one another despite their two-year rivalry. October was another step forward for Team Canada as the team of Robert (Bobby) Roode and Eric Young won their first tag titles. This meant Team Canada held the tag titles and the X-division titles for a while. Glorious?

Victory Road was the promotions first monthly PPV after ceasing weekly PPV events. Throughout the show, fans got to vote on who would be the Director Of Operations: Vince Russo or Dusty Rhodes. After Dusty was elected the new D.O.A, Russo left the company again. While Dusty played the on-air authority figure, he also took over backstage duties as the new head writer and booker. The show was met with mixed reception, yet re-introduced several big names to wrestling fans. Scott Hall and Kevin Nash made appearances in the buildup to Victory Road. Some highlights from the PPV:

Turning Point was better received by critics, largely because of two excellent matches and hype for Randy Savage. Again here are the highlights below: 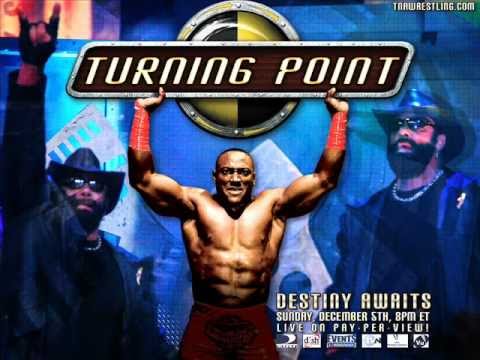 Thanks for reading everyone! Just a small one before I post two matches at the bottom. 2004 is arguably TNA’s most important year in its history as it established the X-Division with AJ Styles, Chris Sabin, and Petey Williams. It showed tag teams could main event a PPV in a cage match and deliver as one. Hall, Nash, Savage, DDP, Jeff Hardy, Roddy Piper and many others walked through the doors, giving TNA fans some 80’s/90’s nostalgia while also giving the idea anyone could turn up.

The Rob Feinstein controversy inadvertently started the Summer Of Punk. Russo was no longer in creative control, although he did make a decent D.O.A. TNA went from airing weekly internet PPV to having TNA iMPACT! on cable television each week as well as the introduction of monthly PPV. But not only that, there were many amazing matches I can’t find space for. Some regard 2004-2006 as the greatest years in the history of the company, so if you’re looking to find out “when TNA was good”, I suggest you look back at some TNA during ’04. Not everything was awesome, there were still some bad matches and questionable storylines, but with an exciting X-Division and tag team division .. it was definitely worth the watch. You could handle Jarrett being champion while the mid-card was so delicious.