Home Articles The Tragic Story Of The Legendary Hayabusa (p.t. 1 & 2) This is based off a biography which I’d like to share with you below. If you have the time I strongly urge you to read it. Information and photos from the bio have been used here with the author’s permission. There is no better source for Eiji Ezaki’s life & career. These articles have been edited and republished together to provide highlights and matches as a tribute to the legend. The author of the bio is happy for the work to be shared. I do not own the information, photos or videos. 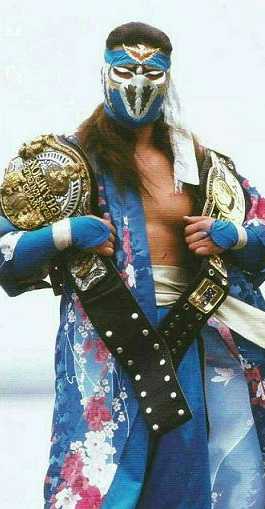 Eiji Ezaki began his career back in 1987 as a wrestler struggling to make money in the small Japanese independent circuit. Having been trained by former AJPW star Tarzan Goto, he was lucky to be taken in by the Frontier Martial Art’s Wrestling dojo in 1991.

Starting out as what many call a “jobber” today, Ezaki was on the losing end of all his matches. Sporting red trunks, he faced off against fellow jobber Masashi Honda in this short, yet entertaining old school matchup. You can see glimpses of his athleticism and high-flying acumen before picking up his first victory in FMW.

The feud continued, and Ezaki picked up wins over his rival before Honda changed his name to Mr. Gannosuke. He continued working as a low-carder, and his biggest matches were on anniversary shows. Long before Chris Jericho became well-known in America, he worked tag team matches with other random gaijins against Ezaki & Gannosuke (and sometimes Nakagawa). In the match below, you can see highlights of Jericho and Ezaki working each other over with a brisk pace.

Ezaki won his last match in FMW (during this tenure) against Masato Tanaka. Atsushi Onita (the founder of FMW and innovator of the “deathmatch”) felt Ezaki was lacking something, so he sent him off to Mexico to learn the Lucha Libre style. This was the best decision for his career, but he turned up in Mexico struggling to find work in a land which seemed very alien.

He adopted the name of Hayabusa (after a ride in a theme park) before making a design for his mask. The mask maker was reluctant to craft it as the design showed off too much of his face .. but after some persuasion he found time to make it. The mask was different as it only covered the bottom half of the face, leaving the top half exposed. Below is Hayabusa checking out the mask shop, as well as the first ever picture of him wearing the mask he had made. These photos belong to the author of the biography. 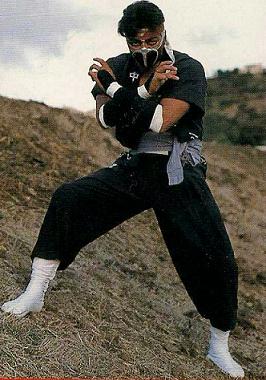 Struggling to find work, WWA had him train with children in Rey Misterio Sr’s dojo. Ezaki struggled because all of his previous experience was detrimental to the lucha style. As a sign of things to come, a young 18-year-old Rey Mysterio Jr noticed Ezaki and asked for a practice session with him. After Ezaki impressed Rey, he was told “Good Job Amigo!”. It was the start of a strong relationship between two of the greatest high-flyers of all time.

Another Japanese wrestler called Akihito Ichiwara returned to training, and this helped Ezaki as not many could understand what he was saying. After completing his training, he finally got his first match booked on a show in Tijuana in late ’93. Working the second match under the new name, the Mexican fans loathed him immediately. They berated him with chants of “Chino” (Chinese in Spanish) while throwing empty cups at him. That night, he only made enough money to buy some food and drink; but it did not dissuade him. He felt blessed as he was working on the same cards as his hero Mil Mascaras and brother Dos Caras 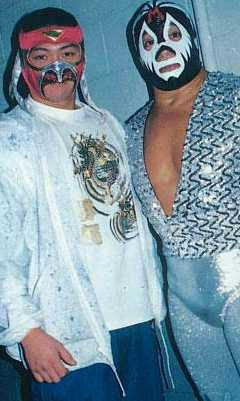 He had more costumes made, and altered his mask to cover up more. Due to visa issues, Ezaki turned to Ultimo Dragon for help. Ultimo helped him get to Mexico City, have his visa sorted out, and shortly thereafter he was working for AAA. The promoter promised he’d go from making 2-3 dollars a match to 800. Despite this promise, he worked the match and was not compensated after repeated trips to their offices. After sitting on the sidelines a while. he asked Konnan why he wasn’t getting booked. He explained the reason was because they didn’t want too many Japanese wrestlers on the cards while AAA and New Japan had a working relationship. 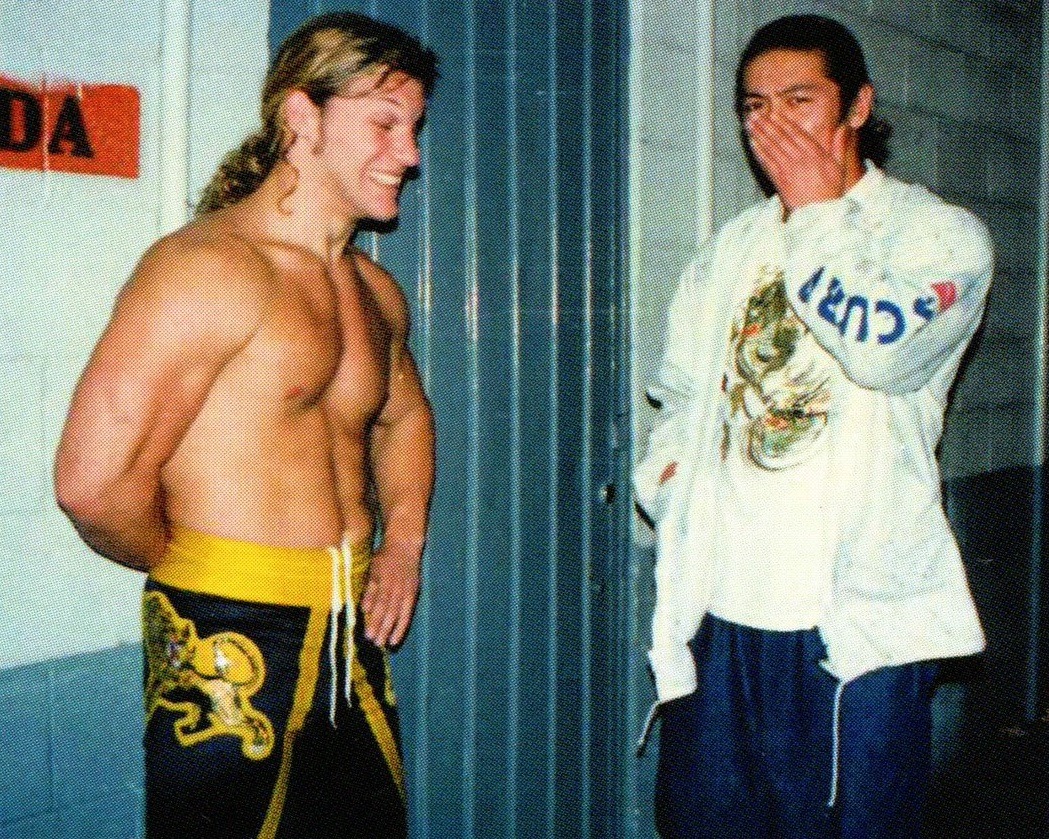 And then finally .. a break! Onita got in contact saying he wanted him to be part of New Japan’s special “Super J-Cup” tournament. He wasn’t bothered who Ezaki turned up as, so long as he was there. Ezaki decided to debut Hayabusa, so no one would know it was him if anything went wrong. When he found out he would be facing Jushin “Thunder” Liger in the first round .. he freaked out with excitement. He returned to Japan and was so anxious he didn’t sleep well the night before, almost missing the bus to the event the following morning.

He met up with old rival Mr. Gannosuke and shared his feelings. Ezaki shared his ambition to hit his first Shooting Star Press in the match with Liger. On April 16th ’94 at the Tokyo Ryogoku Sumo Hall, Ezaki debuted Hayabusa in Japan against the popular Jushin Liger. The match changed his life as he was seen as a bigger deal than before. After being told to return to Mexico immediately after, Jushin Liger followed and brought with him a VHS tape of the event so they could sit and watch their match together.

Reviewing the match, Larry Csonka of 411mania said: “A really good first impression for Hayabusa, but it was clear that he was still pretty green. He was still working on what moves he should keep using, and moves that he should ditch. Thankfully, he got rid of the Shooting Star Press as this match wasn’t the only time he had miscalculated the move.”

After this classic the offers started pouring in. IWA Japan offered him a big contract to jump ship from FMW, but he declined. In 1995 while wrestling in the United States, the WWF offered him a contract, but again he declined out of loyalty to FMW. But his super stardom was yet to appear, and there were hurdles for him to overcome before he could be considered a main event superstar for FMW.

Hayabusa looked to return to FMW with a renewed importance to the company which gave him his first opportunity. So after working for months in Mexico for CMLL, Ezaki finally returned home. Going up against the man who inspired some of the design for his character, Ezaki found himself working Sabu in what would be his first victory as Hayabusa in Japan. Below are the highlights of the fast paced action. Sabu was injured during it but kept going .. like he does. Not sure why Ezaki seemed pissed afterwards, but Sabu was quick to no-sell his finisher to shake his hand out of respect.

Later in the night .. despite helping the man who found him work in Mexico (Atsushi Onita), the Ace Of FMW decided to spit water all over the fans and Hayabusa. This was likely to turn Onita heel and garner sympathy for Ezaki.