Hi everyone. Today, I would like to talk about current developments in the wrestling business and how they could evolve. Also, I’m going to consider possible scenarios for cross-promotion and whether WWE can continue to lead the way in the coming years. Talent is an often talked about subject these days, with WWE being more considerate to independent stars, while the rest of the industry develops new ones to replace those looking for broader horizons.

Usually I’d have a plan, but I’m improvising this time so forgive me for any flaws. I’m going to cover subjects on WWE, NXT, TNA, ROH, NJPW, and the importance of Indy promotions. Perhaps by the end of this I’ll be able to draw up a conclusion on my thoughts and dreams.


I’m coming right out and saying it hurt Raw, but it did the job of highlighting Smackdown as a show to watch. For years Smackdown was irrelevant, hell .. I used to call it the “Raw Recap show”. However, the biggest problem last year was the volume of PPVs, all of which could’ve been better had they not been restricted to one roster. They could’ve had a Raw/NXT event, or a Smackdown/NXT event, giving NXT talents a chance to showcase their abilities on a main PPV.

WWE feels strongly in keeping NXT separate from the main shows; a shame as its become a third brand in its own right. The biggest flaw I see is that they are unwilling to make real competition between three brands, despite it being possible and creating multiple possibilities.

How about NXT invaders? Nakamura, Joe, Aries, Roode, and Sanity all join forces to attack a Smackdown show and declare they are the better brand? There’s so much potential, and it would add spice to exclusive PPVs. When you have limited rosters you end up with the same matches over and over, so they should be turn to NXT .. but not all the time. Blurring the lines of the brand extension, instead of restricting it considerably will make it better for everyone. Including NXT as an equal will also go far in enticing younger talent in getting their foot in the door and signing a contract. 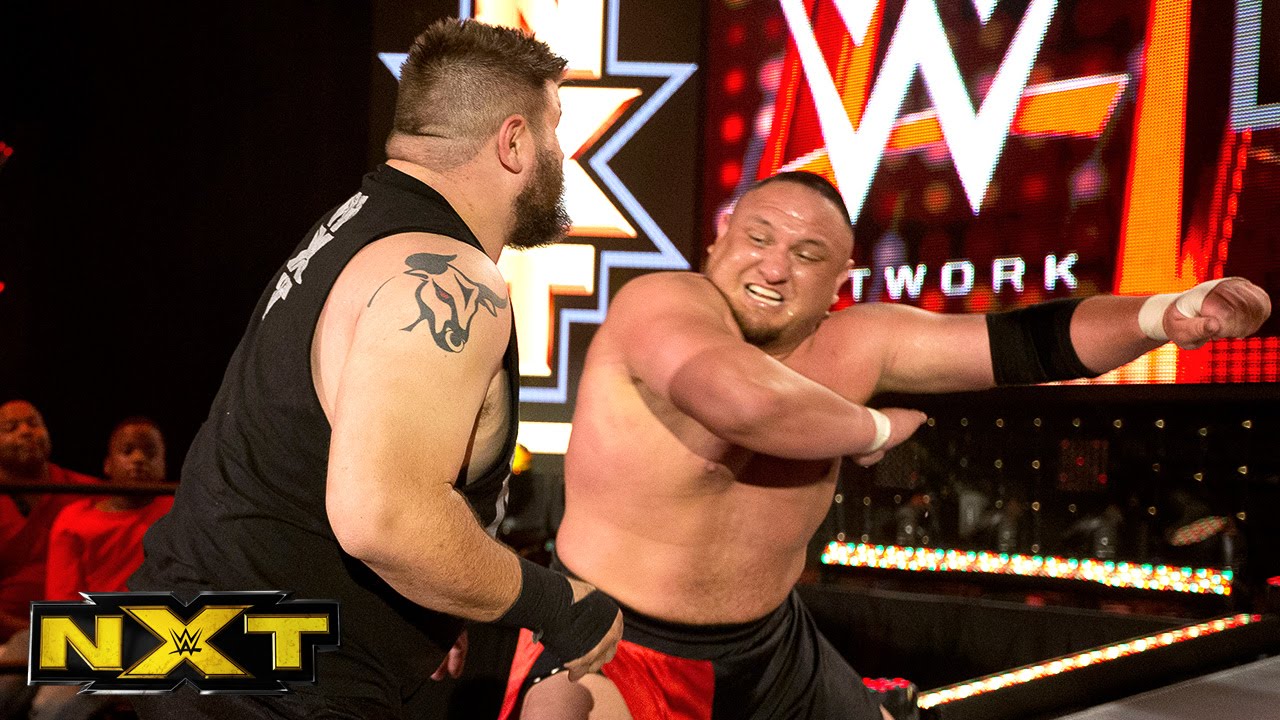 What Anthem Needs To Do With Impact Wrestling.

Make it far more accessible for cross-promotion. There’s so much star power elsewhere that TNA has to rely on the “Broken Brilliance” of Matt Hardy. The main event scene, while it’s there .. takes a back seat to the wacky antics of The Hardys. Wouldn’t it be wonderful (!) if Jay Lethal showed up? Or Kazuchika Okada? TNA must go back to what it used to be, a platform where anyone can walk through the door and fight for championships.

The spirit of competition needs to come back under the Anthem banner otherwise it will continue to struggle. They also need to improve match quality, as it’s been lacking .. even more so in the X-Division; which is not cool or appreciated any more. As much as I like DJ Z, he’s not innovating or taking it to the next level. They also need to remember UK fans, because the fans on this side of the pond appreciate TNA and are very welcoming. This could be the right time to do it considering WWE are focusing on it with the UK tournament, and the return of World of Sport on the cards.

Impact Wrestling is lacking in several areas, and hopefully with the money and direction of Anthem they are able to turn things around and give any wrestler the chance to work with the freedom to express. They must fix their relationship with ROH, and reach out to New Japan as they certainly lead the way and seem far more accepting of outside talent. They have to stop seeing ROH and New Japan as enemies.

How Can I See Ring Of Honor?

I’m an English fan so watching ROH can sometimes be tricky. I used to get a torrent, but when those stopped happening I was like .. well, bummer. Guess I won’t watch ROH this week. It’s not like I don’t already watch so many hours of wrestling anyway. And not that I don’t appreciate ROH, they have plenty of great talent and do really well in developing them, but it never deviates from what it is. It seems to lack imagination and appeal to the eye. Also, they don’t sell .. which is annoying. Wrestling should never look like a video game, you need time to tell the story, don’t rush it otherwise it’s just move-after-move and nothing seems to matter any more.

Sorry .. was I too critical? Also, something they sorely lack are big guys (in the main event) and women. How can ROH be about wrestling yet not have a ROH Women’s Championship? WWE’s had one for ages (they have three now), TNA has the Knockouts title, why does ROH discriminate against women’s wrestling? Get it sorted already as it’s in demand. Also they really need better entrances, it’s something they have not done right since the CM Punk days. Bring … back … epic … but cheap … ROH entrances. The Importance Of Independent Promotions.

For years WWE didn’t bother, they just hired guys to their development territory and let them work for years before being promoted or released. They didn’t want to give anyone advertisement, but they turned a corner due to NXT changing the game. Now we have a cruiserweight show, and a UK title being decided, it feels like WWE isn’t going to stop bringing new divisions and titles to its stacked deck of cards. It’s growing all the time. These smaller promotions need to consider the increased demand for talent and scout, as the business seems intent on developing more avenues for opportunity.

Survival is pivotal. Several promotions sprung up over the past twenty years and remain to this day. Smaller promotions not only have to realize the demand, they need to be consistent in their product so they can grow. At the moment I would consider the “big four” (although many will see WWE as the juggernaut) to be WWE, TNA, ROH and NJPW. There’s potential for smaller promotions to do an ECW on it and join them, but we know it’s an uphill battle and the best they can hope for is survival. Wrestling fans should support their local promotions if they can, because they are often the first step in a legendary career.

What Can New Japan Pro Wrestling Do In America?

I guess the real question is what can’t they do? New Japan touring America has been a long time coming, and I hope they take it to the UK and Europe as well. Many wrestling fans around the world appreciate the talent of guys like Kazuchika Okada, Tanahashi, Naito, Shibata, Ishii, and so many others they have over there. The cool thing about wrestling is the language barrier is minimal, you can do your talking in the ring or with the expressions on your face.

Having ROH to back them up is another feather in their cap, they can teach them the way of presenting to an American audience. While they’re at it, they can make some connections with other promotions as well, that is .. unless they don’t want to upset WWE. As of which, I think WWE should be worried if New Japan tries to establish a stronghold in the American market as wrestling fans really want alternatives and it’s appealing with the addition of ROH talent.