The Bar (C) vs. The Usos vs. The New Day – Smackdown Tag Team Championship

There really is no story to this match other than the fact that both The New Day and The Usos have beaten The Bar since Survivor Series, so now the easiest way to incorporate the three tag teams is to just place them all in a match. But compared to the tag team division on RAW, this is basically Hall of Fame type stuff. Seeing as how this match was built off the fact that the two challengers to the tag titles defeated The Bar prior to this match, it only makes sense to believe that The Bar will retain.

Considering the length of the card, it’s highly likely that this match will have time taken away, which is unfortunate considering that these two are the top of the class of the CW division, especially for 2018. Buddy will retain because he just won it, but I hope that they have another one of those fantastic sprints where they just keep going until one gives.

Well, there’s no way that Finn should be winning this match, and this match should have the most predictable outcome of the night. Drew inexplicably lost his first match since returning to WWE last week when Ziggler superkicked him off a distraction from Balor. Basically, the story is that Drew is big and strong and Finn is short and dorky. Who do you think will win? 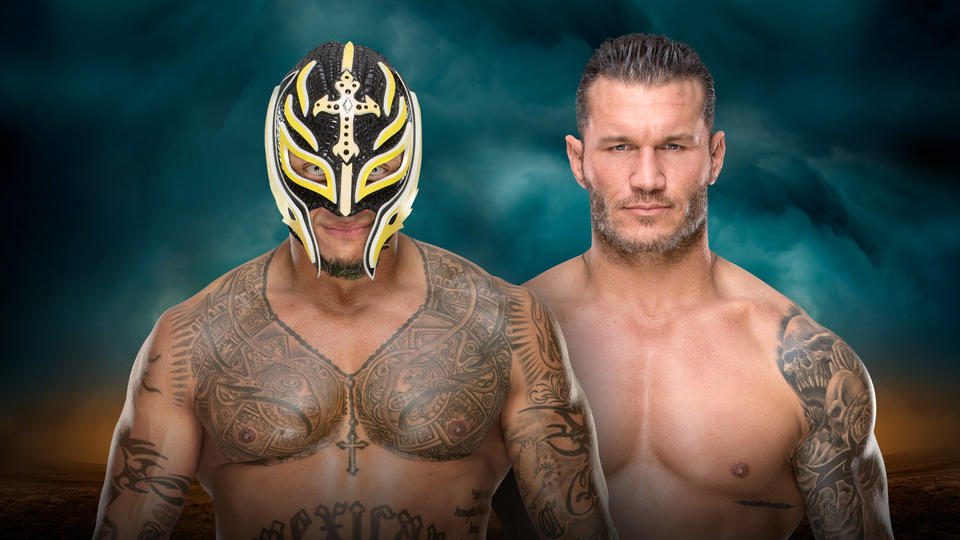 This is yet another match that is just added for the sake of keeping in line with the stipulations of the night. We already had Rey Mysterio vs. Randy Orton. We already saw Rey Mysterio hit Randy with some chairs. I fail to see the appeal of this match, but I suppose at the very least the two are occupied with something at the moment. Not setting my expectations high here, but I will expect Randy to win with the RKO because of course I do.

Well, this isn’t a ladder match, because nothing’s on the line. This is a ladder match that allow you to use a guitar if you reach the top, which is pretty stupid when you think about it. A ladder match implies that a contract or a title will be held above the ring. But no, you need to use weapons in order to get another weapon. This feud has been incredibly awful, and when Lio Rush defeats Elias in any capacity, it’s a testament to how incredibly disgraceful RAW has been as of late. I don’t care about this match, but I can only suspect that Elias will win the match. Bobby Lashley has nothing to gain by winning this match. I mean, he will win, right?

Exploiting the real life death of the father of a professional wrestler can only take you so far. I want to care about Natalya so much because she’s a good worker. Unfortunately, I can’t care about a professional who comes out week after week and does nothing by cry, complain or say nothing of interest. Ruby has the personality of a tree stump. No one gains anything from this match, and unfortunately, whether it be Natalya or Ruby, the winner of this match doesn’t get anything. I’d think Ruby would win because she has the numbers advantage. As a matter of fact, if they were smart, they’d just have the entire Riot Squad come out at once, jump her, and put her through the table. The only thing I don’t want this match to be is an elongated match with painfully obvious planned spots. I’ve never been a tables match sort of guy, so you can probably tell which match will take me to the bathroom.

Now, if you want a match that I will be looking forward to, look no further. Charlotte and Becky tore it down in their Last Woman Standing Match at Evolution, and I know they can go out there and do the same kind of torture to each other. Then you add in Asuka, who had a terrific match against Charlotte at WrestleMania and has some unresolved business with her, and you have the three top women of their division fighting in the first-ever women’s TLC match.

I would think that there is a hint of laziness on the part of the Smackdown writing team because both the women’s and tag team matches at TLC will be triple threats. However, Smackdown always trumps RAW in quality these days, so I won’t mind. It’s clear that Becky and Ronda will have their match at some point. But for that to happen, Becky would have to switch brands. The only way that would happen is if she were to win the Royal Rumble and challenge Becky. That is why I think Becky will lose the title here. If she does lose the title here, it couldn’t be done in a better way. It’s not one on one, she won’t be pinned or tapped out and she would be protected under the stipulations.

The only question is whether or not it will be Charlotte or Asuka winning. If you ask me, I think it will be Asuka. Charlotte is a 7 time Women’s Champion. Becky is the current champion. Since coming to the main roster, Asuka has done absolutely nothing. When she works with someone who works with the same intensity as her, she’s as dynamic as they come. Roll the dice, and give her a try.

Nia Jax is really no good right now. Her promos are cringe-worthy, she’s clumsy in the ring, and she’s paired up with somebody who is somehow even worse than she is. That being said, I do think that Ronda and Nia can put on a good physical match, as their TLC bout showed. However, the success of this match will all be contingent upon how much Ronda is able to carry Nia. They are going to have to feature her tremendous strength and MMA style of fighting in order to make this match anything more than a bummer. Ronda will be winning this match, and we have another predictable outcome on this show.