And to ring in the new year, here’s a quick list of 10 individuals who have excelled despite all being younger than 26. I’ve taken WWE, Impact, ROH, and New Japan into account. Not only have they done well this year, they should continue to rise in 2018. Happy New Year!


He still may look like a caveman, but the young student of The Hardy Boyz continues to work as hard as ever in Impact’s X-Division. He may have lost his other mentor Gregory Helms, yet he’s picked up two X-Division titles, with their reigns amounting to him holding the belt longer than any other in 2017. He’s also picked up a friend in Caleb Konley, and for a time he literally stole the belt from Sonjay Dutt. He looks odd, but his work is as good as anyone’s. And to some, it was surprising he remained with Impact after his heroes Matt & Jeff left the company.


Many will never have heard of her, but her accolades speak for themselves. Not only is she a multiple time Women’s Champion on the indys, she was the first woman to win the Progress Wrestling Women’s Championship (in a promotion WWE has close ties with). The Australian-New Zealander was recruited for the Mae Young Classic, where she came close to winning the entire thing .. if it wasn’t for meeting Kairi Sane in the semi-finals.

It goes to show how high WWE is on the young prospect. She was one of the youngest in the tournament, and was only knocked out by the eventual winner. She is currently working for Japanese promotion World Wonder Ring Stardom, where she is the current World of Stardom and SWA World champion, as well as the Progress Women’s Champion. Watch out for Toni Storm, she’s bound for great things. 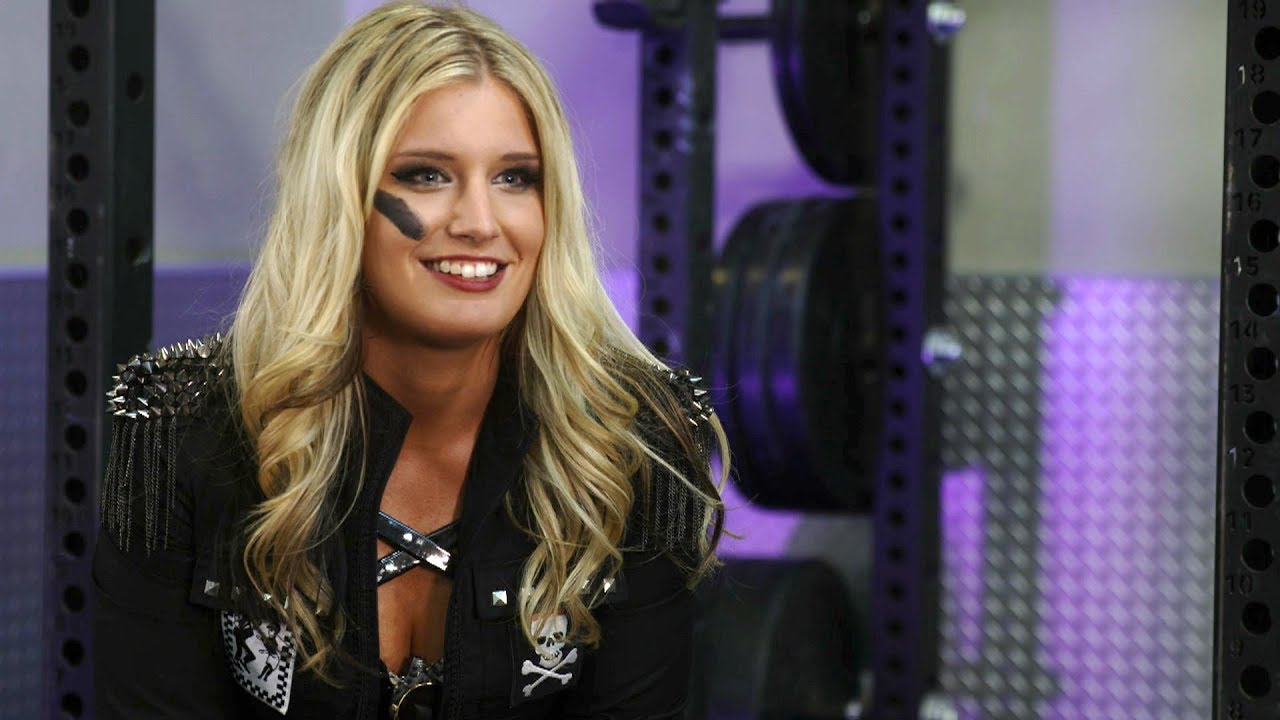 The nephew of the late WCW, TNA, WWF and AAA star Hector Garza has made himself known to the world. Originally as part of a talent exchange between AAA and Impact, Garza Jr worked on Impact with tag team partner Laredo Kid. It didn’t take long for Impact officials to notice his potential, as they signed him to a deal and split him from Laredo Kid for a push as a singles wrestler.

In a very short time, Garza went from losing tag team matches, to main eventing Impact in a number one contenders match for the Impact World title against Johnny Impact. He didn’t win, but his solid ring work, combined with his cheeky demeanor, ensures he has a bright future ahead. If I had to compare him, I’d say he’s like a young Eddie Guerrero. He’s got room for improvement, but to come so far in a short time shows he has what it takes to be around for decades. 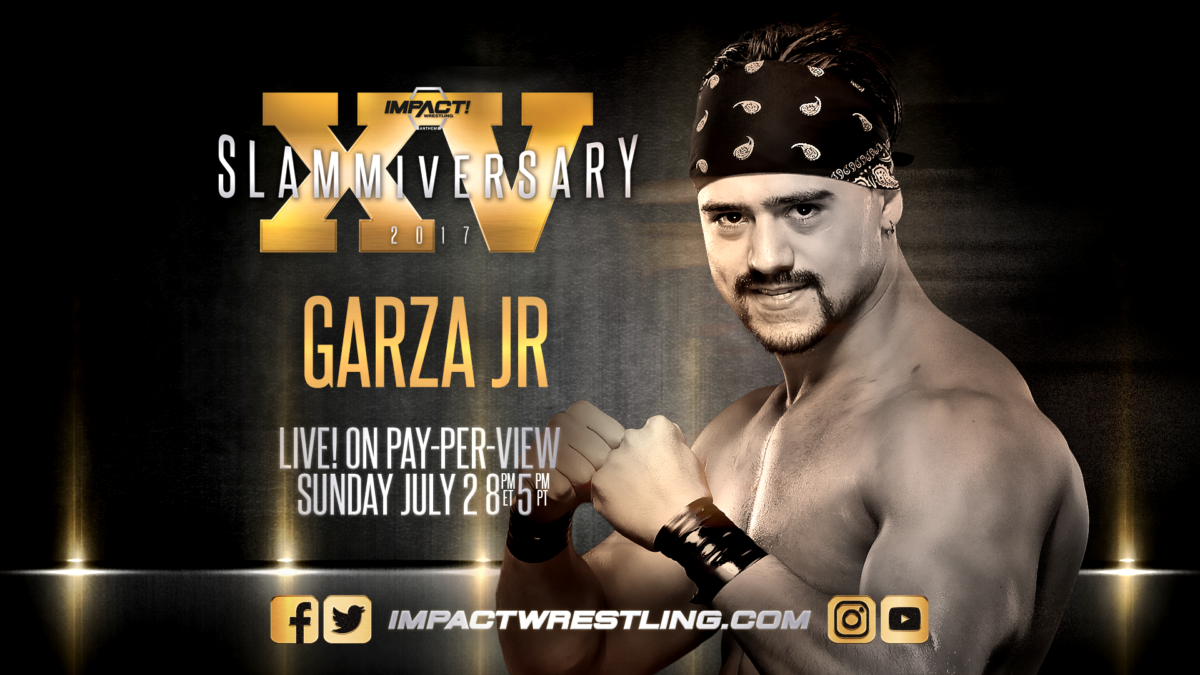 The second half of the year hasn’t been kind to him. However, his work with Alicia Fox earlier in 2017 makes him a character WWE can rely on in 2018. I think it’s unfair how he’s been buried since Enzo Amore showed up, but I have faith that the Scottish Supernova will make a decent comeback. And we’ll have to wait for it, as he had surgery for a knee injury this month which will keep him on the sidelines til after Wrestlemania. “Alicia FOOOOOOOOOX!” 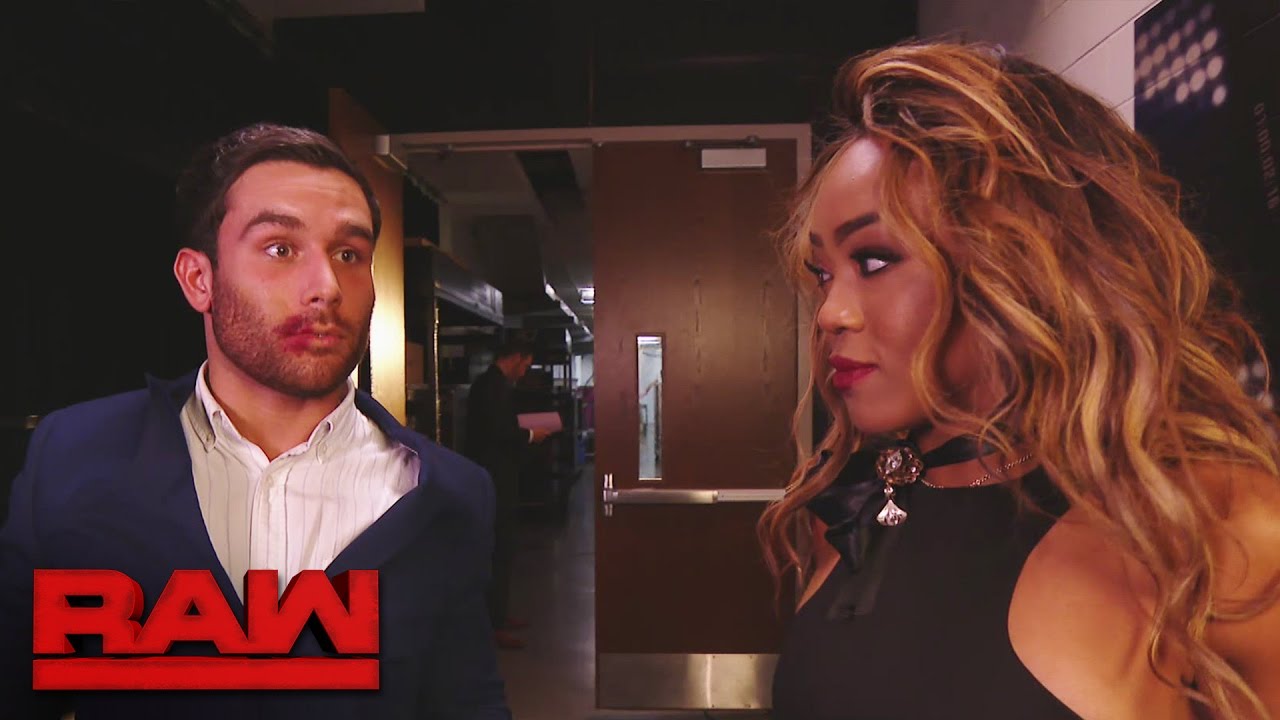 
Personally I have not seen much of his work this year, yet I can say with confidence he’s been putting in great work with New Japan. One of the most exciting highflyers in the world today, the young Englishman added to his accolades by defeating rival KUSHIDA for the IWGP Junior Heavyweight championship. He’s the kind of guy who could make 205 Live infinitely better with his athleticism; which is hard to replicate.

The second youngest on the list. His new gimmick took a while to sink in to the hearts of the NXT Universe, helped considerably by the memorable feud with Aleister Black. Dream preached about being the light, and wanting Black to say his name. Black ignored Dream, believing he wasn’t worthy, which frustrated Dream to no end.

The feud culminated at NXT Takeover: Wargames, in a match which was heavily praised and named “the best match of Dream’s career so far”. The exceptional storytelling was very well received by the audience and commentary team alike. For Velveteen Dream to have these moments under his belt, sets him up nicely for an even better year in 2018. I can only count on one hand how many times I’ve seen him work, and each time he’s impressed. Having only began his career five years ago, White has found time in the spotlight working for Ring Of Honor and New Japan. Unlike many other wrestlers who work for these promotions, he has not worked for many indy promotions, which explains why he has yet to win any wrestling championships.

However, his return to New Japan in November as”Switchblade”, has promised he will challenge one of Japan’s biggest stars on their grandest stage. Upon returning, he challenged Hiroshi Tanahashi for the IWGP Intercontinental Championship at Wrestle Kingdom XII. I’m looking forward to it, to see if Jay White is capable of hanging with a veteran and superstar like Tanahashi.


What I particularly love about this team is how old school they are. Partnered with Paul Ellering, I expected them to be a cheap Road Warriors knockoff, but they’ve proven they can work as well as any tag team. There’s no nonsense, and they don’t talk much, which is fine because I like Ellering’s managerial skills.

The most dominant tag team in NXT history is a pairing which is difficult to imagine breaking up; it wouldn’t make any sense. This isn’t a team slapped together with two randoms, NXT scouted two guys who could work so well together it’s like they’re brothers. They’re not, but you could imagine it. Not only that, Akam is a former Amateur wrestler, and Rezar is a former MMA fighter with a 4-2 record.

They could legitimately beat up anyone, which makes their intense power and speed, all the more believable. They’re not just big guys, they are athletes who know exactly what the other is thinking. And there’s no flash, they’re not pandering to the audience .. the only thing on their mind is winning titles and never letting go. In 2018, they will write new chapters in to the Book of Pain, and I’m looking forward to it. 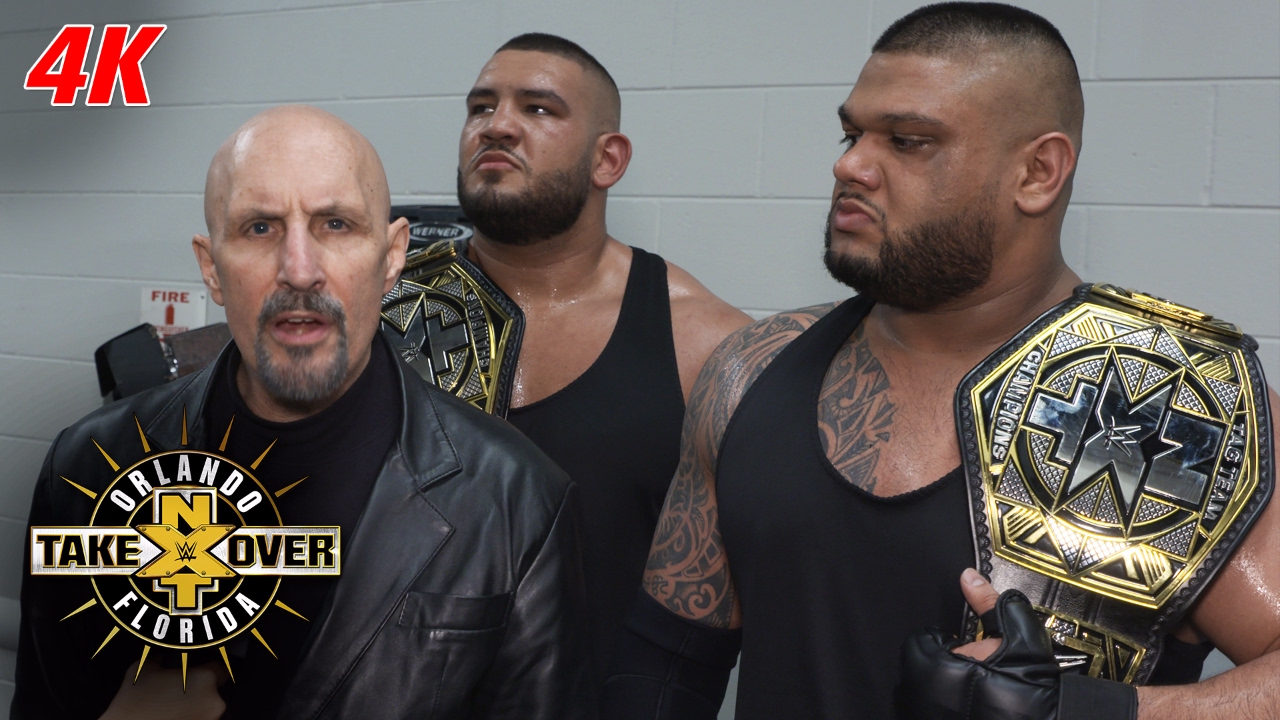 I’m English, but at this point it feels like everyone (no matter what nationality) is in agreement that the UK Division has achieved in creating two young stars for the future. I’ve said far too much about Tyler Bate in 2017, and some of you might be getting tired of all the praise .. but think about it, he made history by becoming the first UK Champion at the age of 19. Who else has ever done that in WWE? No one. And he’s 100% deserving, I find myself saying that he has no right to be this good at this age.

However, he didn’t achieve greatness alone .. he needed a nemesis. He needed someone who could be the yang to his ying, and not just any old rival no .. but someone who was a friend and trainer. He needed someone who he’d worked with countless times before, to show the WWE Universe a new generation of British Wrestling with the use of strong style. But when he wasn’t fending off his nemesis, Bate showed solid work with Moustache Mountain tag team partner Trent Seven, as well as getting a match against Cruiserweight Champion Enzo Amore on 205 Live. I’m looking forward to seeing what WWE gives him in 2018, and I’m hopeful he ceases every opportunity presented. 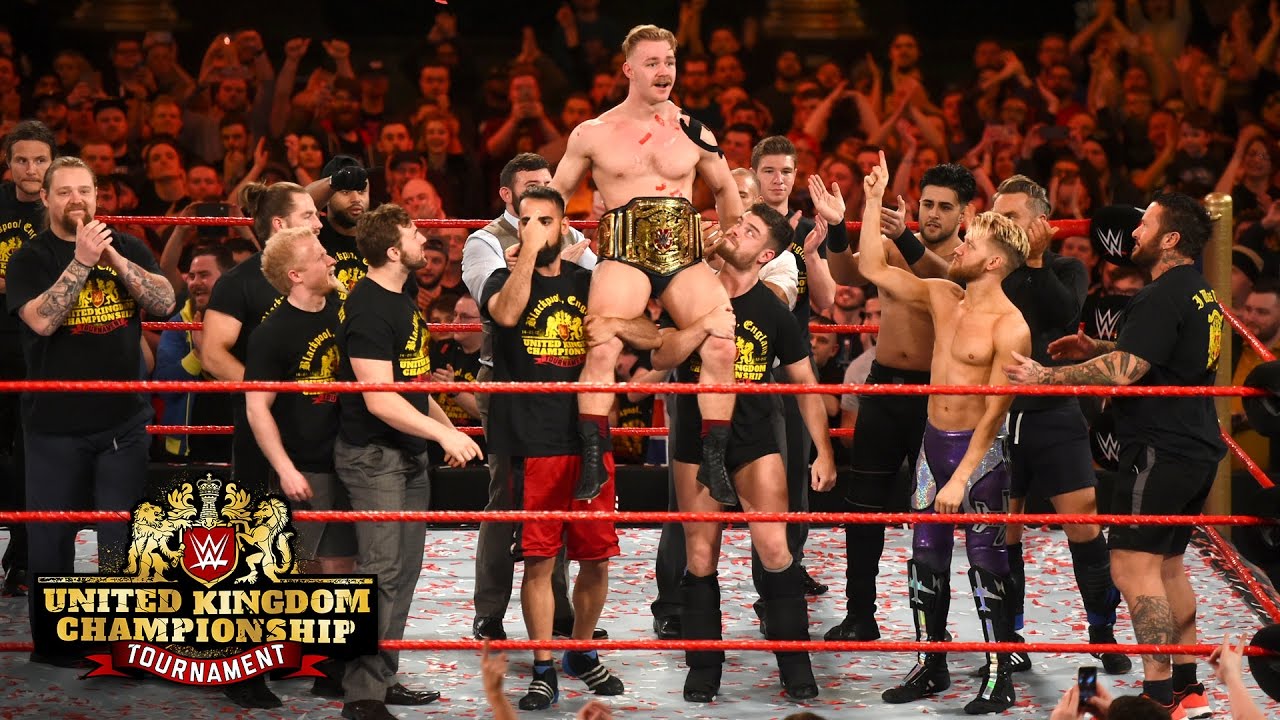 Tyler’s nemesis “The Bruiserweight” is arguably the coolest talent to emerge in 2017. When he showed up at the UK tournament and attacked other competitors, he was restrained by William Regal and officials. Triple H liked his attitude, so before the Finals with Bate, The Game told Dunne to “make a name for yourself kid”. And boy has he ever, he’s worked some really exciting matches. And not by flying around the ring, or hitting a dozen high spots & finishers .. he’s been doing it through joint manipulation and proper pacing.

What he’s best at, is portraying a heel who literally tortures his opponents in the ring with offense no one’s done for decades. There’s little wasted motion, and his facial expressions tell the story. He has an extraordinary quality to not only build a match to a thrilling climax, he can also adapt to any opponent. I’ve yet to see an average Dunne match, even if he’s part of a tag team (which he hates).

And while he portrays a heel with a face you’d love to slap, the WWE fans love everything about him. He’s got the “Stone Cold” aura, a presence which tells fans someone’s about to get their arse kicked. His fist gesture to the cheek is very imitable, as well as holding up a championship belt with your teeth. His character shines through, and any match he’s had one-on-one with Bate is a match of the year candidate. When his music hits, he gets a very loud pop more often than not. And as the UK Champion, it’s going to take someone special to dethrone The Bruiserweight.

I’d be in disbelief if any wrestling fan turned to me and said “sigh, Bate vs. Dunne again”. They could wrestle every night, and I don’t think anyone would get tired of it. It has the potential to be like HBK vs Bret Hart ten years from now, as they trade holds at Wrestlemania for the WWE Championship. Ok, maybe I’m getting ahead of myself, but literally every big name in wrestling has commented on his greatness, and it’s only a matter of time til the world takes notice.

And I’m done for 2017! Thanks for joining me, and I’ll continue appreciating your support in 2018. Cheers! 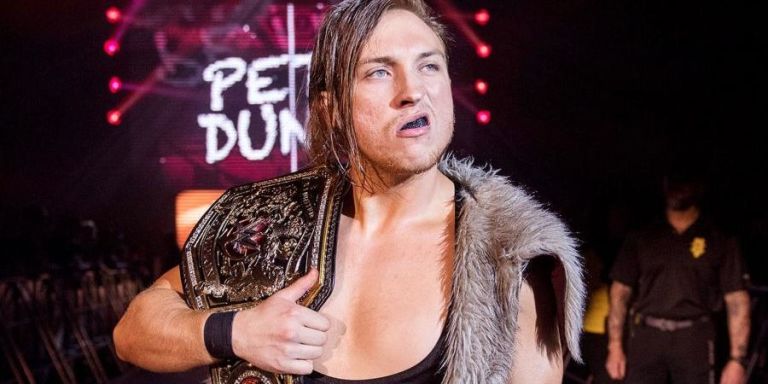