Home Articles “We Are The Authority” – What Changes Would We Make To Raw? Hi folks! As we know from this week’s episode of Monday Night Raw, The McMahon Family collectively came out and said they have not been listening to the fans. They promised change, before telling us they are no longer the authority .. the fans are the authority. With that statement, I figured it’d be interesting to see what our Facebook followers thought about this. I asked them to provide us examples of what they would change if they could. Of course, I’m keeping everyone anonymous and won’t attack other’s opinions as we all want and like different things .. but I’m not going to agree with everything either. How many do you agree with?

More Wrestling, Less Promos: While they have not called itself it for well over two decades, it’s obvious that “sports-entertainment” is just a fancy word for “wrestling”. WWE’s never been at the forefront of great matches, so when we do get them it’s a big deal. And WWE underestimates how we connect with the talent through matches which grip us to the point we’re jumping out of our seats. For some it’s easy finding better wrestling elsewhere. It’s easy finding an alternative, or taking the extra step by giving up on it entirely.

Making matches more competitive is a good way of keeping low/mid-carders relevant. It’s hard to support someone’s push if they’ve jobbed all year. How it should be, is that any full-time talent stands a chance of beating another. Also, full-timers should not be jobbing out quickly to old part-timers. Whatever happened to wrestlers being in “ring shape” having the advantage over those with ring rust?

I don’t agree with the “less promos” part though, as character development is essential in getting us emotionally invested. If anything, it should be less “clearly rehearsed to the point they suck” promos. If anyone’s getting airtime to talk, they gotta’ be at least half as good as Steve Austin or The Rock .. or there’s no point. More managers should be used if there’s too many struggling. Get a Bobby Heenan type and make a stable out of it. I think they should get away from rehearsals, as it can sometimes feel like we’re watching a kids nativity play. In fact, I’ve seen better actors in a school nativity. If it sounds fake .. if it sounds like they’re remembering lines, then they’re not doing a good enough job. 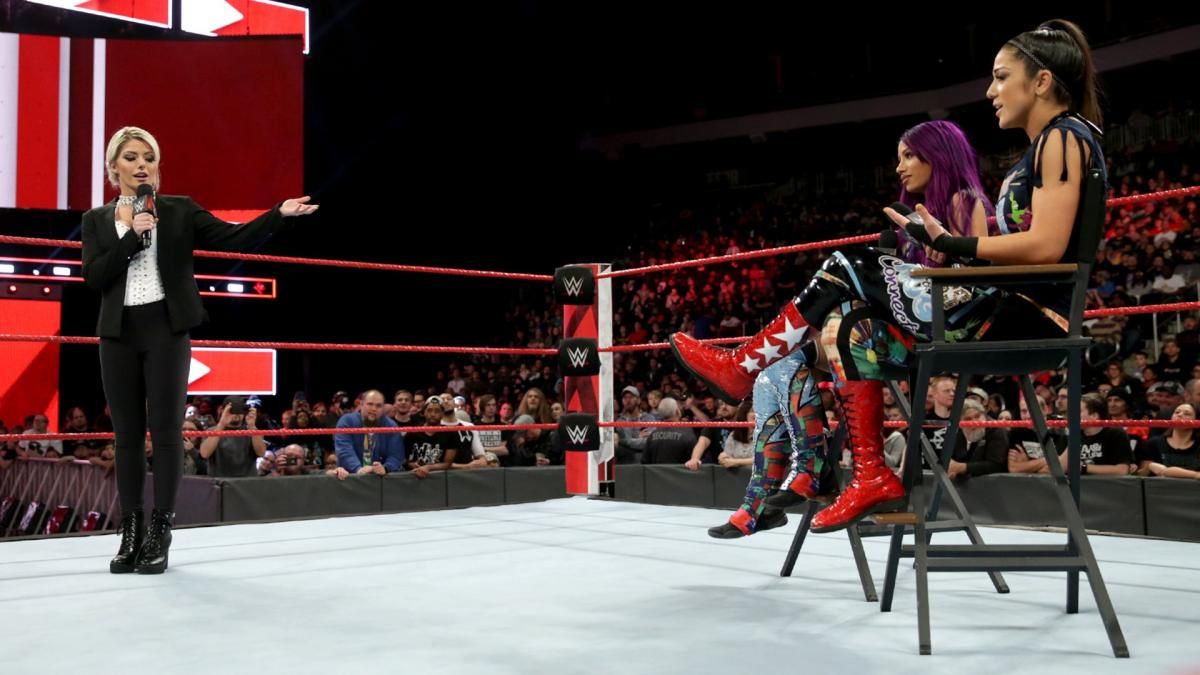 Strip Brock Lesnar Of The Title: Many comments were blatant in their hatred of the part-time champion. And it’s understandable, given we spent much of 2018 not seeing the Universal title. Roman Reigns finally took it from him, and whether we loved him or not, most were happy knowing we got the main prize back full-time. Of course life always throws unexpected things at us, as Roman vacated the title after revealing his illness. But did WWE need to put it back on Lesnar? No, not really. It was the perfect time to crown a new face as champion, someone who could lead Raw in to a new age.

However, you can kind of see why Vince went this route. It makes sense to build Lesnar up again to be defeated. Imagine if Braun Strowman beats him for the title at the Royal Rumble? Or Wrestlemania? It would be of great benefit. So while we’ve had to endure more pain, down the road the rewards may be worth it. Everything hangs on whether Lesnar is holding the title for much longer, and I’m predicting he won’t. But if he does? Well .. that’s WWE not listening to its fans. We need the Universal title back so there’s more to tune in for. The champion should show up.

Give The Keys To Triple H: While NXT has again provided a year full of exciting moments, feuds and matches, the opposite can be said for Raw. And we saw 205 Live go through this process, as we saw notable improvement after Vince gave his son-in-law the keys. Since Triple H took over 205 Live it’s been easier to digest, and it’s mostly down to it showcasing more quality matchups. But many big title matches have been relegated to PPV pre-shows .. so a lot of the good work has gone unseen. The rise of Mustafa Ali was a nice surprise; even more so when he debuted on Smackdown this month. He finally broke through the glass ceiling.

What’s needed, is for Vince to chill and deal with other areas of the business so Triple H can have the final say. This way we’re more likely to get the “NXT feel” for Raw. And there’s so many former NXT wrestlers working on Raw which he knows, so he could book cards to play towards their strengths. He’s not one for burying talents either. Vince could still contribute ideas here and there, but to many fans it’s time he stands down for someone who is more in touch with what fans want. To quote The Game: “Are You Ready!?” 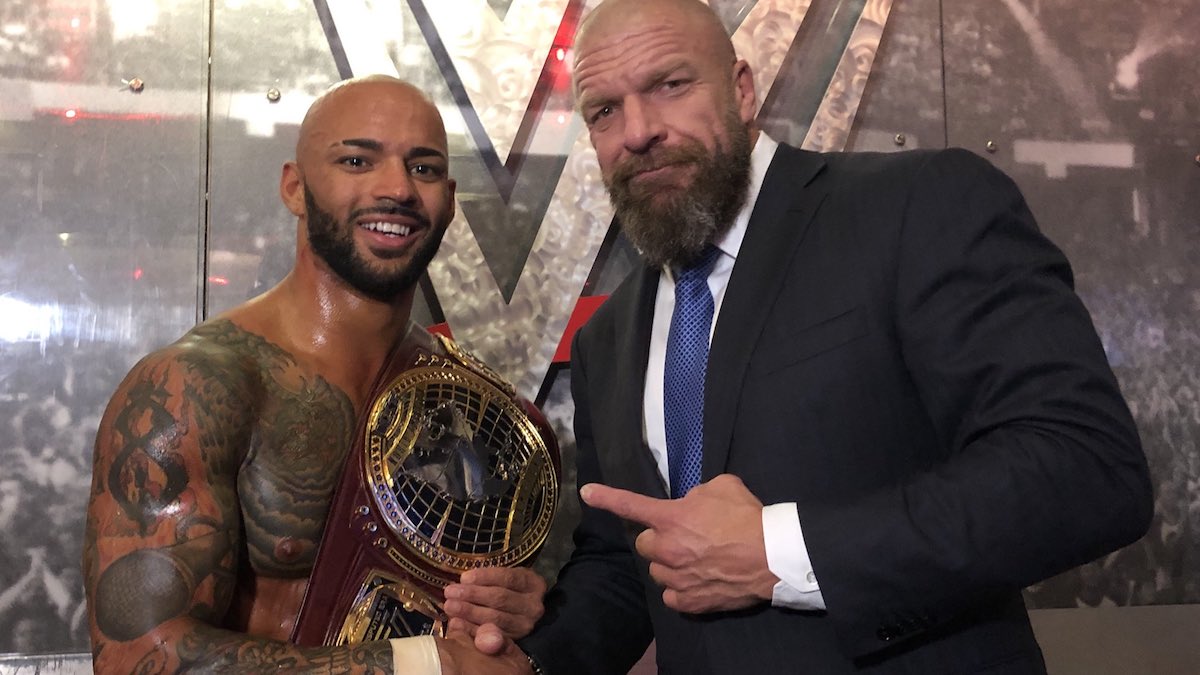 Better Creative & Long-Term Storytelling: As shown in NXT this year with Tommaso Ciampa and Johnny Gargano, WWE has what it takes to create a compelling story from a heated rivalry and sustain its hype for many months. Again, it feels like they should use the NXT formula for Raw and see how it goes. It makes no sense that the “development” territory is more creative than the main brand. We know what they’re capable of, they just need to implement it. They don’t need to rely on shock tactics or cheap heat either. Also, merchandise sales are not always an indicator of who the fans want to see.

It’s Too Long! – Remember when PPVs were special because they were 3 hours while Raw & Smackdown were two each? Part of the problem is there’s too much Monday Night Raw. Yes, fans love watching wrestling, and they’ll happily sit through a 3-hour PPV special each month .. but every week? No thanks. It’s hard sitting through a PPV length episode every week. WWE and others have said “do you know how hard it is writing 3 hours each week!?” .. so why do it? Why put yourself through it if you blatantly admit you can’t handle it over the long-term?

They admitted they weren’t listening to their fans, so next they should admit they can’t handle 3 hours. Although they’ve got enough talent and resources to do it, they’ve proven how badly they struggle. How many times have fans said .. “I just DVR and fast forward to the good bits”? The third hour suffers most, and it makes sense from many angles. The fact it’s getting late on the east coast (try being me .. staying up til 4am every Monday/Tuesday!) doesn’t help the children or adults who have to be up for school/work the next day.

All I gotta’ say is .. if they NEED three hours, then start it earlier and use the first hour as more of a pre-show? Have video packages showing us what the wrestlers are about? Do competitions? What about fans calling in to talk to superstars live on-air? They could have lots of fun building up to the episode with something which directly engages the audience. It doesn’t have to be a panel of guys/girls chatting (blah blah blah) .. they could be doing other things to get us pumped in ways which don’t require a last-minute rewrite. 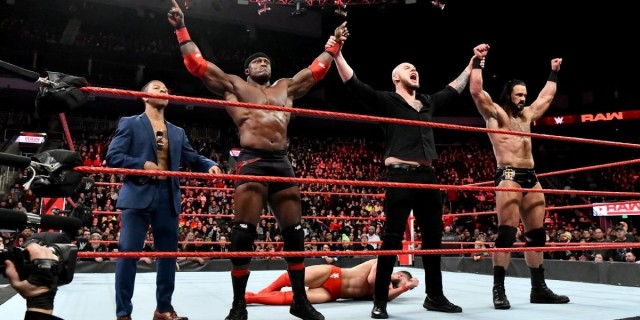 30 Day Defense Rule + Rankings Which Matter – The 30-day “rule” has been around a long-time but never seriously enforced. It’s only ever been used as an excuse to strip someone of a title due to other circumstances. I feel like this has only come up again due to Lesnar’s part-time status, as it would undoubtedly get the Universal title vacated. Sometimes a wrestler only has a minor injury and will return in little over a month, so would WWE be right to vacate it in that circumstance? They’d probably not want to. Sometimes the rule is justified, while at other times I could see it being annoying to everyone involved.

I think WWE tried doing a ranking thing in the past but .. it’s just not interesting enough to the majority. Have you ever looked at the Power Rankings? It’s only good for arguments. WWE always shows bias as they place the talent they push in high places .. even if they didn’t do anything good that week (Cena & Reigns always look strong no matter what!). So unless the rankings are done by someone not working officially for WWE? I don’t see the point. They will always be biased and it will never show the true representation of where everyone is. It’s great in concept, but to work it needs maintaining properly and not show any kind of bias.

Be More Edgy – Still many who think “PG” is killing WWE. But at the same time .. you do anything slightly controversial and everyone freaks out. You might as well be a witch if you make an offensive joke, as all the witch hunters pop up in droves to burn you at the stake. If anything .. being more “adult” is only good for the adults/teenagers, while the parents of young kids reconsider if it’s appropriate to watch. So it’s a fine line WWE has to walk, between catering to young children (who they need so they have fans for the next generation) and not insulting the intelligence of its older viewers. Isn’t calling someone a bitch enough? Or do we need to go full “Attitude Era”? Remember .. that the Attitude Era wasn’t always about bra & panties matches & controversial storylines. It probably wouldn’t hurt to be slightly more edgy .. but it’s pointless if it doesn’t make compelling television. Some of the best shows don’t rely on nudity and cursing to get over. I think what people want more than anything is more intensity; which is why Becky Lynch has become a sensation since becoming “The Man”.

There are many more ideas I could share here .. but I think you’ve got the point. So long as WWE says we are the authority, we should stand up and let our voices be heard. We might not always get what we want, but at least it’s a start. Serious change isn’t likely to happen overnight, so I say we should be patient. Give them up to Wrestlemania to see if they can turn Raw around? Do you think they can do it? Or are we going to end up with the same old s**t? It was interesting reading everyone’s opinions, and thanks to all who shared. Cheers for reading! Have a nice holiday.