Home Articles What is the Greatest Match of All Times When it comes to prowrestling its not clear cut who or what is the greatest. Prowrestling is like cinema, The greatest could be what insiders and critics consider the best, or What average fans think is the best and even the most financially successful could be considered the best. Some factor all that in and come up with whats the best. Today in this article I will look at what most people consider the greatest matches of all times and I would like the readers to give their opinion in the comment section or come up with one that is not on the list or simply just read and maybe look up one these matches you havent seen and maybe you will think they are the best.

I wont be putting youtube links up because I dont know the sites rules so I will just put up a list.

Each match has something special about it. In my opinion the Clash of Champions match was easily the best, The pacing, The psychology, Just so much packed in one match, It makes 55 minutes feel like 15. The Chi Town match had the emotional first World title win of Ricky Steamboat. Then you have WrestleWar which had the final chapter in the 89 trilogy and the only Flair win in the series, Also the end of the match was the start of the Hot Flair vs Funk feud.

If you havent seen all the matches in the series, I recommend seeing all these matches to come up with your own favorite, you really cant go wrong

This match is the total opposite of the Flair vs Steamboat matches, but that isnt a bad thing. Bret Hart and Steve Austin had a gritty brawl, These men tore each other apart. Both Bret and Austin were red hot at the time and they both had a incredible 6 month feud leading up to this match.

The action, Emotion and psychology of this match was off the charts, This is the match that made Steve Austin a star and cemented Bret Hart as the best story teller in WWE history maybe even prowrestling history. The match is also most known for the iconic image and moment of a bloody Austin in the Sharp Shooter and the incredible double turn that will never be duplicated at the level Hart and Austin did it. 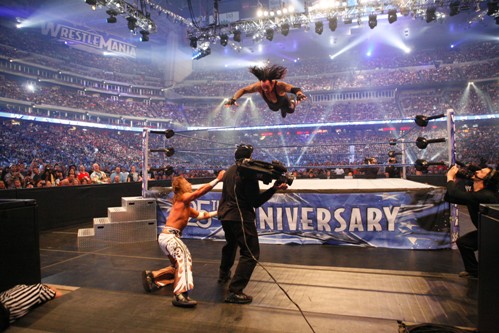 Shawn Michaels vs The Undertaker : Wrestlemania 25

I don’t see this match match as the Greatest, is it a Great match? of course, but I wouldn’t call it the greatest but alot of people do. Wrestlers have come out calling it the best match they ever seen, Even Shawn Michaels biggest critic at the time (Bret Hart) called it one of the greatest matches he ever seen.

Im sure everyone reading this article has seen this match but if you haven’t you should, it is a roller coaster ride of emotion that will keep you at the edge of your seat even if you know the results. 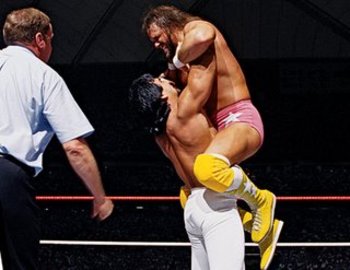 Wrestlemania 3 was a historic event but no matter what some say, Make no mistake about it the show was stolen by Ricky Steamboat and Randy Savage. Steamnoat and Savages Wrestlemania 3 match was years ahead of its time and the historic venue and angle that set up this match just added to its greatness,. The match even though ahead of its time still is dated by today’s standards and I don’t think this is any where near the greatest match of all times but it has a large following and its on almost every “Greatest match” list you see.

The Savage and Steamboats match inspired many fans to become wrestlers such as Chris Jericho and many others. 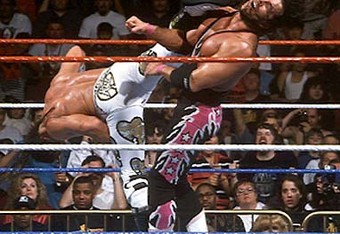 The Wrestlemania 12 Ironman match is the most polarizing of all of of the matcheson this list, Some consider it the greatest or one of the greatest of all times and some consider it sub-par and boring. Most prowrestling journalist and reviewers don’t think too highly of this match and alot of fans sing its praises.

I personally love this match but there is some complaints about the match. The complaints are, its too long, the Iron man stipulation takes the drama out of a match and no falls were made during the 60 minutes.

It might not be for everyone but its still two of the greatest performers ever, on the grandest stage for 60 minutes. 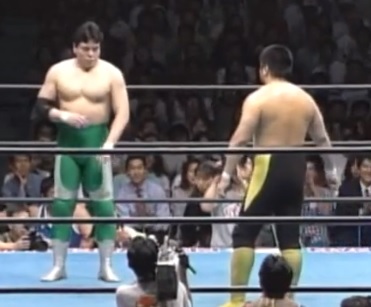 I dont know much about international wrestling but I have heard about this match for the last 20 years. I heard how this is the greatest match of all times and how incredible it is, So one day I checked it out and WOW what a match, Both men are incredible performers and have great chemistry together.

This is the measuring stick for strong style and fighting spirit. The kicks and forearms will make you cringe, Misawa and Kawada beat the crap out of each other….. It doesn’t matter if you are a Japanese wrestling fan or not, You will love this match, it is a must see. after watching this match You may not think its the greatest but you will have seen a great match.

Flair vs Funk : I Quit