As seen on this week’s episodes of Monday Night Raw and SmackDown Live, the identity of Roman Reigns’ attacker remains a mystery. While the forklift incident wasn’t as dramatic as it could’ve been, the drive-by car crash certainly escalated the situation. With Samoa Joe being ruled out as a suspect, I’d like to take some time to speculate on who the attacker is. I do not have any insider info, so at this time, all we can do is make educated guesses on the identity of the perpetrator.

Who To Rule Out??

Before we talk about who it could be, let’s rule out a few suspects. Firstly, as was already stated, it’s very unlikely to be Samoa Joe because he was seen confronting Roman as the second incident occurred. Secondly, I’m ruling out Buddy Murphy because he’s an example of how far Roman is willing to go to find out who did it. Murphy could be aware of who did it .. but I can’t believe he’s directly responsible.

Looking at the rest of the roster, I want to say it’d be strange for either Seth Rollins or Brock Lesnar to be involved. And while someone I know suggested Braun Strowman, I don’t think it’s his style whether he’s playing face or heel. Same goes for Bray Wyatt, it wouldn’t make sense for ‘The Fiend’ to be involved in this. And while it’s not completely in the realm of impossibility, I find it extremely unlikely to be any of his family members; like The Usos. 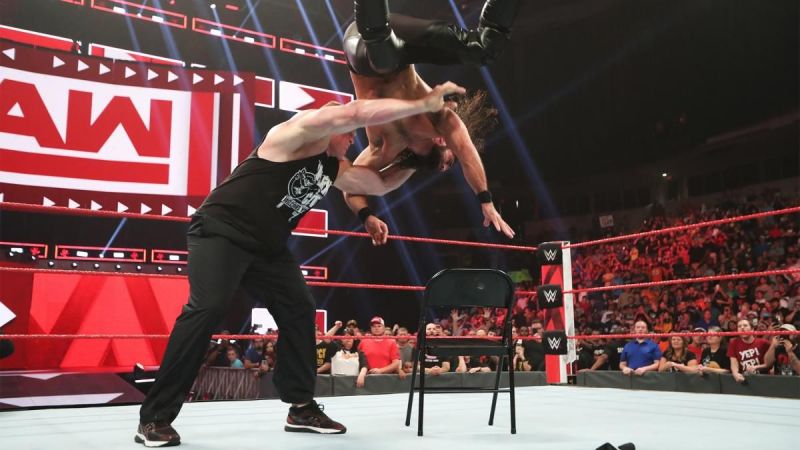 We could reel off the entire list of babyfaces, but it’s still very possible it could be any of ’em. The reveal would turn them, and make it an even bigger, more memorable moment. And while it’s pretty unlikely to be a woman, there’s a good chance one of them could be indirectly involved. After all, it doesn’t have to be an individual .. as it could just as easily be a team of people. I also want to rule out anyone from 205 Live or NXT UK .. just because I don’t think WWE is willing to put any of the cruiserweights or UK stars in such a high-profile feud.

Could It Be Someone from NXT?

Some may not follow NXT, but luckily I’m a regular viewer with good knowledge of the characters. So if it is someone potentially moving up from NXT? Let’s look at who I believe are the biggest suspects.

With Adam Cole facing Johnny Gargano for the NXT title this week, it’s possible he could be promoted if he were to lose. Having one or more of the Undisputed Era targeting Reigns would show the world how serious they are about making an impact. Take out The Big Dog before they get there, and the rest of the locker room will be put on notice.

It’s still very unlikely, but there’s not many others who stand out as potential suspects in NXT. I think Undisputed Era are more likely to do a “Shield”, by popping in from nowhere during a PPV to destroy a few main event guys. In recent promos, Lee has shared frustration with his current status. He came to WWE to take over NXT, but his first year under contract hasn’t been as lucrative as expected. It didn’t help that his feud with Dijakovic had to be cut short due to injury, but outside of that? He hasn’t done much, and with new talent coming in? There’s even less time to prove himself by winning the NXT Championship.

I can definitely see WWE promoting him because he has the experience, and unless he’s pitted against a credible NXT Champion very soon? They need to do something with him. Pompously basking in his own glory gives me heel vibes .. and what better way to introduce him to the main roster? It’s a pretty outlandish guess, but nothing’s impossible in the WWE Universe.

If it is anyone from NXT, it’s Ciampa. Why? Because it would make his career. Having dominated NXT before his serious neck injury, he hasn’t got anywhere to go. Only last month, Ciampa stated “I don’t know if people think I’m going to Raw or SmackDown, but here’s a spoiler– I’m not, I’m going to NXT. If somebody tries to tell me anything else, I’m answering them with a no.”

Everyone’s expecting his arch rival Johnny Gargano to win the title this week, so they can reignite their feud when Ciampa returns. But what if WWE doesn’t want that? What if WWE have bigger ambitions for The Blackheart? He’s capable of anything, and what better way to move up than to take out the biggest dog in the yard? He’s never been shy in telling the world he is the greatest superstar of all time, no matter what the brand. It would make total sense for Ciampa to target Reigns first. 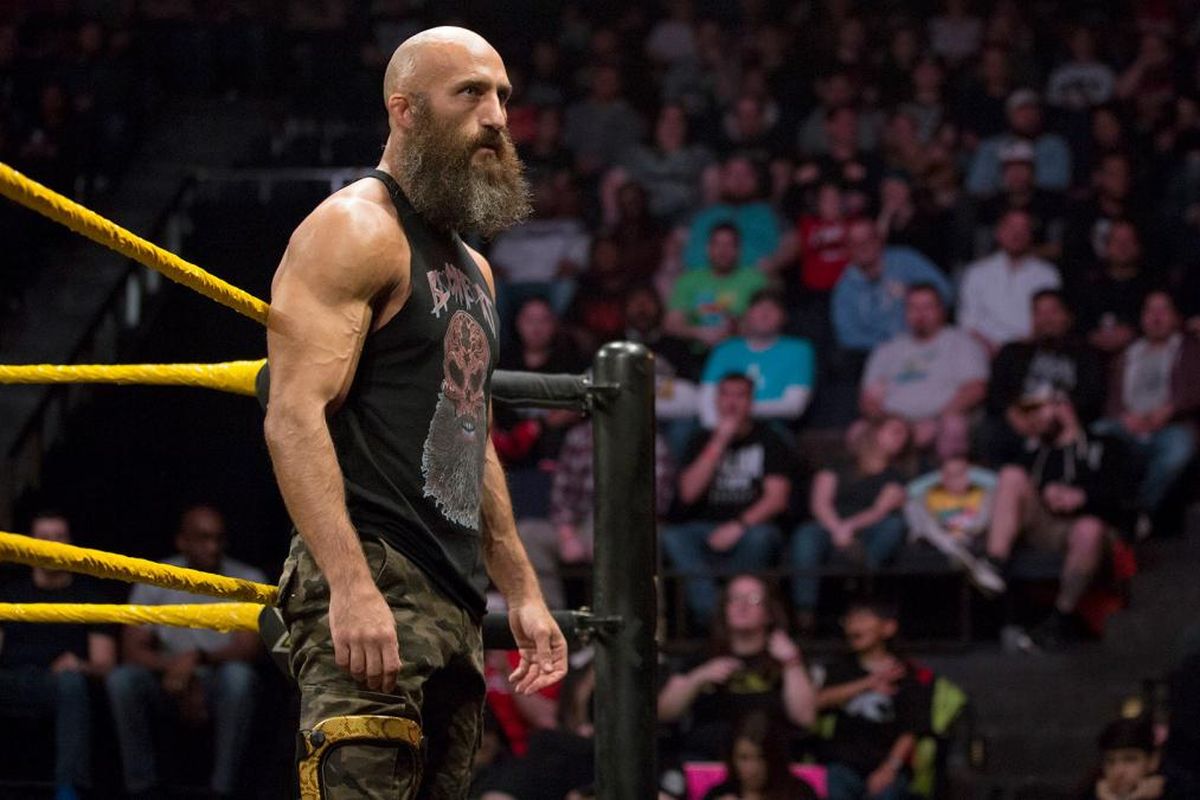 Samoa Joe and Shane McMahon would be the two most obvious choices based on recent history. But Shane O’Mac has moved on to Kevin Owens, so who’s left? And who is capable of doing this to a guy who recently overcome Leukemia? Before we do, let’s mention Buddy Murphy’s Rowan reveal. I’m not buying it for a second, because there’s no way you reveal who did it this early in the game. With that said, here’s my list of other suspects.

This is more of a fantasy than anything. We know his status in WWE isn’t healthy, so to bring him back in to the mix by feuding with Roman Reigns? It would be like bringing Sasha Banks and slotting her in to a feud with Becky Lynch. He’s been buried a long time, and if WWE wanted to establish Harper as a credible upper midcarder? This is how you do it.

Maybe Rowan planted the seeds in Harper’s head? Giving his former partner some advice on how to make an impact? Not likely, but it’s not impossible either. As one of WWE’s hardest workers, I just want to see him back in the ring somehow.

I could copy most of Harper’s entry and it would apply to Rusev as well. Where the hell is he? And why is WWE making him do a great Zack Ryder impression? The Bulgarian Brute has never been a fan of Roman Reigns, and with him out of the picture .. he might just be able to get some airtime. He could blame Reigns and the Wildcard rule for his lack of opportunities.

Better yet! What if Rusev is part of a team of other disgruntled, buried superstars who want to stick it to WWE by taking out their most valued asset? Are these attacks apart of a bigger conspiracy? 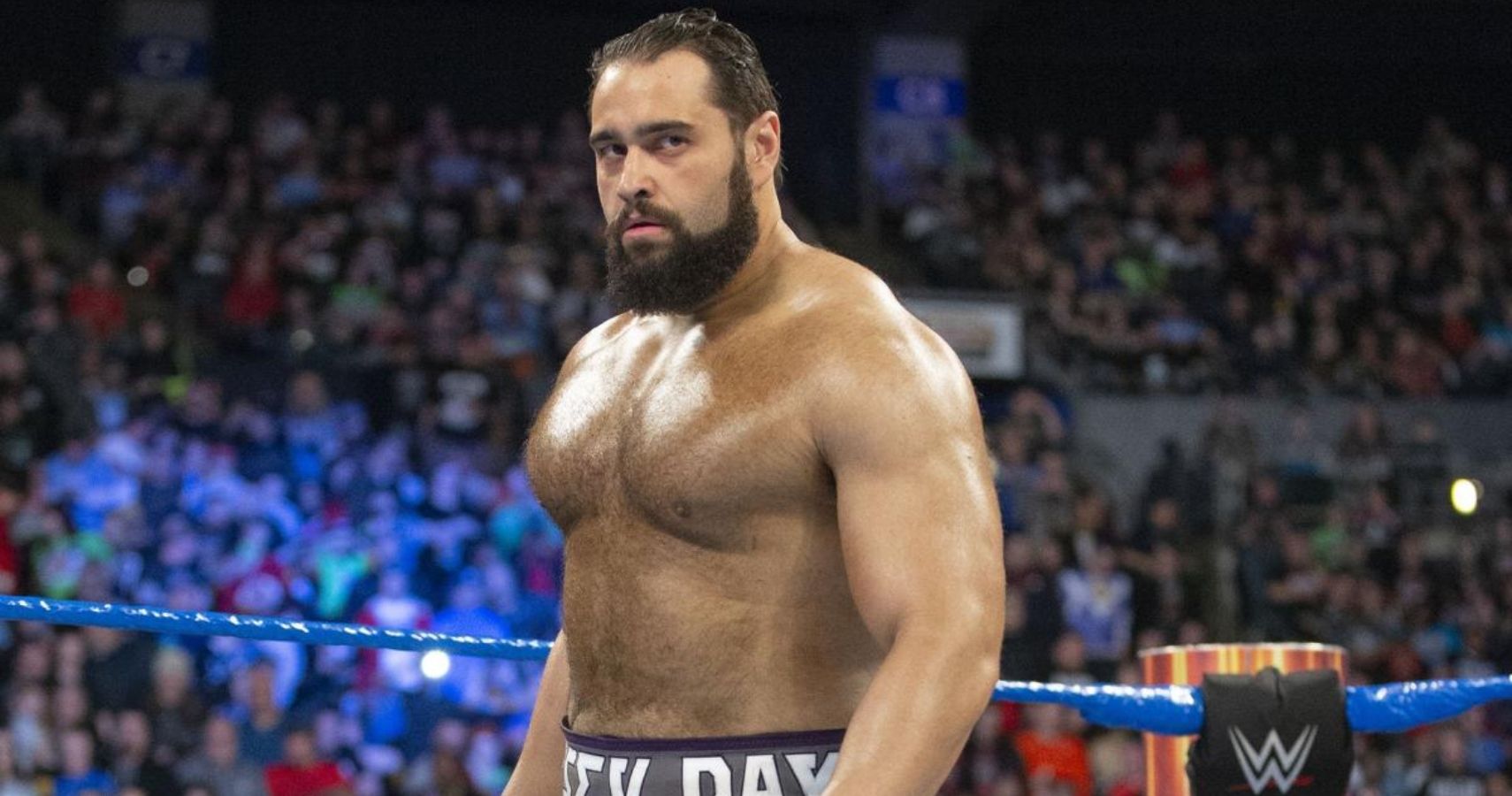 The hatred that shadows this man is pretty amazing. The fact is .. he sucks, and he does such a great job at sucking that it’s hard for anybody to be impressed. And I like that .. I don’t think heels should ever be trying to find any form of respect, whether it be on the microphone or working in the ring. Corbin is universally hated, and it wouldn’t surprise me one bit if he were behind this.

He could be a hired hitman, but also, I wouldn’t be surprised if he came up with the idea. Or maybe he’s been talking to Lacey Evans since Stomping Grounds, and this is what they come up with? Either way, when asked if he had anything to do with the attack, Corbin responded on Twitter with: “I’m on Raw, you idiot”. Umm, Ok?

As it looks increasingly clear that Daniel Bryan & Rowan will not reclaim their SmackDown Tag Team titles, it would make sense to move Bryan on to a feud with Reigns. Personally, I feel like he’s one of the more unlikely suspects from those featured, because it’s not exactly his style. Bryan’s one of those who’d rather tell you what he thinks straight to your face. He would need to be pushed to the limits to lower himself to such cowardly acts. However, the recent video WWE posted with his response to Buddy Murphy blaming Rowan could be a red herring.

Bryan claims he does not care for Reigns, and that Murphy only threw Rowan’s name out because he was pinned up against a wall and forced to give any name. But out of all the people in the locker room, why would Murphy specifically choose a monster like Rowan ? Murphy acted like he didn’t even know what happened to Reigns, like he hadn’t watched the product this week .. but yet, he can pop Rowan’s name out of thin air? Perhaps Bryan & Rowan are involved in some way, but if they are? It’s probably all Bryan’s doing, with Rowan being used to throw people off.

The #1 suspect for me is ‘The Game’. Why? Did you see how fast he got to Reigns after the car incident? If you want to try and rule yourself out of an investigation, you make people believe it can’t be you. It would be a typical McMahon storyline, with Reigns having to overcome management once again. I don’t want it to be Triple H .. but history tells me that WWE’s attempt to rule out Triple H was too obvious. I’d love to be proven wrong though, because this probably isn’t what the fans want to see.

If Triple H is involved indirectly? Then he riled someone up in to doing something the world would remember them by. Whether that’d be Baron Corbin, Rusev, Daniel Bryan, or even Tomasso Ciampa? He would’ve purposely, or accidentally, encouraged them in to taking Reigns out. Stephanie McMahon could be involved as well, with this storyline leading up to HELL .. IN .. A .. CELL! That’s the endgame here. Whoever it turns out to be, is very likely to face (and lose) Reigns at Hell in a Cell. 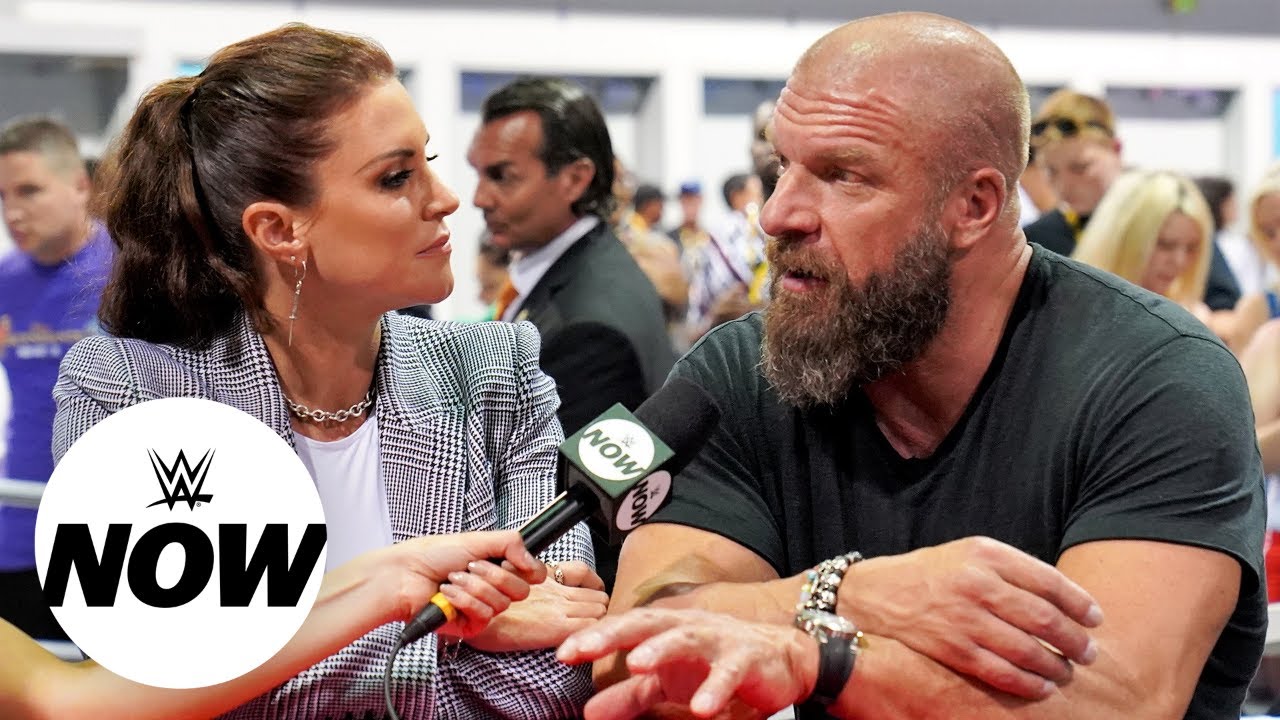 Who do you think it is? Have we got any bold predictions? And should we rule out any of my chosen suspects? If so, please let me know why in the comments. I do love a good mystery, and sadly we don’t get enough of ’em these days. Remember Vince McMahon being revealed as The Higher Power? The Aces N’ Eights in TNA? Rikishi doing it for The Rock? I’m sure there’s many other examples I’m not remembering.

Please let us know who you think is Roman Reigns’ mystery attacker, and I’m sure we’ll find out who’s right at a later date. Thanks for reading! And have a nice day.