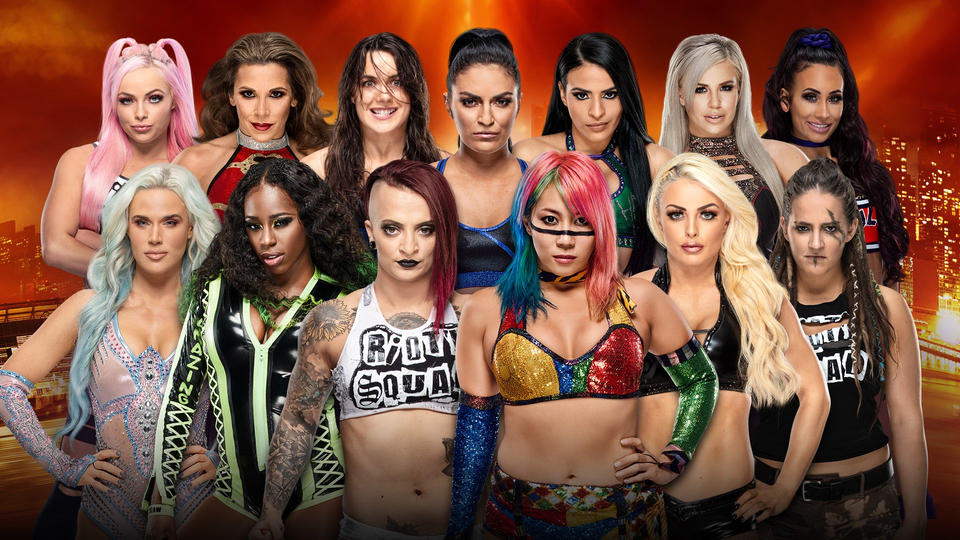 I just want to say that seeing Asuka here is an incredibly sad sight to see. One minute you think she’s going to be entering WrestleMania with a title, and the next thing you know, she’s stuck in a battle royal where all the winner gets is the right to say “I won the 2nd ever Women’s Battle Royal in WrestleMania history!” It hasn’t even been stated what is the prize for the winner. You’d think something like a future title match would be promised, but no. Nothing.

One would think that Asuka is the easy answer. Seeing that she won’t be defending her title at WrestleMania and won’t be inserted into the main event, winning a pre-show battle royal is probably about as good a consolation WWE can give somebody. It’s sort of like their way of saying, “Thanks for being a good sport.” However, I’m actually going to take a swing in left field and say Lacey Evans wins. News has swirled that she may be in line for a big push after WrestleMania, and I think all of her random entrances will be paid off with a WrestleMania win that will kick off a push that she’s supposedly getting. 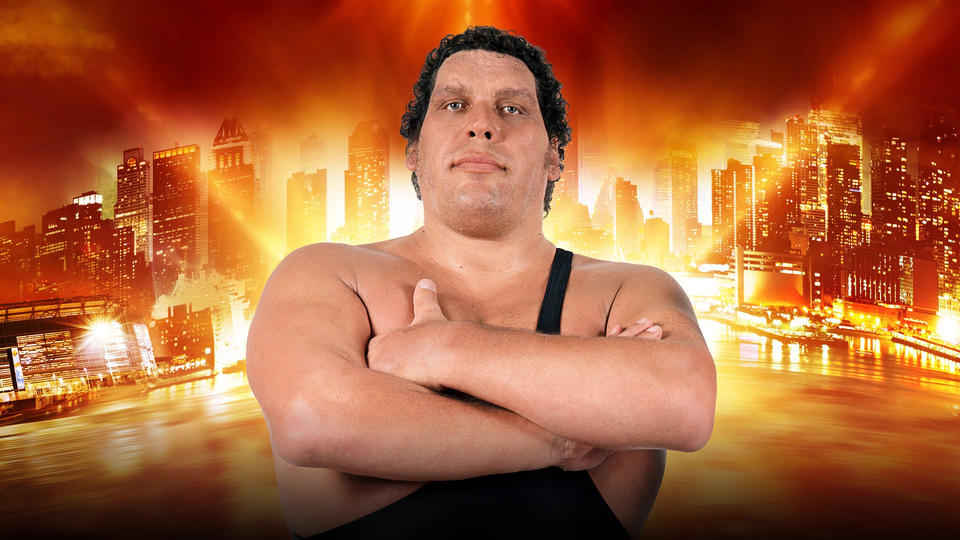 At least the men get a trophy made of butter to hold for winning their battle royal. The primary competitors for this match entail curtain-jerking tag teams and superstars that are not a regular part of television programming. However, the overarching storyline of this match is Braun Strowman’s insipid beef with SNL hosts. There’s nothing exciting here, and the most eventful thing that can happen here is Jost and Che teaming up to eliminate Strowman, which would be the ultimate humiliation of his career and a sign of how far he’s fallen. However, no one else winning the match would make sense unless it’s someone that can benefit from a victory such as Andrade. I don’t see that happening. 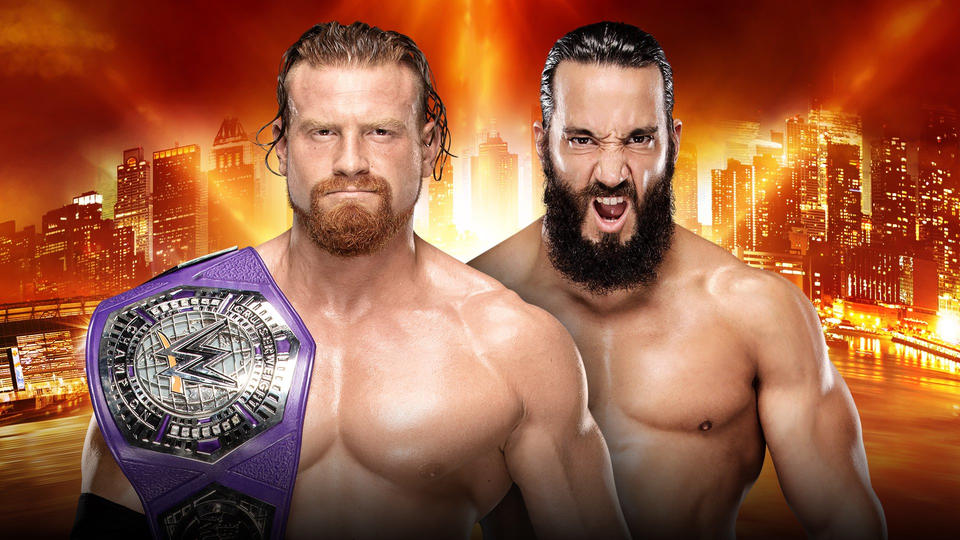 I sincerely hope WWE shows the Cruiserweights some love by giving them a spot on the main card. This isn’t to say that they wouldn’t be great on the pre-show either. The CW Title matches on PPV recently have been killing it, and I for one can’t wait to see this matchup. Murphy has recently been paired up with smaller wrestlers such as Kalisto and Tozawa in recent defenses, but here you have Nese, who looks like he’s chiseled out of granite and can match Buddy’s physicality. This match is a toss-up for me, but I think Buddy’s journey as champion will continue. He’s been fantastic in the role, and I’m not sure I’m ready to move in a different direction just yet. 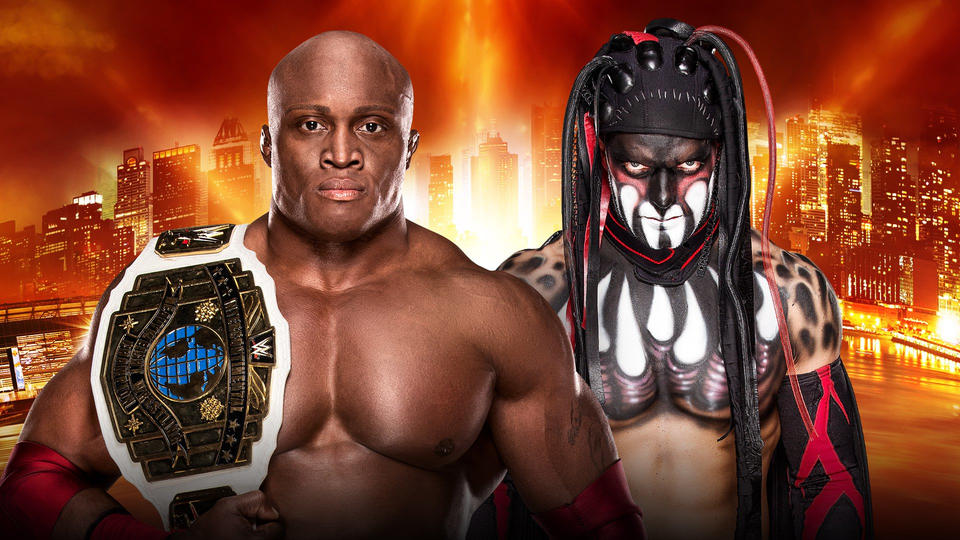 It’s amazing, isn’t it? WWE managed to screw up the only reason to tune into this match. Seeing The Demon persona for Balor is always more entertaining when we don’t know whether or not it’s going to show up. Finn has found himself in the same position that he was at WrestleMania last year, competing for the Intercontinental Championship. He didn’t have The Demon show up there. In fact, we haven’t seen The Demon since his TLC 2017 match with AJ Styles. So why the hell would you spoil the surprise one week before the show?

In addition, this feud (if you want to call it that) is just lazily booked. Finn became the IC Champion by pinning Lio Rush, lost the title back to Lashley in a one on one matchup, and earned a title match at WrestleMania by pinning Jinder Mahal. Lashley then rightfully claims that every time he faces Balor one on one, he has the advantage and that Balor as the Demon is just the same person with teeth painted over his clavicles. Why should he be afraid? Then, when he sees Balor with the paint, he gets scared. All laziness. Needless to say, there’s no way Balor’s losing this.

Sasha Banks (C) and Bayley (C) vs. The IIconics vs. Beth Phoenix and Natalya vs. Nia Jax and Tamina – Women’s Tag Team Championship 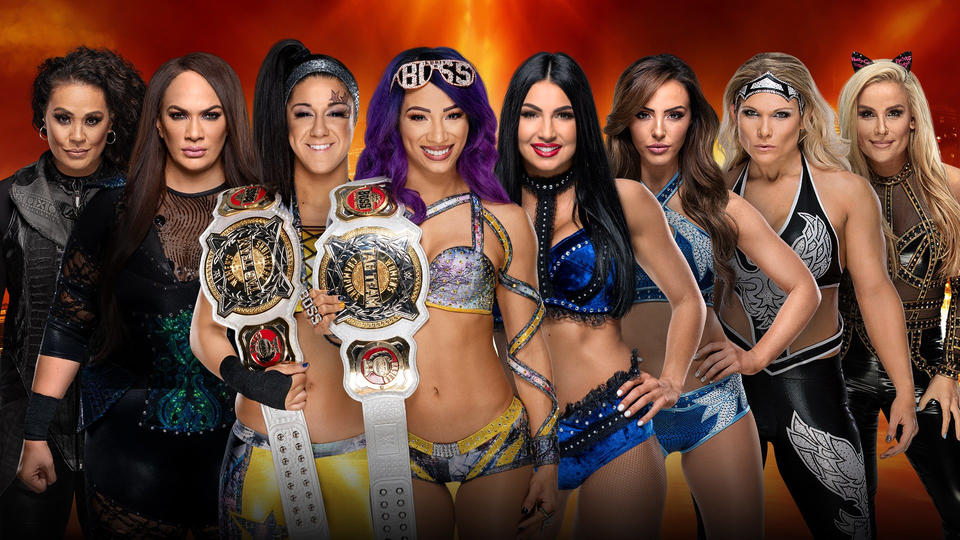 First of all, Nia Jax and Tamina have no business being in this match. Firstly, because they have already lost a straight up matchup with them. More importantly, because they suck. They are just there to pad out the women’s tag team title scene unnecessarily. We can probably cross off Phoenix/Natalya because Beth is actually in the middle of obtaining her Master’s Degree and isn’t going to be here all the time. The IIconics are the intriguing choice here, and they are definitely going to win the titles eventually. However, the old tired trope of WWE having challengers pin the champions right before a PPV matchup works against them. That typically indicates the champions will retain. And I believe they will. 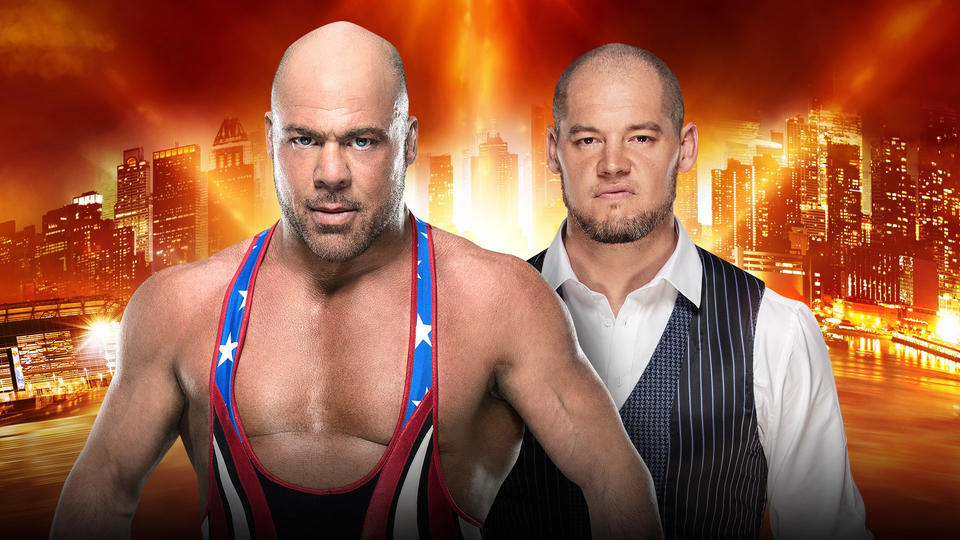 Stories have come out that John Cena will NOT be replacing Baron Corbin in this match and that there is no intention to have Corbin replaced. If that’s the case, then what a sad way for Angle to go out. Honestly, this whole entire retirement tour for Kurt has been a pretty sad sight to see. He visibly just doesn’t have it anymore, and I’m more happy that he will not be competing anymore so I don’t see him nearly kill himself. That cushions the blow of his retirement. I saw him take a simple vertical suplex from Samoa Joe and turned it into a DDT. The WWE Network will always be there to provide me with classics of what he was like in his prime.

Meanwhile, Corbin adds nothing, and I mean nothing to this match. Not only is he clearly not worthy of the distinction of being Angle’s final opponent in WWE, he just sucks period. First of all, he still wears his Olive Garden waiter attire as if he is still in a position of power. He’s also just not an entertaining superstar. So between Angle’s heavily crippled abilities and Corbin’s inability to carry a match, my only hope for this is that it doesn’t overstay its welcome if this is truly the match they want.

Usually, wrestler’s code is that you lie down and take the loss when you retire or want to pass a torch. However, I think Angle should pull a 2002 Stone Cold and refuse to put over Corbin. Baron has nothing going for him, and he’s already beaten Angle before anyways. I’ll say Angle goes out on top, but I just hope the match isn’t long enough for it to be exposed that the two probably won’t have a good match with each other. Fare thee well, Kurt.