Ox Baker is one of wrestling’s greatest heels whose name is being lost to the annals of time. He was known for using the “Heart Punch”, and also for opening a wrestling school in the late-80s that trained The Undertaker (although most know Buzz Sawyer as his main trainer) and others.

Behind the scenes, he was one of the nicest guys you could meet, but was a force to be reckoned with in the ring. He achieved added fame in a movie career that saw him land roles in Jackie Chan’s “The Big Brawl” (1980) and as Kurt Russell’s gladiatorial opponent in John Carpenter’s “Escape from New York”.

In 1974, a serious incident occurred following a match between Ernie Ladd and Johnny Powers. A website called theclevelandfan.com documented it decades later:

“Four thousand wrestling fans were on hand for the highly anticipated match between Ernie Ladd and Johnny Powers. It would be fought as a ‘Texas Uncle’ (one that could only be won with submission holds- not by decision). Additionally, Ladd stood to win $5,000 from Powers if he could extract himself from the latter’s signature hold.

During the match, Powers eventually had Ladd trapped in his hold- the “Powerlock”. It was not looking good for the former football player… until, in a surprise, it became clear that he was about to escape! Before he could, however, something unexpected happened…

A newcomer, Ox Baker, suddenly stormed the ring. Baker was a bushy-eyebrowed, Fu Manchu’d, bald wrestler who had a move that was said to have killed two people. It was his deadly ‘heart punch’. Baker smacked Ladd, and Powers broke loose. Baker sized up Ladd and applied the ‘heart punch’! Powers stalked the two, and Baker laid into Ladd.

A fan rushed the ring, tossing a chair. Powers was there to knock it away. Baker continued his assault on Ladd, and fans began to approach the ring. A couple were said to have brandished knives. They were enraged. Plastic cups and chairs began flying into the ring. Powers and Baker were trapped. Powers made a run for it, breaking through the angry mob. He made a bee-line for the hockey boards, escaping to safety. Baker followed.”

Now, we know kayfabe was in full effect back then. It’s easy to say that the fans shouldn’t have taken it so seriously, but it makes sense given more context. There two major contributing factors to the wrestling heat.

– Following a tag team match in 1971, Alberto Torres passed away shortly after from heart disease. The promotion worked this into an angle to blame it on Ox Baker’s Heart Punch to give him more heat. From Pro Wrestling Stories: “Some sources say that Alberto Torres was already wrestling with a ruptured pancreas. Others claim that he became injured during the match and had a bad heart. But the fact is Torres collapsed during the match and died a couple of days later in Omaha at age 37. A ruptured pancreas and internal bleeding were stated as the official reason.”

– 14 months later in 1972, Baker lost a singles match to Ray Gunkel. Again, much like Torres, Gunkel passed away shortly after from a heart attack brought on by a blood clot. It was worked into Baker’s character, and this was not refuted. Many believed that the move was dangerous and could end the lives of his opponents. 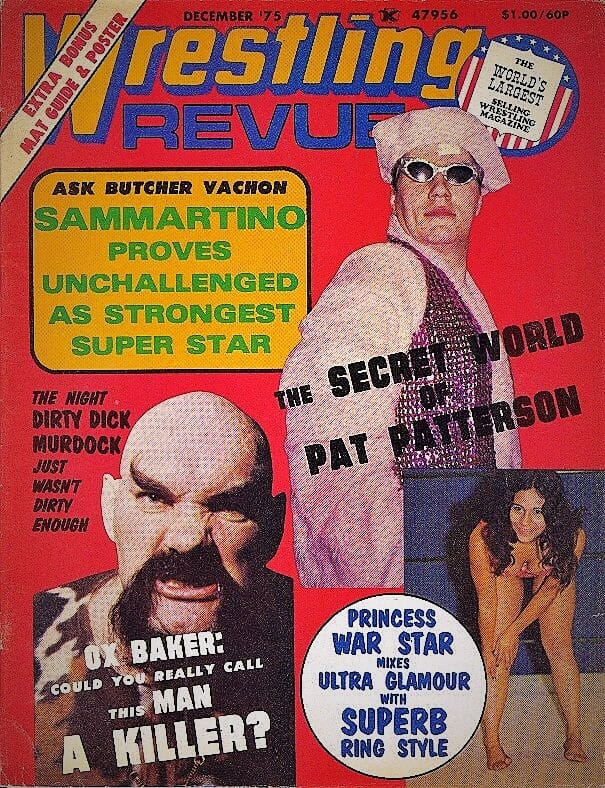 The problem in Cleveland is Ernie Ladd wouldn’t go down. Baker wasn’t meant to execute the Heart Punch repeatedly, but he did so because Ladd wouldn’t sell it so he could make a comeback. 30 years later, Ox Baker stated:

“We’d work him up to a certain point, and then the good guy would bust you back and pop the crowd. I was supposed to run in, hit him a couple of times, and get out of there. What made me mad was he wouldn’t go down. Since he wouldn’t go down, I continued hitting him.”

When Baker found his moment to get out of there, he remembers being scared for his life. The fans loved Ernie Ladd and would do anything to protect him: “They chased me upstairs with knives. They were going to cut me!” – For those who are interested, Jim Cornette covered the wrestling heat and following riot on an episode of his Drive Thru series.

On to the footage itself, you can see Baker rush in and attack Ernie Ladd. The hold is broken and Baker picks him up for the Heart Punch. After three, he doesn’t go down, so he continues. After the fifth, he finally falls to the mat, but Baker does not let up and keeps on throwing the Heart Punch while he’s on the mat. Ladd twitches away and probably sells it too well.

The bell sounds frantically and the referee grabs Baker, but he won’t be stopped. A ring announcer in light blue gets on the apron, as it would usually be time to tell the fans the result. Johnny Powers notices a fan throwing a steel chair into the ring and blocks it. The volume of thrown trash increases. Baker switches to stomping on Ladd’s heart. More chairs are thrown, while the ring announcer intercepts a fan rushing the ring. This is when Baker, Powers, the referee, and the announcer realize the situation and look for a way out.

While they stay close to protect each other, Ernie Ladd slyly escapes to the outside and walks away. As Jim Cornette said, had Ladd turned and attacked Baker & Powers, perhaps the riot would have soothed and they could have fought to the back. This didn’t happen, so he left the heels in the ring because he wanted no part of it. A few seconds later, a fan enters the ring with an object I cannot make out. Chairs are flying and they want nothing to do with the stranger in the ring. Johnny Powers gets on the apron to get out of there, but you can see him being intercepted by a fan.

Powers brushes him off and runs for the exit. Baker isn’t far behind, and if you look closely, he gets smashed hard in the back of the head by what could be a steel chair. Cornette said this gave him a scar that he lived with for the rest of his days. This wrestling heat came at a price.

This is some of the purest wrestling heat we are ever likely to witness. When you’ve convinced thousands of fans that you could legitimately murder one of their beloved heroes in a wrestling match, you can understand how and why it escalated.

Ox Baker and Johnny Powers were lucky to get out of there without being stabbed and killed. To conclude, I’d like to give credit to the sources used, and to ask if you would enjoy reading more stories on the best examples of wrestling heat. Thanks for reading!

Also Read: Top 5 AEW Wrestlers Who Are Killing It With Their Characters