So I was looking through the official match card for Hell In a Cell, and at this very moment there are, *checks notes*, 4 advertised matches for tomorrow’s Hell In a Cell PPV. This probably means that we are either going to have over half the card filled with last minute spot holders, or each cell match will go an hour long each.

Either way, for what we have, let’s go through each match on the presently short and barren card. 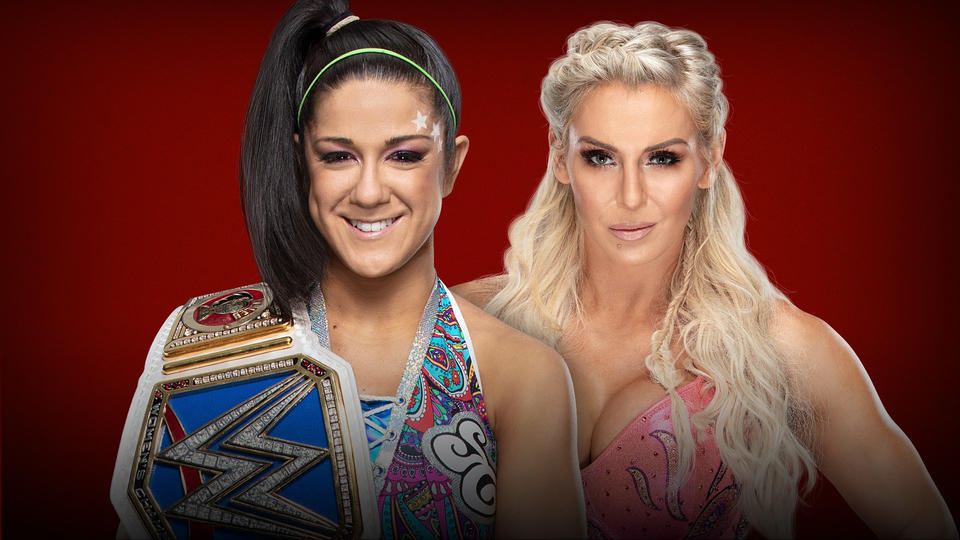 The old, “Let’s build a match by having the challenger defeat the champion right before a PPV” trope never fails. One wold think that with Bayley’s loss on Friday, this would mean that she will be retaining. After all, she couldn’t possibly lose to Charlotte twice in a row, right?

This match is tougher to predict than people think, and I’m not convinced that Bayley won’t lose to Charlotte twice in a row. This all has to do with the looming draft next week. They may want to start out strong on FOX, and WWE may be inclined to give Charlotte the rub.

Of course, this isn’t to say Bayley isn’t worthy of carrying that mantle. However, Charlotte is going for her 10th women’s title reign. It may be too good of an opportunity to pass up. In addition, Bayley got one over Charlotte at Clash of Champions by cheating.

Initially, I was thinking that both Bayley and Sasha would leave Hell In a Cell as women’s champions. However, since the wildcard rule will be ending after the draft, they wouldn’t be together to rub it in anyway. I’ll take a gamble here and take Charlotte.

Roman Reigns and Daniel Bryan vs. Luke Harper and Rowan 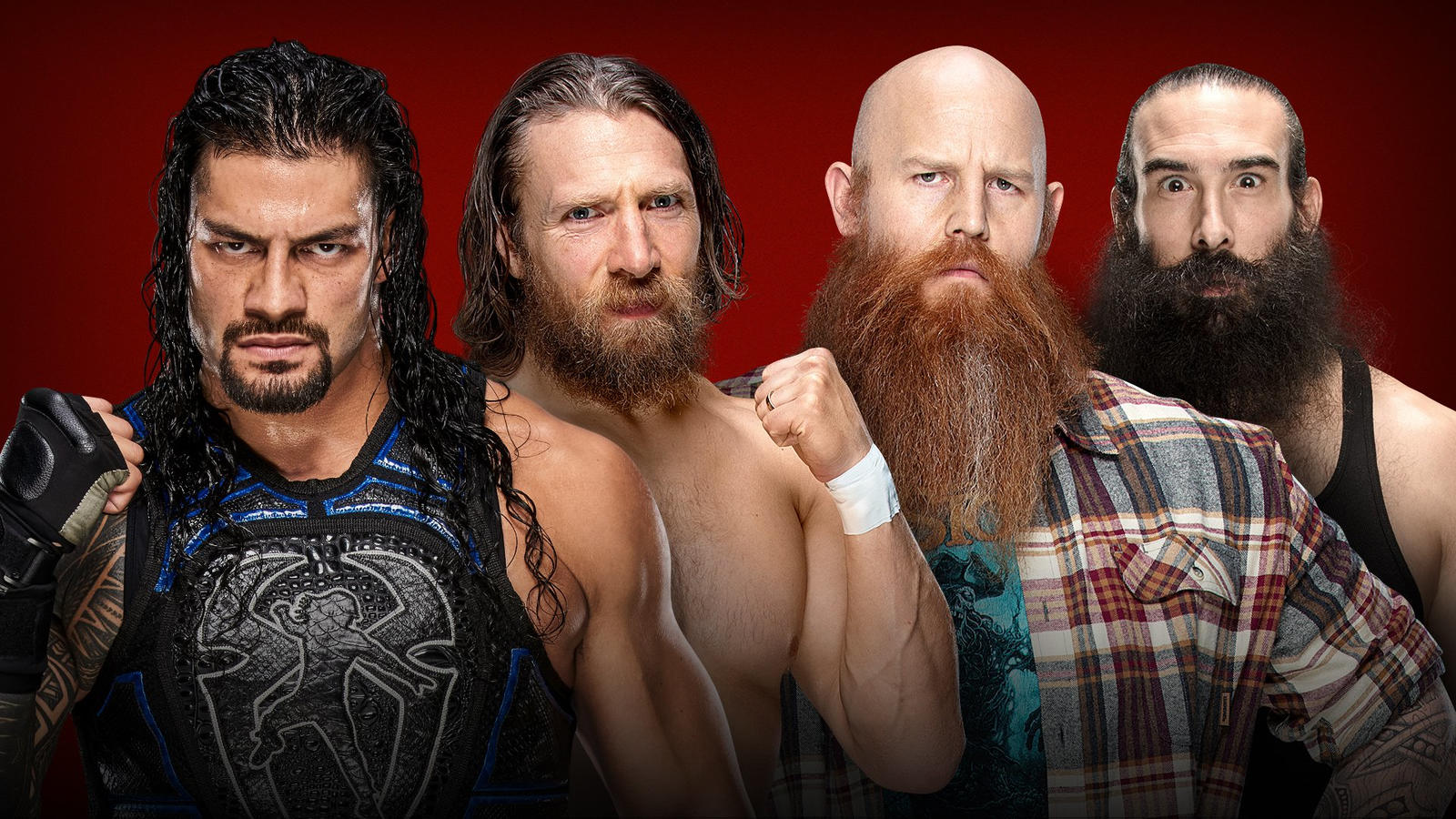 If you ask me, everything in my gut is telling me that Daniel Bryan will turn on Roman Reigns. I’m not buying that Daniel is turning into a heel. Actually, I believe this entire shtick with Rowan and Bryan is a deliberately planned rouse from the start that will lead to Roman facing Daniel Bryan down the line.

Think about it. How did this entire saga get started? Well, it started with Roman Reigns having someone secretly wanting to murder him. Bryan and Rowan conspire to make Roman believe that it wasn’t Rowan who did it. In fact, they get a 99 cents store version of Roman to throw him off. Eventually, it is revealed that it was Rowan who did it, even though Buddy Murphy told us from the start.

Are you trying to tell me that Bryan was completely oblivious in Rowan’s actions. I believe that Bryan will turn on Roman, and it will be revealed that Bryan was conspiring to hurt Roman all along. That’s right, the storyline with Bryan and the Wyatt Family from over 5 years ago will come full circle, and a new faction of Bryan, Harper and Rowan will be formed.

Or, of course, we can be boring and just have Reigns and Bryan win a tag team match, ruining Rowan and Harper’s momentum. Take a guess at which scenario I’m picking. 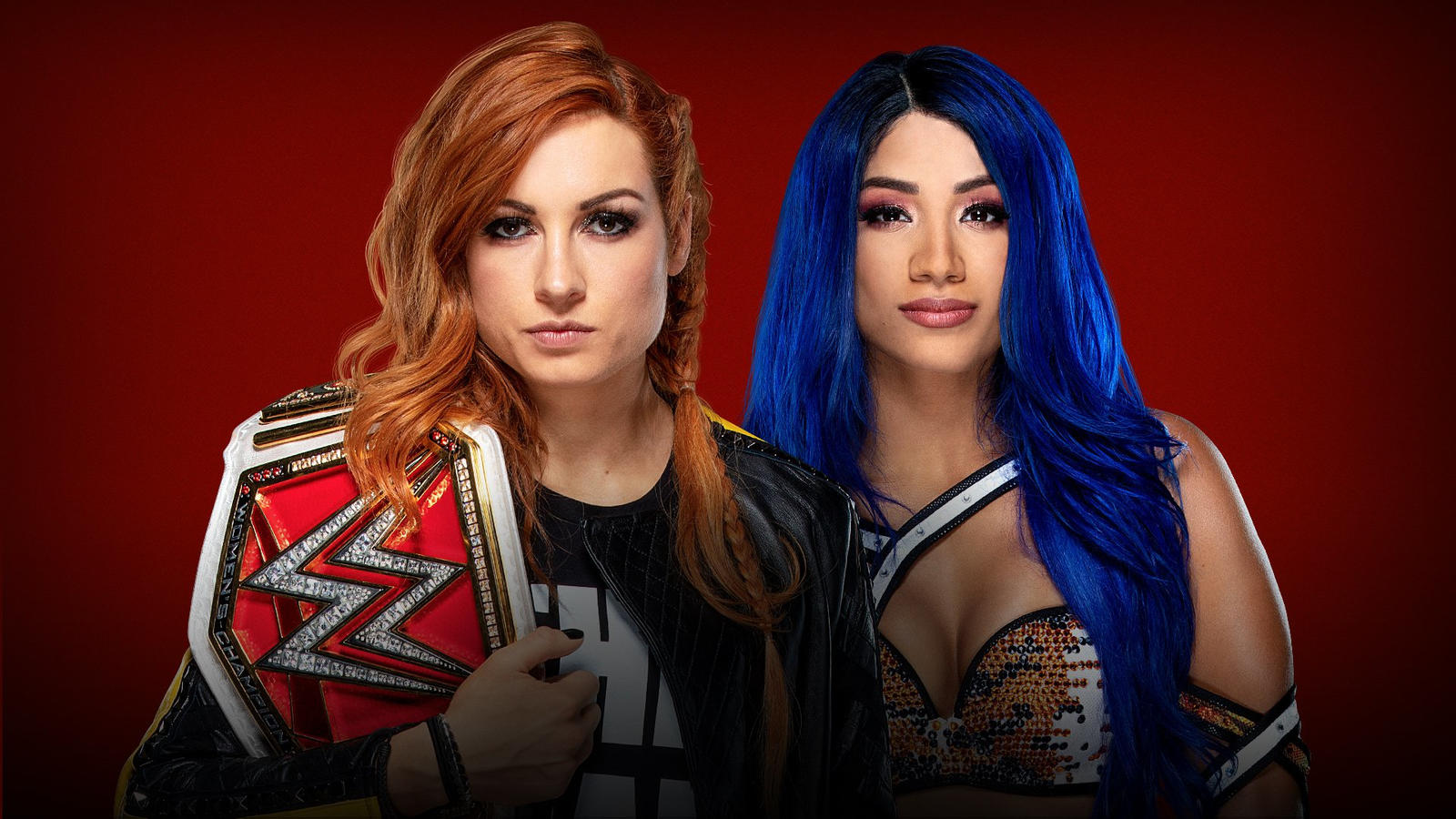 These two had a pretty solid match at Clash of Champions. I am expecting this match to be awesome. Between these two, I have loved the intensity, and I got flashbacks to when the genesis of the Four Horsewomen just started.

As for the winner of this match, the natural progression of this storyline convinces me to say Sasha will be winning. Becky has been a fine champion, but I do believe it is time for a change in direction.

In addition, it wouldn’t reflect well on Sasha if she were to lose here. She loses the tag titles at WrestleMania. Then, Sasha takes a sabbatical from the company after a self-imposed protest with Bayley. She returns to take names and ascend back to the top, only to lose to Becky? I’m not buying it.

My line of thinking is that Becky and Charlotte will be the faces of the SmackDown women’s division after the draft. That means Sasha would be winning. Banks hasn’t been women’s champion since the summer of 2017, and that title reign lasted about a week. I think she’s about due. 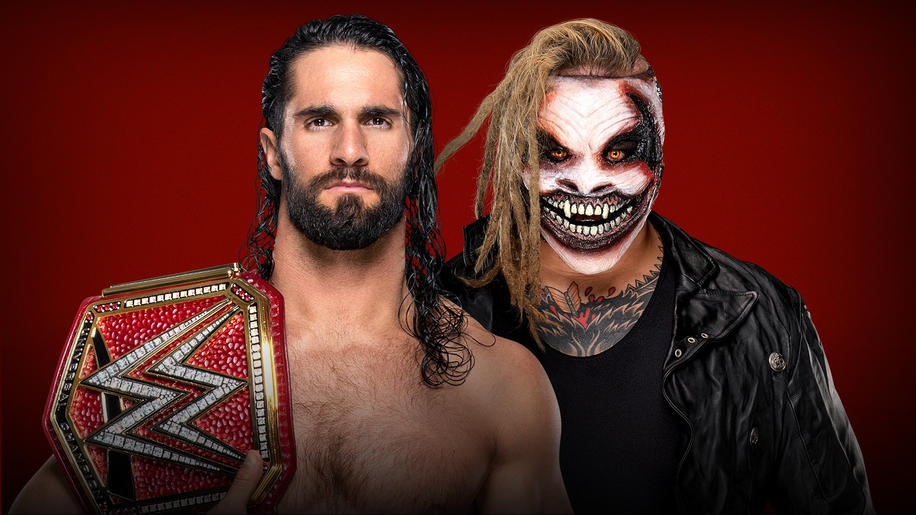 Can we all agree that the only logical outcome of this match should be The Fiend destroying Seth to within an inch of his life and leaving him traumatized? The build to this feud has been fine, albeit a bit repetitive.

It’s basically just been Bray getting the better of Seth after the lights go out. I’m not saying that Seth should have gotten any clean offense in, but at least adapt to the situation. The least you could do is high-tail it out of the ring or at least hold a weapon in your hand when you see Bray coming.

If Seth walks out of this Sunday’s PPV with the Universal Championship in tow, then it will effectively be one of the worst booking decisions in WWE history. There is absolutely no way you could reinvent Bray to this degree only to not pull the trigger.

Some say it is way too early to give Bray the title, and to an extent I agree. While you want to capitalize on a gimmick that is clearly over with the crowd, you also don’t want to book yourself into a corner. If Bray wins, you are going to have to spend considerable time building up an opponent that can feasibly defeat an other-wordly monster that has taken out adversaries with ease.

If you DON’T put the title on Wyatt, or in the worst case scenario, have him somehow lose, you are doing yourself a tremendous disservice. It actually makes me wonder how long they are willing to make this match. Right now, there is only 4 advertised matches. Unless they are planning to allow The Fiend to destroy Seth for 20 minutes, the match shouldn’t be too long either.

If WWE’s creative team collectively has half a functioning brain cell, there is no other outcome that should be acceptable other than The Fiend becoming Universal Champion.