Daniel Bryan and Rowan vs. The Usos 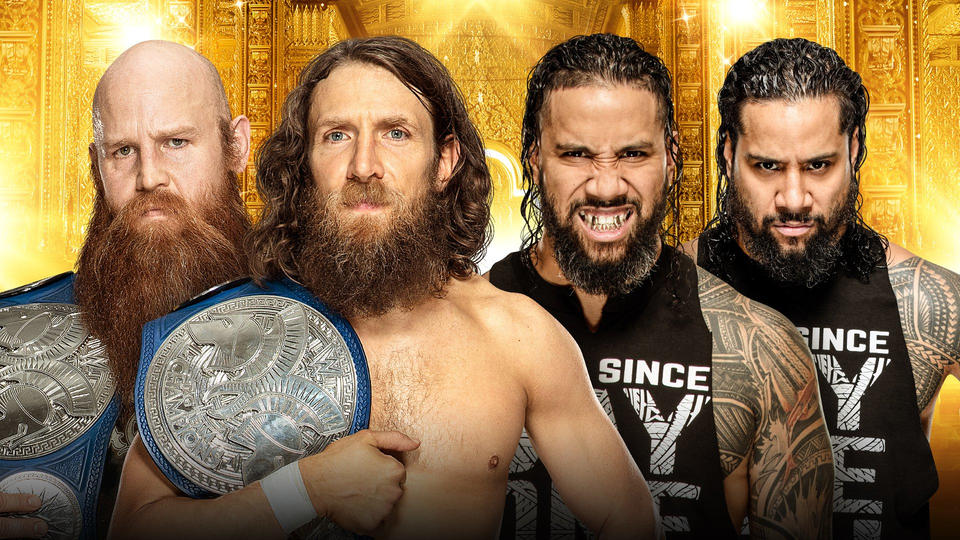 I won’t complain about this match being on here because these two teams killed it in their match last week. But I will say that there is also no reason to have this match other than to fill time. It feels like The Usos have been featured more on Smackdown since coming to RAW. I understand the new “wildcard” rule technically permits this to happen but isn’t that rule only meant to be a temporary allowance weekly? They should be more focused on establishing themselves on their native brand.

Bryan and Rowan already defeated them, and I see no reason for them to lose. 50/50 booking is one thing, but having your SD Tag Team Champions lose to a team on the opposite brand wouldn’t bode well for them. I am sure they will have another hard-worked match, though. 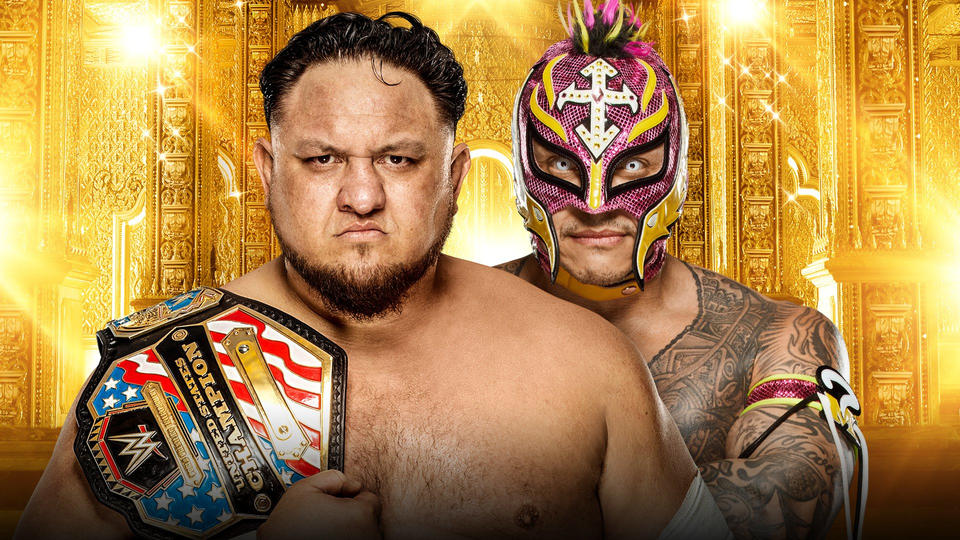 The biggest factor in this “feud” has been the involvement of Rey Mysterio’s son, Dominick. Here’s the thing. Rey Mysterio pinned Samoa Joe in a tag team match before WrestleMania. Joe squashed Mysterio at WrestleMania. Rey beat Joe a couple of a weeks ago. So now, we are doing this again. There is no feud in this match outside of two people getting wins over each other and the typical pinning the champion before a PPV routine. It’s a shame because Rey has proven he still has plenty of high-quality performances in him, and Joe is a terrific performer when used correctly. The problem is that there’s no reason to care, and also little reason to expect anything different other than Joe retaining once again.

Mysterio only needs to win the United States Championship to become a Grand Slam Champion in his WWE career, but it’s rare when WWE will have someone get pinned clean before a PPV, and then have the champion lose once again. I say Joe retains here. I did like the fact Mysterio got a competitive win against a freak of nature in Cesaro, but Joe has proven himself to be a different animal. 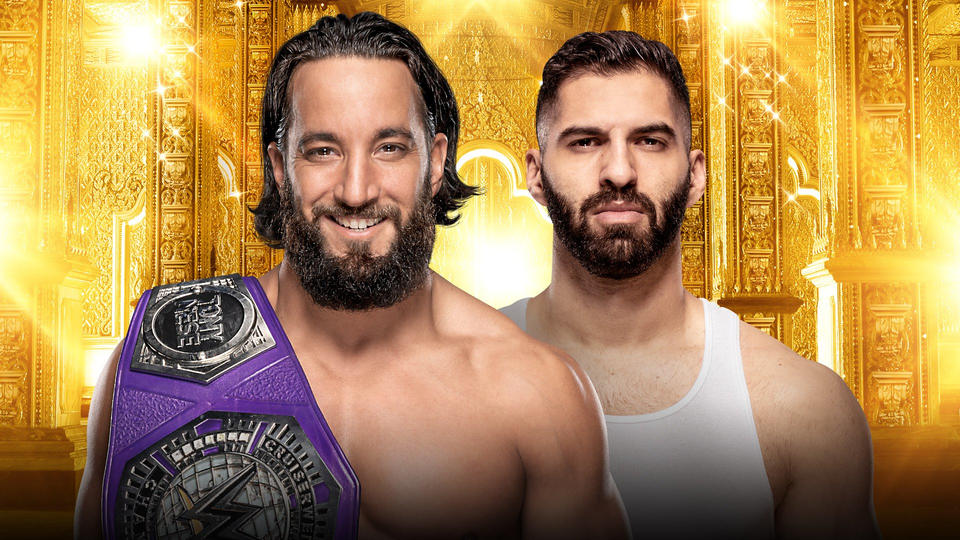 I’ll be honest in stating that I have not paid much attention to 205 Live since Buddy Murphy got the nod to come to Smackdown. It just does not feel the same without him. That said, it’s safe to assume that Nese is not going to lose so quickly after just winning at the previous PPV. My guess is this match is going to get bumped to the pre-show.

This match will also go a long way in determining if I ever get back to watching 205 Live on a regular basis. With Ali, Alexander and Murphy transferring from 205 to the main roster over the past year, it is a new generation. We’ll see what they are made of. I have Nese retaining. 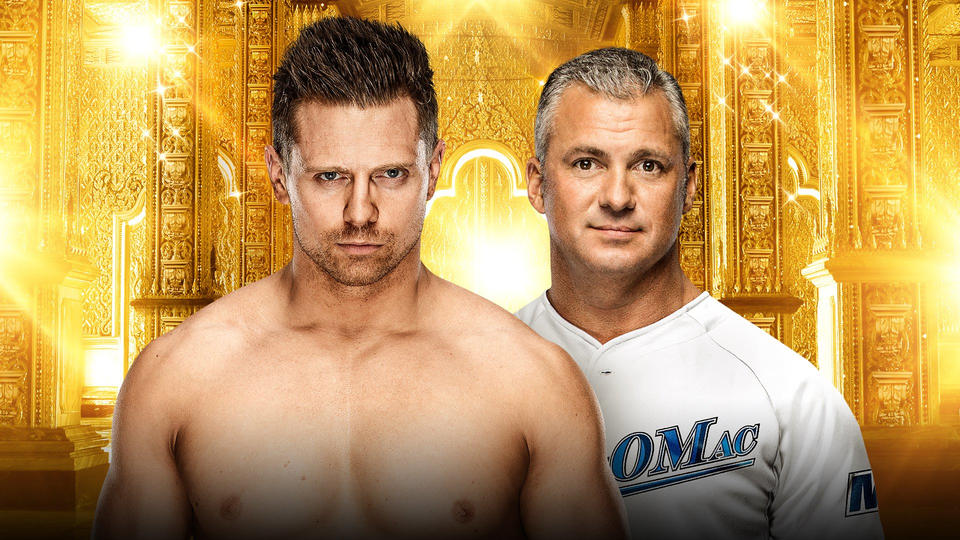 If I’ve said it before, I’ve said it a thousand times. I just don’t think Shane McMahon should be in singles feuds in the Year of our Lord 2019. This isn’t to say he is a horrible worker, per say. However, he just isn’t believable as a competitor. Hell, his WrestleMania win was the clear definition of a fluke. So this feud is still centered around Shane punking out Miz’s dad, and The Miz still wants revenge. It’s an okay story, but The Miz could be doing something much more productive.

I honestly cannot wait for The Miz to move onto something else, and I hope it is centered around something that will gradually get him back to main-event status. Since Shane got the win at WrestleMania, it seems only fair to give The Miz a win back. We all know this match will be centered around what new way Shane will try to almost kill himself. We shall see, indeed. I have The Miz winning, but I honestly wouldn’t be surprised if WWE gave Shane two fluke victories in a row. 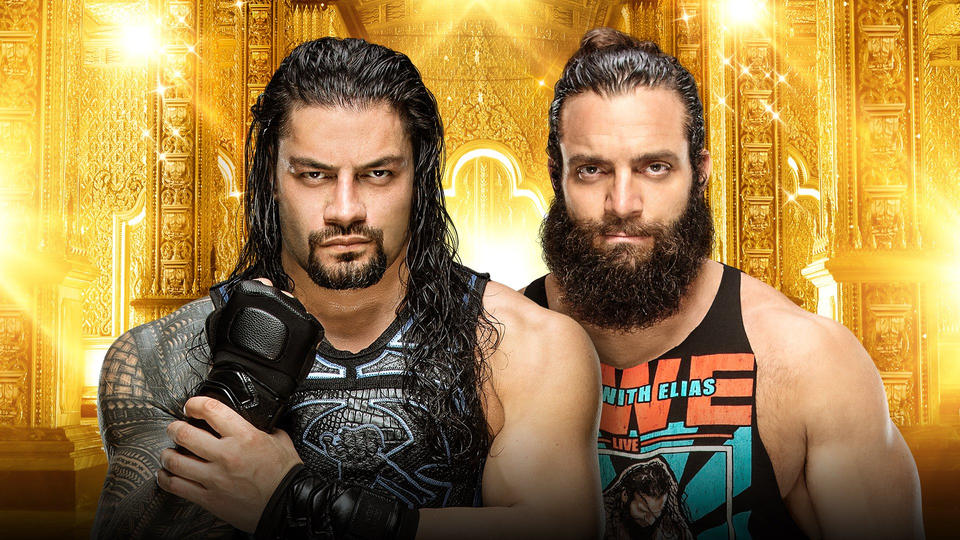 To be honest, I do not even know why these two are feuding either. This just seems like giving Roman someone to feud with just for the sake of feuding with him. Also, with Roman bouncing on RAW and Smackdown each week, I believe we are moving slowly closer to WWE re-unifying the brands again. It all starts with periodic superstars from each brand crossing over, and it has already started.

As for Elias, well, God bless him. He hasn’t really done anything on Smackdown as of yet in a context that doesn’t involve him serving as Shane McMahon’s muscle. Roman is a heavy favorite here, and while Elias is certainly talented, I do not expect him to pick up the victory here. This seems to be another stop on the Roman Reigns comeback tour. Unfortunately, I’m fearful that we will get a long, drawn-out match that makes us believe Elias actually stands a chance here. 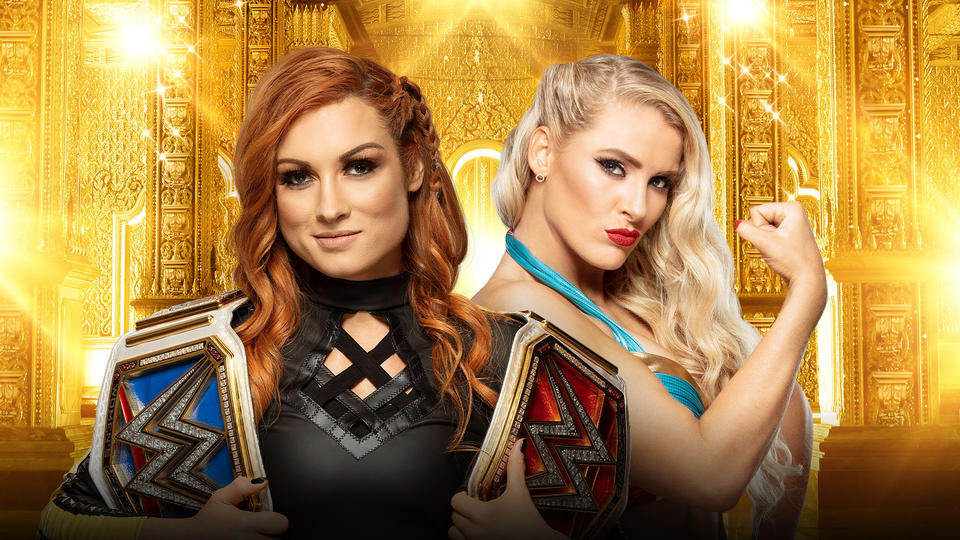 Becky is set to become the first superstar to defend two titles in one night since her boyfriend Seth Rollins defended the WWE Title and the United States Title at Night of Champions 2015. He emerged with only half the belts he came in with.

While I am afraid that Becky Lynch’s double duty will make the women she defeats look weak by comparison, I do like the contrast in styles in what Lynch is facing in Evans and Charlotte. In Evans, she has a relatively new opponent that she knows little about in the ring. She may not be able to fully anticipate what Evas can bring to the table, and Evans is looking to make a statement.

Whereas Charlotte is a familiar foe for Charlotte, as the two probably know each other like the back of their hands at this point. While Evans is getting her first shot at being champion, Charlotte is looking to add her 9th title to her mantle.

My answers are heavily contingent upon whether Evans or Charlotte will go first. I think it’s too early to give Evans a victory, although an upset wouldn’t surprise me. I suspect with Evans, Lynch will escape her more than defeating her straight up. RAW’s Women’s Division is incredibly top-heavy and lacking credibly competitors. That’s why it is important that Lacey be protected here. So, I say Becky retains for now.