In 1989, the AJPW Triple Crown was formed and represented by three championships, the PWF Heavyweight, NWA United National, and NWA International Heavyweight titles. Wrestlers fought and carried the three titles for decades.

In October 2013, the new belt was introduced with three plates representing the original titles. While the design is amazing, the championship has lost prestige in recent years as New Japan dominates overseas. In 1986, Stan Hansen destroyed the original AWA title before leaving AWA, forcing the promotion to come up with a replacement. Instead of opting for a carbon copy, they introduced a complete redesign and awarded it to Nick Bockwinkel. Five champions were crowned, as the title remained the most coveted prize til AWA closed its doors in 1991. The CMLL Universal Championship was introduced in 2009 as an annual trophy. The champion is crowned each year in the promotions biggest tournament, and so far has crowned six champions (Último is two-time champion).

The title is not defended til the following years tournament, and no champion has defended it successfully. Despite the wait between tournaments, it’s still held in high regard. CMLL is one of the longest surviving wrestling promotions in the world, and I think their design of the Universal Championship is different, yet worthy.

The IWGP Heavyweight title is one of the most prestigious in Puroresu. WWE Hall Of Famer Antonio Inoki was the first champion crowned in 1987. Many classic matches over this belt, including the more recent encounters between Tanahashi and Okada. The title has had four redesigns, leading to the current design shown below. 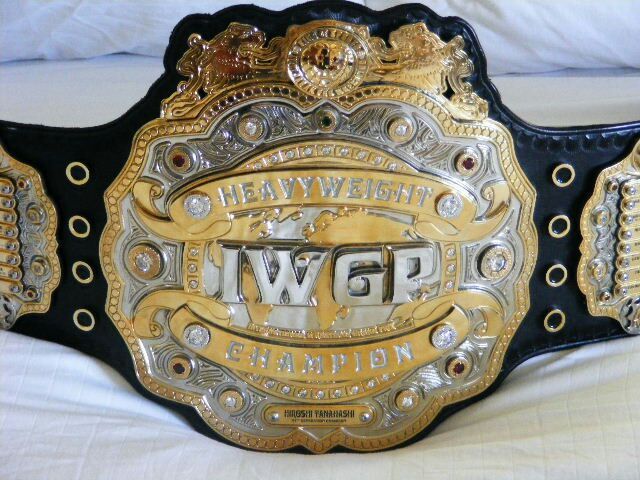 The NWA Television title was different to most as it adopted a red design with plates advertizing TV networks. WCW used the NWA-sanctioned belt from the mid-80s to 1990 before dropping the red strap for the black. A year later, WCW left the NWA and introduced new title belts. Remains one of the longest-serving World Championships in the wrestling business, having being created from the Original World Heavyweight title in 1957. The design has been tweaked only slightly over the years, making it one of the most recognizable. A simple, yet effective old-school design. Will it ever make a comeback?

Starting to wish they brought it back? The classic chunk of gold that is the Big Gold Belt is a fan favourite. WWE tarnished the perception of it by handing it out as a secondary title for years before finally unifying it into the current WWE title. One of the best? I wouldn’t argue.

While the NWA/WCW title lineage ended, WWE redesigned it slightly and kept the “Big Gold Belt” look for the new “World Heavyweight Championship”, which would be defended on Raw while Smackdown showcased the Undisputed WWE title. The Big Gold Belt remained til 2014, even after Randy Orton unified the titles. WWE introduced a belt shortly after for Brock Lesnar, and the Big Gold Belt was retired at the same time, possibly to be never seen again on television. 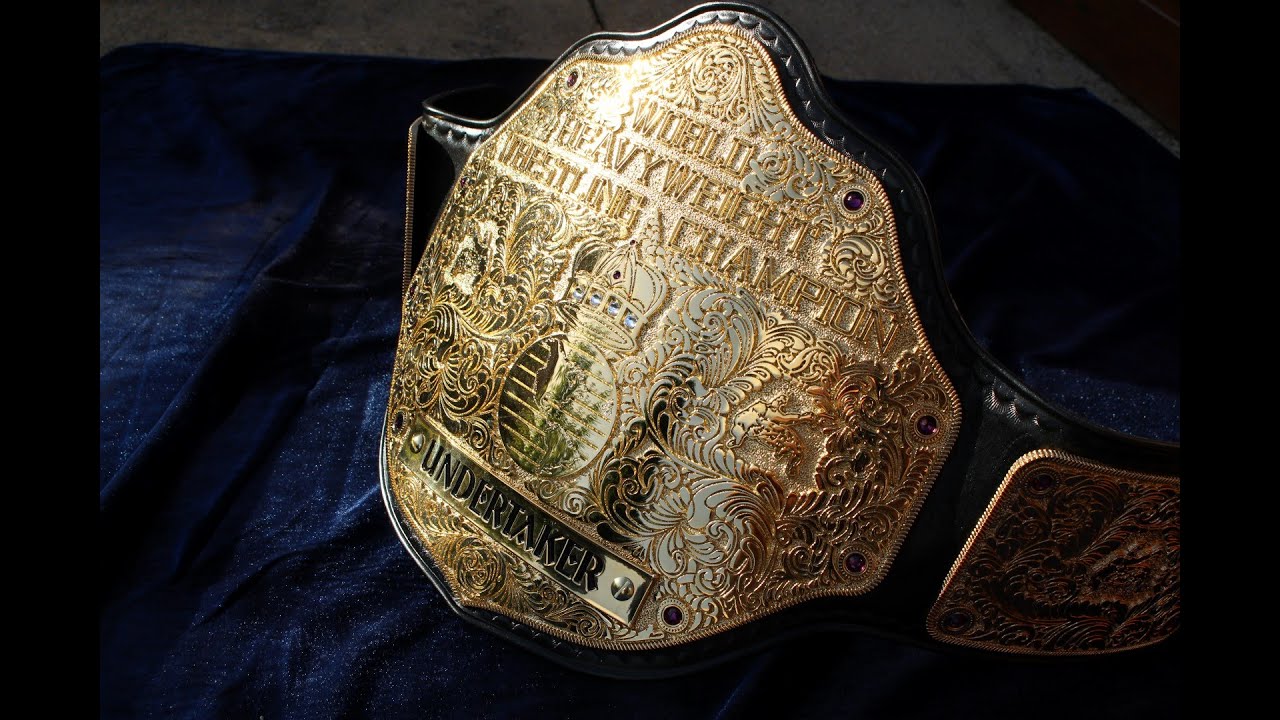 The belt was designed to be one of the first women’s championships back in the 50’s. Not only that but it was customizable, as can be seen with Moolah picture inside. The picture of Moolah changed through the decades as she defended the belt in the NWA, and later, in the WWF with no serious competition. The belt was redesigned when Moolah’s dominance dwindled, but she kept it as a trophy, and it remains one of the most beautiful and classic women’s championships of all time. RIP Moolah. I only recently stumbled over a picture of this custom-made ROH World Championship for Jay Briscoe. The camo strap and design remind that custom belts “can” be good if done properly. Perhaps the best I’ve seen since the Smoking Skull belt. Now this is a women’s championship! This title was deserving of women’s wrestling. Talent like Gail Kim, Awesome Kong, Taylor Wilde, Roxxi, The Beautiful People, ODB, and many others put the Knockouts Division on the map by working competitively.

The real women’s revolution started in 2007 when Gail Kim won the title in a tournament. Since then, Gail Kim remains the most dominant in TNA history, having a combined reign of almost two years. Sadly TNA redesigned it last year, and it doesn’t have the same appeal anymore. 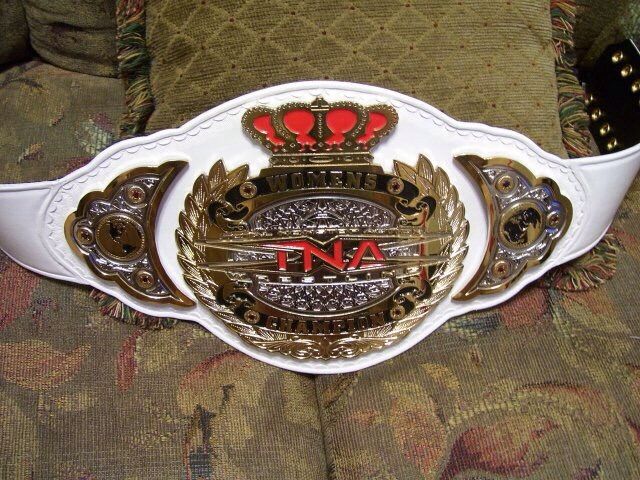 When TNA parted ways with the NWA in 2007, they introduced the first TNA World Heavyweight belt. I tried to find a better quality picture, but they are hard to find so forgive me.

The original belt was my favourite. I wish they kept it … not because I loathe the current, more because I prefer it. You could say it was TNAs version of the “Winged Eagle” design which has featured on many belts over the years.