I have to admit this one is a mixed bag. Some either loved it, or found it in bad taste. Jerry Lawler suffered a real heart attack, and what I personally found disturbing was the fact they had a cameraman on hand to film medics reviving Lawler, and showed it to the live audience upon his return.

Lawler agreed to have his heart attack become part of an angle. He also agreed to allow WWE to sell t-shirts. Wrestling has used fake heart attacks in the past, but I can’t recall anyone mocking a real one to get heat.

And that’s all it was for .. to get Punk and Heyman cheap heat. Some would argue it was “edgy” and reminiscent of the Attitude Era; I don’t agree. Back then, WWE catered to a mature audience and needed to be edgy and controversial to make their shows must-see, and the competition with WCW forced them to do anything and everything to survive.

This time they were being edgy for the sake of getting fans to boo Punk and Heyman .. like they couldn’t get the heat themselves through other means. It’s incredibly telling when they have to resort to mocking someone who almost died at ringside. Steve Austin agreed that while he understood why they did it, it didn’t feel right (even if Lawler approved) and certainly did not get them enough heat.

It seems there was a split in reaction between fans and talent. Many wrestlers in the business stated it was “old school” and everyone was talking about it; a success. Some fans said it reminded them of the old days as well, while others blamed Vince McMahon for approving it. Remember this happened after several years of watered down product due to Linda McMahon’s campaign, so it was more shocking as they’d not tried anything like it for a long time.

I love Heyman, and Punk. I appreciated their work as a team, and felt like they were getting decent heat already. Once again Vince incorporated a real-life instance in to a wrestling angle, and looking back on it I still feel like it was completely unnecessary but not as offensive as other promotional tactics in the series.

Exploitation Of The Death Of Paul Bearer (2013)

Yet again another angle, but this time at the expense of the Moody family. Bill Moody AKA Paul Bearer would have approved of most of this, but it still left an uneasy feeling with his immediate family.

The angle was fine til the moment Punk started dropping the urn. He mocked, and eventually poured his ashes (which was more like sand actually) over The Undertaker. It made sense to use the late manager as a heat device for Punk, it made sense as a story, but certain things did not translate as the Moody family expected. I remember loving it when Heyman came out dressed up as Bearer, that was one of the good and memorable things to come out of the feud.

Luckily it went to Wrestlemania and Undertaker picked up his last win in the streak; dedicating it to his lost friend. You could see the emotion on his face, it was a special moment. But yes, even Punk criticized creative around the time, despite telling fans that nothing was off-limits. Just another incident which makes you question how far WWE will go to make money. As one commenter said: “I cannot believe Vince McMahon would use the demise of a human being for financial gain……said no worker ever.”

Remember when the WWE Network came out? Remember when the commentators used to call fans “idiots” for purchasing PPV at full price? I do. Imagine if this was any other company in the world (with real competition) and they insulted their paying customers on television? Wouldn’t go down well. Some might just stop paying and go to the competition. But it’s WWE .. they can do what the **** they want! They will take your $50+ you paid and insult you in the process.

The biggest issue was that not everyone had access to purchase the Network so the only way they could buy PPVs was through traditional methods. So when a family (or bunch of friends) all chipped in towards it then gets insulted by the commentators .. it’s not the best way to keep customers. Think about public houses (not everyone watches it at home on the sofa) and other places who may purchase the PPV at full price as there’s no point having a monthly subscription to a channel no one’s watching? Are those destinations wrong for paying full price for the benefit of their customers? According to WWE they were. 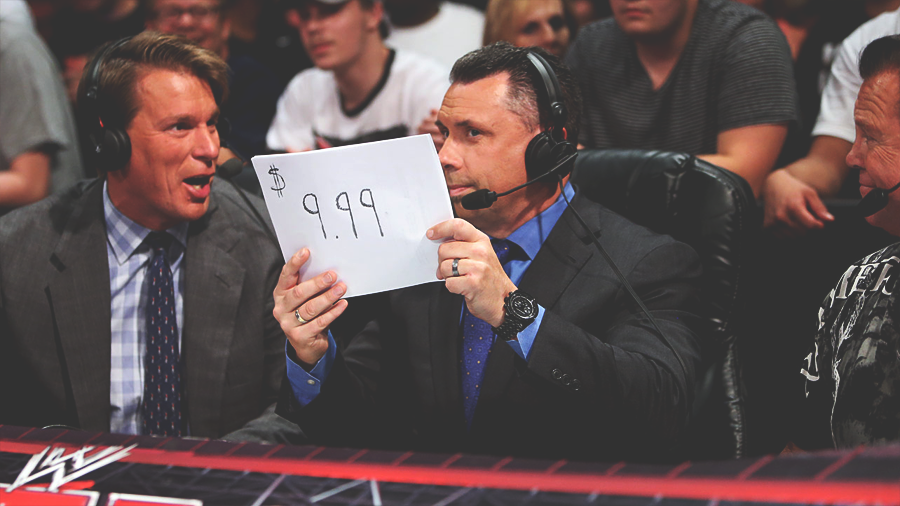 Ok I’m fed up with death being used in angles. When has it ever worked? When will mentioning someone who has died going to get the wrestler who said it sufficient heat? Never.

So when Paige challenged Charlotte for the title, Charlotte said she was going to dedicate it to her late-brother Reid. Paige responded with “your little baby brother, he didn’t have much fight in him did he?”.

Reid died in 2013 of an accidental overdose of prescription medication. The angle was not personal enough for such a remark, and it was reported the Fleihr family had not been notified beforehand. The angle was quickly dropped and never mentioned again. Paige, who had not been featured much since her feud with AJ Lee, was featured even less after losing to Charlotte.

Thanks for reading everyone! Just some examples on how not to conduct business. WWE wins first place for having 20 promotional tactics in the series. WCW came in second place with 6. World Class Championship Wrestling came in third with 4. I will be doing one last piece to highlight other incidents which the Wrestling Observer Newsletter did not vote in during their respective years.