A smaller wrestling company who runs local shows and usually employs freelancer talent instead of signing them to contracts. Wrestlers who make a name for themselves in “the indies” are known as “Indy Stars”.

A term used in WWE to reference a match which includes wrestlers from different shows during the brand extension. (Raw/Smackdown).

When two or more wrestling promotions agree to a match or event involving talent from each roster. The biggest interpromotional alliance at the moment is the exciting partnership of Ring Of Honor and New Japan Pro Wrestling.

When wrestlers from a rival promotion attempt to take over their opposition’s show. This is normally done in a kayfabe storyline, although there have been examples of real invasions, like XPW’s pitiful attempt at hijacking an ECW PPV. Anyone who logs online to talk about professional wrestling on social media platforms and websites are part of the IWC. Sometimes used in a derogatory way, like “internet fans cheering for their indy darlings again”. This isn’t true, as casual and hardcore fans use the internet, and they come in all shapes and sizes so I don’t understand why “The IWC” are judged because we use the internet to discuss what we enjoy just like fans of movies, TV shows and sports. IWC should be a positive term bringing wrestling fans together; not used in arguments to belittle others opinions. Fans are everywhere whether they choose to go on the internet or not.

Originally used by The Iron Sheik and later popularized by The Rock, the orignal meaning of Jabroni was simply another word for jobber. The Rock added new meaning to it by referring to anyone he deemed to be a loser as a jabroni . There’s also a “Jabroni Drive” which includes a “Smackdown Hotel” in one of The Rock’s songs.

To job means a wrestler loses clean to another wrestler and makes them look good and/or strong in a short match. To job out does not mean losing a main event after twenty minutes … it means losing quickly after taking most of the punishment.

Wrestlers who are hired to lose matches regularly are referred to as jobbers. As stated in G-H, a glorified jobber is a mid-card talent who wins matches against jobbers and other mid-card talents, but always lose to the top stars Joshi puroresu is what the Japanese call Women’s Wrestling. Male wrestling is Puroresu, while women’s wrestling adds Joshi before puroresu. It can be shortened to Joshi Puro.

Usually refers to blood from the forehead. Also referred to steroids, although I think the term is getting old and is likely to be used by wrestlers than anyone else. To give the illusion professional wrestling and it’s storylines are real and not scripted. Wrestling promotions strictly kept kayfabe before the mid-80s, as the way they made it look and sound real were trade secrets to the promotions and wrestlers. Newspaper articles would try to break kayfabe by pointing out the inconsistencies and label wrestling as fake and scripted.

It wasn’t til Vince McMahon’s WWF took control of the wrestling business did the effect of kayfabe come under scrutiny. One of the first major incidents to break kayfabe was the infamous “Curtain Call”, when members of The Kliq hugged it out at the end of a live event despite being on opposing sides in kayfabe.

When a pinned wrestler uses their legs to power out and the force lifts their shoulders off the mat.

To make the decision to diminish or eliminate heat for a wrestler or event. A wrestler may have their momentum killed by jobbing too many times in succession. A house can be killed by too many screwjob finishes, or an event running longer than intended. May also refer to ending a match prematurely due to poor crowd response. 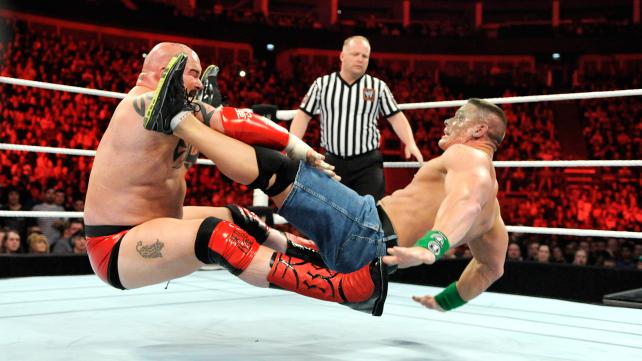 That’s all I got for today, apologies if it was a little short. I’ve looked ahead and K-M is going be bigger so there’s that to look forward to. Also the third volume of The Best Of British is lined up so I hope to see you then. Thanks for reading!