A mistimed move or series of moves. May also be called a “Blown Spot”, or “mis-selling”. May also refer to a move which appeared really light.

A money match is a highly promoted non-title match with the same importance as a main event and may be the main selling point for a PPV.

A money promo is a backstage interview or hype video which is so good it can draw fans to a PPV by itself.

A money mark is someone who wants to get into the business and uses their money to invest in a wrestling promotion despite not knowing (or caring about) the financial risks.

An extremely powerful wrestler who seems unbeatable and squashes opponents. While it doesn’t have to be, monsters are usually giant men portraying heels. “Monster Heel” is a common name for them. They are intimidating and/or grotesque. André The Giant is the most successful monster of all time.

Continuing on from Manager. A mouthpiece is a manager who is chosen to talk on behalf of their client because they are able to articulate and draw heat better. One of the most famous mouthpieces of all time is Paul Heyman, manager of Brock Lesnar. 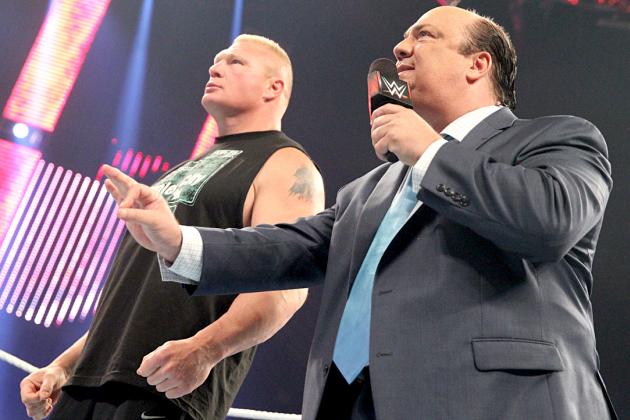 The Muta Scale is similar to the Richter scale. Unlike the Richter scale (which goes from 1-10), the Muta scale goes from 0.0 to 1.0. It was created after a match between Hiroshi Hase and The Great Muta, where Muta lost a lot of blood after a bad blade job. The 1992 match has a Muta scale of 1.0, and fans may use the scale to compare it to other bloody matches.

And that’s all! Thanks again! Best Of British is up next.