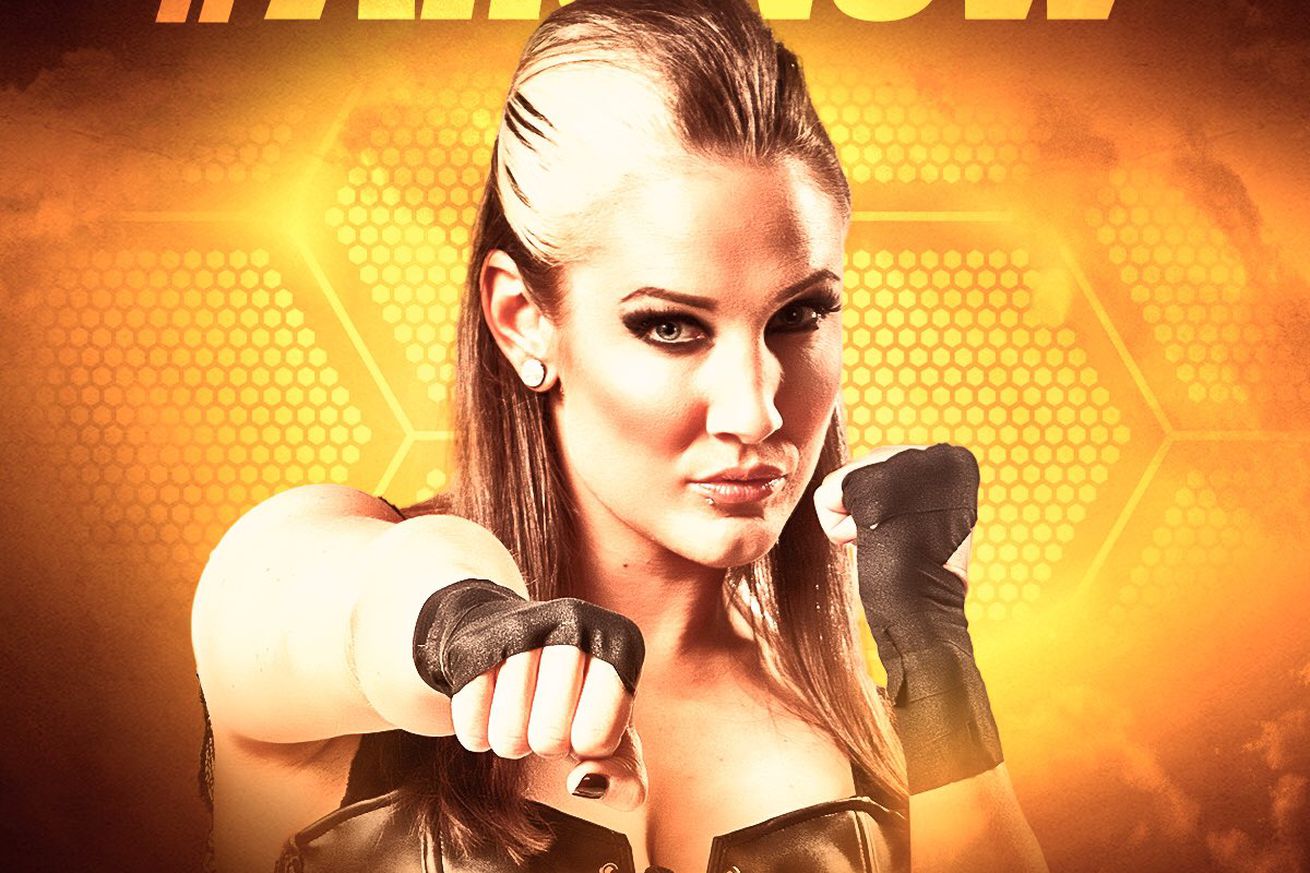 Before the match Lashley was interviewed by Jeremy Borash. He emphasized the stipulation and told Drew he was “in his world now”. After telling Borash to announce him as the new World Champion, JB’s reluctance angered Lashley, so after further intimidation Borash announced him as the new champion.

Sutter is 36 years old and has displayed gratitude for making it to TNA after working for sixteen years as a wrestler. It was face vs. face, so it was a respectable contest with no cheap shots. It showed some of Sutter’s skills, but I felt like Storm dominated too much and Sutter lost too easily in the end. But there wasn’t any hype for the match as it was booked on the night, so it was a decent filler between two title matches.

The highlight was James Storm’s promo beforehand where he talked about how his life was in gods hands, and went on about how if you ain’t doing what you want with your life, you might as well step aside. Without saying it, I felt like he was addressing his decision to return to TNA instead of signing with NXT without blatantly saying it. He wanted the fans to know that it doesn’t matter where he works, as long as he wants to be there and the fans want to drink with him, that’s all that matters. He will always be remembered as someone who did what he wanted and didn’t conform to the rules, and appreciated the company he’s called home for fourteen years.

The match felt a little off to me. I don’t know whether they wanted to make Sutter look good, or like a jobber punching above his weight, but in the end I wasn’t impressed and I think Storm did everything he could to make it exciting. Sutter has the look, and may have good charisma, but we didn’t see anything spectacular which is disappointing.

Dummy Yeah! In a backstage interview Eli Drake’s charisma oozed all over the place as he stated he needed no introduction … and a few seconds later introduced himself anyways. He described Bram as crazy, and recognized the threat to this title. After losing his train of thought, Eli recovered it and ended by saying he would be “the champion forever and that’s just a fact of life!” I can’t get enough of E — Li —– Drake.

Eli made his entrance and tried to get up on the turnbuckle, slipped backwards, and recovered enough to not fall on his head. I laughed out loud. Despite the hilarity I freakin’ loved this match. Bram brought the intensity, and I had no clue whether he was being a face or a heel, but he’s English so I don’t really care. I think the fans weren’t sure who to cheer for so they directed their hate towards Eli.

Later in the match Eli stood on the ring ropes looking out at Bram, almost slipped again, corrected himself, and flipped backwards out of it. Again he sold his disbelief, and told the ref to check the ring ropes and turnbuckles while trying not to blush from embarrassment. One of the biggest events of the year for TNA and he messes up twice. It was only eight minutes long but it didn’t feel like it. With the time they had, they put on a solid match for the KOTM Championship so I’ll award their efforts with a higher rating.

Mike Bennett in a backstage interview before the match. I’m not sure which was hyped more, this feud or the Hardys. Either way. it felt like TNA hyped them more than the World title match.

These guys are true pros, but the match never clicked for me. There were too many false finishes and the One Percenter does not look good when it takes three to finish someone off. Maria getting involved was predictable, and in the end it came to nothing as EC3 put an end to this feud. The rivalry succeeded as it cemented Bennett as a main event player going forward, and while he was defeated, it will not take him away from the position he’s earned.

With all the hype and promotion, the match underperformed and should have gone over twenty minutes instead of fifteen. With three One Percenters and other big moves happening one after another, there was no time to sell offense and build suspense to the finish. The guys did what they could, but inevitably it suffered due to a lack of time. 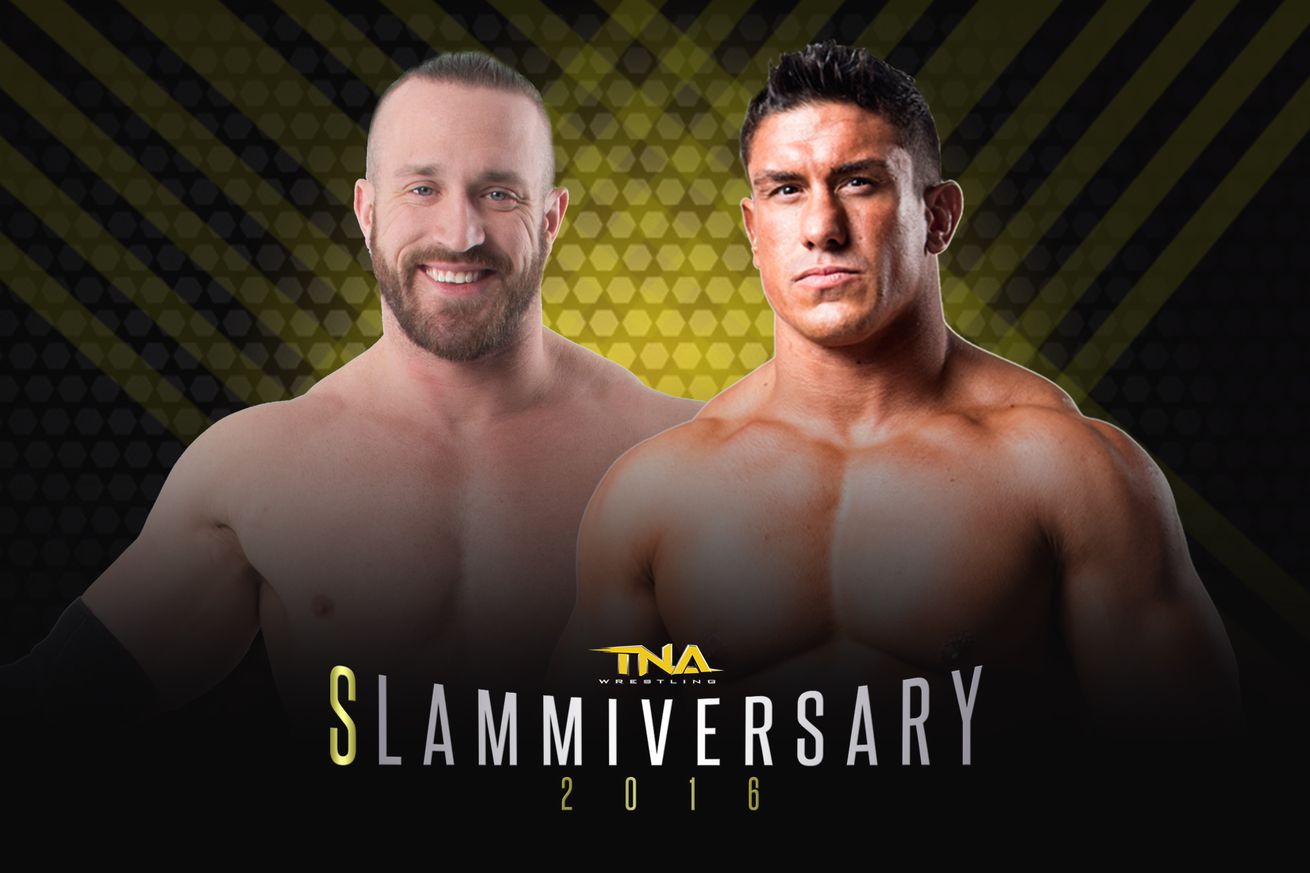 Blah! Ok, let me turn on “Rant” mode. So just last year Matt Hardy was just being one half of The Hardys winning the tag team titles. Jeff got injured, so Matt went into the main event scene against EC3. Matt beat EC3, but then was forced to vacate which lead to the double turn of Matt going heel and EC3 going face. I accepted the change, and I loved to hate the “Iconic” Matt Hardy. It was a stretch at first, but they made it work.

So a few months go by, Matt loses his title and Jeff smashes him through a table. Next thing we know a bunch of Willows show up and Matt reveals a new version of his character. Looking like a mad super villain from a bad movie, not only has he completely changed his look, he’s changed his accent to sound more “proper” (like he’s failing to do an English accent) to cover up his Carolina accent. Dammit, just writing this hurts my head.

So they have this series of vignettes showing Jeff turning up at their old house were it all began. And it’s cringing television, poorly shot and edited, non-existent acting from Jeff, and somehow it received praise by some TNA fans and Dixie Carter defended it?

The part with Reby Sky throwing the baby doll to Jeff is the kind of cheap heat you don’t want to show on TV. They did not need to go this extent to hype an old feud between two brothers. Why is TNA putting in so much time and effort into this feud? Do they think we’ve never seen Jeff vs. Matt? Give them some ladders and that’s all we need.

Ok end rant. Sorry but the build for this has been difficult to process. Imagine your typical Matt vs. Jeff TLC match and that’s what this is. Plenty of jumping off ladders, a few broken tables, and inevitably Jeff comes out on top by doing the Swanton on Matt through a table. Matt also introduced a keyboard to the match. It was the second longest of the night, and in the end I was left wondering why they went to so much trouble to change Matt’s character again and do all the vignettes just so Jeff could keep him in his shadow.