Hard to rate. Nothing we ain’t seen before, but to work this match is always a risk so kudos to them. I’m beginning to wonder if The Hardys are taking too much airtime and money from TNA, and whether they really need to be hyped so much at this point. I’ve seen better matches between them. Maybe I’m being generous with the rating, because I know any Hardy fans would have enjoyed it. Bump it down by at least half a star if you’re tired of Jeff vs. Matt. 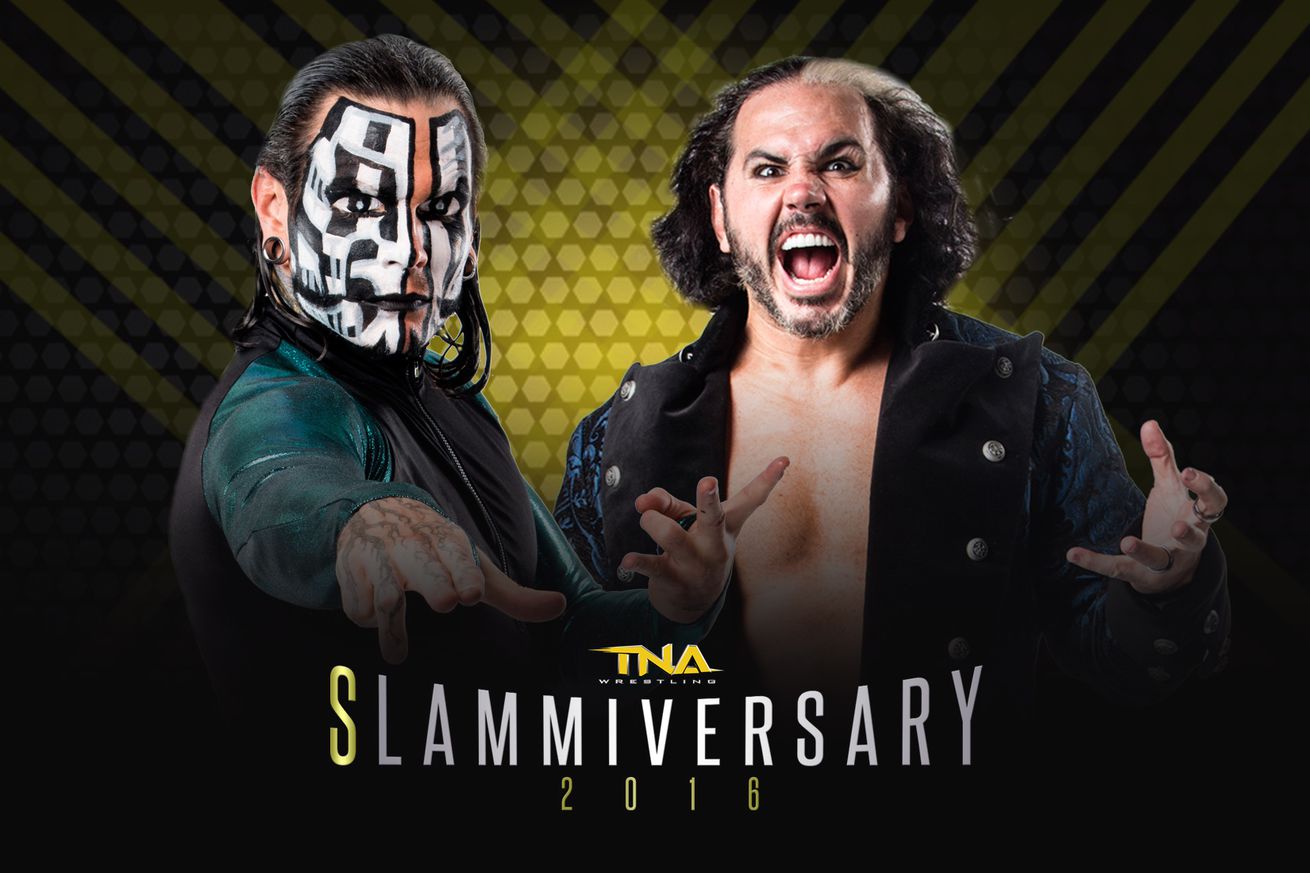 Abyss revealed his secret; he’s beautiful. Loving his work with Decay, and Crazzy Steve is getting some mic time as well. Strangely enough (or maybe not) I didn’t want The Bromans to win because I guess I would rather side with Decay than two Jersey Shore wannabes. Then again … they do have Raquel.

An exciting match! I liked the dynamic of the girls getting involved and not holding back. Also we got a bunch of mists from Rosemary and Abyss. Nine minutes of action to bridge the gap between main events was a good call. Fairly obvious Decay would retain so it made for a good toilet break for those in need. Either way it didn’t have much hype and while The Bromans worked well, they never looked like the better team. Abyss finished it in style by throwing his partner on to Jessie for the win, much to the delight of the beautiful monster.

Drew Galloway (c) vs. Lashley – Tap Out or Knockout match for the TNA World Heavyweight Championship

Oh man, this was a brutal contest. Drew smashed Lashley in the face and busted him open near his eye. This was really physical and heated and I have to applaud both mens efforts. You have two guys who could have been something in WWE fighting over this title and they went all out on the night. Loved how Drew got the Claymore off early, and used submission holds like the Iron Maiden and Sharpshooter to go with the stipulation.

Having no pins really added to the match. It was great to see two guys fighting constantly with no breaks for pinfalls. Lashley hit his spear halfway through the match as well. Unlike the EC3/Bennett match, they spaced the finishers out instead of leaving them til the latter half. After Drew crashed through a table, he returned with blood on his face and tombstoned Lashley.

Drew tried for the Claymore, Lashley sidestepped and delivered an MMA-like punch to the head knocking Galloway down. A gazed Drew passed out to the arm triangle choke and the referee wasted no time getting Lashley off him as Drew was knocked out.

While the main event felt like the third most important match on the card, in my opinion I felt like it delivered more than the others. It was brutal, intense, and the both men put in a great performance. Yeah … it’s Drew vs. Lashley, it’s not The Rock vs. Stone Cold, but for what these guys can do in the ring, this is their best worked match together so far. I’m sad to see a fellow Brit lose his World Championship, but he went down fighting and I’m proud of that. With that said I’ll rate it with the following as it exceeded my expectations, and they put everything into it.

To conclude, the PPV was decent, but it was far from great. It was lacking in production and looked like an Impact taping. With only 1,500 in attendance the crowd didn’t add much noise. There were no terrible matches, which is great … but with nine contests in three hours the main events lacked time and they suffered as a result. We could have done without the first tag match, and perhaps Gail Kim could have been added to the Knockouts title match before the show aired.

With only two major PPVs a year, you would assume the company would splash out a little and make Slammiversary appealing and memorable, but they didn’t so I’ll end by saying it was good but I’ve seen better episodes of Impact. The talent were great, but the company should not be proud of this event. Where’s the excitement? Why is the X-Division second-rate? Who is Sienna? And why is Braxton Sutter getting a match against James Storm after winning one match on TV? So many unanswered questions, perhaps someone can clear those up for me.

Thanks for reading everyone. See you again soon.