The details of Melina’s call up to Wrestler’s Court remain blurred, but there’s several examples of the former Diva being difficult to work with; so much so other wrestlers have compared her to Sunny. One time Lita kicked her out of the locker room, so she had to change in the hallway. She had an altercation with Sharmell (a week after Booker T and Batista had their backstage fight) in 2006. Candice Michelle had heated words with Melina over a wrestling move Candice was using (although on that occasion, Candice was proven wrong), and Taryn Terrel stated Melina was the only Diva she was warned (by WWE personnel) about in 2007.

Maria Kanellis had nothing nice to say about her after leaving WWE, and Brooke Adams (Tessmacher) went further by saying she was the only person who liked Melina, but still labelled her as a “rude, fake, bitch to everyone”. She also told a story about Melina spreading a rumour and trying to turn Layla and Kelly Kelly against her. In OVW, Melina expressed her hatred for Mickie James and Angel Williams (Angelina Love) by posting negative comments on the forum of her official website. After Mickie James was promoted to the main roster in 2005, Melina posted the following:

“I know that there’s going to be people who don’t understand. I’m sorry… I can’t help the way I feel about HER (I Hope you know who HER is). I tried my best to get along with the girl. It’s just not meant to be. I don’t know if you’ve seen America’s Next Top Model and how cady girls can be on that show… well, welcome to my world with HER. She hated me from the day I showed up to Louisville. She made sure my life there wasn’t great. You WOULD think it was a new person thing, but when new people came around, I was still the one who got her rudey poo. But you know, as she tried to break me…. I just got stronger and tried harder. Our work got us on tv and She hated that I was on tv first. “She hated that I got any attention at all.

You know…. I don’t consider myself pretty. Not at all. Not like the other girls. And I am cool with that. Like I have said before, looks come and go but the way I am, the way i treat people and the things I accomplish in life… that can never be taken away from me. I can die right now knowing how I touched peoples lives…. I know that I did things on my terms. I never took off my clothes, kissed ass or slept with anyone to get my spot. I worked hard. I’m not perfect but I give the people my all.”

Continuing with examples of her behaviour, the biggest example would be the Wrestlemania XXVII team of John Morrison, Trish Stratus and Snooki. Kelly Kelly was originally scheduled to be in the match, but it was a ruse to slot Snooki in at the last-minute. Melina assumed she had a spot in the team, but it was announced Trish Stratus would come out of retirement for the six-person mixed tag match. It’s known that John Morrison had purposely snubbed Trish before, and during the match, and wanted nothing to do with her ideas. This was unlike Morrison, so Trish was upset and confused by his behaviour. It’s believed Melina had been in his ear for weeks, and he may have resented Trish for “taking his girlfriend’s spot”.

Paul London has previously talked about Melina’s case happening at 3am in a hotel. Wrestler’s were asked to come down from their rooms and witness the event; which London said was “stupid”. In a shoot interview, London said The Undertaker was the judge for the case, and the boys were taking bets on how long it would take for Melina to cry. Sadly, there’s no more details about the case itself, so why it happened, and what came from it, remains unknown. 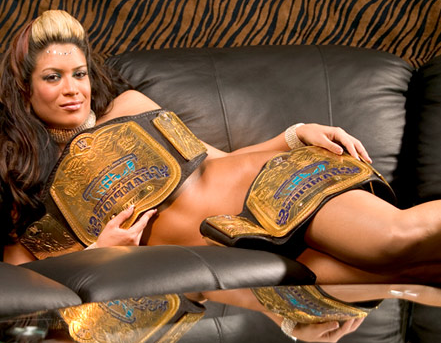 I would like to give credit to this article from 2005 for shedding light on the Billy Silverman situation. The piece explains it in more detail, so I’ll summarize below.

– When WWF bought WCW, the WWF wrestlers knew the WCW guys were coming, so they expected them to be respectful of their backstage etiquette. They wanted to prove to the WCW guys they were successful because they had unwritten rules to abide by, and there were no exceptions.

– Billy Silverman decided to book himself in for First Class on his first flight as part of the WWF. What he didn’t know was that it was seen as disrespectful for someone who just joined the company to book themselves in First Class with the veterans. Kurt Angle felt the need to inform Silverman of the “rules”, as he didn’t want Silverman to get heat with the boys; it took a while til Angle himself felt he could book in to First Class after joining the company.

– Despite the warning, Silverman didn’t understand. He didn’t get the concept of having to earn your tenure before booking in to First Class. Angle tried to explain it, but Silverman didn’t care, and by not caring he made himself a target for hazing.

– Silverman was summoned to Wrestler’s Court. He was found guilty of breaking basic etiquette, and his punishment was to serve liquor to everyone on a plane ride. He may have been sentenced to do this twice, but the details are not concrete.

– Before Wrestler’s Court, many of the boys insulted Silverman. After the hearing, the insults calmed down, except from one man – John Bradshaw Layfield. While JBL insulted Silverman in jest (which is normal for him), the former WCW referee didn’t see it that way. He soon left the company, and filed a lawsuit against WWE for JBL’s bullying. Nothing came from it, but it’s interesting to note that The Blue Meanie added his own comment in a deposition for the lawsuit. Credit to this link.

“[Brian “Blue Meanie” Heffron], who is roughly 6-1 and 280 pounds, admits he had previously criticized [John Bradshaw Layfield] for being a bully in earlier Internet interviews and gave an unflattering opinion of him during a deposition taken for a lawsuit against WWE filed by former referee Billy Silverman. Heffron said he experienced “verbal intimidation and hazing” from Layfield outside the ring during his time working with WWE from November 1998 to June 2000.”

So you could ask two questions after reading this: Is JBL a bully? Or was Silverman too sensitive for the WWE locker room? You decide. 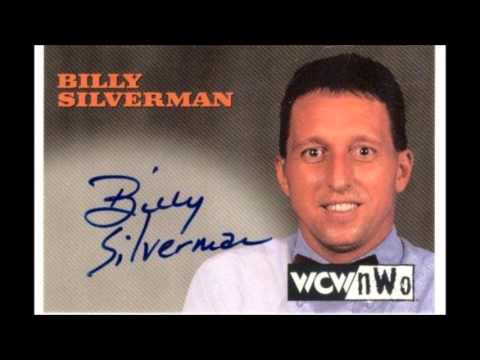 The infamous incident between Goldberg and Chris Jericho is one of the most talked about instances of Wrestler’s Court. Luckily, the details have been ironed out for some time, and I can also provide a video of Jericho talking about it in an interview.

Goldberg and Jericho had a backstage altercation on Bill’s first day in the company. There was still some animosity left over from the WCW days, and by this time Jericho was a veteran in the company, while Goldberg was the new guy. Jericho managed to stop Goldberg’s assault before it began with the only shoot hold he knew from his job as a bouncer; a face lock (or head lock, depending who tells it) which rendered him immobile. Every time Goldberg tried to get out of it, Jericho cinched it in harder. He kept the hold on til others came to separate them.

Word got around that Jericho took the mighty Goldberg down by himself. Even Vince McMahon heard about it, and he laughed it up as he couldn’t believe Jericho had taken out one of the biggest guys in WCW history. Goldberg was taken to Wrestler’s Court, as the boys felt that Goldberg had disrespected a veteran of the locker room.

As the brand extension split Raw and Smackdown in to two rosters, Triple H was appointed as judge. The Game did not hold back any punches, and he immediately found Goldberg guilty of disrespecting the business, and showing disrespect for those who worked their asses off to put him in the main event spot he had.

Unlike previous punishments, Goldberg did not have to buy anything, and he could not bribe the judge and prosecutor with gifts; his punishment was far more severe. Triple H told Goldberg his punishment was to “apologize to Jericho, and to publicly admit that, out of the two, Jericho was the better wrestler, and always had been.”. I’m guessing many fans would have paid a lot of money to see that apology!

And once again we have come to the end of today’s hearing. I’ve included a video of Chris Jericho talking about the incident, and while he plays it up like it was nothing, we can still appreciate Jericho for sticking up for himself against the disrespectful and entitled Bill Goldberg. Forward to 2:11 for Jericho’s thoughts on Goldberg. Thanks for reading! WWE Network to Air Special on John Morrison Next Saturday