On Twitter, fans reported that Carmella suffered an injury, with one fan in attendance claiming the injury happened when Carmella hit her head on the ring post.

Carmella was able to walk away on her own after the match.

In a tweet of his own, Carmella’s husband Corey Graves made it clear he was unhappy that he only learned of the injury on social media and that WWE did not contact him.

“LOVE learning that my f*cking wife got injured at a live event via Twitter.”

Graves later deleted the tweet, but a screengrab can be seen below. 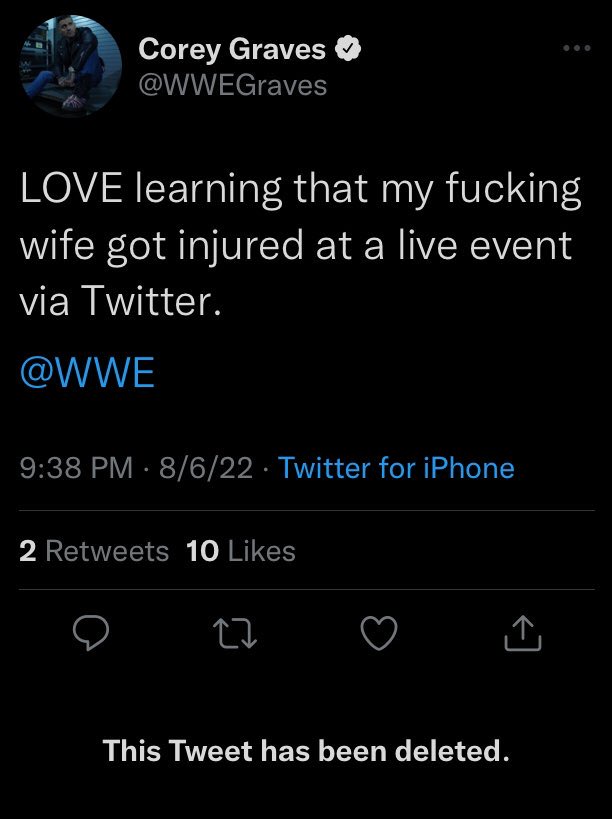