Controversial UFC Fighter Conor McGregor teased a run with WWE where he produced a photoshopped image of himself holding the UFC Heavyweight Championship and the WWE Championship over his shoulders. He teased a showdown with WWE CEO and Chairman, Vince McMahon in a post on Instagram. 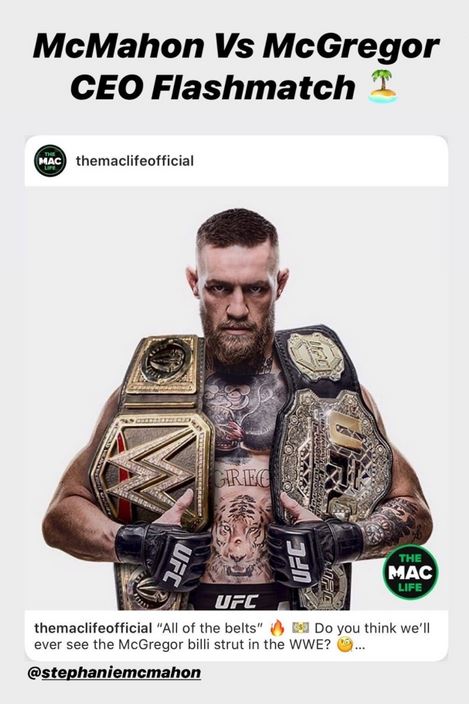 WWE Champion Drew McIntyre wasted no time in responding to McGregor. The WWE Champ was not impressed at all with McGregor’s choice of words when he challenged Vince McMahon to a fight.

Big man @TheNotoriousMMA picking a fight with ANOTHER 70 year old, you couldn’t drop a guy in a pub, you have no chance against Vince. You’re just the latest guy thinking he can have his PR team stick my title on his shoulder & walk into our world. Stick to whiskey McTapper https://t.co/kwgt0EKdAa