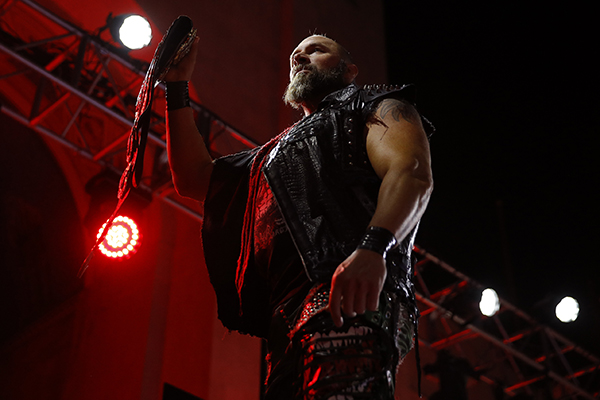 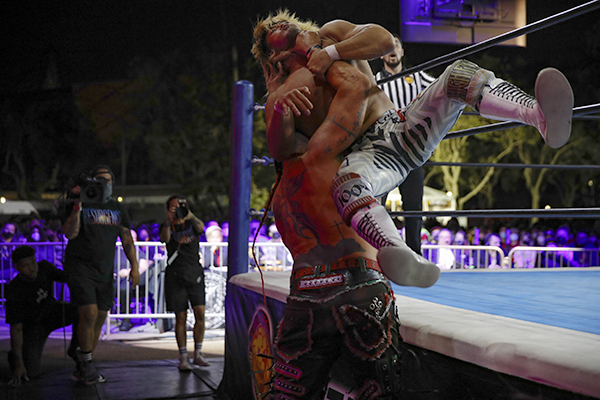 Archer stormed to the ring to face off with the Ace, and twice flung him from ‘his’ ring, taunting that Tanahashi should ‘get your ass back to Tokyo’. When Tanahashi’s attempt to slam his huge foe failed, the ever resourceful challenger instead went to the knees of the big man, but was lariated to the floor as Jon Moxley retained a watching brief.

Maintaining control, Archer landed a cannonball tope from the apron, and as his challenger tried to rally on the floor, rocked Tanahashi with a blistering elbow. As boos rained down on Archer, the champion was in firm control, as a struggling Tanahashi was rolled into the ring at the five minute mark. 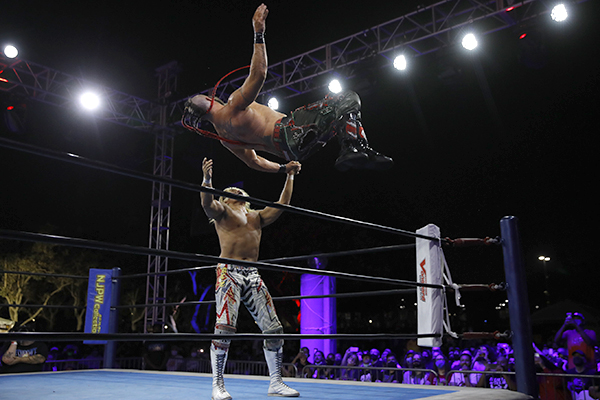 As the fans started to chant for the Ace, Tanahashi responded with strikes, only to be met by an Archer Pounce for a two count. Massive back elbows followed, and Archer barked at the time keeper to ring the bell for a ‘done’ Tanahashi, whose attempts to fire back were quickly and firmly denied. Archer looked for the kill with a chokeslam, but a Dragon Screw saw tanahashi finally mount some offense, as the ‘go Ace’ chants rang out.

A flipping senton followed for the challenger, who wanted Archer up for Slingblade, but was met instead with a big boot. Back outside, and Archer connected with a chokeslam to the apron before taking the Ace for a rope walk and a moonsault for two. Closing in on victory, Archer scored with Blackout, but Tanahashi’s foot just barely made the bottom rope. 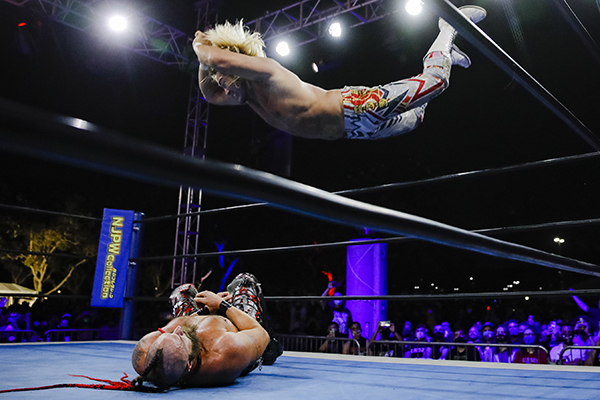 A second attempt at the move saw Tanahashi counter with a modified Slingblade, before the challenger threw all he had behind forearms to the champion. A second Slingblade saw Archer pop up, but A Twist and Shout and third Slingblade put the champion on his back for a two count as the match passed 15 minutes, but it seemed as if this was the Ace’s last hurrah.

Archer removed the corner pad and used it to strike at Tanahashi before retrieving a chair from ringside. With the chair wedged in the corner though, Tanahashi leveraged the champion’s head into the steel, only to see Archer respond with a lariat and Black Hole Slam, drawing two as Archer grew ever more frustrated. A superplex attempt from the champion was blocked by Tanahashi, who uncorked left hands and found enough distance for a High Fly attack and High Fly Flow to the back; a second connected flush to crown a new champion. 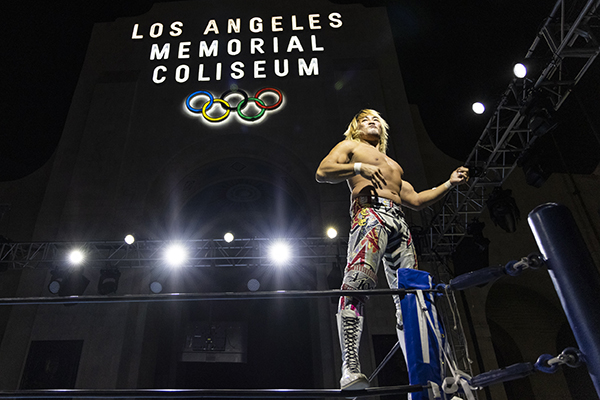 Post match, Archer told the now second ‘grand slam’ champion that he was ‘truly the Ace of New Japan, and damnit, I respect you, and I always have,’ before saying he wanted Tanahashi to get in the ring in AEW for a rematch. Tanahashi responded that the match would happen one day, before thanking the crowd in English. As Moxley left tanahashi to soak in the moment, Tanahashi sent the fans home happy with an air guitar performance to end a memorable night in LA.