As previously reported here on eWn, one of the very best in New Japan & current IWGP Heavyweight Champion, Kazuchika Okada, was backstage during the most recent edition of Monday Night RAW from Phoenix, AZ. More pictures have arose of Okada from the following night, as SmackDown Live also took over the Talking Stick Resort Arena in Arizona.

Rapper Mega Ran, caught a selfie with the NJPW superstar & stated that the best part of seeing him in the building, was that Okada watched the show in its entirety from gorilla position. The rapper also noted that Okada was very respectful to everyone, greeting every superstar as they came to gorilla. 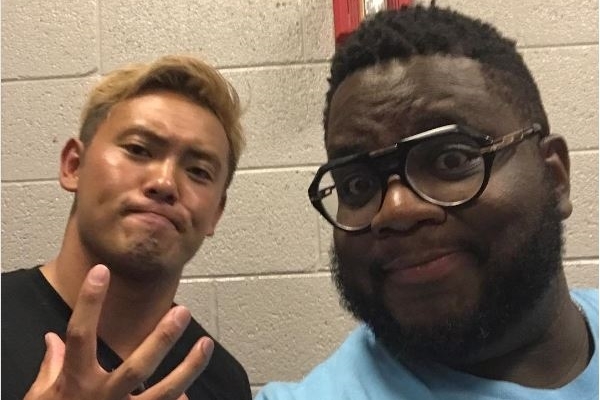