We reported late last night here on eWn that former WWE Superstar Big Cass was involved in a backstage incident at Saturday night’s WrestlePro farewell event for owner Pat Buck. He was wrestling his last match for the promotion after signing on with WWE as a Producer.

Cass was booked as an unadvertised surprise to appear in a battle royal. According to several people backstage, Cass was acting “aggressive and erratic” over the course of the evening. His behavior led to several incidents and he was eventually kicked out of the Rahway Rec Center in Rahway, NJ, the venue for the event.

Over the course of the evening, Cass confronted AEW Superstar Joey Janela in a threatening manner and was apparently “looking for a physical confrontation.” Cass was reportedly upset over Janela’s run-in several months ago with Enzo “nZo” Amore at a Blink 182 concert. There is one person who was backstage that claims Cass slapped Janela and it led to a “chase” with Big Cass “running and stumbling” after Janela backstage. For what it’s worth, Cass and Janela had been in the same locker room the night before for Northeast Wrestling and there had been zero issues at all. Some people believe Cass may have relapsed on alcohol or drugs on Saturday night (some are saying an alcohol/Xanax mix) and that’s the reason he was acting the way he was last night.

When WrestlePro’s Kevin Matthews came up to Cass on Saturday night, he was able to defuse the situation in the heat of the moment. Later on, Cass continued to be loud and belligerent towards Janela to the point that Dan Maff warned WrestlePro officials that if Cass wasn’t calmed down, he was going to have to step in and handle the situation himself. For those unaware, Maff is known for being extremely professional backstage and even he was pissed off to the point where he felt he was going to have to step in. Maff and Janela were both moved to a private room so they could call their match without distraction and to keep Cass separated from them.

Following that, Cass then made his way through the locker room and accused several people of stealing a sweater he owned. He was slurring his words while making the accusations. Then he began threatening that he was going to “take care” of the entire locker room, insinuating he was going to beat people up.

Cass continued down the hallways and eventually ended up in a smaller backstage room with AEW stars SCU and Pat Buck. They were in the middle of putting together their main event match for the event. Once again, Cass began accusing the people in the room of stealing his belongings and acting in a threatening manner and threatening to fight all of them. He then turned to Buck, who was sitting down and said, “What are you going to do, tough guy?” and spit in Buck’s face.

Buck then reportedly got up and punched Cass in the head and took him down with that one punch. Buck then grabbed Cass and controlled him on the floor as other wrestlers stormed in and pulled Cass out of the room. Once Cass was down on the floor and trapped, his entire demeanor changed as he went from aggressive and threatening to questioning why he was hit and asking what was going on.

Local police who were in the building (the Rahway police station is next door to the Rahway Rec Center so there are always tons of on duty and off duty officers who stop by to visit) were asked by WrestlePro to escort Cass from the building. Cass was removed from the building and Buck’s farewell went on as planned.

The general consensus in the locker room was that Cass was extremely unprofessional, particularly since he had been trying to redeem his reputation in the business and had been given an opportunity by WrestlePro. Many wrestlers backstage were so angry that the belief is that they would have thrown Cass out themselves had he remained in the locker room.

Many were also sympathetic to Buck who was put in a tough position to have to defend himself on a night that was important to him personally.

According to several fans who attended the event, Cass remained outside the venue after WrestlePro ended and it appeared local police were searching his car. At one point, Cass sat down on the sidewalk and according to three different fans, he began loudly making remarks about himself to the point that authorities called for an ambulance to take Cass to transport him to a local hospital. 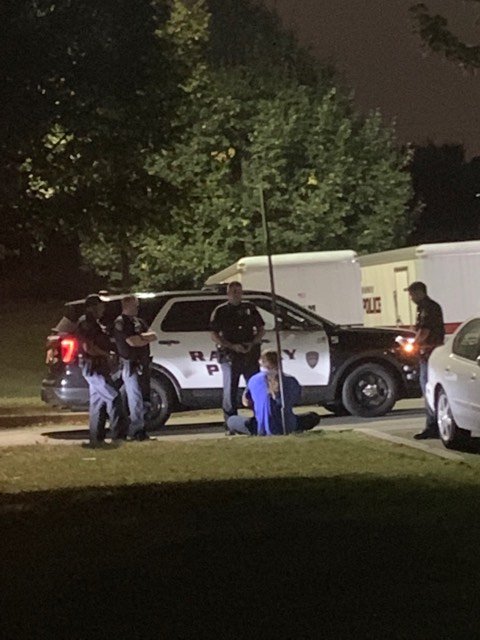