San Jose Civic to see Battle in the Valley this November! 【NJoA】 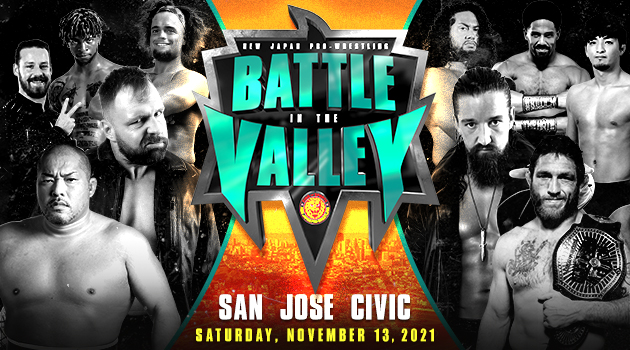 Fans at the Torch at L.A. Coliseum were treated to a special announcement during Resurgence. California will not have to wait too long for more live NJPW action as Saturday November 13 sees New Japan return to the San Jose Civic for the first time since the fall of 2019 and New Japan Showdown.

Battle in the Valley will see some huge names collide, including Jon Moxley, Tomohiro Ishii, Jay White and more for a major caliber event! Tickets will go on sale on Tuesday August 17 with some major announcements to be made very soon!

NJPW BATTLE IN THE VALLEY

‘Man of the Hour’ Lio Rush

‘Mr. No Days Off’ Fred Rosser

More names and match cards to be announced