NJPW of America’s Lion’s Break Project saw bright future prospects battle NJPW’s best in the Anaheim Convention Center in 2018 and 2019. Now, we are thrilled to announce an evolution of Lion’s Break with “Collision”, a weekly broadcast event on NJPW World through July.

Starting on Independence Day Eve, Friday nights at 10PMe/9c see the present collide with the future, as the best young stars take on big established names, and new figures step up to the plate!

Chief among those new names? Former Major League Wrestling World Heavyweight Champion and Ultimate Fighting Championship alum ‘Filthy’ Tom Lawlor. Lawlor’s track record in MLW and the UFC show he isn’t to be messed with; now he sets foot in a New Japan ring for the very first time!

Collision kicks off on FRIDAY, JULY 3 with the following matchups! 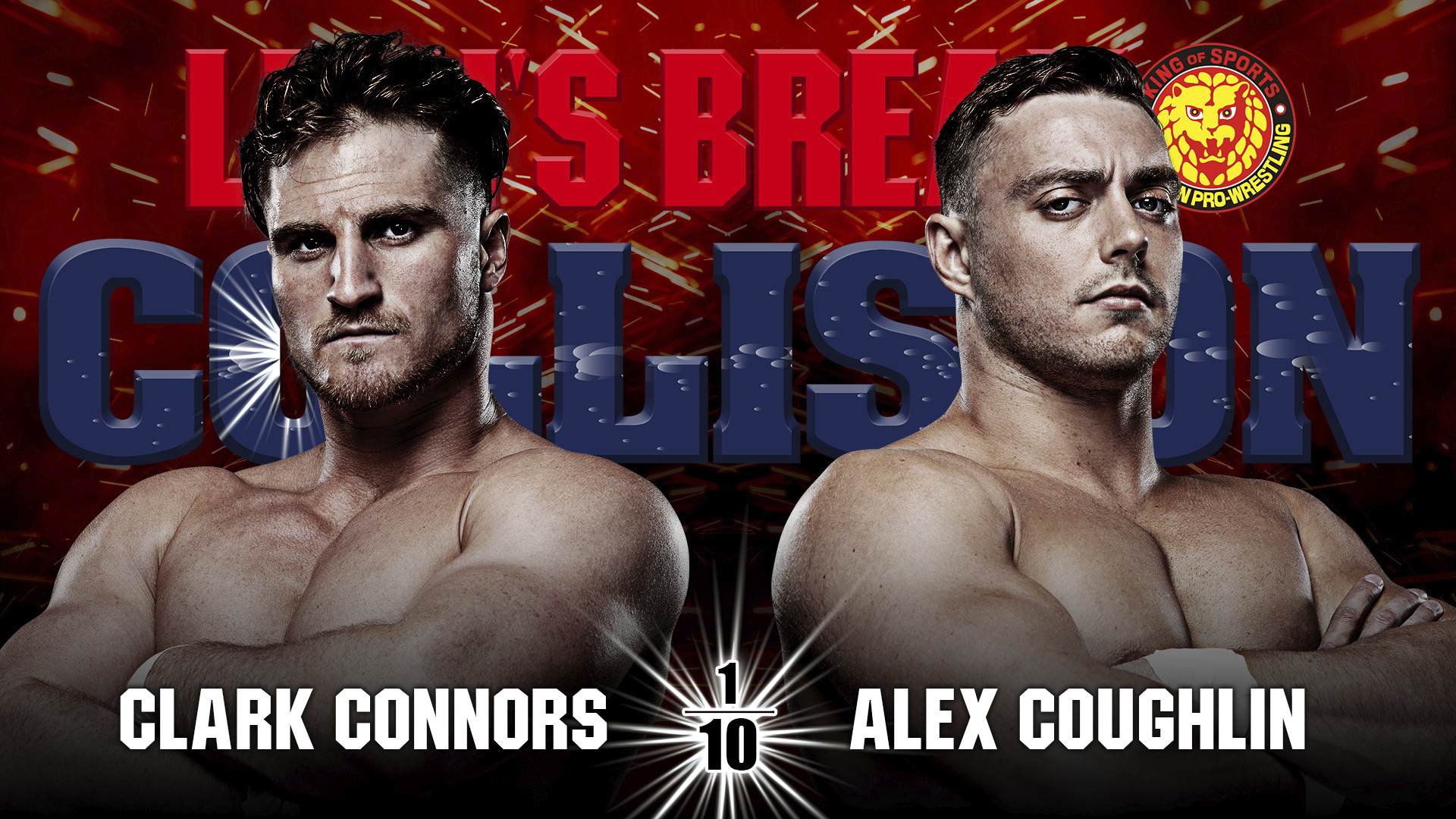 Clark Connors will take on Alex Coughlin in one on one action. On his way to a 4-3 record in the Young Lion Cup, Connors drew many an eye in Japan and the US. After a loss to TJP in the Super J-Cup, he would be taken under the wing of the ‘Fil-Am Flash’ during the Super Junior Tag League, the two managing to record one victory in their campaign over Tiger Mask and Yuya Uemura.

Yet for the hype Connors has received, a loss to Alex Coughlin in the Young Lion Cup definitely stands out like a sore thumb. Coughlin earned his own tough reputation en route to his own 4-3 record in the Young Lion tournament, with some vicious chops and impressive bridging ability being cornerstones of his offense. They take each other on in a bold new beginning for Lion’s Break and NJPW of America. 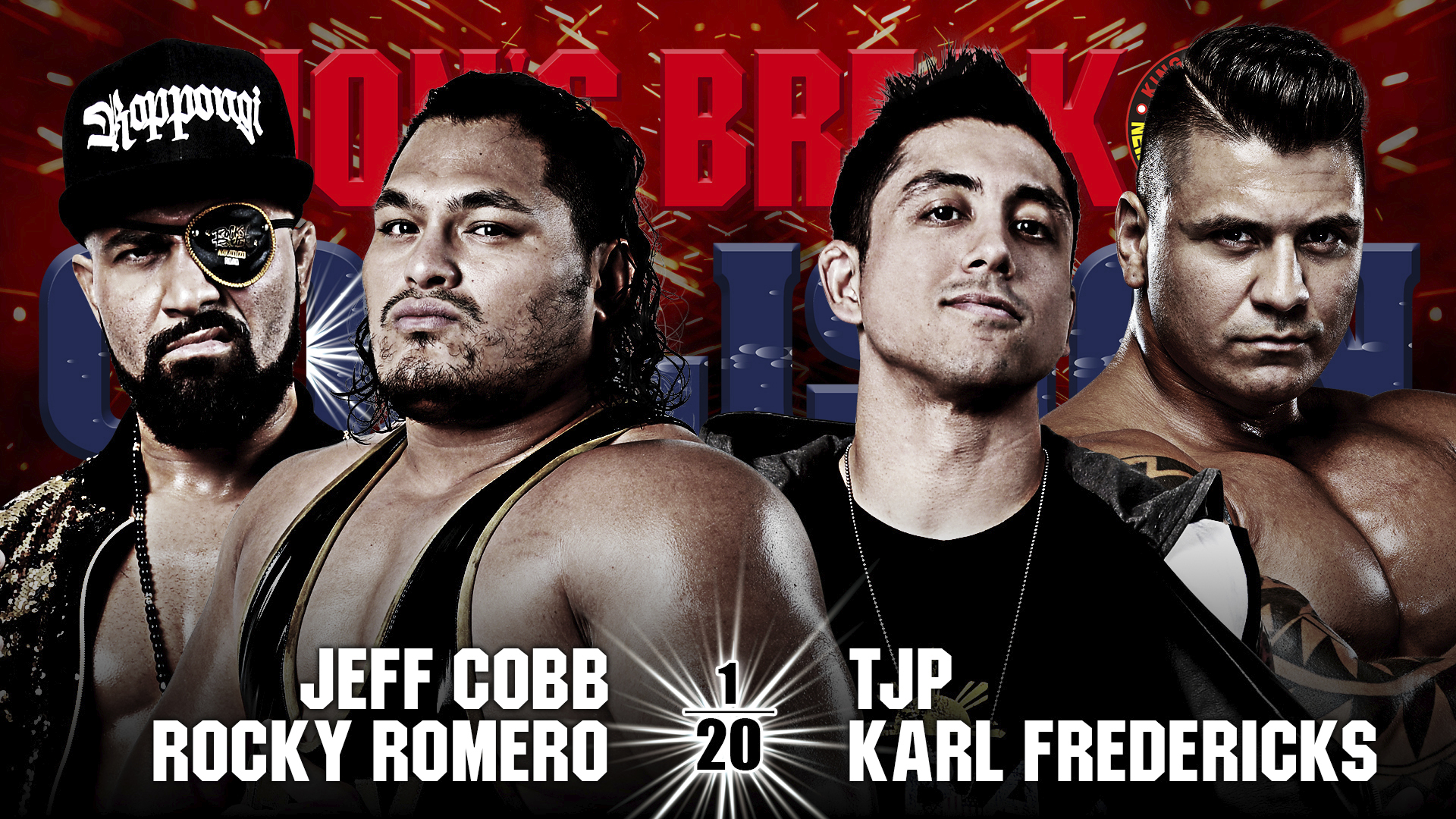 The main event of week one on Collision will pit Rocky Romero and Jeff Cobb against Karl Fredericks and TJP. Winner of the 2019 Young Lion Cup, Fredericks was also on the winning team of NJPW’s first match of the 2020s, when he teamed with Alex Coughlin, Clark Connors and Toa Henare to emerge victorious on the Wrestle Kingdom 14 night one opening match. Now with a keen slate on NJPW’s return, Fredericks seeks to make a huge mark on 2020 at Collision.

TJP made his return to NJPW rings in the Super J-Cup last year, and took Clark Connors under his wing in the Super Junior Tag League. This veteran and up-and-comer team could make a huge impact, but Romero and Cobb could present a combination of power and technique too tough for anyone to overcome!

Cards for later broadcasts to be announced. Spectators will not be present for Lion’s Break Collision matches.