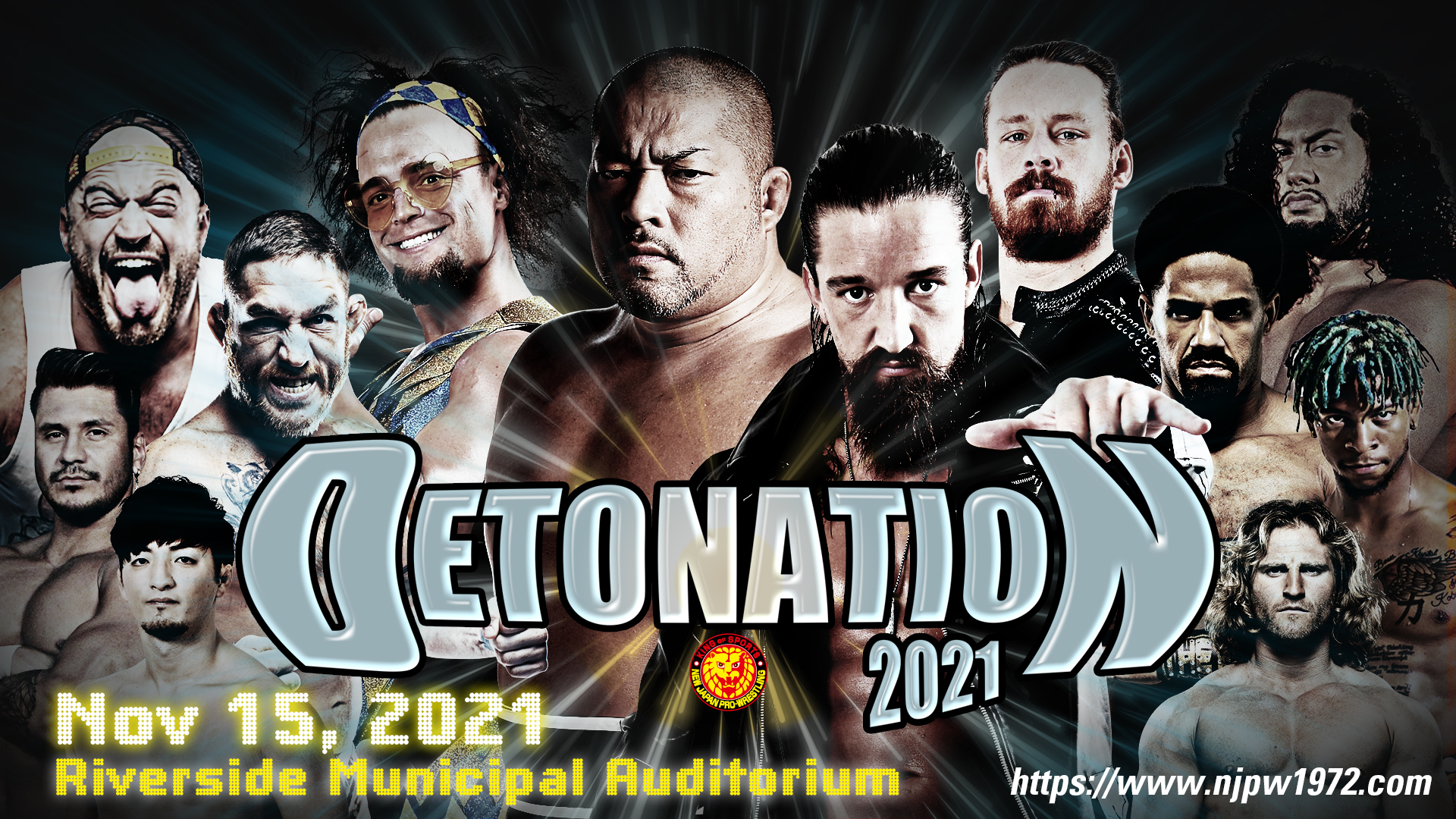 The action for NJPW fans in Claifornia this November doesn’t stop at the major Battle in the Valley event! Big names and STRONG action will be in store for attendees at Detonation November 15!

The Riverside Municipal Auditorium will host NJPW action for the very first time, with tickets going on sale at 9AM Pacific on August 17. See Tom Lawlor, Jay White, Tomohiro Ishii and many more!

‘Mr. No Days Off’ Fred Rosser

‘Man of the Hour’ Lio Rush

*More names, match cards to be announced at a later date