Global Force Wrestling had a taping in Orlando, Florida for future episodes of Impact Wrestling; they will air on September 14th and 21st. The results are down below (via Wrestling Inc):

* Grado won a match against a local wrestler. After the match, Grado said his plane is going back to Glasgow. Joseph Park came out and said that he was sponsoring Grado’s visa. There was a celebration since Grado can now stay in the U.S.

* Trevor Lee defeated Sonjay Dutt (c) in a “Falls Count Anywhere” match to become the new X-Division Champion. Konley helped Lee to get the win. The match was said to be really fun.

* Johnny Impact, f.k.a. John Morrison, came out to challenge new GFW World Heavyweight Champion Eli Drake. Kevin Matthews came out instead and said that Drake was still in Mexico. Johnny said that it was a lie and that Drake was avoiding him. Matthews asked Johnny to put his #1 contender’s spot on the line, and Morrison agreed, which led to the next match.

* Taya Valkyrie defeated Ava Storie. After the match, Taya said she wants the Knockouts Championship. Rosemary came out and attacked Taya. Sienna came out to help Taya. Allie and Taryn Terrell joined in to give the heels a 3-on-2 advantage. Finally Gail Kim came out and the faces ran the heels off. 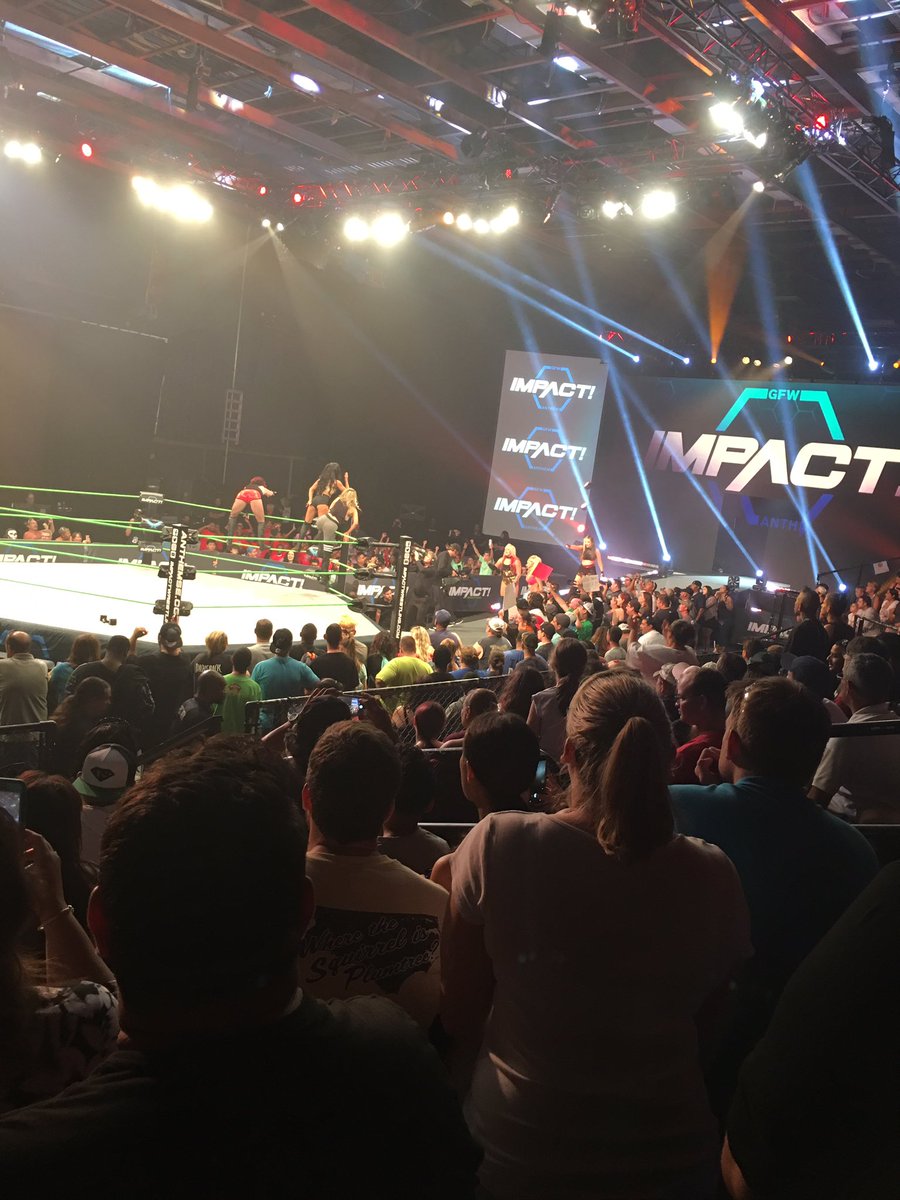 * Laurel Van Ness is back with messed up makeup and is now apparently not marrying Grado. She’s in the crowd looking for a new husband.

* Laurel Van Ness was out again in different attire 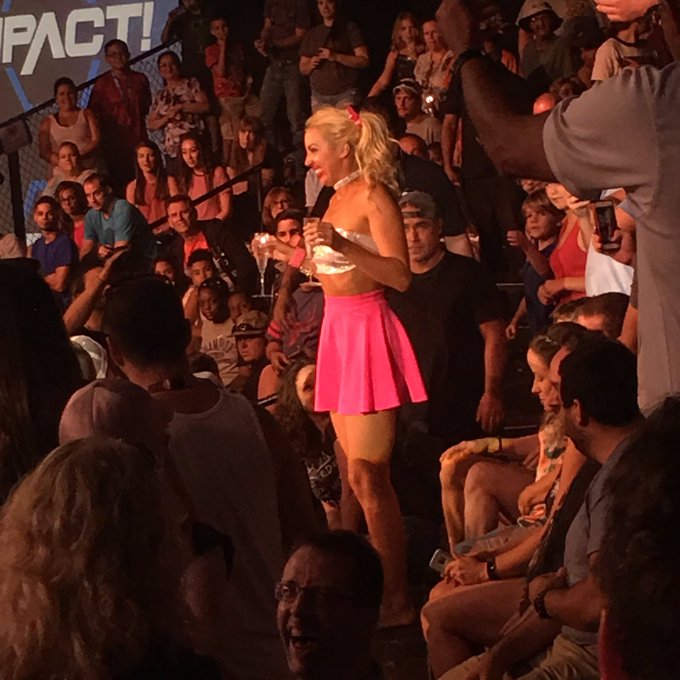 * Main Event #1 Contender’s Match: Johnny Impact defeated Low-Ki. After the match, Eli Drake comes out and stares Johnny down. Chris Adonis comes from behind to attack Johnny. Adonis and Drake beat down Johnny and Drake stood tall with the belt to end the tapings.