TMZ reports that Ronda Rousey suffered a gruesome finger injury on the set of FOX’s “9-1-1.”

The injury happened when she was shooting a scene in Mexico last week where she was supposed to slam a door during a dramatic action moment but ended up crushing her fingers.

Her middle finger was broken and her tendon was nearly severed. Rousey then went back to work the next day. You can see the photo here but it’s nasty. 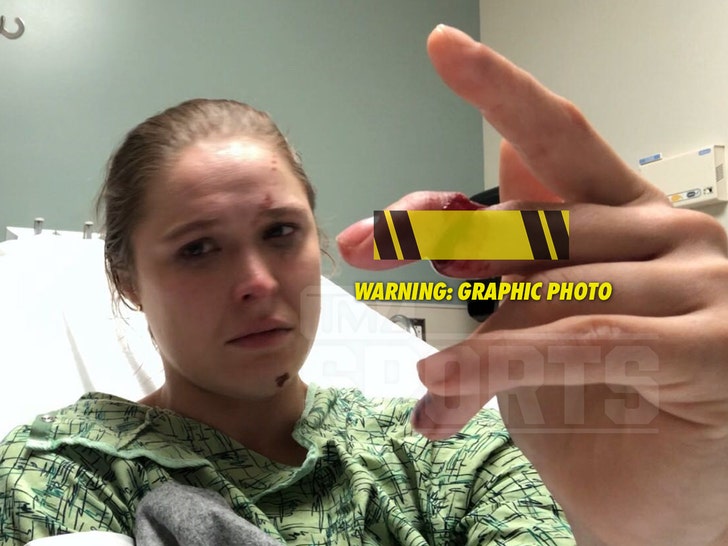