RETRIBUTION wasn’t afraid to defend their creative direction in WWE, with T-BAR taking a shot at CM Punk for mocking SLAPJACK.

The members of the stable officially made themselves known on RAW. SLAPJACK (Shane Thorne), T-BAR (Dominik Dijakovic), and MACE (Dio Maddin). CM Punk had taken to Twitter to crack a joke about SLAPJACK’s mask earlier, which drew a response from T-BAR. 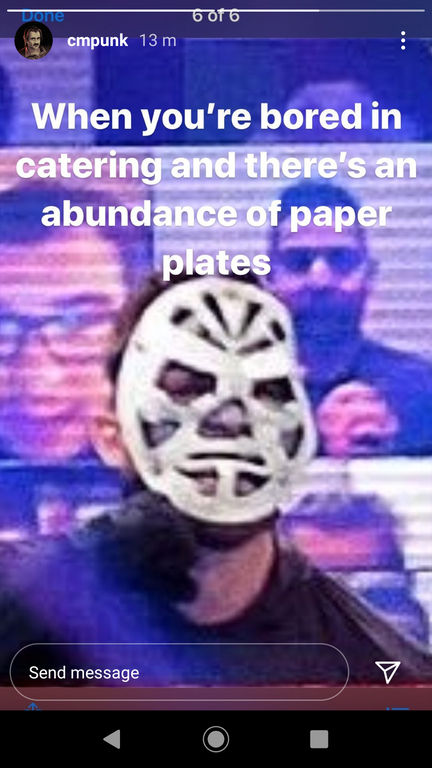 To @CMPunk: You mock my brother SLAPJACK because you are a coward like every current and former @WWE Superstar. You tease leading RETRIBUTION but we will not follow you to failure like your New Nexus. We will destroy this place piece by piece, including you if you ever show up. pic.twitter.com/doDTTmiExW