WWE’s official Twitter account has taken a dig at AEW and MJF following Edge’s appearance on this week’s RAW.

During the show, Edge spoke about his new persona and his upcoming WrestleMania 38 match with AJ Styles.

In a since-deleted tweet, WWE referenced Edge’s line “I am better than everyone” and added “And Edge knows it,” a nod to the line often used by MJF, where he says, “I’m better than you and you know it.”

An updated tweet without the reference to MJF was later uploaded.

Styles and Edge will face off at WrestleMania: Sunday on April 3.

You can check out both tweets below. 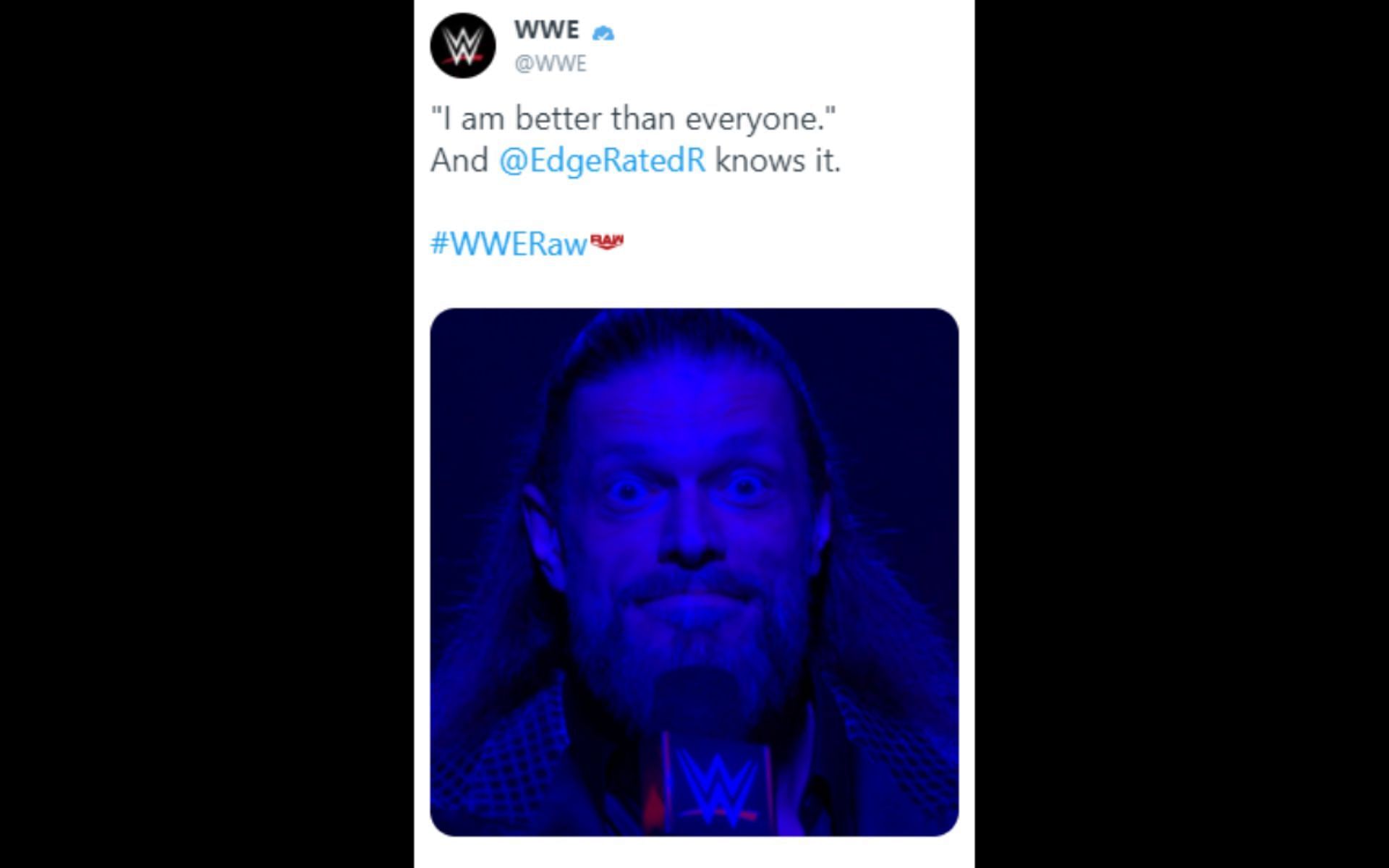